A massive volcanic mountain range, the Cascades, bisects Washington. Along the flanks of this iconic range, national forest land offers intrepid motorcyclists a network of backcountry roads and trails through some of the most adventurous terrain in the Lower 48. In 2010, Washington local Paul Guillien was part of a team of four riders that first traversed a long-distance route through the Cascades, starting at Washington’s southern border with Oregon and ending at its northern terminus at the Canadian border.

The experience led Guillen to co-found a non-profit, Backcountry Discovery Routes, dedicated to creating more off-highway routes for dual-sport and adventure motorcycle travel. The idea was not only to traverse some of the wildest, most scenic land in America, but to produce maps and documentary-style films of their expeditions so others could safely and responsibly follow in their tracks. In ten years, Backcountry Discovery Routes has created ten such routes. The majority are in the West, but there is one in the Mid-Atlantic and one in Northeast. And while the route following the Cascade range across Washington is no longer the longest or the most challenging, it remains the organization’s signature trip because of its remote beauty and sheer variety. “You start in temperate rainforest and then it’s this slow-motion reveal to desert,” says Guillien. “You really get the full spectrum.” You also get some surprises. Like the time Guillien encountered a moose on the final section of the route near the Canadian border.

SIX DAYS
ON THE WASHINGTON BDR

After crossing “the Bridge of the Gods,” a modern steel structure spanning the Columbia River and connecting Oregon and Washington, riders negotiate gravel and dirt roads that lead to scenic vistas through the lush Gifford Pinchot National Forest. On a clear day, enjoy peek-a-boo views of Washington’s most magnificent volcanoes: Mount Rainier, Mount Adams, and Mount St. Helens Finish the day with an elk burger at Cliff Droppers.

Climb to 4,500 feet at White Pass, home of the ski area by the same name. Afterward, take the turn-off for Bethel Ridge Road to reach a rocky outcropping that drops off some 500 feet to the Tieton River Valley. The vantage point there serves up the best views of Rainier’s and Adams’s glacier-capped peaks on the entire route.

With miles of twisty, high-elevation two-track and Cascade Range panoramas, this stretch is arguably the most enjoyable section to ride. In the Wenatchee National Forest, riders crest at 6,000 feet on the path along Table Mountain. Look for elk in idyllic Haney Meadow, followed by glimpses of Devil’s Gulch and the Columbia River to the north.

This section begins with a climb out of Cashmere to Chumstick Peak, offering a 360-degree perspective of Washington from 5,810 feet. Later, in the Entiat Mountains, check out the fire lookout at remote Steliko Point, a relic from 1947. The day ends on pavement, following the crystalline waters of Lake Chelan. You’re in wine country now—stay in the resort town of Chelan, or in one of many picturesque campgrounds like Grouse Mountain.

Ascending from Chelan, riders pass a small ski area known as Echo Valley and then enter the Okanogan National Forest, one of Washington’s largest at 1.5 million acres. The remoteness of this section becomes even more apparent as bikers pass through Carlton, a community consisting of a single store and gas pump, before ending the day in Conconully, population 210. Don’t miss the Conconully General Store. It sells everything from fishing tackle and beer, to ice cream sandwiches.

Savor the route’s high point on Lone Frank Pass at 6,667 feet. Then it’s onto the obscure wilderness of Loomis State Forest, home to nearly 8,000-foot peaks, untrammeled stands of lodgepole pine, and a rare lynx population. Once you’ve wrapped around Palmer Lake and are on the final stretch along the Similkameen River to Canada, keep your eyes peeled. You too could spot a moose. 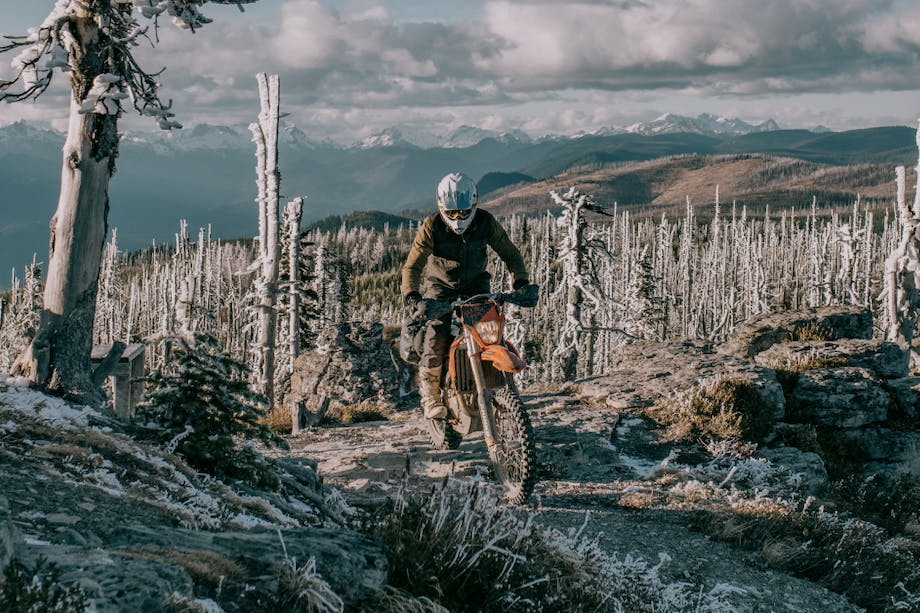 “As a professional motorcycle racer and passionate off-road rider, I’m always in search of longer more adventurous rides every time I’m on the bike. I’ve learned from years of riding trips and racing multi-day events around the world that anything is possible, so you better be prepared. Being properly equipped is a key component to having a successful trip. Following these packing basics and tips will ensure that you have a successful trip in your future.” — RORY SULLIVAN, OWNER OF RADIUS OFFROAD 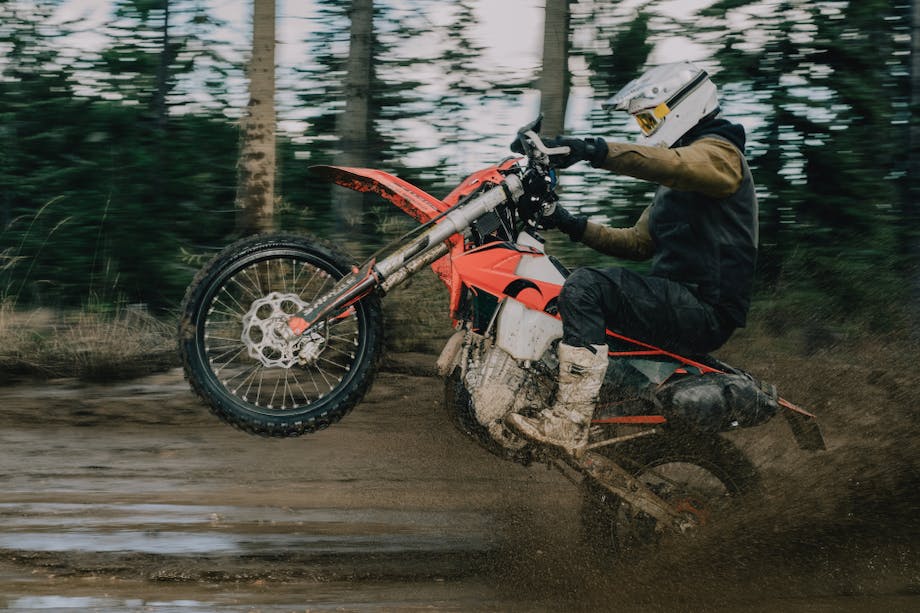 We spoke with Aaron Piazza, group leader on our journey along the Washington Backcountry Discovery Route, about some of the essential pieces of kit that he recommends for backcountry riding. Below he shares his experience with our new Filson Alcan gear, along with advice for what to pack on a multi-day overland moto trip. 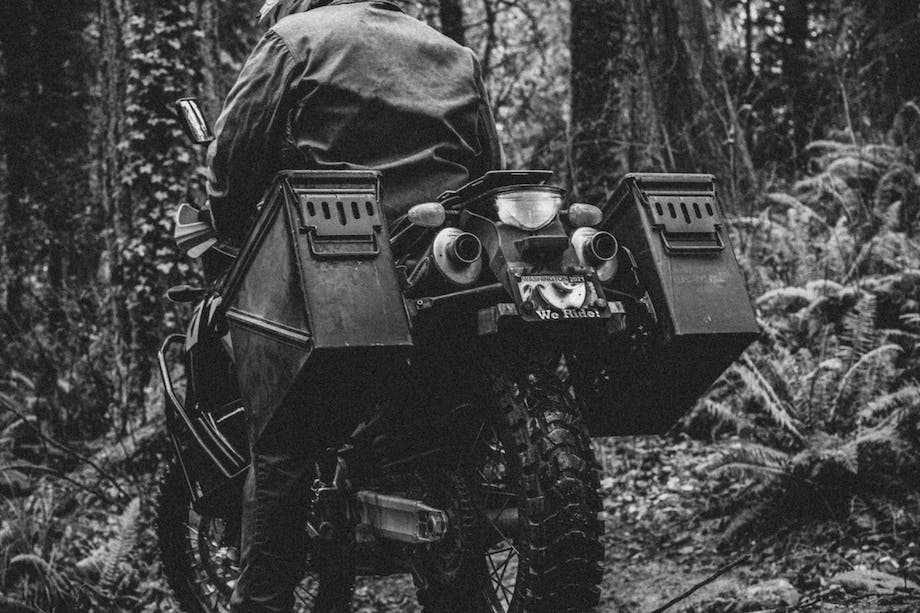 The objective of this build is to come up with a low-cost solution to the more expensive factory-produced or aftermarket panniers used on adventure touring bikes.

Most factory-produced pannier racks have become inexpensive enough and a homemade one takes considerable time to build. So we will concentrate on just the Ammo Can part of the build. The bike used in this installation came used with the factory racks installed, but the installation could be easily modified to fit almost any rack, including homemade. I chose easily available and inexpensive hardware to keep the cost down. You can substitute whatever is available locally. Also, the length of the hardware can easily be modified; if only longer bolts are available, simply cut down the excess threads.