“A-ten-hut!” Cue the sound of many warrior feet coming together at once.

One of the most important pieces of gear in a soldier’s arsenal today, the U.S. Army’s combat boot has been through many iterations over time. In fact, over the past two hundred years, the combat boot was updated for almost every new war.

Soldiers in the Continental Army under the command of General George Washington lacked cold weather clothing and boots during the frigid winter they spent at Valley Forge (1777– 1778). Their painful struggle showed just how vital basic equipment like footwear was to the success of any military conflict, at home or overseas.

The first true boot made for U.S. military service was the Jefferson Boot in 1816, which had the distinctive feature of not differentiating between the left and right foot. Through many conflicts, this original boot has been adapted, updated, and overhauled to produce the modern versions in use by the U.S. Army.

During the U.S. Army’s engagement in World War I (April 6, 1917, to November 11, 1918), soldiers wore a “trench boot,” also known as the Pershing boot (named after the American General of the Armies, John J. “Black Jack” Pershing). Before Americans sported the trench boot, it had been provided to French and Belgian soldiers at the start of the war, as early as 1914. The design replaced the Russet Marching Shoe, which was worn by American soldiers in earlier campaigns, including the Spanish-American War of 1898. While the trench boot boasted an iron plate in the heel and tanned cowhide in the sole, it lacked waterproofing, which became evident once it was in use in the field. Improvements to the design were made starting in January 1918, leading to heavier construction with leather and more water resistance, including a thicker sole. The tradeoff was that the new boots weighed considerably more, leading soldiers to nickname them “little tanks.”

Over time, there have been some nuances to boot design. For example, paratroopers (e.g., 82nd Airborne Division and 101st Airborne Division) were authorized to wear “jump boots.” Historically, these were the Corcoran brand that were made completely of leather and debuted during America’s involvement in World War II (December 8, 1941, to September 2, 1945) with the advent of paratroopers as a fighting force. Officially called the “M1943 Combat Boot,” this style was widely used by U.S. Army soldiers during the Korean War (June 25, 1950, to July 27, 1953). A combat boot was needed for protection from North Korea’s mountainous terrain and brutally cold winters.

Another example of combat boot design for a specific environment was the “jungle boot,” first tested in Panama prior to World War II. Formally adopted by the U.S. Army in 1942, the lightweight jungle boot used both a rubber sole and layers of fused Saran or PVDC (Polyvinylidene chloride) to create a ventilated mesh that allowed moisture to drain but prevented the entry of mud, sand, or insects. Two types were developed: the M-1942 canvas and rubber jungle boot and a later edition called the M-1945 tropical combat boot. These types were still in use by U.S. Army units deployed during the Vietnam War, with improvements made during that conflict to create the M-1966, or M-66, jungle boot. The improved design incorporated a nylon mesh reinforcement in the neck of the boot, along with leather for the toe and heel. The ventilating insoles original to the M-1942 design were also removable in the updated jungle boot. The army briefly tested two prototype designs for jungle boots again in 2016 but ultimately decided against widespread issue of the boots after field-testing was done by soldiers from the 25th Infantry Division in 2017 and 2018.

In the late twentieth century, when all black, all leather boots were a required part of the Army Combat Uniform, soldiers would have one set of field boots, which could get torn up during training, and one set of well-polished “spit-shined” boots for inspection, parades, or just garrison duty. These boots could be worn as part of the dress uniform, with the pants tucked into the tops of the boots.

By the time of the first Gulf War (August 2, 1990, to February 28, 1991), the combat boot had changed to a “coyote-colored” boot to better reflect the desert field environment of Iraq. Along with the change in color scheme, the army relaxed its requirement to have these boots polished, making them both more comfortable and easier to maintain. By the mid-2000s, all U.S. Army soldiers had fully transitioned from the Vietnam-era jungle boot for combat operations to the desert-style boot.

The army’s new combat boot has evolved to account for other potential environments beyond the desert. Cold weather boots have been designed for troops in frigid environments at higher elevations, such as Alaska and Afghanistan (the latter currently the site of the longest U.S. war on record, from October 7, 2001, to today).

Section AR670-1.18.4 in the U.S. Army manual defines the characteristics of modern combat boots in use today. Each solider is issued two hot weather (HW) and one temperate weather pair of boots. At their discretion, soldiers may acquire an additional set of boots for their own use, but these must meet several requirements in order to pass muster. Materials must be genuine leather, with only cow or cattle-hide leather qualifying. All combat boots also need to be a certain size: eight to ten inches tall, with a sole height of two inches or less. Meanwhile, the sole material must be either rubber or polyether polyurethane. All boots must be tan or coyote color throughout the boot design. Based on these specifications, the U.S. Army announced the testing in 2019 of three new boot types, designated Prototype A, B, and C, as possible replacements for the 1960s-era cold weather boots still in current use and nicknamed “Mickey Mouse Boots” due to their large size. 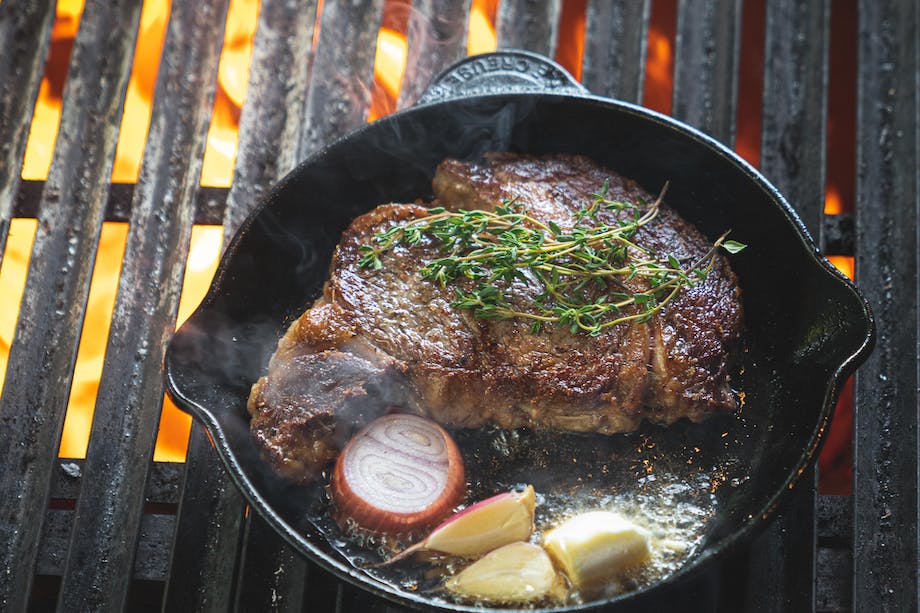 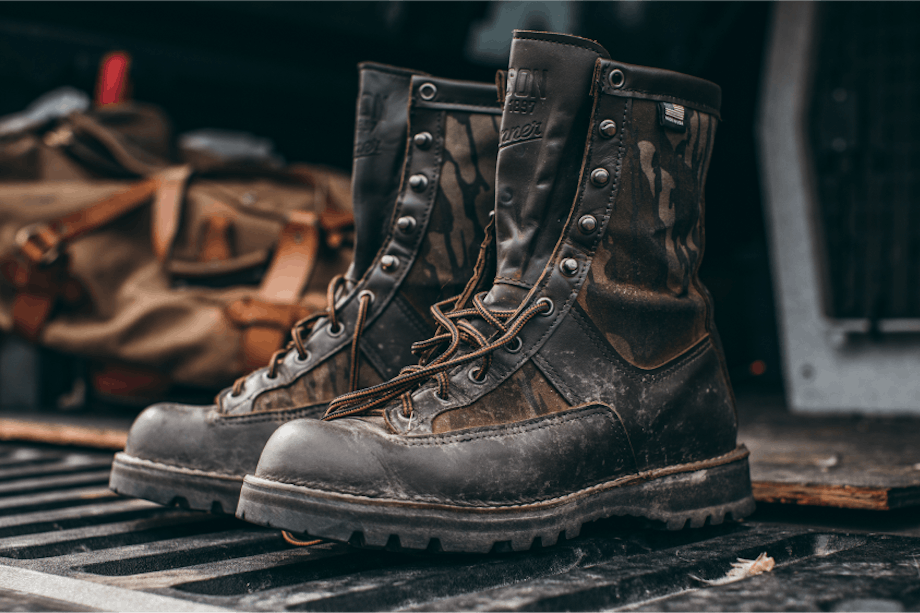 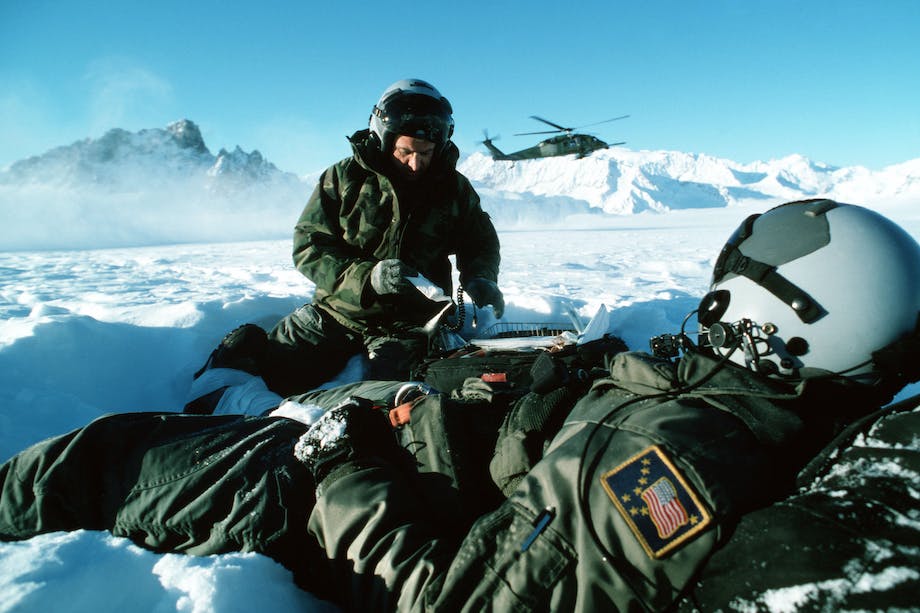 North Cascades: Bastion of the Wild