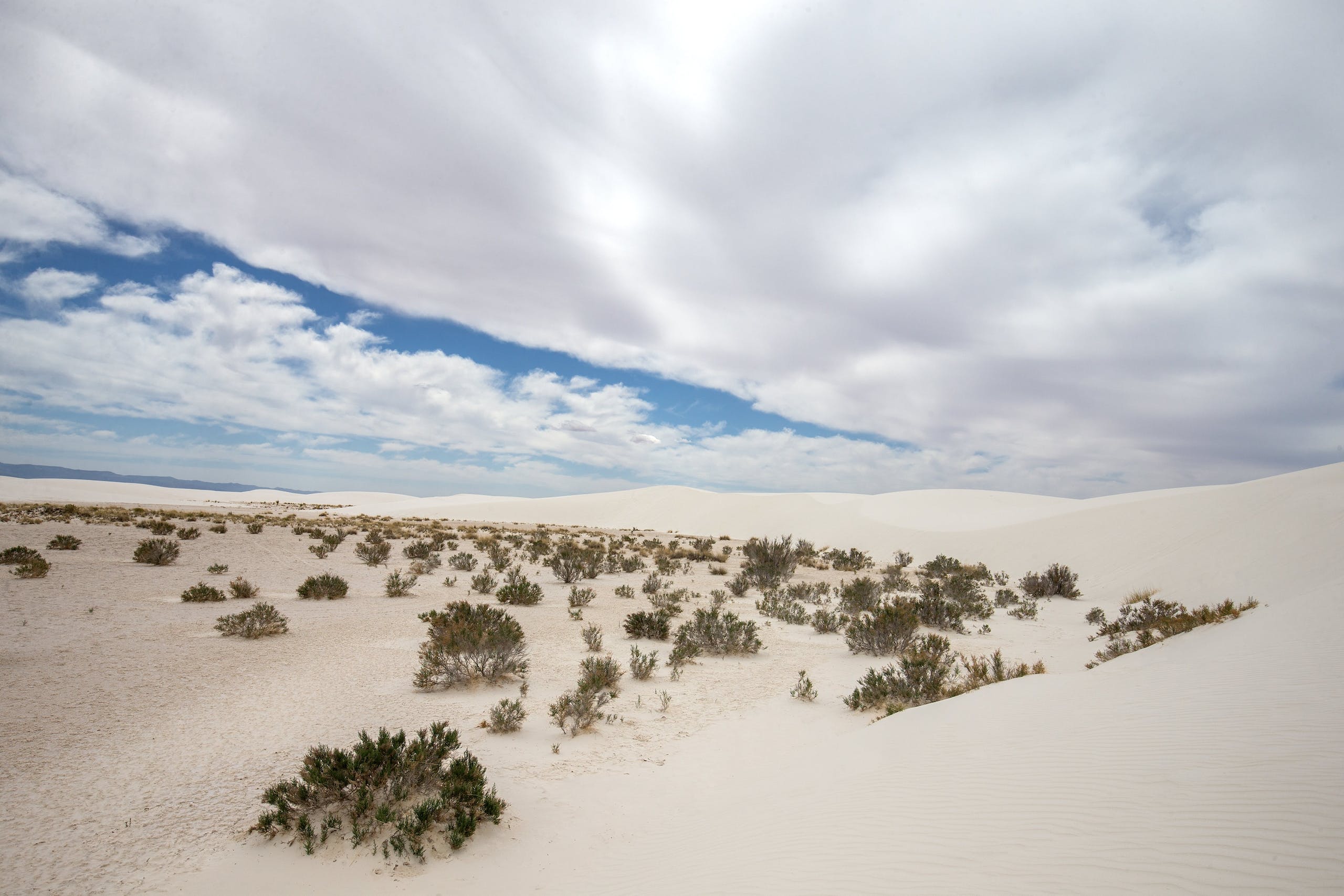 From the tallest dune, some 60 ft tall, it’s hard to fathom the world around you. Climb skyward, and your eyes would meet a sea of white; 275 square miles to be precise – where corduroy ribs of pure gypsum rise and fall like an ocean frozen in time.

Approximately 10,000 years ago, thousands of years’ worth of rain and snowmelt carried this gypsum – known by rock nerds as calcium sulfate dihydrate, sidewalk artists as chalk, builders as the white stuff in drywall, and chemists as CaSO₄·2H₂O – to the bottom of this basin. Water filled the great depression and a rich, biologically diverse world came to life. 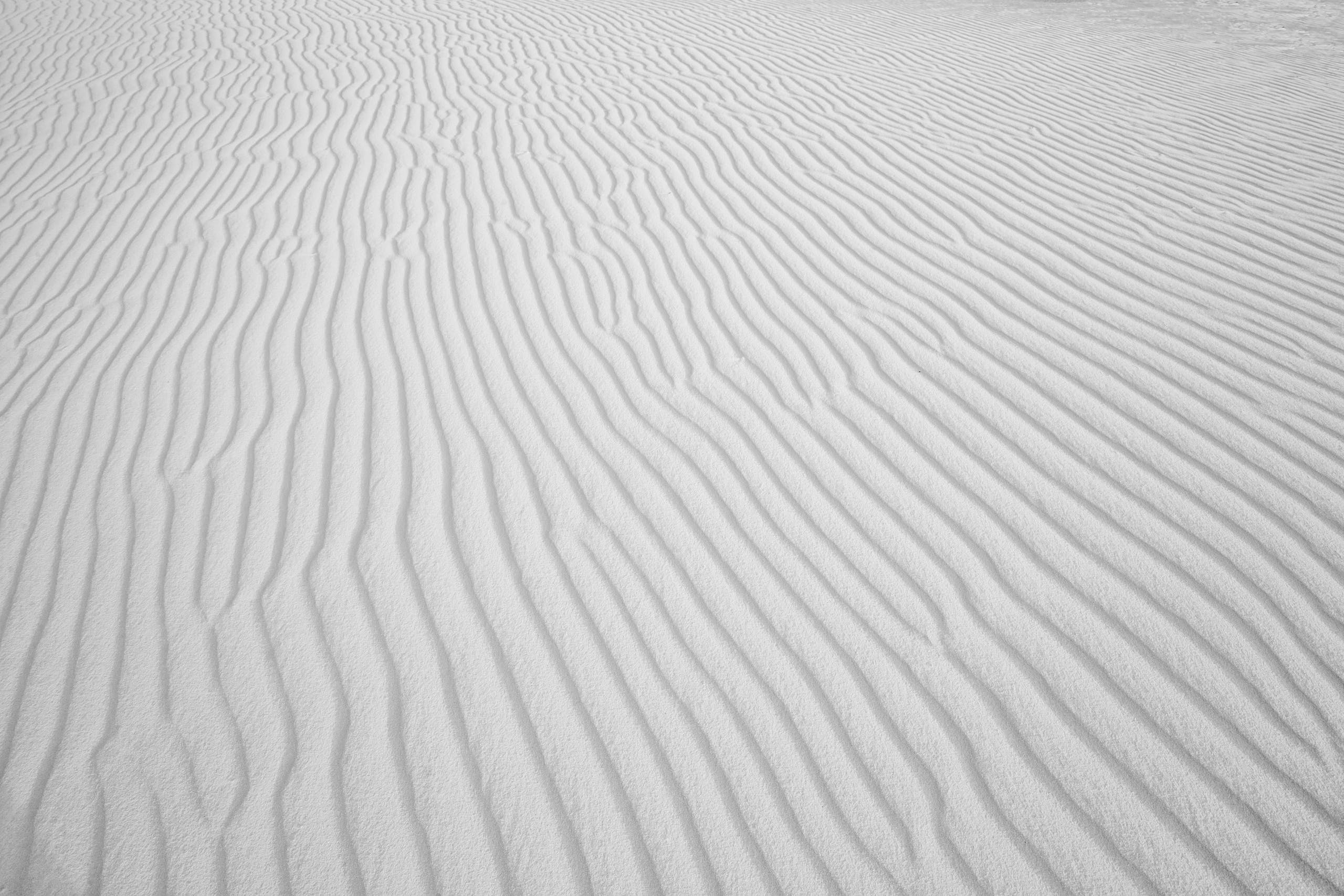 The white comes from the miraculous birth and unsurprising death of this massive playa. As Earth’s temperature began to warm with the Pleistocene era coming to an end, the mammoths, giant camels, dire wolves, saber tooth cats and ground sloths that stood over 15 ft tall disappeared, just as the white sands landscape began to form. Today, all that’s left is Lake Lucero, a desert oasis named after two brothers, Jose and Felipe Lucero, who back in 1897 acquired some of the basin to run 2,000 head of cattle across these lands. At its fullest, Lake Lucero spans ten square miles, holding an island of water two or three feet at its deepest. At its driest, it holds only sand and dust.

When the rains come and snowmelt fills bone dry drainages, the playa transforms the southwest corner of the White Sands National Monument into a desert oasis once again. 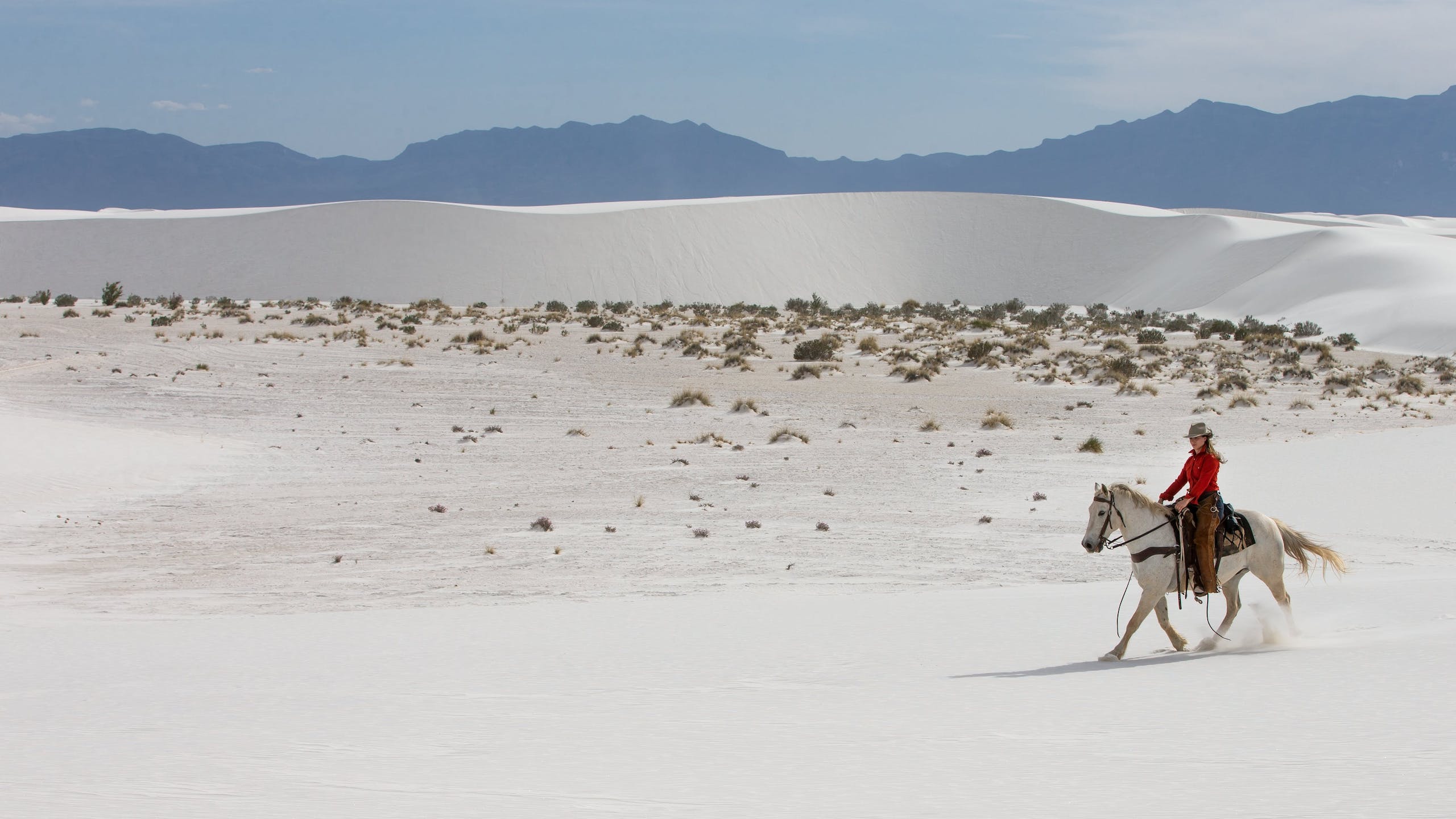 As Spring gives way to Summer, warm days melt snow in the San Andreas mountains upcountry to the west, and the Sacramento mountains to the east. And with the arrival of heavy rains, Lake Lucero truly begins to take shape. Cool waters travel downhill, over polished stone to collect in the lowlands. Much if not all of the water will evaporate in time leaving behind an abundance of gypsum and other minerals, which then comprise the playa where water once stood only days before.

After thousands of years of this wet, warm, dry, dust cycle, 4.5 billion tons of gypsum sand have accumulated. Winds come as they always do; steady, relentless. This drives each particle into place. As millions and millions of grains take to the winds, settle, and naturally accumulate, they become the great white dunes – smoothed and swayed with every gust.

And while the dunes may seem static, they are very much alive, and no two are the same. Each is constantly evolving, responding to each breath of wind. They are the beating heart of this nearly forgotten corner of the desert. 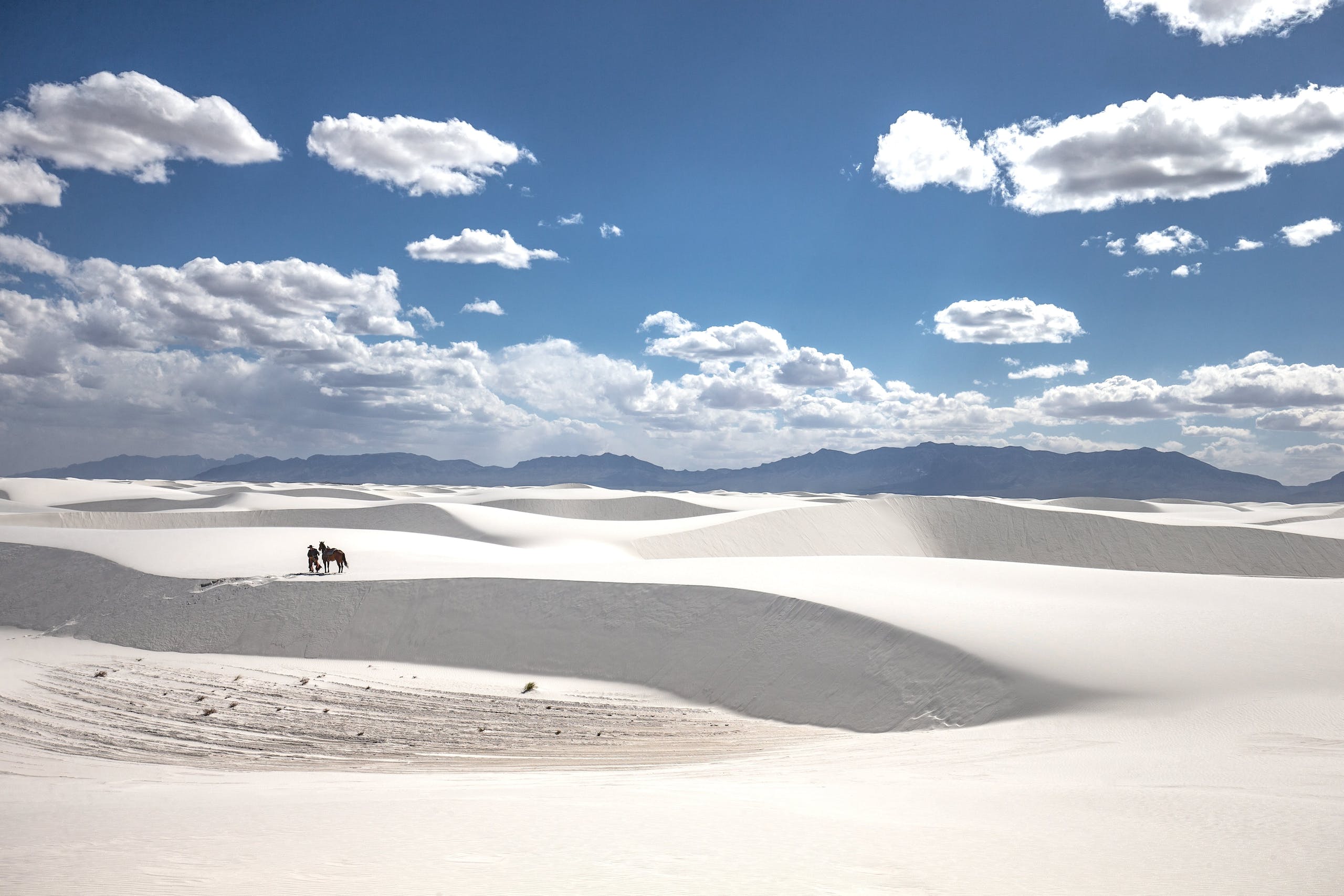 No permanent trails exist here, and footsteps fade. So, one thing you can be sure about is that if you walk far enough, you’ll cover new ground no other human has walked before. 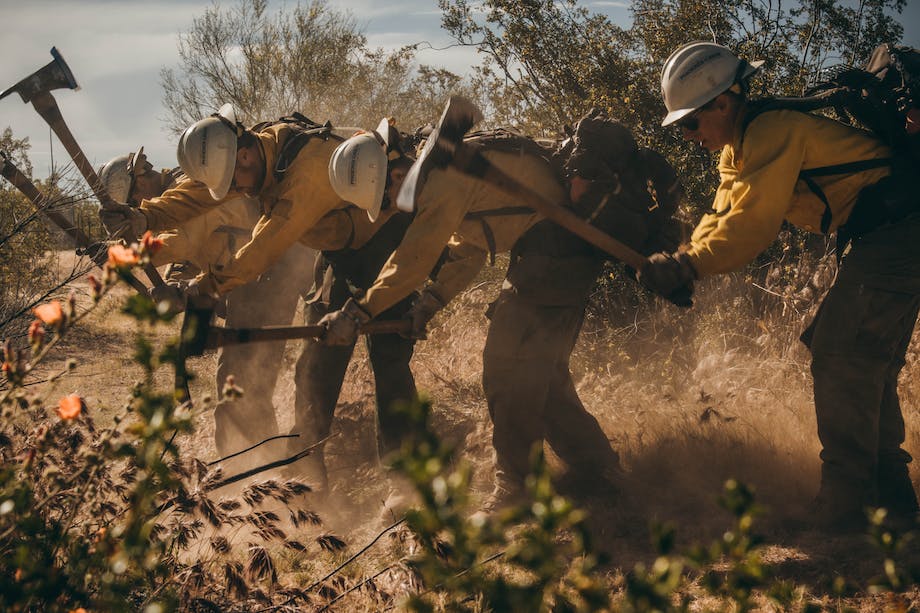