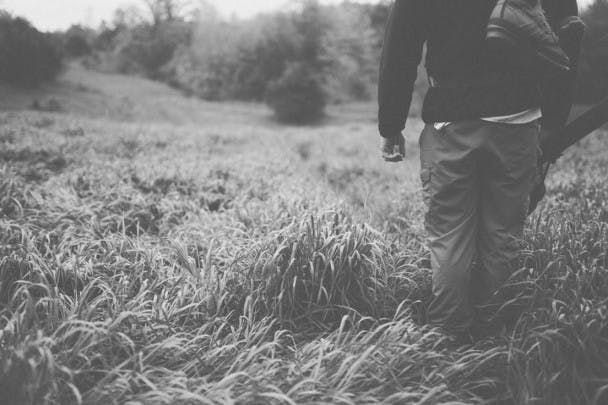 Join Justin Salem Meyer — a fly-fishing enthusiast, photographer, and web designer based in Des Moines, Iowa — on a search for brook trout on the legendary South Pine stream.

There is only one stream in Northeast Iowa that maintains an undisturbed population of Iowa’s only surviving native trout. These trout are genetically distinct from all others worldwide. I haven’t been able to find much more information on the stream, aside from a half page chapter in The Complete Guide to Iowa Trout Streams by Jene Hughes. I have only met one guy who has ever fished the stream, but he wouldn’t tell me much about it. It seems that the stream has been wrapped in mystery. I have fished the area; Waterloo Creek, French Creek, North and South Bear. I have fished the stocker browns and rainbows, but I am drawn to the allure of the wild fish. The wild native brook trout of South Pine is my holy grail. 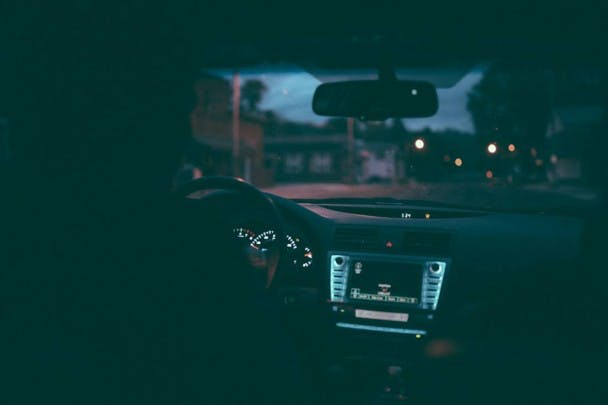 I live in Des Moines, so South Pine is a four hour drive for me. I wanted to be on the stream by sunrise so I left home with two buddies at 2 am. It isn’t an easy stream to find, as there is just a simple parking lot off of a gravel road (off of another gravel road). I have heard that the fishable portion of the stream is at least a mile walk in. Actually, I have tried to walk in twice but never made it all the way, once in the middle of the summer when the grass was to my shoulders, and once in the winter when the wind chill was -10. This time, we packed up our backpacks with our waders and rods and started the walk in. After about 100 yards in, we were totally soaked from the dew so we just put our waders on for the rest of the walk. 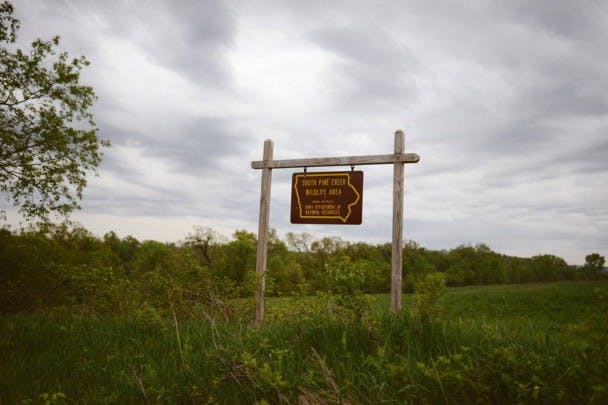 I am committed to fishing and a mile walk doesn’t deter me in itself, but this hike in is a little unnerving because the brush gets pretty tight. The tributary that flows into South Pine that guides the walk is literally hidden beneath tall grass. During the summer it is nothing more than a trickle that starts at six inches wide. We kept walking, being careful of the thorn bushes and over growth. This continues for what feels like to long. At moments I felt squeezed in the riparian between tall marshy grass and low-hanging thorny trees. Even though the brook we were walking was getting a little stronger now, it still wasn’t fishable or able to support any fish worth catching. Right at a mile in from the car, the terrain opened up to a beautiful clearing. The little brook we were walking joined up with the stream. The main stem of South Pine sits in a wide, grassy valley, seemingly untouched by man. 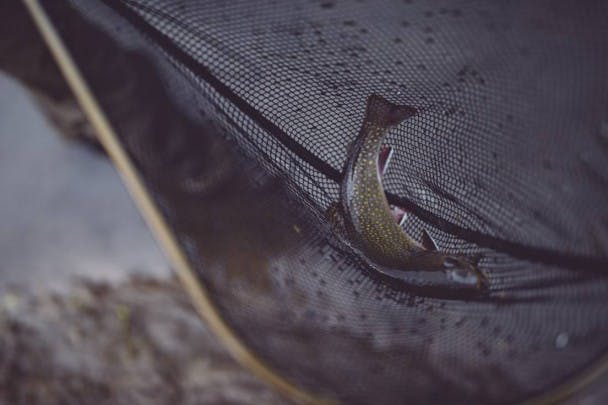 We practically ran up to the stream and set up our rods. I rigged up my 8’5” 4wt with a size 18, beads-head brassie. There was a pool created by a beaver dam with two dead trees hanging over it, a textbook spot. I navigated the mud and roll-casted out between branches. On my second cast, as I was slowly stripping, my leader straightened. I set the hook and landed my first wild brook trout. My heart raced, I wanted to yell to the other guys to come over. This fish had been on my list to catch for the last five years. Finally, I have the bragging rights. I ended up landing another nine in the next two hours. Nothing we caught all day was over a pound, but our wooly buggers, copper john’s and brassies got hit hard. Every take was harder than the stockers over on South Bear. Each fish had amazing and unique markings; one brookie’s belly was yellow and the next orange. I didn’t take as many photos as I wanted because I was too excited to catch more. That day, we walked about four miles all in all. The walk out felt a lot shorter than the walk in. 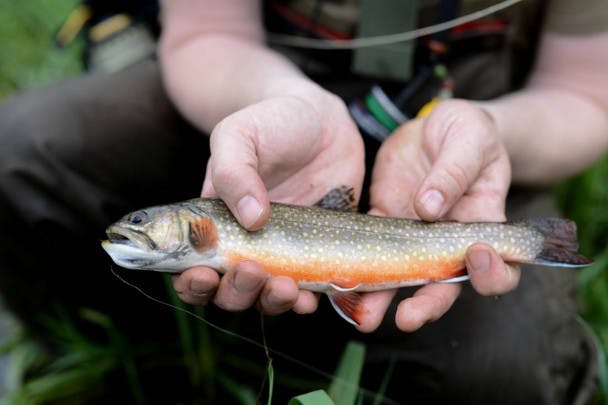 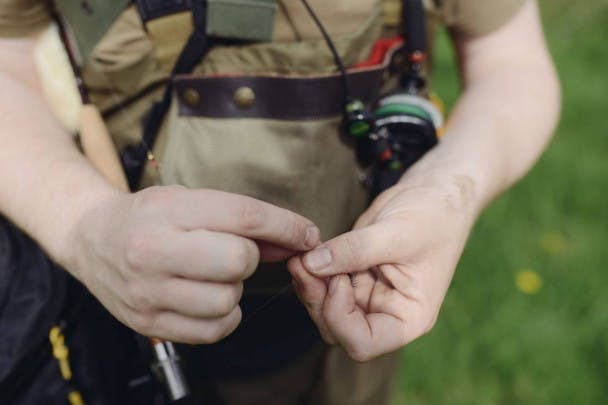 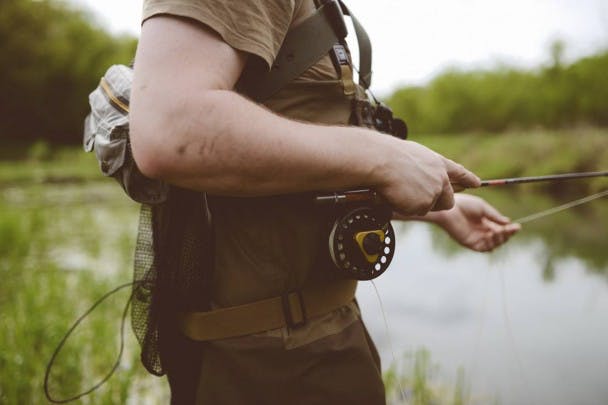 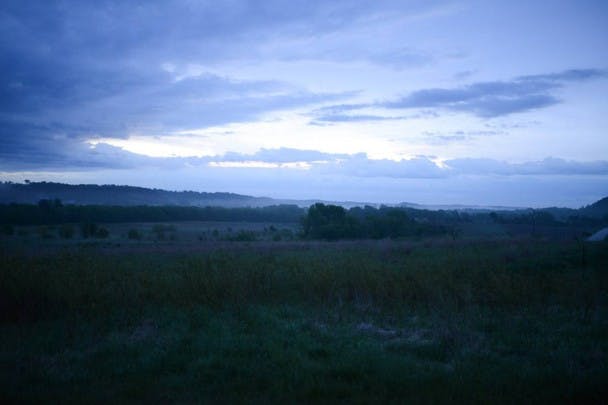 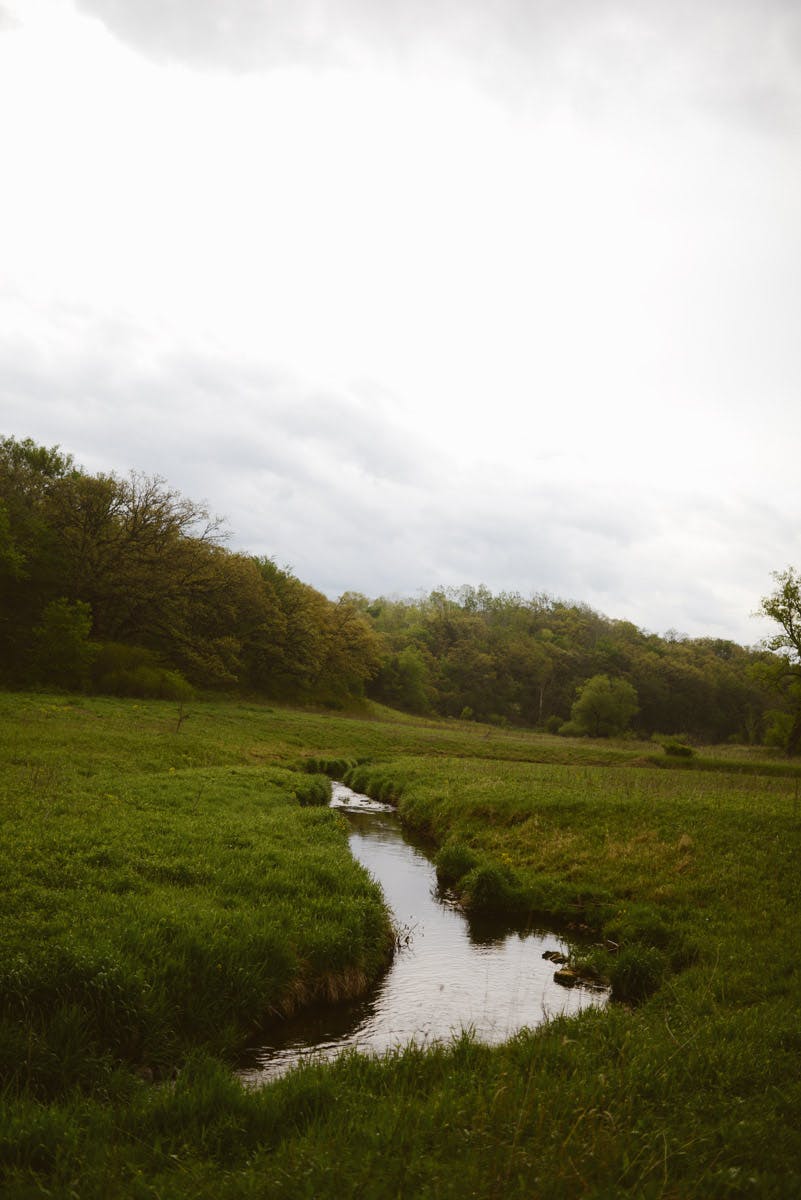 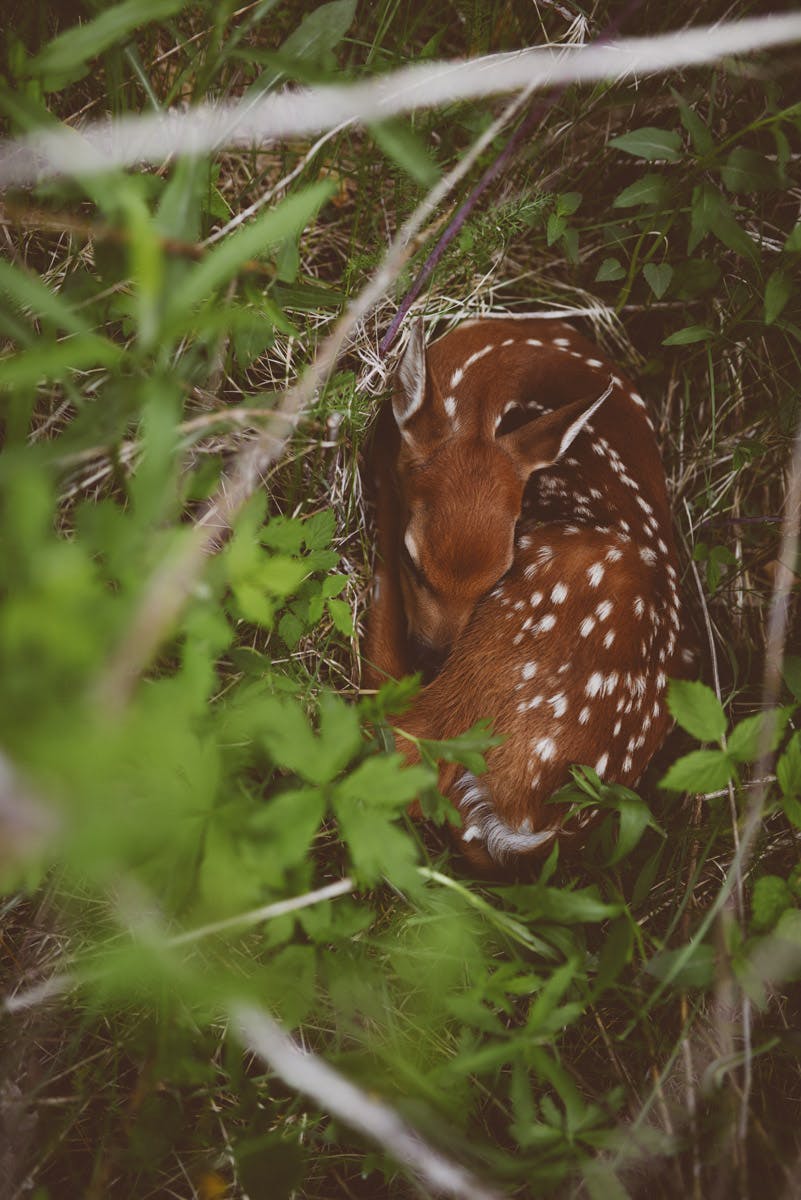 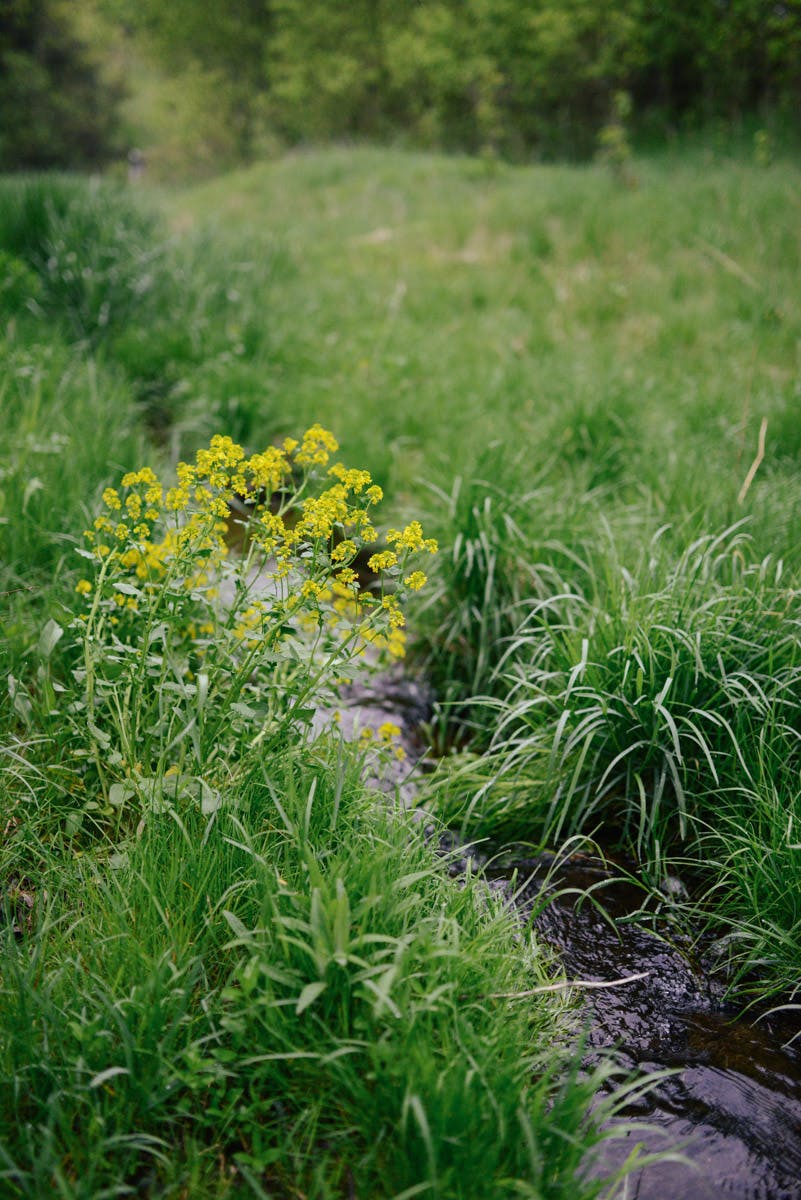 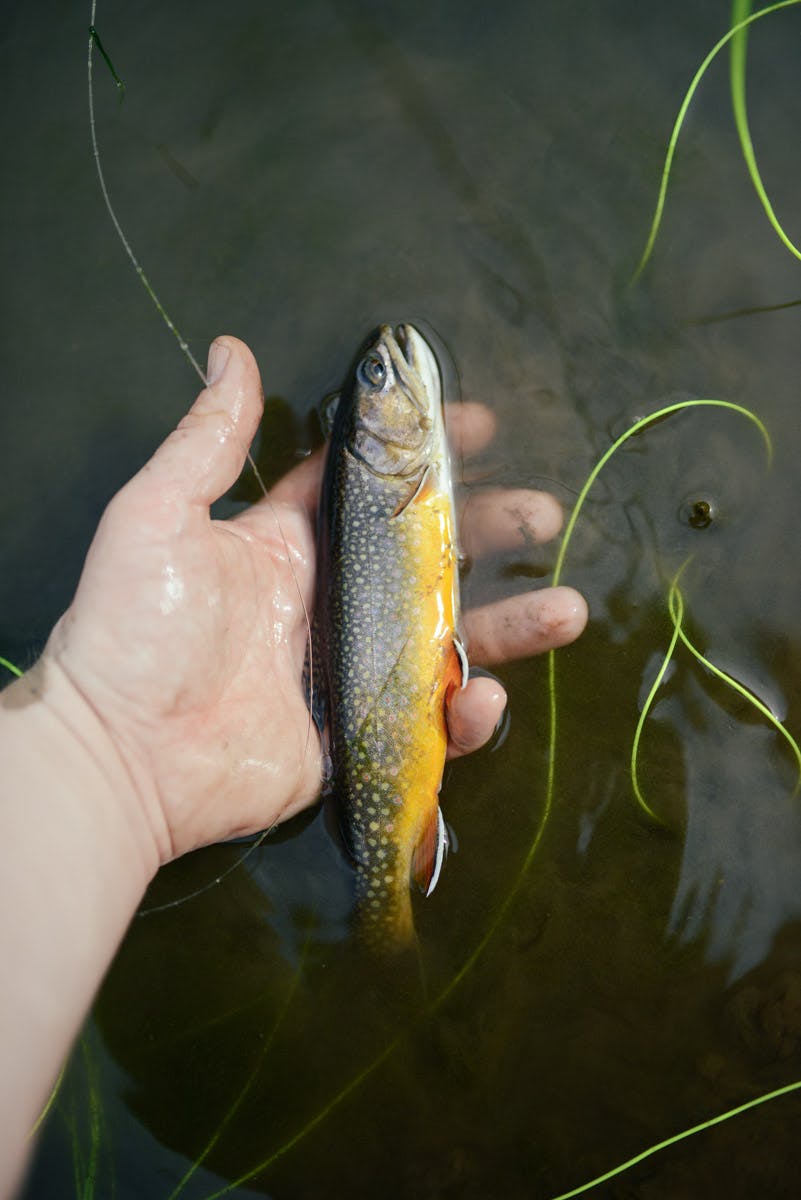 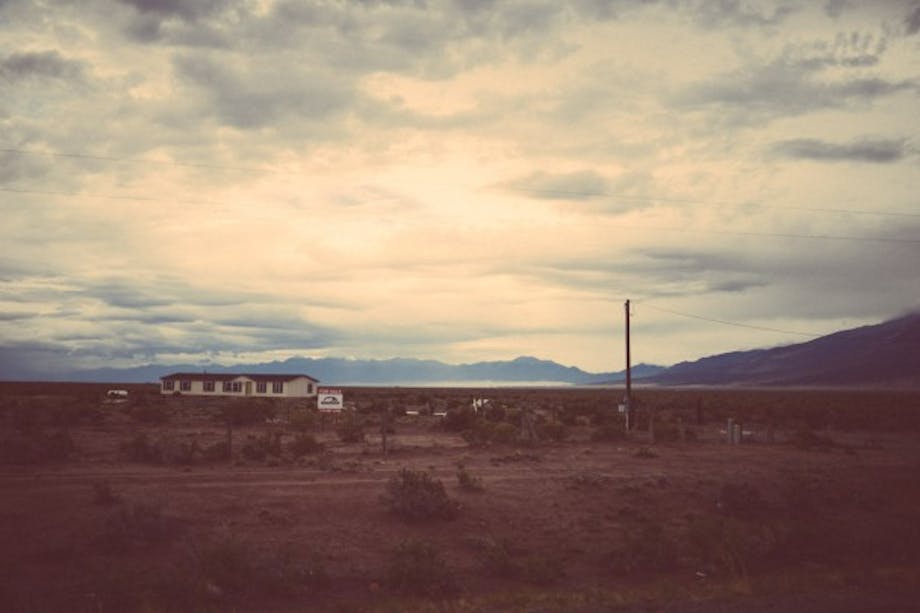 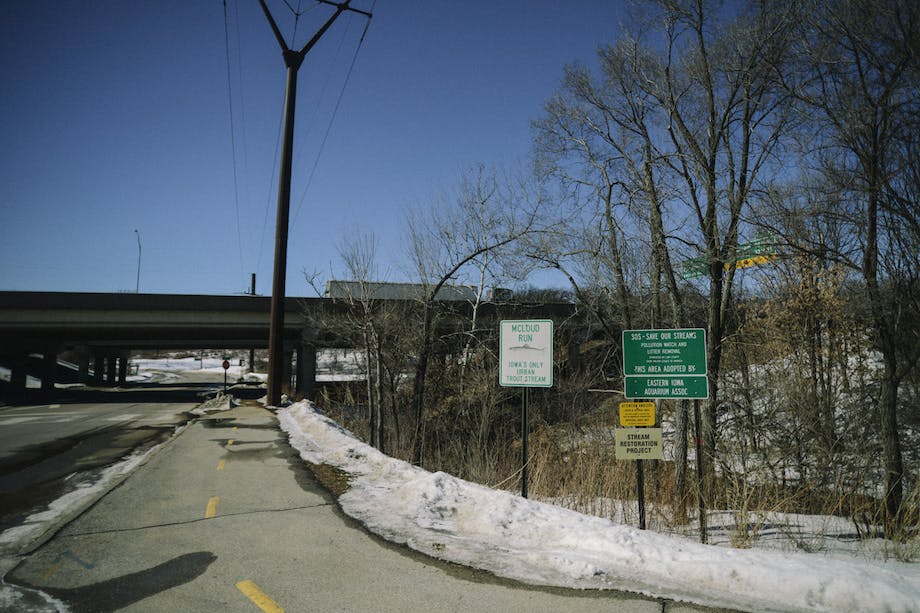 Justin Meyer runs the online store for Badowers, an Iowa-based Filson retailer. Photography by Justin Meyer and Austin Day   When most people think about trout fishing, they likely picture the snow-capped mountains of Montana with winding, glassy topped, spring fed streams loaded with 22″ brown trout rising to gulp a caddis. Trout fishing is

Get Away at a Moment’s Notice with David Lewis