About 145 million years ago, two tectonic plates converged, and one eventually pushed into and over the other. Over the 30 million years that followed, layers of ancient bedrock, limestone, sandstone and other rocks mixed and folded and cracked. The upward force created the Brooks Range (Gwazhał, in Athabaskan). In some areas, rocks that formed 100 million years apart now lie next to one another.

The Brooks Range was named in 1925 after Alfred Hulse Brooks, chief United States Geological Survey (USGS) geologist for Alaska in the early 1900s. The remote range holds geological secrets and slows surveying. The highest point in the range was miscalculated until 2014, when new measurement technology was used to crown Mount Isto the highest peak.

The Brooks Range separates what can exist and thrive above the Arctic Circle from what cannot.

“It’s like solving a puzzle,” says Dianna Solie, a geologist based in Fairbanks who has spent the last 35 years in and around the Brooks Range. “The Brooks Range geology is extremely complex, and we still don’t totally understand it.”

Setting out into the Brooks Range on foot or by boat offers a vast and lonely wilderness experience. Entirely within the Arctic Circle, it’s a spectacular, harsh place. In midsummer, the sun never sets; in midwinter, it never rises. Throughout the range, ecological diversity is nearly boundless. Boreal forests blanket the southern slopes. Further north, the trees thin and gradually establish the northern tree line. In the warmer months, the low-lying plants and shrubs in the alpine tundra paint the hills green. Rugged, glaciated peaks shoot into the sky in all directions, and crystal-clear lakes and turquoise glacier-fed rivers flow through the valleys.
“It’s the essence of Alaska wilderness,” says Solie. “You’re away from everything and everyone, and once you get away from the Haul Road, there’s nothing manmade for a long way.”

“It’s the essence of Alaska wilderness ... You’re away from everything and everyone, and once you get away from the Haul Road, there’s nothing manmade for a long way.”

Large mammals like musk oxen, moose, grizzlies, and wolves roam the tough arctic terrain. Dall’s sheep make their homes on the steep and rocky slopes at higher elevations. Thousands of caribou migrate through the Brooks Range area each year and are an integral part of First Nations and Inuit histories. The migration path of the Porcupine caribou herd is the longest of any terrestrial mammal on earth and passes through the Arctic National Wildlife Refuge in the eastern reaches of the Brooks Range. Here, many Gwichʼin people are dependent on the herd, and yet, are not isolated from the constant threat of proposed oil drilling.

The Brooks Range separates what can exist and thrive above the Arctic Circle from what cannot. In that separation is a portal that also connects us to the awe and possibilities of the lesser known. It’s in the quiet, farthest reaches of the wildest places we uncover something new. 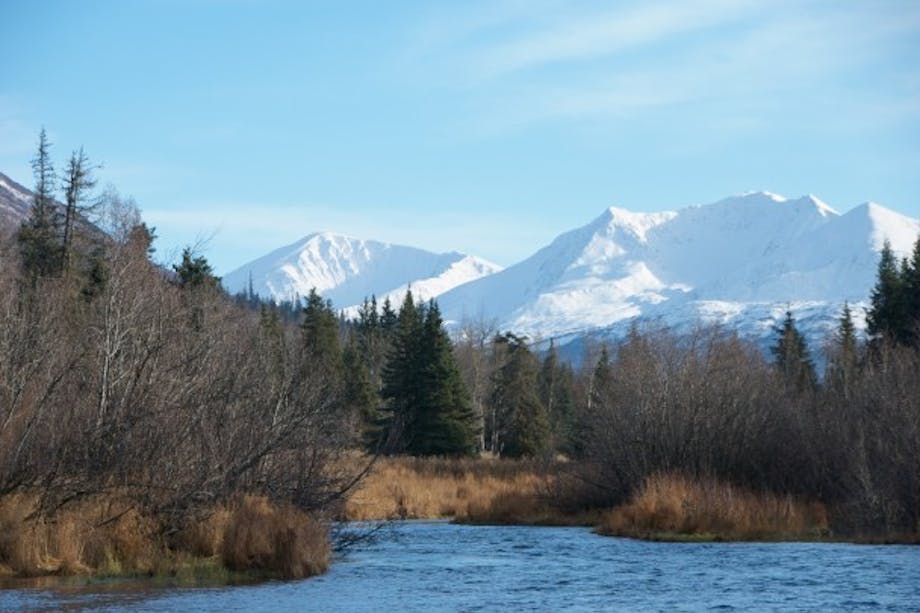 In Search of Arctic Grayling

Krystin Bablinskas is an environmental engineer with a penchant for adventure and travel writing. Her life partner, Bixler McClure, is a Geographic Information Systems analyst and amateur photographer. Always together, the duo explores Alaska’s Kenai Peninsula from their home base in Seward, whether on foot or by sailboat. They detail their wild tales on their 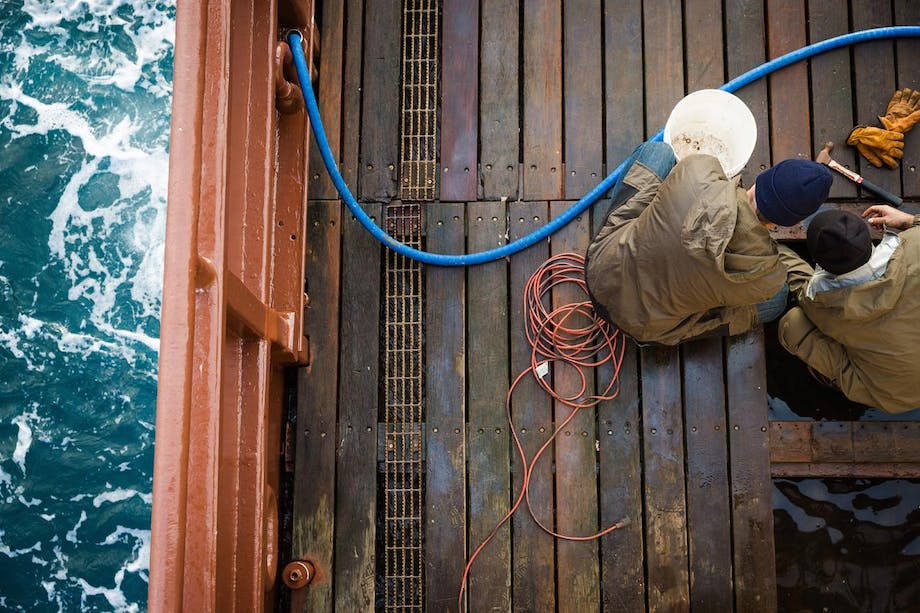 Aboard the F/V Arctic Lady: Self-Sufficiency on the High Seas

On the open ocean, there is no room for error. Traveling hundreds of miles from port, crews aboard commercial fishing vessels face an endless onslaught of crashing waves and rough weather with only their experience in repairs and diligence in maintenance to ensure a safe return. On-board the 133-foot F/V Arctic Lady, every crew member