After the war, she worked for Rolph making the coastal trade and mail run between Vancouver, BC, and Callao, Peru. The collapse of the company’s mail line left the ship briefly running lumber between coastal ports, until she was laid up in Oakland Creek, California, for a period of several years.

The Lomen brothers purchased the vessel in 1930 and renamed her the Arthur J. Baldwin. Along with a new name came a new use as a refrigerated ship, for service with the Lomen’s Arctic Transport Company operated out of Nome, Alaska. To the Lomens, the ship was a steal: “She was in very good condition. The day we put her into drydock we could have sold her for twice what we paid.”

By 1936 she had earned the laughable moniker of “reindeer ship” for her dual role in bringing supplies to northern ports and shipments of reindeer meat from the Lomen reindeer fields on return voyages south to Seattle. On occasion, she also carried the odd passenger or cargo of Alaska gold southward as well.

The vessel was again renamed in March 1936, this time unceremoniously christened the Bering, as part of the Alaska Steamship Company. The ship was put into general service making runs between salmon cannery ports in Alaska, and the occasional longer voyage through the treacherous Arctic Ocean to resupply Point Barrow above the Arctic Circle: the northernmost point of all the territory of the United States. For the next six years, she averaged three round-trip voyages each year.

The ship’s last period of active service began in 1942, when she was briefly designated USS Bering by the War Shipping Administration. She was expected to be part of the supply line to Alaska during World War II, but had her service cut short prematurely, going aground on her maiden voyage north on a reef near Cape Spencer on December 17, 1943. She was refloated by the crew and returned to Seattle, with the owners reimbursed $100,000 by the federal government for the loss.

By 1944, the Tregonning Boat Company had purchased the now-condemned vessel for a single sawbuck (one dollar) and beached her at Shilshole Bay as a breakwater just north of the entrance to the Ship Canal Locks. A new moorage south of the Bering’s beached location was never built, and she became a permanent fixture on the shoreline for the next two decades.

Was the ship cursed with bad luck? The owners of the Tregonning Company had seen a fire destroy their plant not long after the ship was purchased. They left Puget Sound not long after, leaving the beached ship in their wake. An old mariner superstition says that it is bad luck to change the name of a ship once it is launched. Perhaps after three re-namings, the Bering had finally reached her limit.

The arrival of the new Shilshole Bay Marina in the early 1960s became a deciding factor in the public discourse about what to do with the derelict ship. After more than 20 years exposure to the wind and the waves, the Bering had deteriorated to the point where public safety was a valid concern, and its gray timbers had become an eyesore. The Seattle P-I reported that access to the vessel was a dangerous liability if left unchecked: “The old ship was an ‘attractive nuisance’ for boys in search of adventure…nine years ago a boy was saved from drowning in a rainwater pool in the hold.”

A resolution finally came when the local Ballard Order of Elks purchased the shoreline where the beached ship was situated. In the first week of January 1964, the City Council Public Safety Committee recommended that the ship be burned in place. A planned burning event followed soon after, with the help of the city’s fire department in Ballard. On Thursday, January 23, firefighters set fire to the hull of the ship, with curious onlookers watching from the beach.

A reporter from the Seattle P-I described the scene in lurid detail: “The funeral pyre was laid. The flames shot up. The reindeer ship sailed on her last voyage—a draft of warmth against the chill of a January day.”

Three days later, the fires were still smoldering among the timbers of the hull’s remains, which had burned to the waterline.

Today, visitors to the Shilshole beach where the Bering was finally laid to rest can still see parts of her unburned keel at low tide. 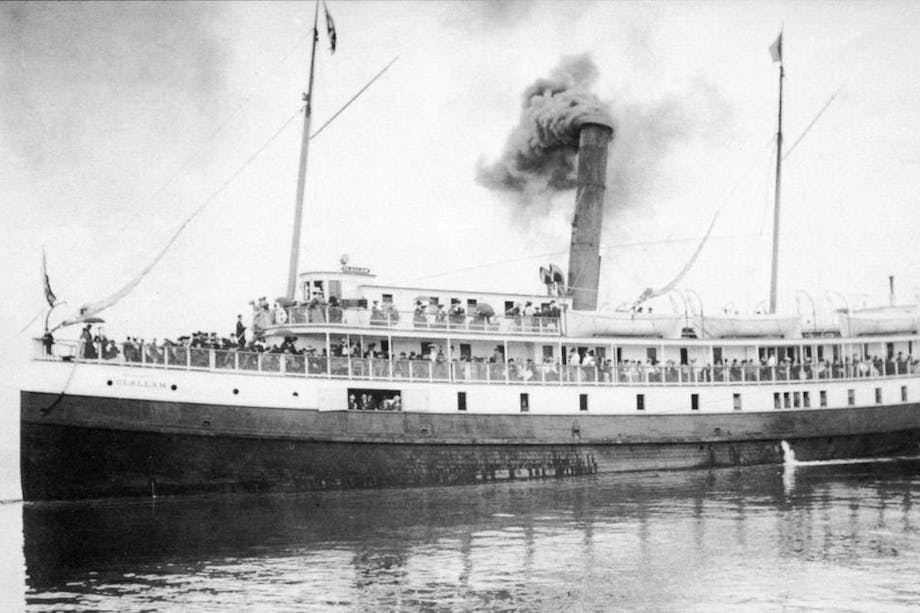 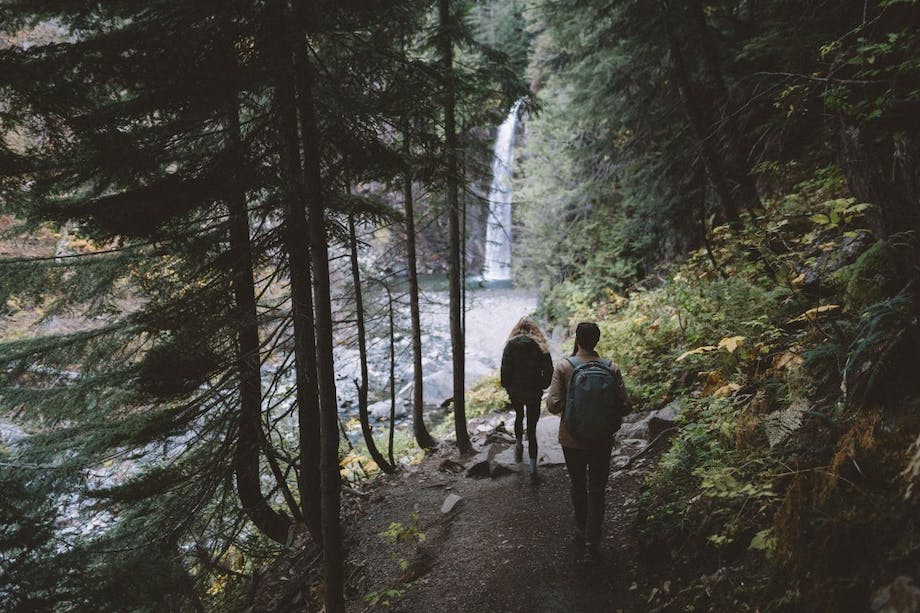