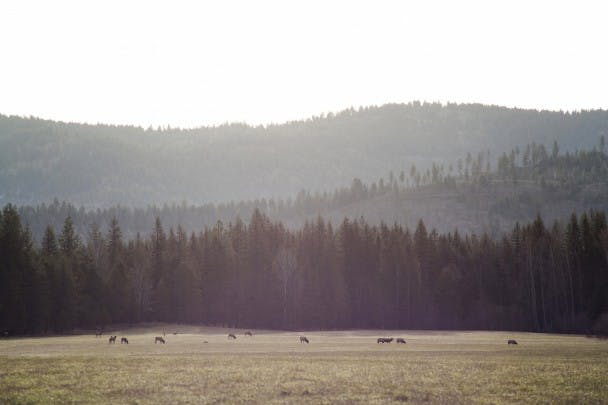 Searching for the shed antlers of elk, deer and moose is another way to add to the enjoyment of exploring the wild. In this Filson Life photo essay, Elias Carlson reminisces about how he got hooked on shed hunting near Priest Lake, Idaho.

Elias is a freelance graphic designer and photographer. Theresa is his wife, partner-in-crime, and an incredible adventure buddy. She also happens to be pretty handy with a camera. See more of their work on eliascarlson.com or on Instagram (@eliascarlson / @theresacarlson).

Steve, lifelong best-friend of my father-in-law, is my kind of guy: laid-back, clever in an understated way, and easy to get along with. The kind of person you become friends with effortlessly, and are always glad to bump into around town. A career-logger, he’s roughly the size of a grizzly bear and just about as nice as they are hungry. These days he’s pretty much family and we all look forward to his weekly visits and the tales of small-town shenanigans he brings with him. He always seems to have a particularly funny, or peculiar one stashed away for when the conversation begins to lull. These stories usually begin with, “Now, I really shouldn’t be telling you this, but since it’s you guys…” And if it’s not a story it’s a joke. They can be hard to see coming because of the way he deadpans the openings. But if you pay attention you’ll see the mirth welling up behind his poker face a split second before the punchline.

Our favorites though are the old logging stories. The ones from when logging wasn’t completely mechanized, and the men still came face-to-face with danger and excitement on a weekly, if not daily basis. Like that early spring when the crew felled a big cedar, bringing an abrupt and unwelcome end to a black bear’s hibernation, startling crew and bear alike. The bear, which had been using the hollow base of the tree as a den, sprang from the rubble and sawdust in a groggy stupor, clearly confused by the ruckus, before sprinting off into the woods in a huff. When Steve gets together with my father-in-law Dan stories like these usually get dusted off and passed around like time-worn souvenirs. We know most of them by heart, but we never tire of hearing them.

During one of these evening visits in February, the subject of shed hunting came up; combing the woods for the antlers shed by deer, moose, and elk during the winter months. Steve had been telling us the about the find that really got him hooked – a matching set of moose paddles he’d found near one of his logging jobs – and mentioned that he knew of some great spots that would be worth a look once the snow melted a bit. I hinted not-so-subtly that I’d love to join him the next time he went out, and he kindly agreed to give me a call once conditions were favorable.

The idea of shed-hunting, if not glamorous, may sound to the uninitiated at least a bit romantic. Who doesn’t like the idea of strolling through pristine old-growth forest, and across mountain meadows leisurely plucking beautiful antlers from the ground where they lay? As it turns out, shed-hunting is a lot like searching for a needle in a haystack. Except the haystack is spread out over several square miles, and the needle is camouflaged to look almost exactly like a piece of hay.

If you’re not the kind of person who enjoys long carefree walks in the woods, who can take pleasure in nothing more than being outside looking at rocks and sticks and trees, shed hunting may not be for you. Fortunately that’s exactly how I like to spend my free time whenever possible. I feel that to be out in the woods with a purpose – be it a fish, a bird, or an antler – is the finest way to spend a day. I’ve found that if you approach outings like these with the right attitude you never come home disappointed, even if you come home empty-handed.

And we did come home empty-handed. At least the first time. Shed-hunting it turns out, is not a sure thing. I suppose this is why some people train dogs to sniff out the antlers. But I can’t help feeling that it would take a little of the joy out of spotting one yourself. On our first outing we were primed and eager to go. Steve brought along a pile of antlers to illustrate the differences between white-tail and mule deer, elk, and moose. And the drive in only heightened our anticipation. The morning fog lingered in the trees and along the rivers and deer bounded into the woods as our car rumbled over the gravel road. We paused briefly at the buffalo farm to admire the herd breakfasting in the mist before making for the hills. But several hours in the forest proved antler-less. So we contented ourselves with the a handful of sun-bleached deer bones, a moose sighting, and a lovely view, and vowed to try again soon.

On our second trip, Steve took us to the shoulders of a little mountain overlooking Priest Lake. The morning was crisp and fog-free. A herd of elk grazed on the far edge of the buffalo field, and the spring turkeys were out, lurking around seemingly every corner, the Toms strutting and vain. We made our way up to an old clear cut and began combing the game trails and forest edges, careful to avoid the marble-sized moose droppings, stopping occasionally to admire the pearly clouds that drifted over the lake behind us. Within an hour we had our first find, a grubby little antler several seasons old, green moss around the edges, with tiny scores all down its length, the gnawings of a field mouse, or perhaps a chipmunk. It wasn’t beautiful, but we’d found one, and that gave us hope.

And suddenly there it was. As I worked my way methodically down a small deer trail, I spotted it, smack in the middle of the clearing, a beautiful 5-point white tail shed, clean and fresh. After an accumulated six hours of staring at deer tracks and droppings, crashing through thick brush, and trying to turn antler-shaped sticks into actual antlers through sheer force of will, I could scarcely believe I’d actually found one. It was so simple, so beautiful, lying there in the dirt. I understand now what Steve meant when he said, “Once you find a couple good ones, you’ll be hooked.” It only took once for me. 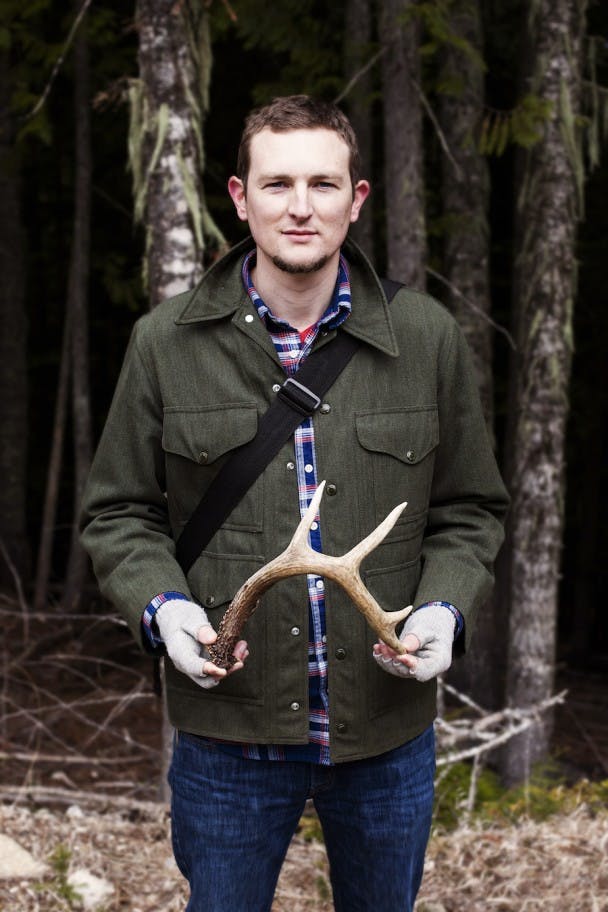 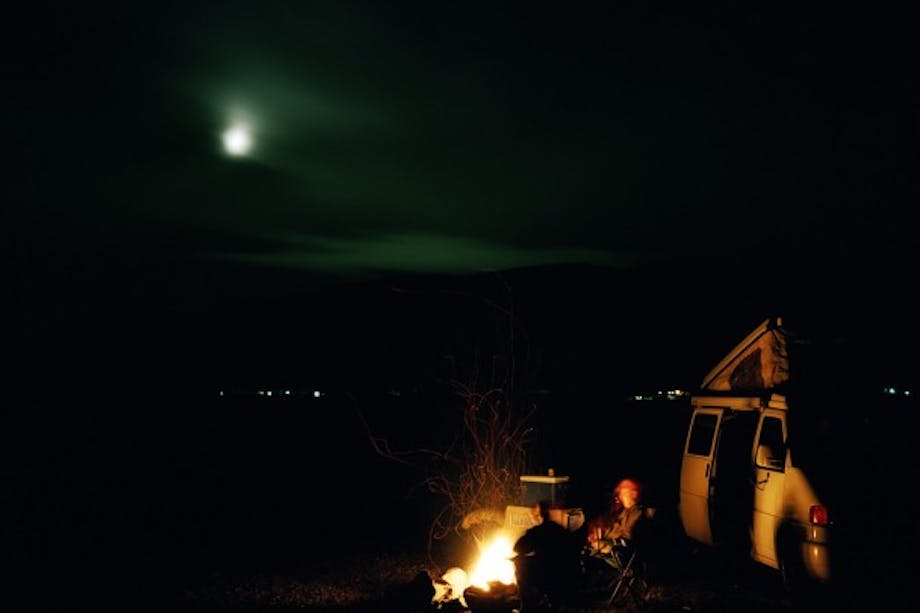 Elias Carlson is a 31 year old freelance photographer, graphic designer, and videographer from Seattle, Washington. He has a thing for mountains, road-trips, and his wife Theresa. He is easily distracted by moving water of any kind, especially the sort with fish in it. When he’s not outdoors with a camera, he makes some pretty