Raggio Custom Calls is based in Raymond, Mississippi and creates custom, handmade duck calls. Founded and owned by Josh Raggio, no two calls are made the same. We sat down with Josh to get the story of his business and what drives his passion for ducks.

What made you decide to make your first duck call?

My dad was a duck hunter and he loved calling. He was blowing a duck call all year, nonstop. Inside or outside — he actually carried a call everywhere he went in his pocket. Naturally, I wanted to learn the art of calling. At a young age he showed me how to correctly present air into the call in order to make the right sounds. My father was in the competition call scene and eventually became the director of the Mississippi State Duck Calling Competition for 8 years. I followed in his footsteps, and was eventually introduced to the guys who were doing then what I do now. I was intrigued with duck calls. In 2008 I went to a friend’s house who made calls and he wanted me to see it. That was the first time I had seen, held, and appreciated a true handmade duck call. When I left his house that night, I left knowing that one day I would make a duck call. Not necessarily to sell, but one I would personally hunt with. I fell in love with that idea. Fast forward five years, I amassed all of the tooling I needed to make a call, and with no intentions of ever selling one, finally made my first duck call.

What’s it like to turn your passion into a career?

I had a handful of emotions in the beginning. Having a one year old and a six year old that rely on me, it was scary early on. However, I’m relieved with the freedom of not being in the corporate world any longer. Ultimately, after the first couple of weeks, the fear part went away. I realized that I had essentially been running a business for five years before committing to duck call making full-time, I just had the security of a corporate paycheck. It was a calculated decision to leave my sales job. I literally looked in the mirror one day and thought, “How can I tell my two kids to follow their dreams, no matter how crazy or off the wall they are, if daddy doesn’t have the guts to do it?”

What was your first memory hunting ducks?

Not exactly sure how old I was, somewhere between 10 and 12 — but it was just my dad and I. I grew up hunting public land only. My father was a very experienced hunter in the 70’s and 80’s, pre-GPS and satellite or four-wheelers — not that he could afford one anyway. He knew spots on public land that nobody else would venture to, and those spots were where I learned how to hunt. The first place he took me was a flooded green tree, and it was just him and I that morning. When we got there, we jumped a bunch of ducks walking in. We set up the decoys and he started calling, and the next thing I knew there were ducks flying through the trees landing everywhere. I knew not to move or shoot until he said something. There were ducks swimming all around us close enough that I could’ve grabbed them. Hundreds of ducks. I probably flinched or something because one duck got up and they all followed. My dad yelled “shoot!” and I shot my first greenhead.

"There's something incredibly rewarding about creating and building an item with your hands that will hopefully be passed down through generations of hunters."

Tips you have for someone using a duck call for the first time?

A duck call is a musical instrument. People can’t pick up a guitar and get it right the first time. The same is true with a call. There’s a technique to it. You have to present air into the call a certain way to make the reed vibrate in order to give you the correct tones and sounds of a duck. That being said, I think expectation levels should be set on the front end. You’re not going to be a world champion duck caller the first day — probably not the first year. Learning how to present that air into the call correctly is where you need to start. It’s a diaphramic or hot air — the same air you use to fog up a mirror. Once you learn how to get that air into the call, then you progressively start with quacks and different cadences of the call.

How would you describe a Raggio call?

What’s a typical day in the shop?

They’re all a little different. I usually get out here early in the morning, look through my orders, establish what I need to get done that day, and get to work. I spend a few hours turning calls before I have to get away from the lathe for a little bit. I try to take a short walk for the first half of my lunch, and I get off my feet for the other half. Then I’m right back to turning calls. I’m consistently responding to emails, phone calls, and text messages during the day for new orders as well.

How did the physical shop come to be?

My wife bought me a duck call display case for our anniversary one year, and I went down the road to visit with the gentleman who built it for her. We were standing in his shop — which is now my shop — when he told me he was going to sell his house. At that time, I had been making calls in the garage of our current house for about 18 months where I’d have to swat away mosquitos while I worked. I looked around that shop and immediately had a vision for what you see now when he told me he was selling his house. Sure enough, we had a contract with him two months later to buy his house. My wife now jokingly says we “bought a shop and a house came with it.” I could feel the whole thing growing to the point that I was going to have to either create a shop or buy one. When this happened, it was kind of divine intervention.

What’s your favorite part in the process of duck call making?

I don’t necessarily have a favorite part in the process. Seeing a piece of wood from its original block state start to morph into a call is what’s special to me and that happens over an extended period of time, not one specific part of the process. One thing that I thoroughly enjoy though is engraving my signature on each insert. Once I’ve turned the call, tuned the call, and I’ve established in myself it’s ready to go out to someone, I finalize each Raggio Call with my signature. That’s me saying it has passed all of my bench marks and expectations. I only put my signature on a call that I believe will last a whole bunch of years after I pass away and will be an heirloom like we discussed earlier. There’s something incredibly rewarding about creating and building an item with your hands that will hopefully be passed down through generations of hunters.

Given your current waiting list, how long would it take you to turn around an order made today?

Making duck calls by hand is a process. That said, the process takes time and patience. Lead time is typically about 6-8 months from time of order.

What does the Raggio x Filson collaboration mean to you?

It was an honor to be asked to collaborate with Filson. I say that because of what they’re known for. Quality. Craftsmanship. Making things that last. Heirlooms. My first piece of Filson was a hat that my dad gave me that’s over 40 years old now. It was given to him as a gift. He wore it. Now I have it. I think our brands overlap there from a craftsmanship and quality standpoint. We share those values as two different companies. 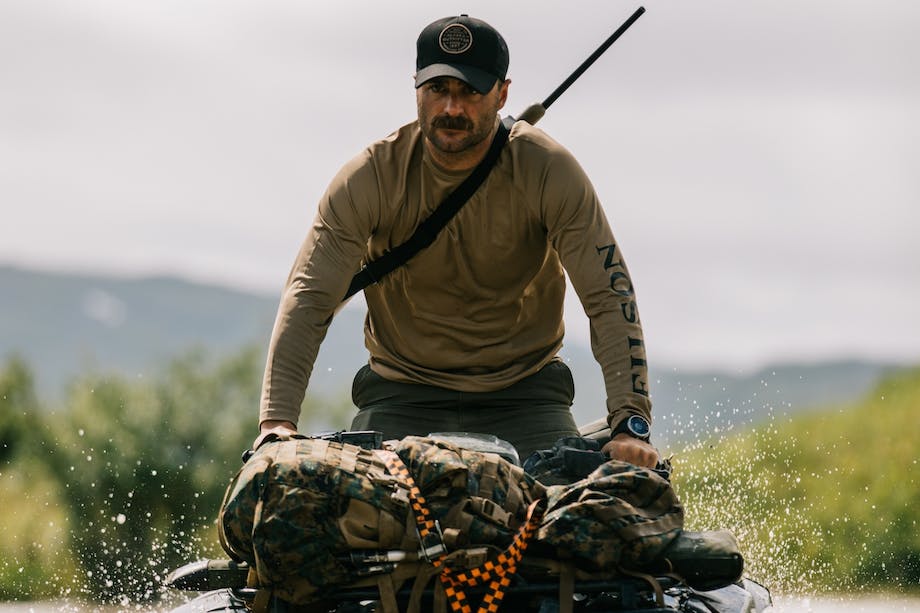 Brett Watts is a flight mechanic with the USCG and currently stationed in Kodiak, AK. We hung out with Brett last summer when we were on the island and he took us on a scouting trip into the hills to make a plan for the opening day of deer season. We caught up with Brett recently and asked a few questions about his upbringing and time on Kodiak.

Plant a Tree, Grow a Forest