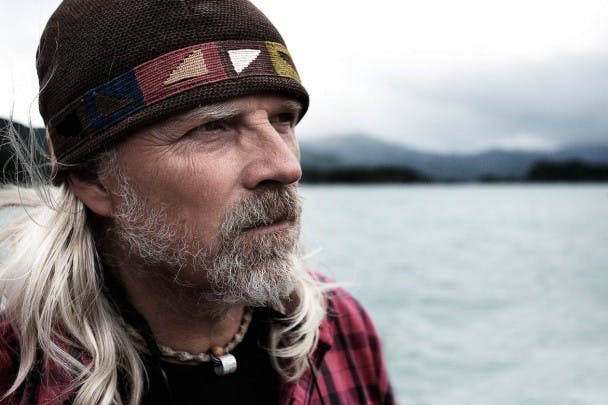 Lee’s photographs drip with distinct style.  Born and raised in Minnesota, Kjos spent a majority of his life in the outdoors, and his appreciation of the perfect day in the field is palpable.  Ever since his first photograph — which he remembers vividly — Lee has aimed to capture the best possible image of his subject; a tireless pursuit that has certainly paid off.

Where are you living?  What are your interests? How long have you been taking photos?
I live on a farm in Southeastern Minnesota, I’m married, I have three kids.  That’s kind of the boring stuff [laughs].  I like to hunt ducks and to fly fish.  I used to spend a lot of my time with my Dad, when I was real young, traveling around the upper half of the United States and Canada.  Fishing and hunting all over.  More than anything, I’d say that’s what molded me into who I am now, how I do things, and how I look at things in the outdoor world.  My Mom and Dad owned a hunting and fishing lodge in Northern Minnesota, and I grew up there.  Being with people, hunting, cleaning fish; all the things you’d do as a resort kid, y’know?  I tell people I’ve been taking photos ever since I remember.

Do you remember the first photo that you ever captured?
My Dad had an old Minolta Rangefinder camera and it had, from what I remember, a wide-angle type lens on it; maybe a 35mm lens.  I was on a fishing trip in Northern Minnesota, and there was this chipmunk there, and I used to love to photograph wildlife.  So, I was trying to get a picture of this chipmunk, so I baited him with shoestring potatoes and I got him in pretty close.  Took a picture of him, and I was way fired up.  I couldn’t wait to get the photos back.  When I got them back, I was really bummed out, because it looked like he was a million miles away and I thought “What!?”  From that point on, I literally tried to get the best image I could of anything, whatever it was, because of that one time as a kid. 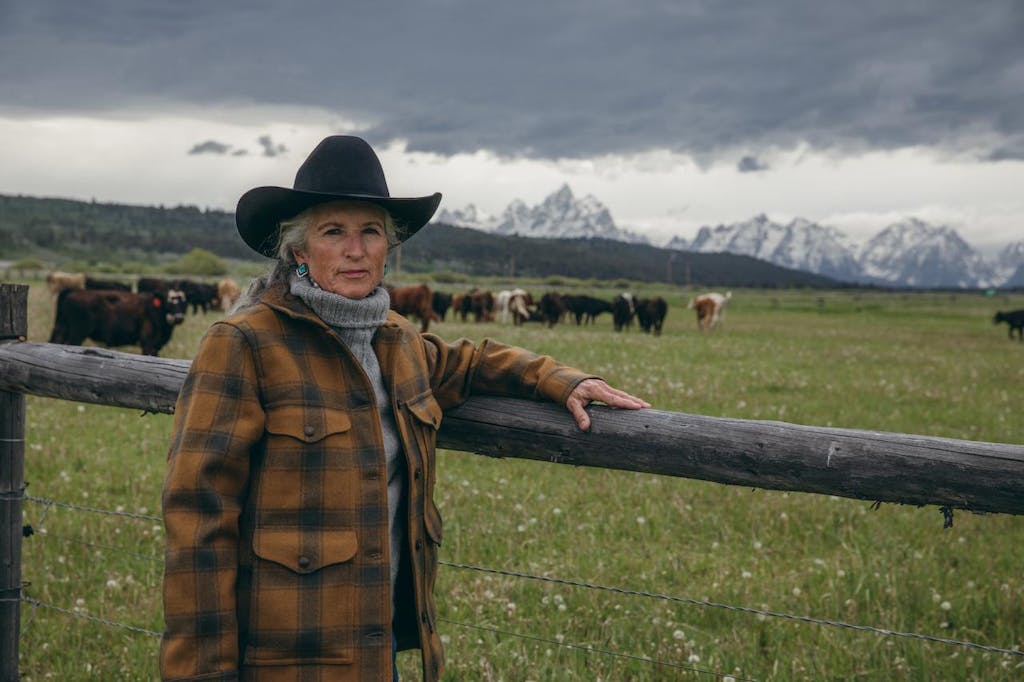 When did you get your first camera?
My first camera, I was 14 years old.  I was detassling corn for a hybrid seed company and I did it for a whole summer for one paycheck at the end.  I think I was making $1.80 an hour, and I took that one paycheck and bought my first pro-body manual camera, with a real lens.

How would you describe your photography in 5 words or less?
Original. Authentic. Genuine. Unique, and bad-ass.

When or where are you the happiest?
I’m happiest when I’m in Saskatchewan, duck hunting by myself.  I like business, but it’s also stressful and hectic.  When I’m sitting down on the ground behind my lens working, I guess I could describe that as total peace.  All I think about is that image, and nothing else bothers me.  I’m not stressed, I’m not anything.  I’m really happy then.  And I’m really happy when I’m fly fishing or duck hunting. 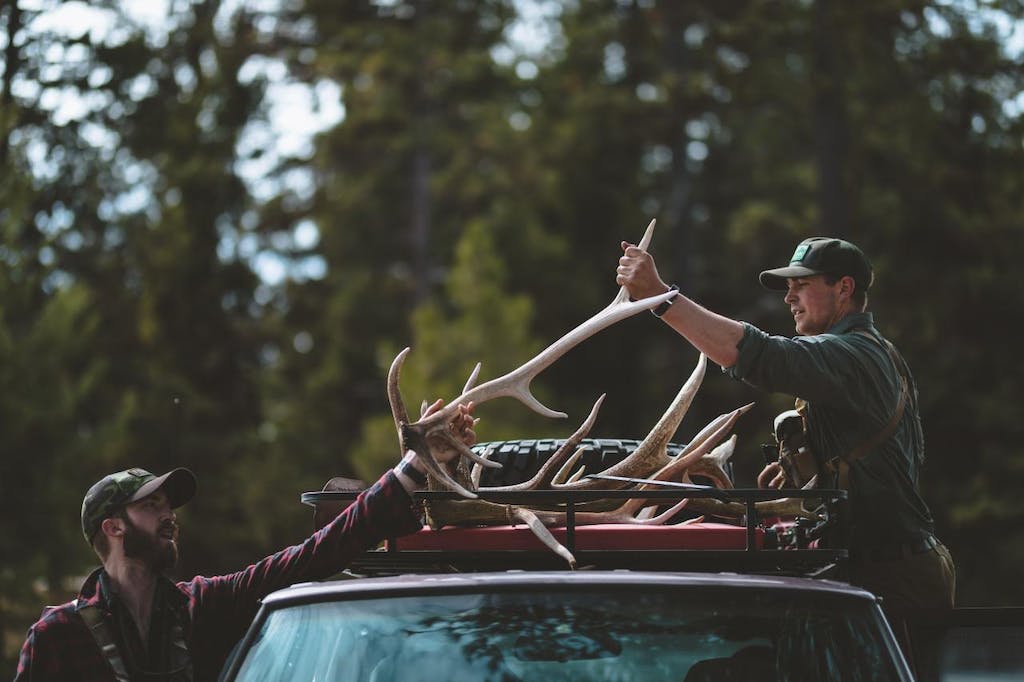 What were the greatest lengths you’ve gone to get a particular photo?
I was photographing Cameron Hanes and he had a big elk rack, and we were in Oregon.  I wanted to get to the top of this berm that went across this mountaintop.  And I had all my camera equipment, hiking up that mountain to get to one location to get one shot at sundown and get down the mountain that night.  It was an all-day affair for one image.  It was the most exhausting.  I’ve also had days photographing running boats like bass boats, in the middle of the summer, hanging off a boat at 70 MPH.  There’s always stuff like that, that takes perseverance and mental toughness to shoot.  Alaska in the middle of January is always tough, shooting on the Tundra.  Extreme environments, that’s whats hard on your body.  I can tell I’m not 20 anymore.

What is the one “photo” that you wanted to capture but couldn’t.  Either you didn’t have a camera, or you were out of film, or it was under exposed or out of focus?
I was in Saskatchewan.  It was late in the year, duck hunting, and there was a creek bottom that had open water.  Almost all the other water in the area was frozen.  I was watching greenheads –mallards– just pour into this thing.  Finally, I got permission from the land owner to cross the creek and get a better view of it from the other side. So, I’m pulling up with my truck and I look down there, and I think something’s odd.  I can’t see the water.  I couldn’t see it was because there were so many ducks on it.  There was literally not one square inch that didn’t have a duck on it.  I reached for my camera in the backseat, as they start lifting off in wave after wave, and the water is coming off their feet and bodies and wings.  In my mind, it was like slow motion, but I couldn’t get my camera in time.  It drives me nuts still. 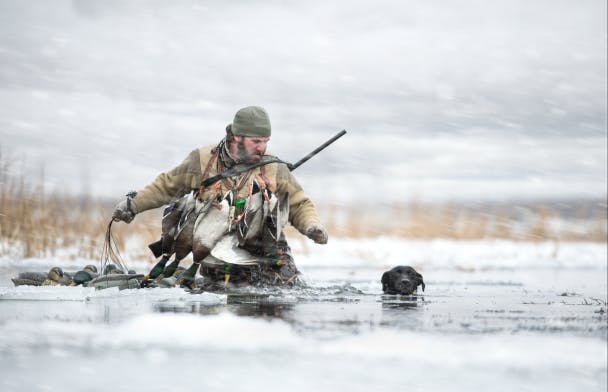 The Ultimate Connection to Nature