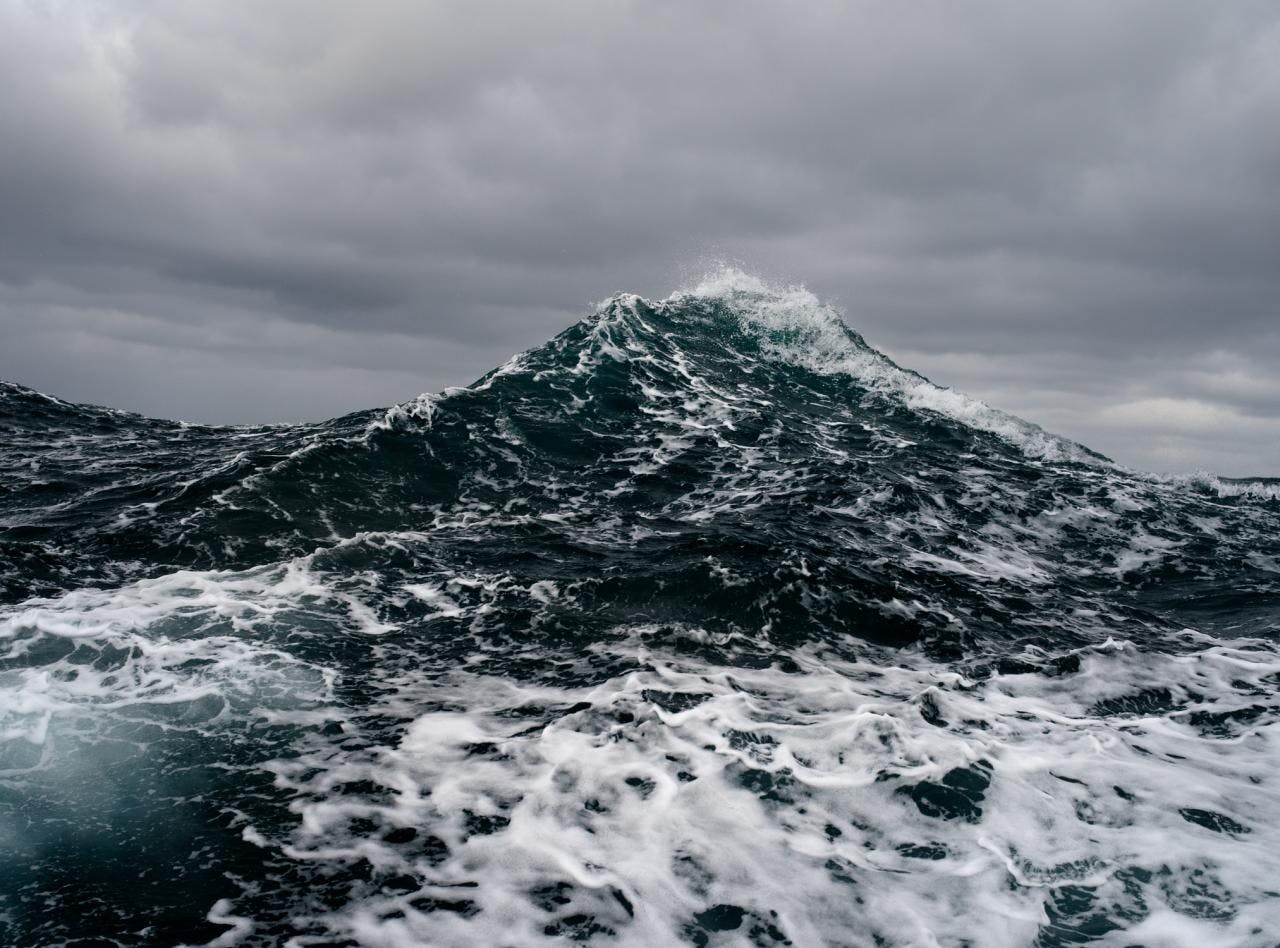 Corey Arnold is a fine art photographer based in Portland, Oregon. His work examines man’s relationship with the natural world including animals, food production, and environmental issues. Since 2002, he has photographed his life at sea working as a Bering Sea Crab fisherman and documented his summers captaining a sockeye salmon fishing boat in Alaska. In the off-season he continues to explore the world’s commercial fisheries in an ongoing project entitled Fish-Work. His photographs have been exhibited worldwide and published in Harpers, The New Yorker, New York Times LENS, Art Ltd, Rolling Stone, Time, Outside, National Geographic, Mare and The Paris Review among others. Corey has published two books of photography by Nazraeli Press including Fish-Work: The Bering Sea, and Fishing with My Dad. He is represented by Charles A. Hartman Fine Art in Portland, Oregon, Richard Heller Gallery in Santa Monica and commercially by Redeye Represents in Los Angeles.

How long have you been commercial fishing? What drew you to this work?

In 1995, at the age of 19, a buddy and I drove to Alaska in search of summer commercial fishing jobs. There were rumors of good money to be made and I had a lot of sea time experience fishing with my dad as a child and so commercial fishing was the perfect summer adventure. We walked the docks and I soon landed a deckhand job gill-netting for Sockeye salmon in Bristol Bay. 20 years later, I run my own boat in the summer for salmon and have spent many years fishing king crab, cod, and halibut as well. 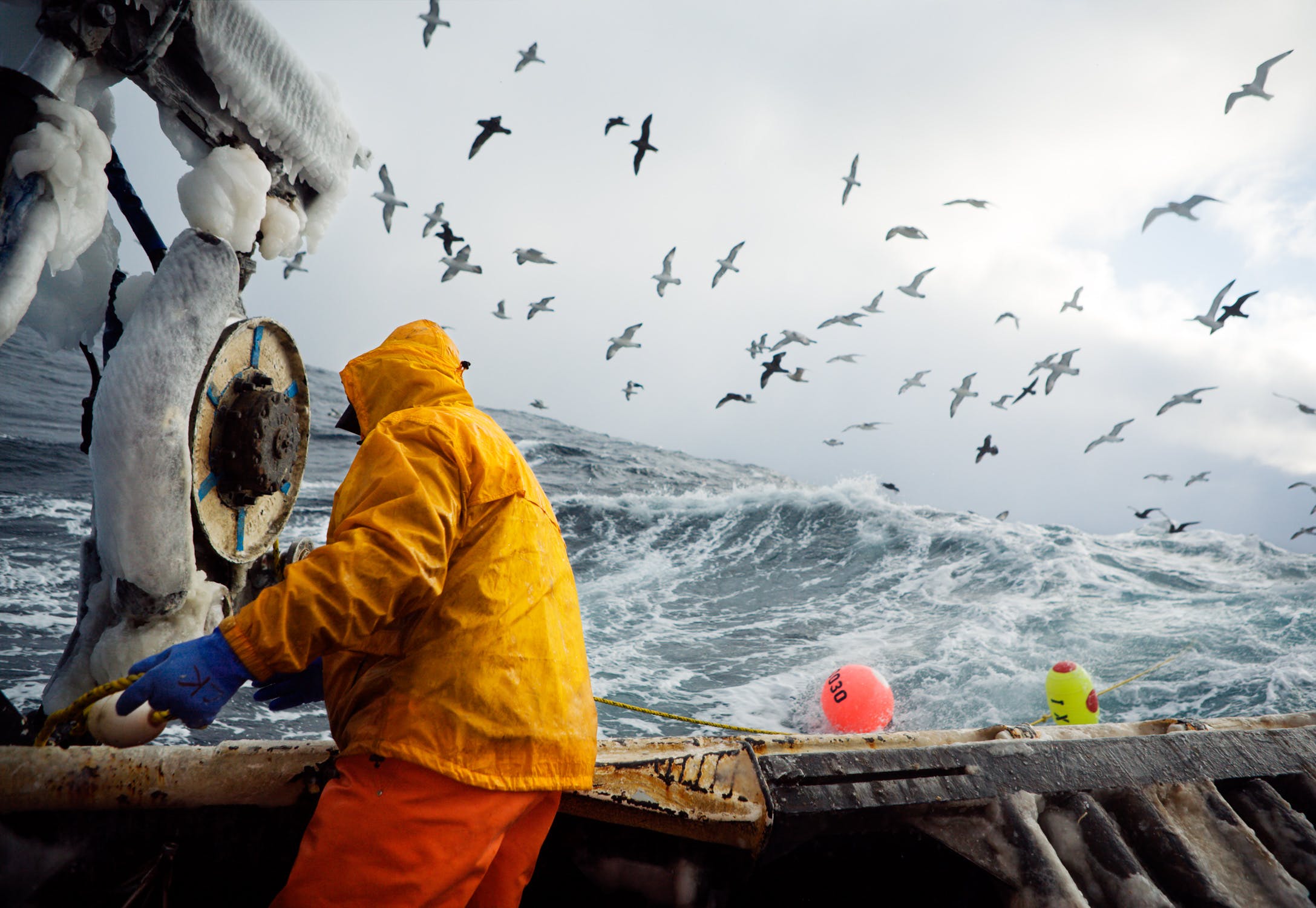 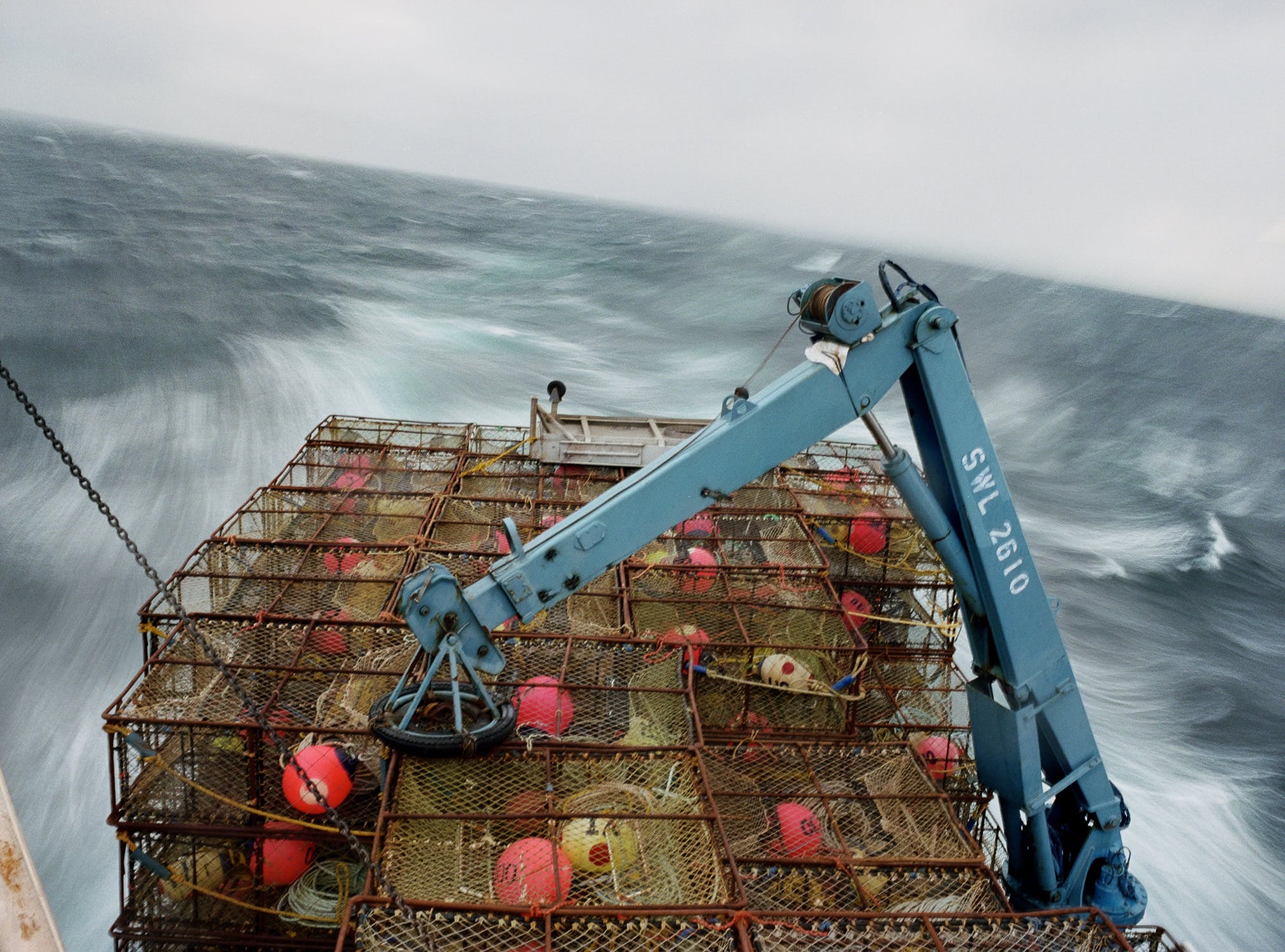 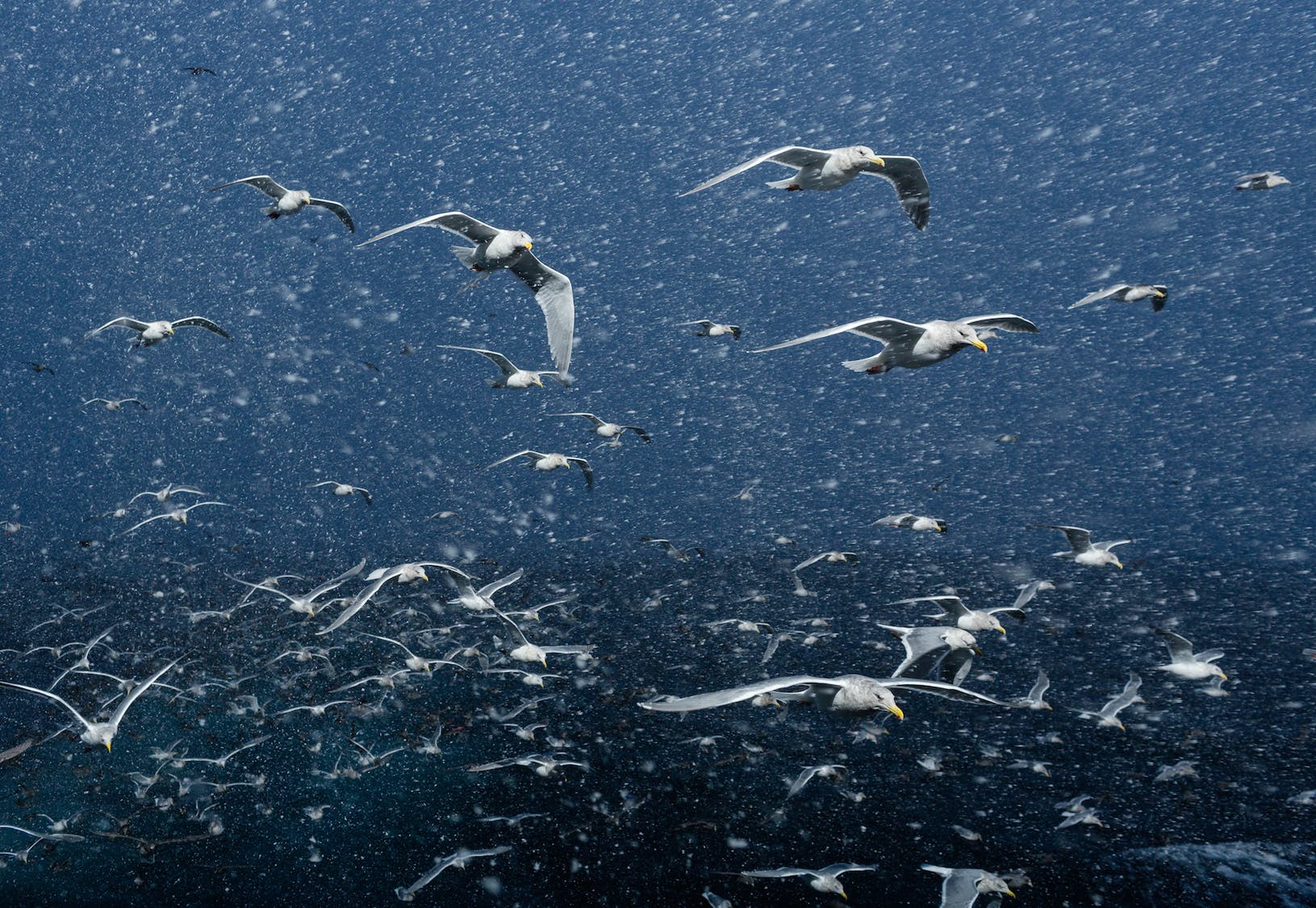 Have you always known what you’ve wanted to do with your life?

At a young age, I knew that I didn’t want to work a normal 9-5 job and felt an urgency to explore the world beyond the suburbia in which I grew up. So, I worked hard and played hard with ambitious goals to experience the far reaches of the world and survive financially at the same time. I owe a lot to my fathers influence. He was an avocado farmer, a passionate sport fisherman, and a photography enthusiast. There are pictures of me holding up one of my first caught fish standing on a dock wearing only diapers and sunglasses. In elementary schooI, I dressed as a big game fisherman for Halloween almost every October. Working for my father picking avocados as seasonal laborer built a foundation for a healthy work ethic, and I was encouraged by my high school photography teacher to take photography to the next level. I suppose that my life has gone generally as I dreamed as a child before I even understood what it meant to be a “professional fisherman”. 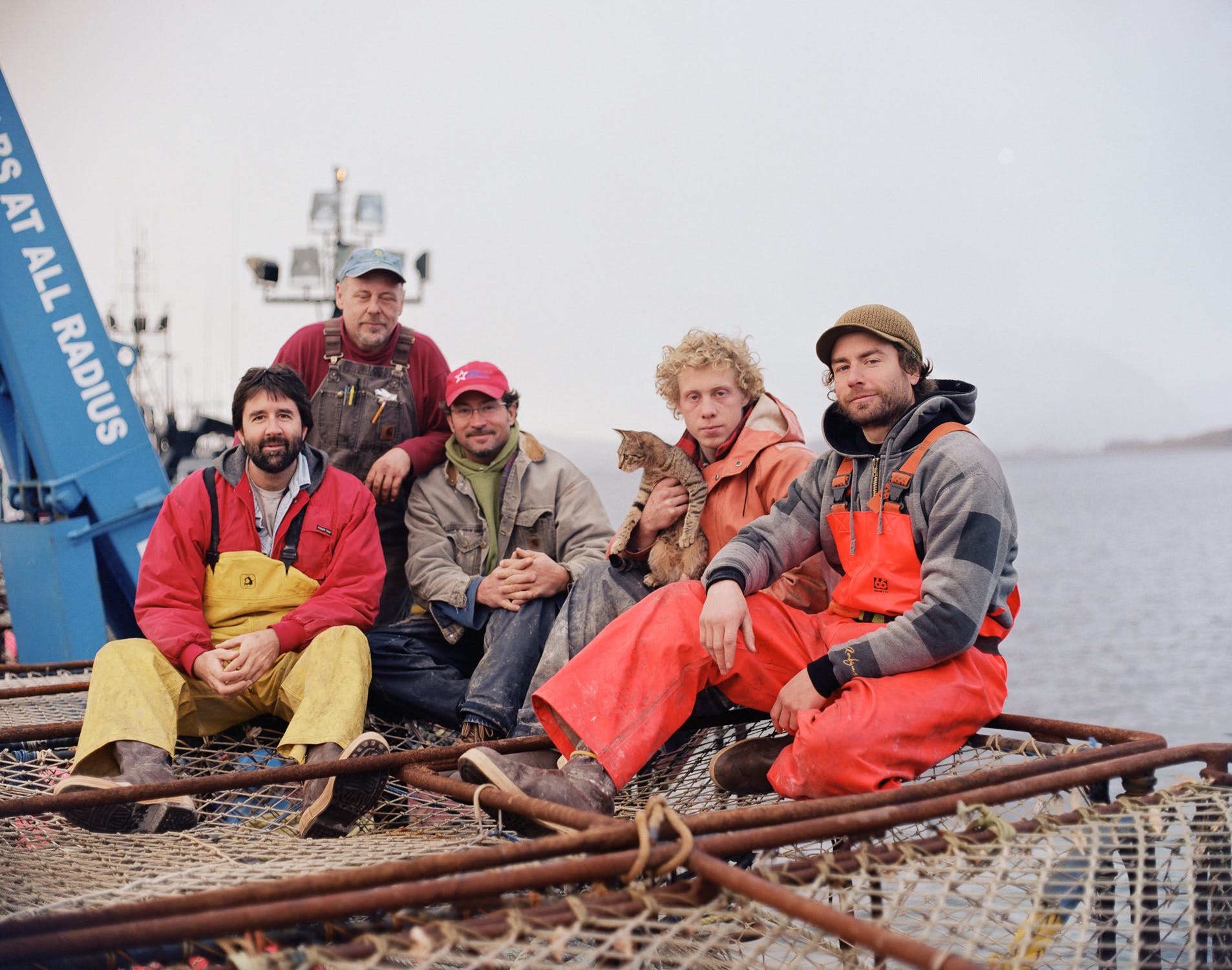 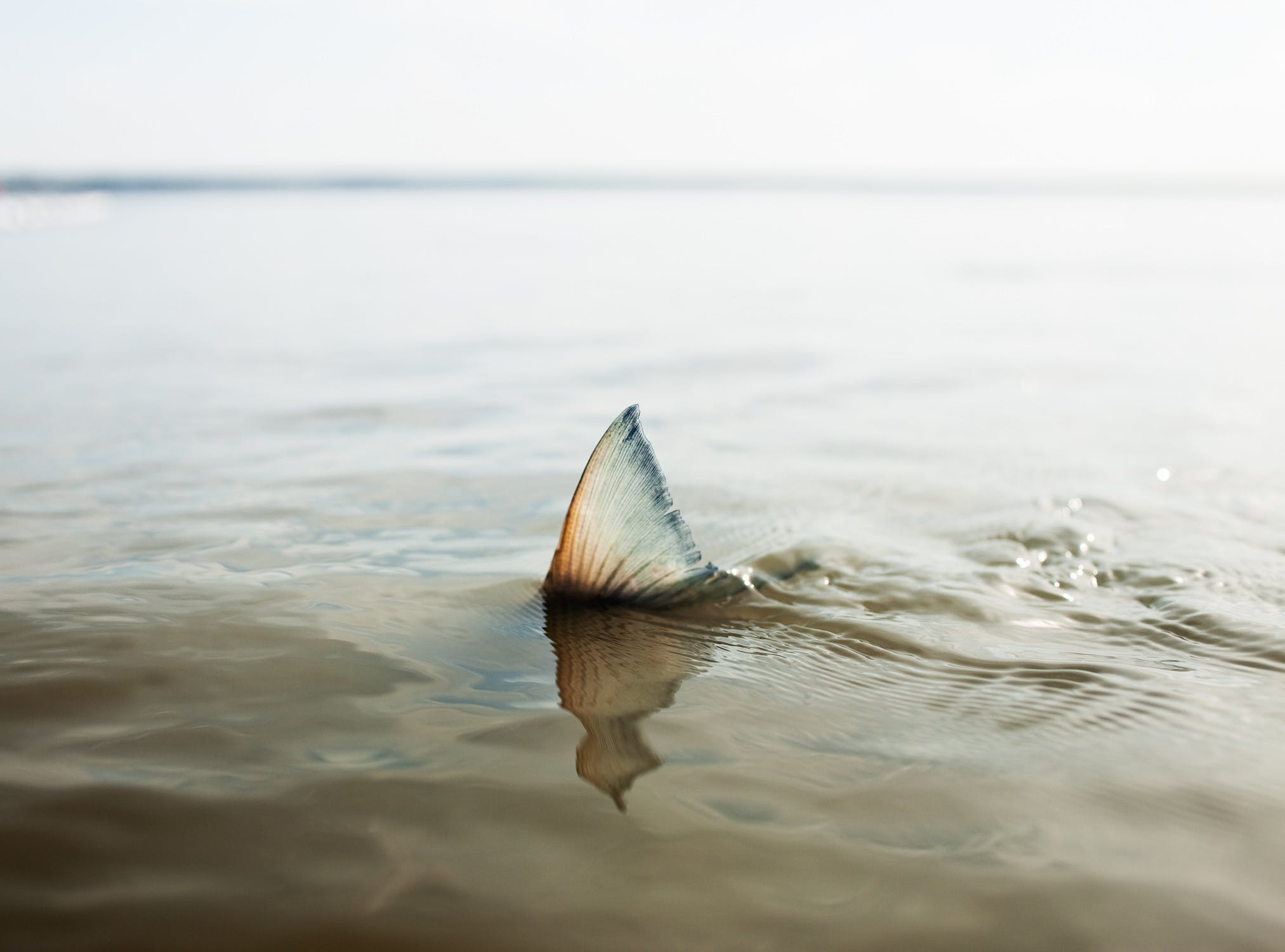 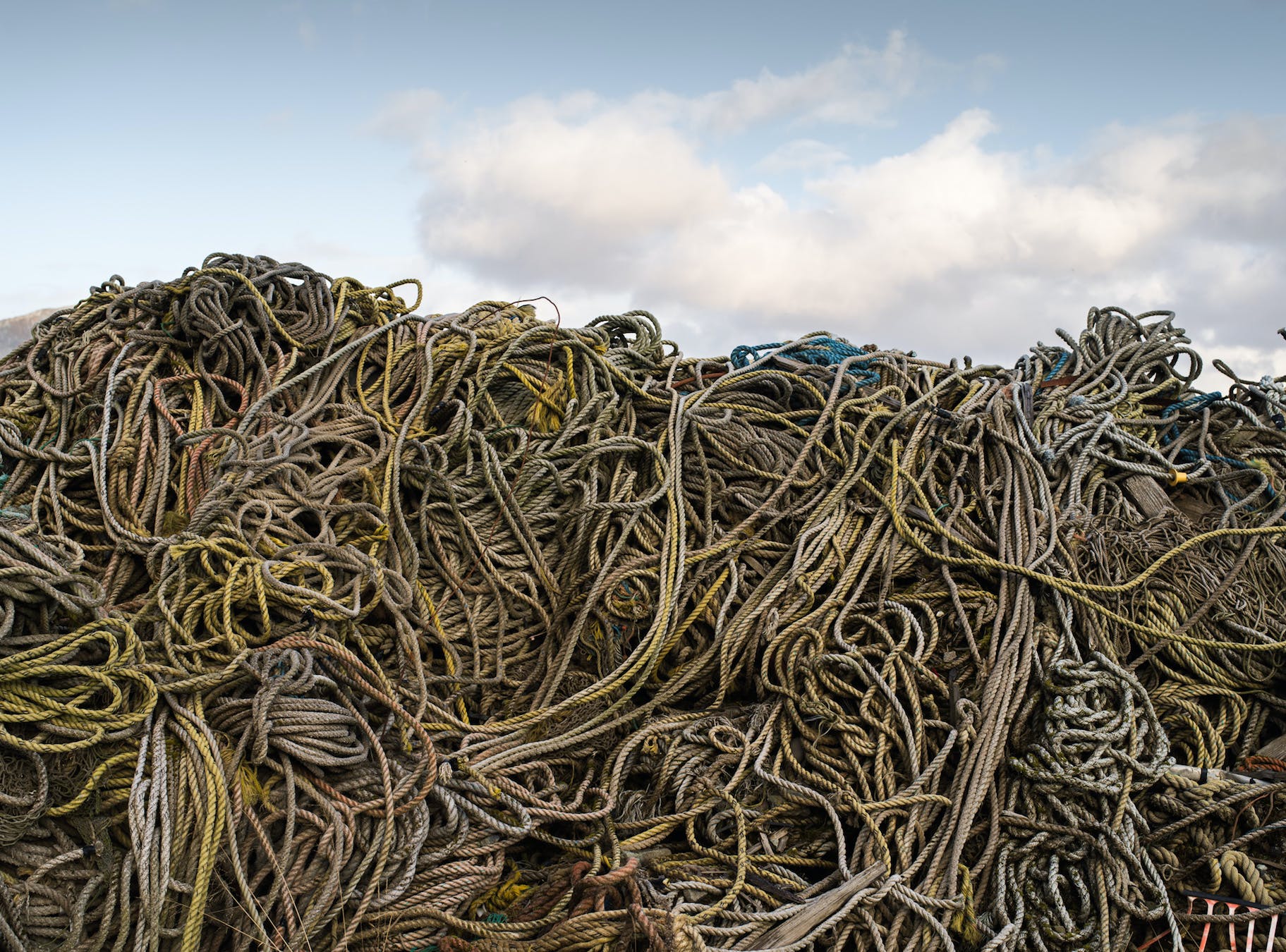 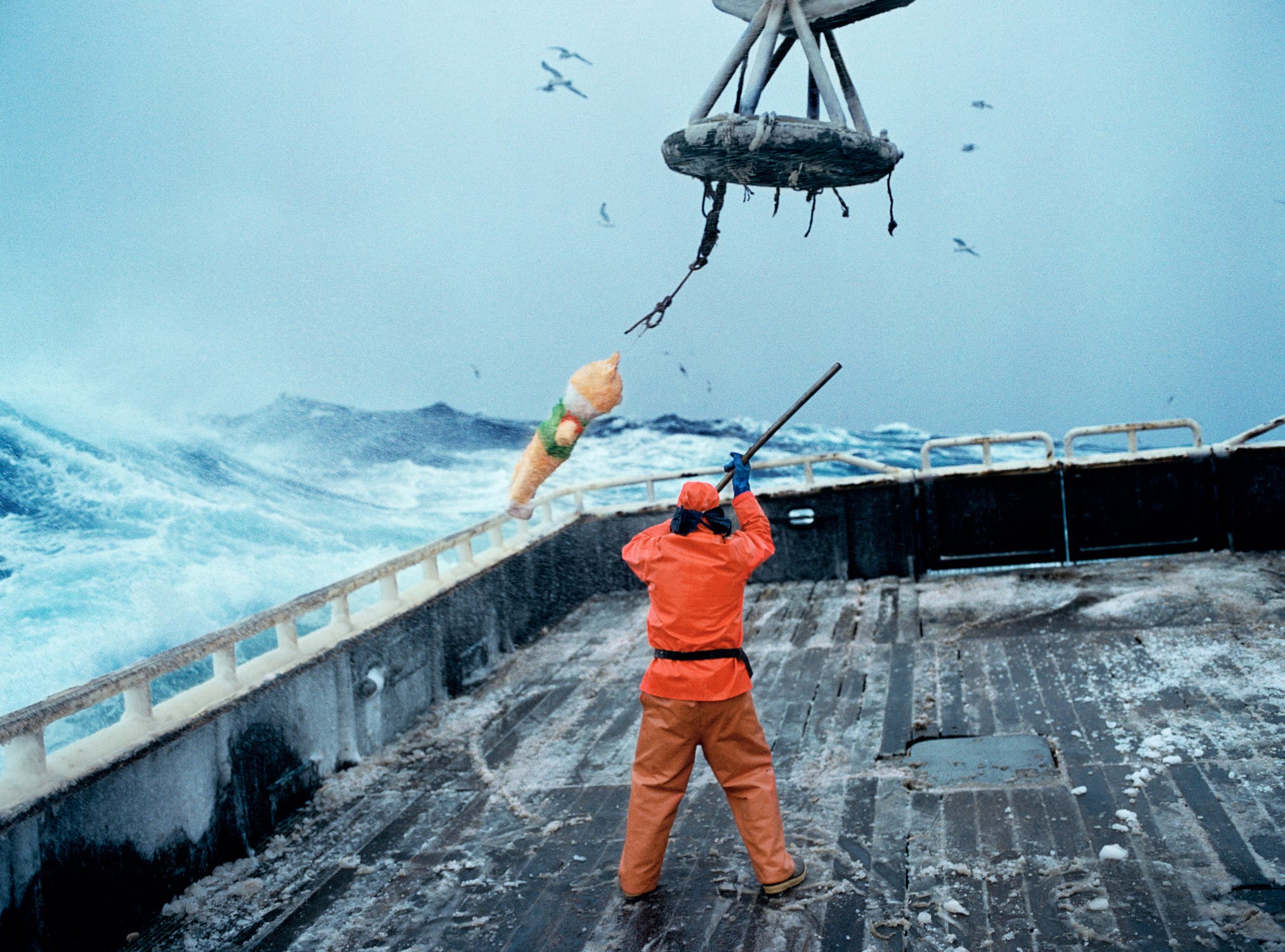 Were you a photographer before you were a fisherman? How did those two passions intertwine?

Fishing really came first, but I started seriously photographing my life at sea in 2002. I had recently graduated from art school and had the idea to work in different fisheries every year and photograph my experiences. At the time, the internet was young and there were very few photographs of commercial fishing online. The books that existed only romanticized the old days when men wore leather oil skins and smoked pipes. I wanted to examine the modern ways of the fishermen the way I saw it and lived it. And so it began on a cod jigger in the Bering Sea, followed by a king and snow crab fishing job that I clung to for 7 years. As I worked my way up in rank on the boat, I decided to stay, and that is where my first book: Fish-Work: The Bering Sea was born. 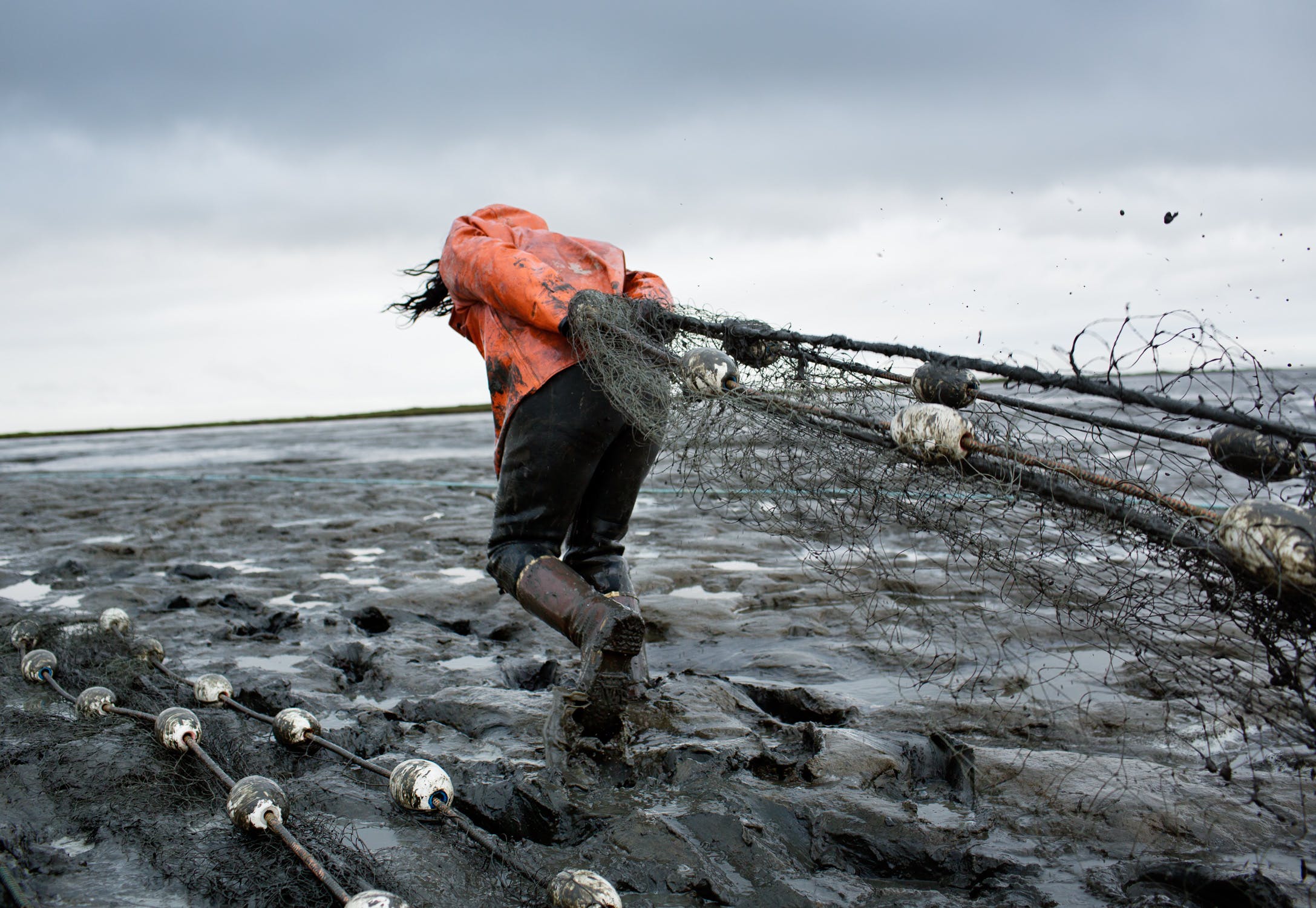 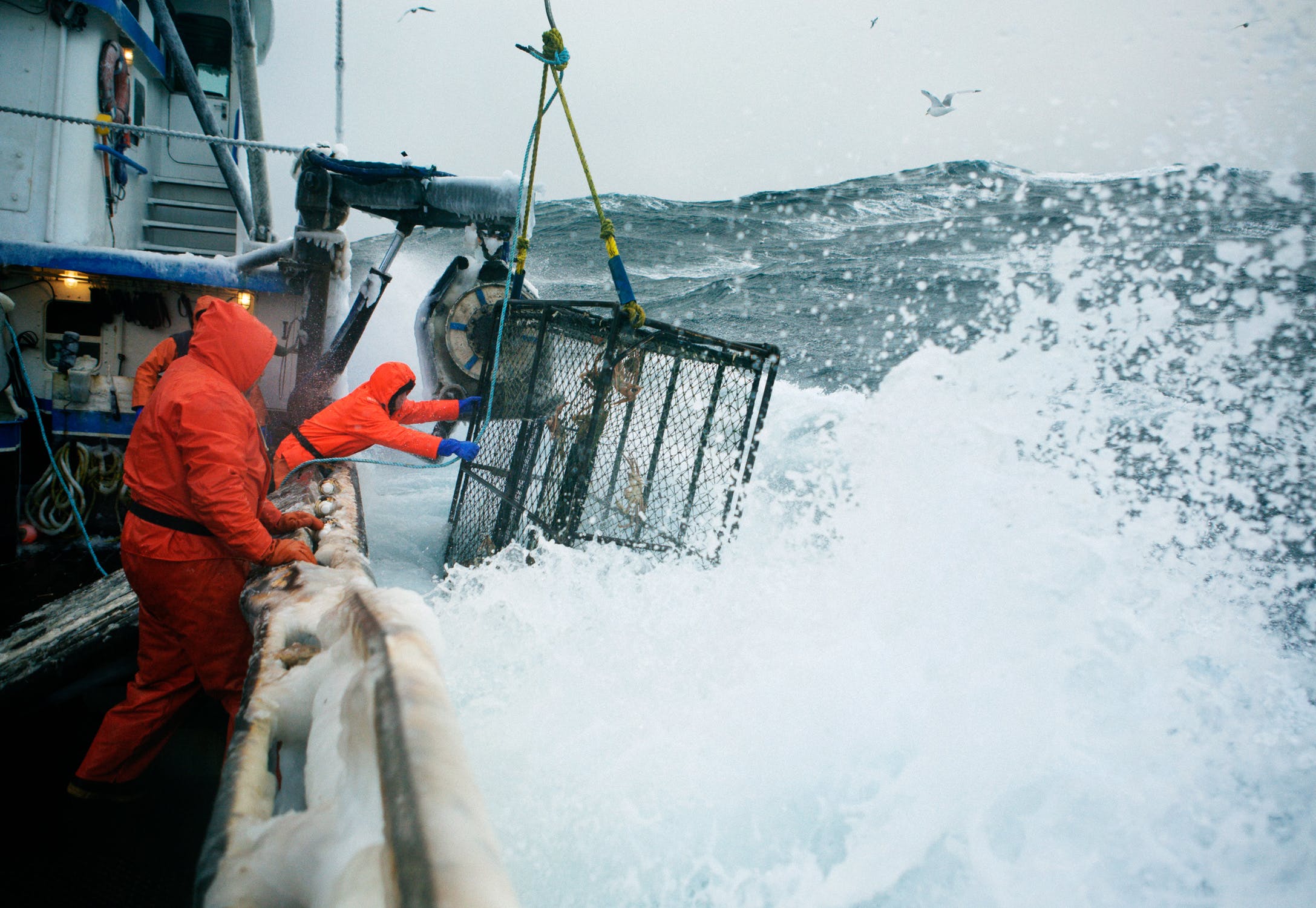 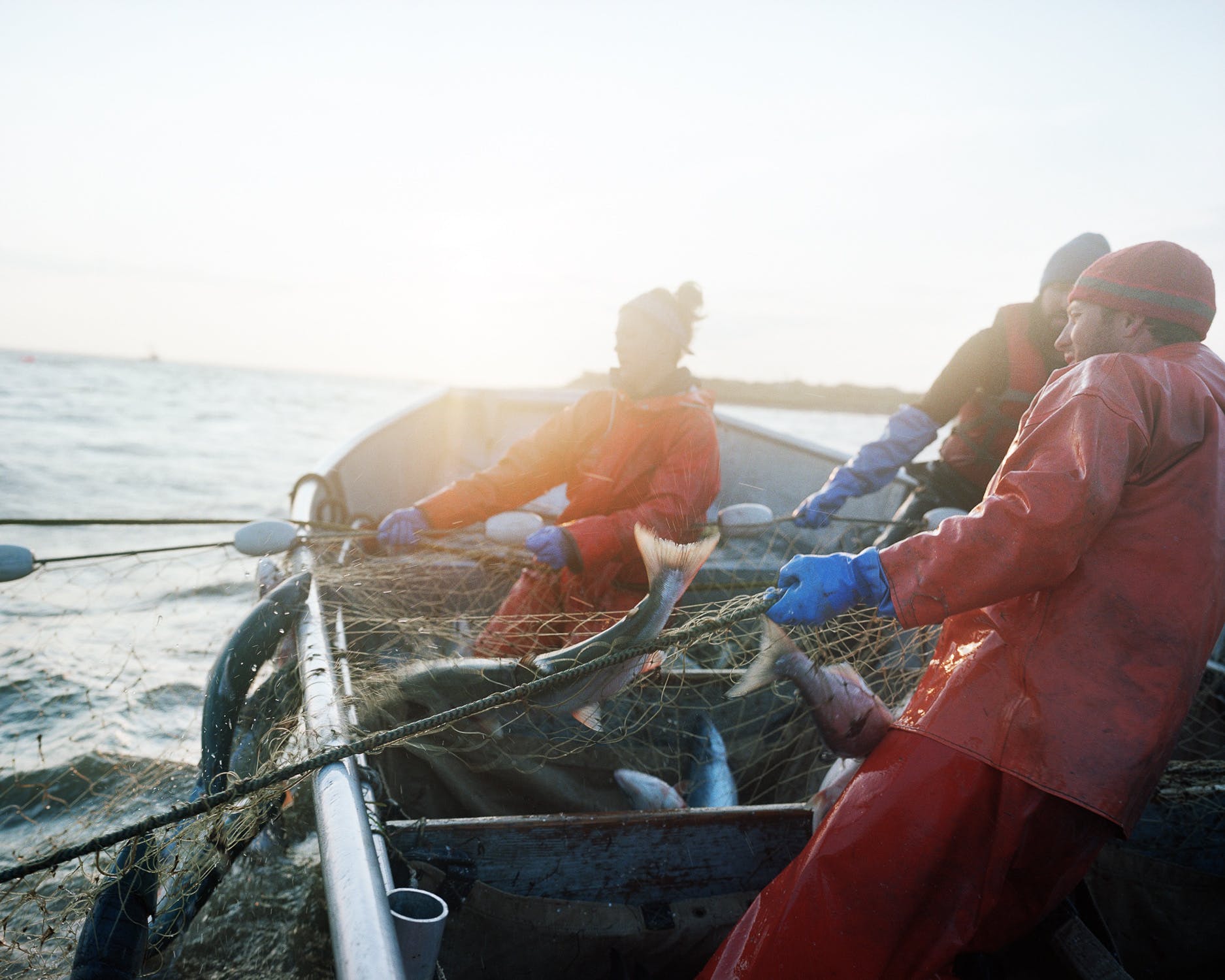 Can you describe your most vivid memory of fishing work?

Huge waves in the Bering Sea are most memorable. I had spent hundreds of days fishing on the ocean as a kid, but my first day out in the Bering Sea was the first day I experienced the true helplessness of being alone in steep 20 foot seas, a place we as humans should instinctually avoid. Facing the fear of working in those conditions and surviving the sleepless, endless nights of landing crab pots on an icy deck is probably the best boot camp life can offer. 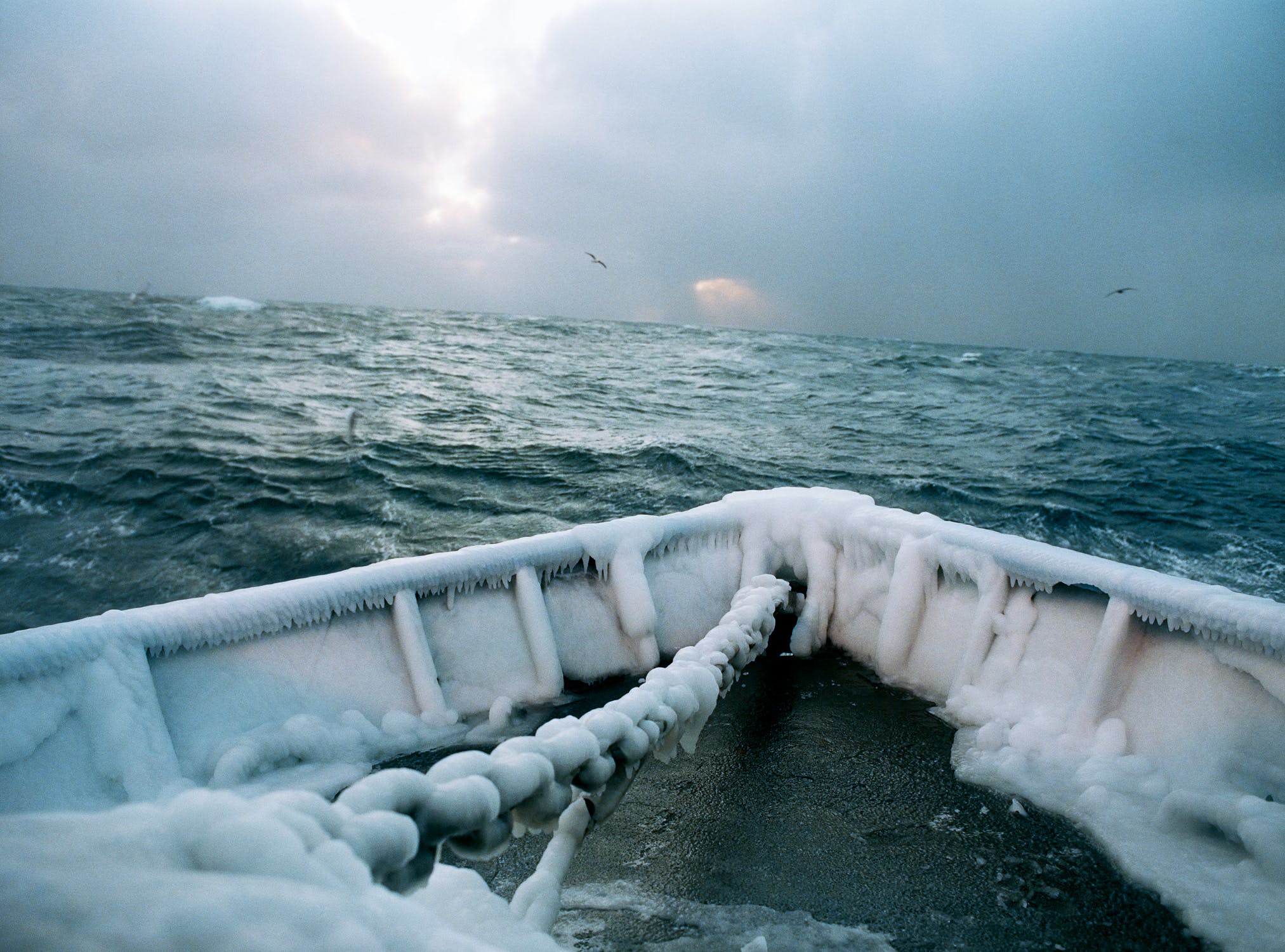 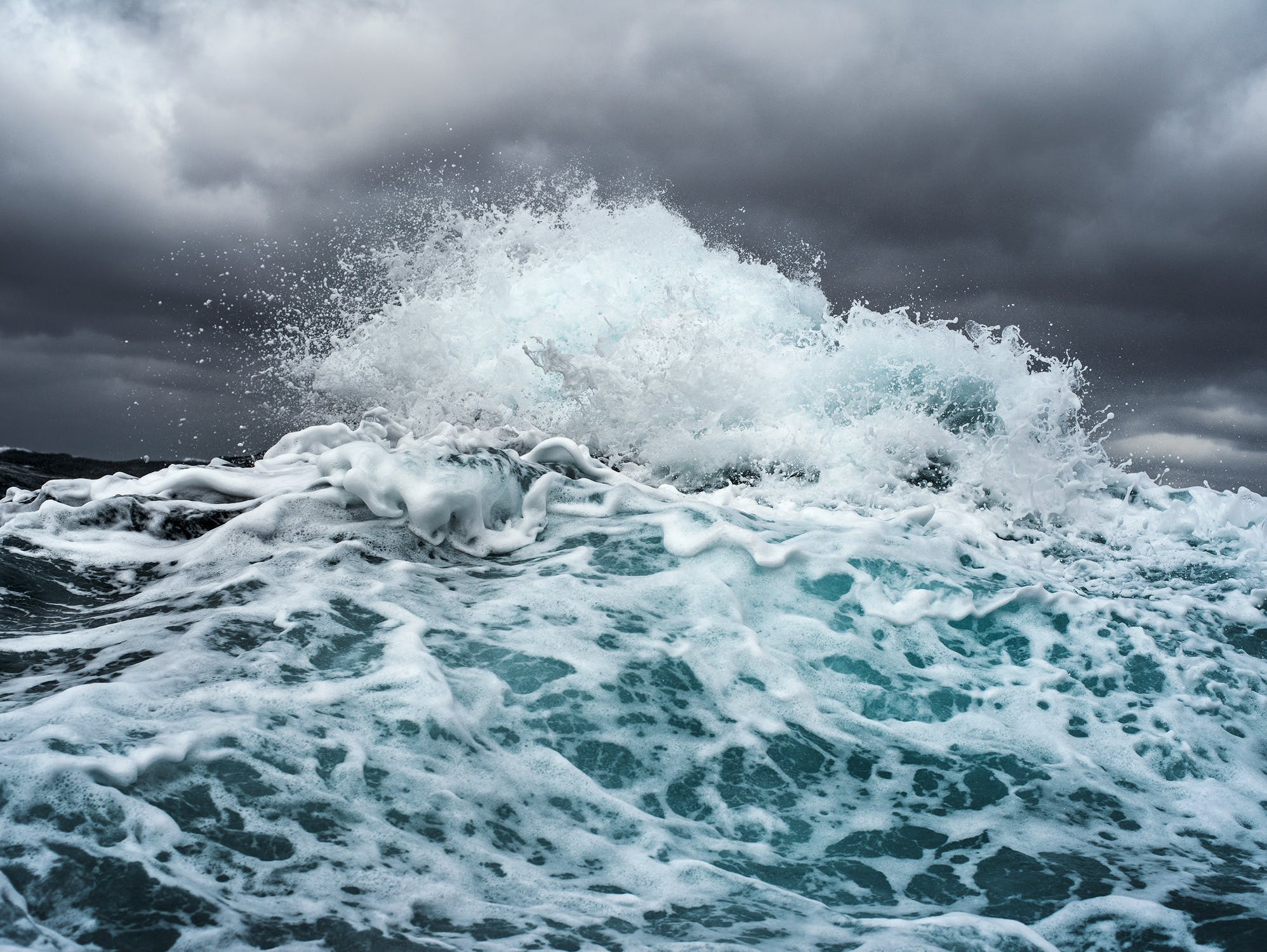 What aspects of fishing do you try to capture in your photography?

The sea is a great mystery to me. You never know what might show up in the net, pot, or hook. I love to photograph the creatures that we encounter: seabirds, marine mammals, octopus, the waves, the weather and the men and woman who live for it. I want give the viewer a visceral experience of what fish-work is all about. I also aim to educate the public about where our food comes from and talk about ways that commercial fishing and environmentalism can co-exist. At the moment, there are massive copper and gold mines proposed in Canada, upstream from some of the most productive wild salmon rivers still left in the world. It’s important for me to share the struggles of commercial fishermen with a wider audience. 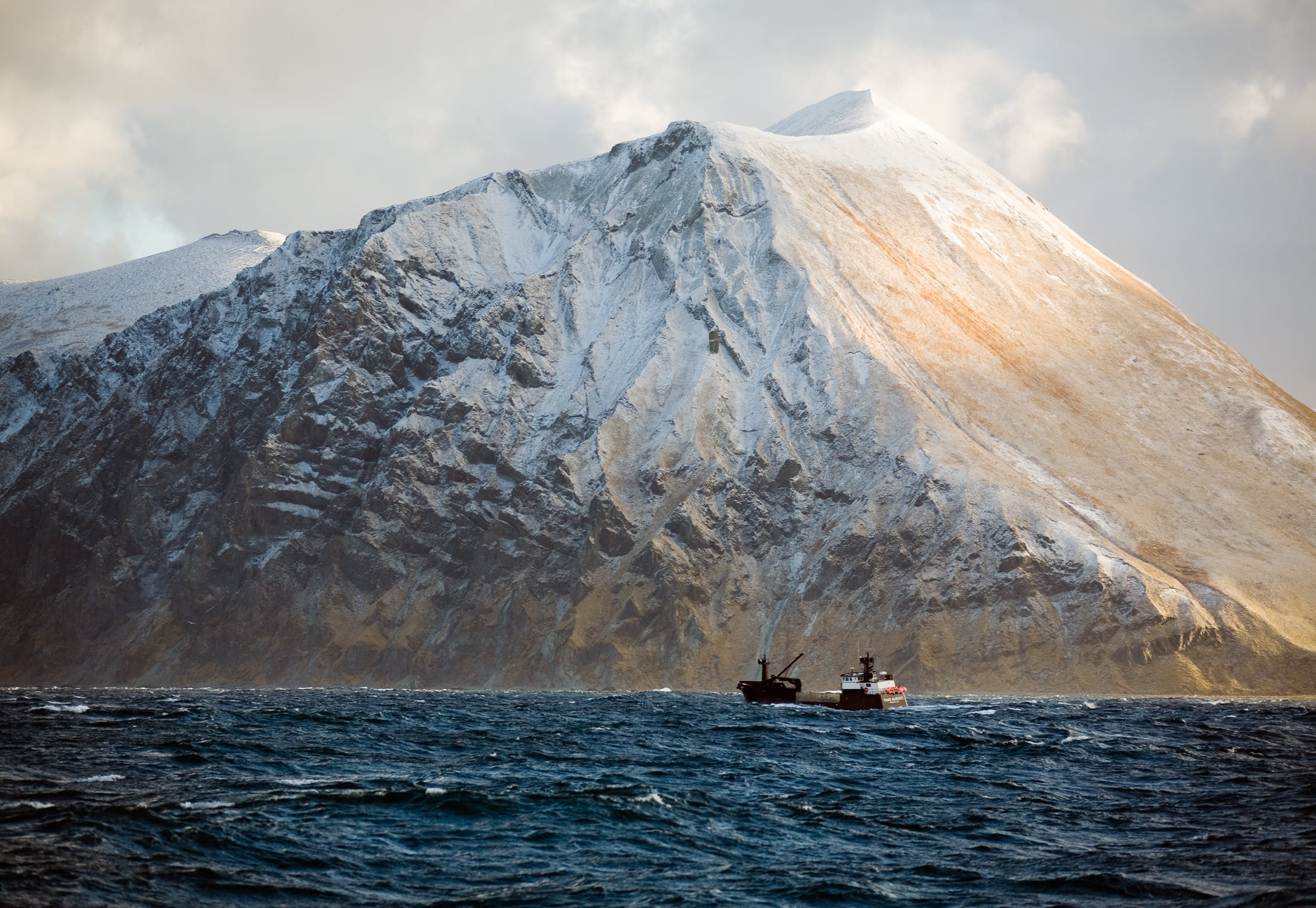 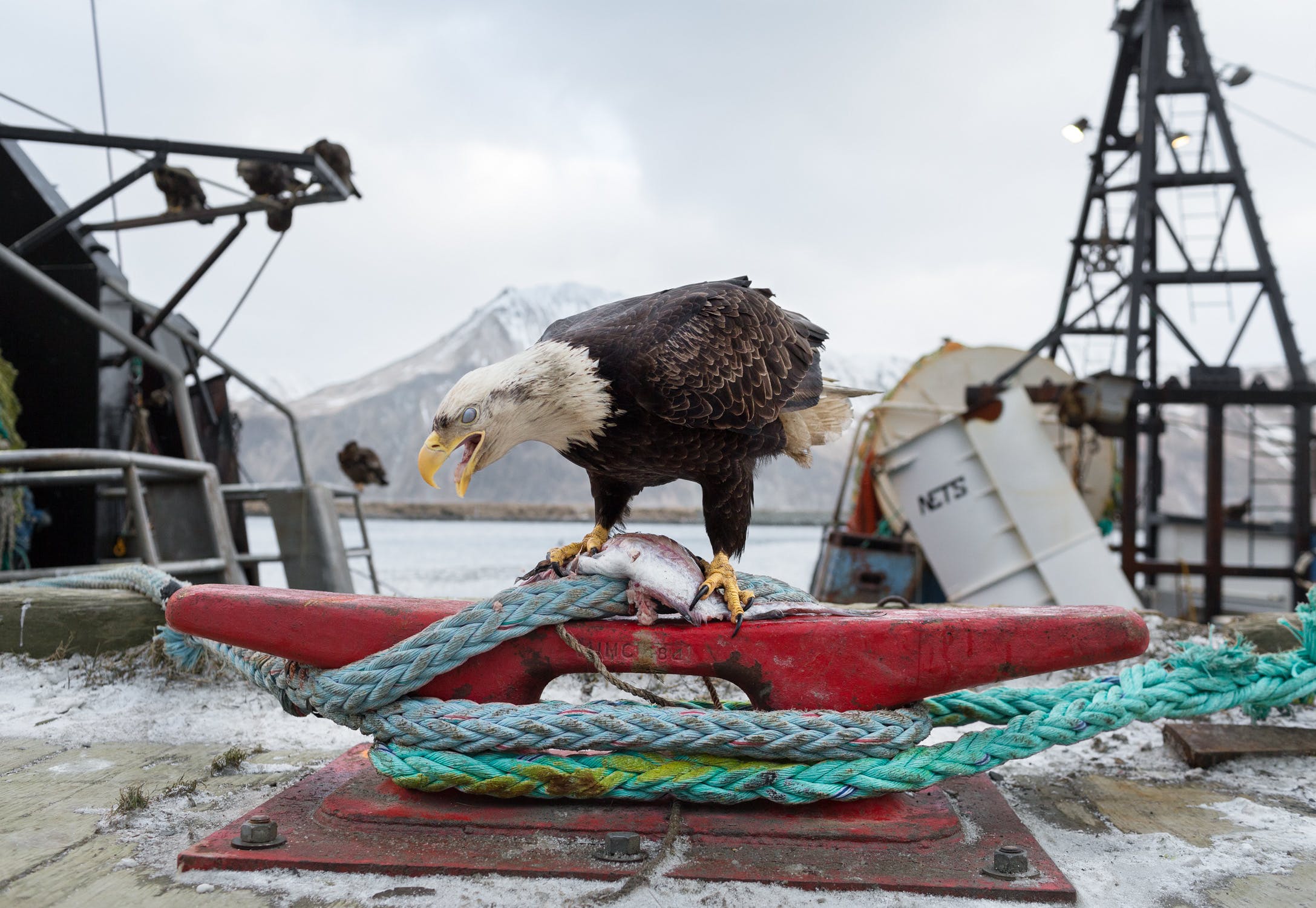 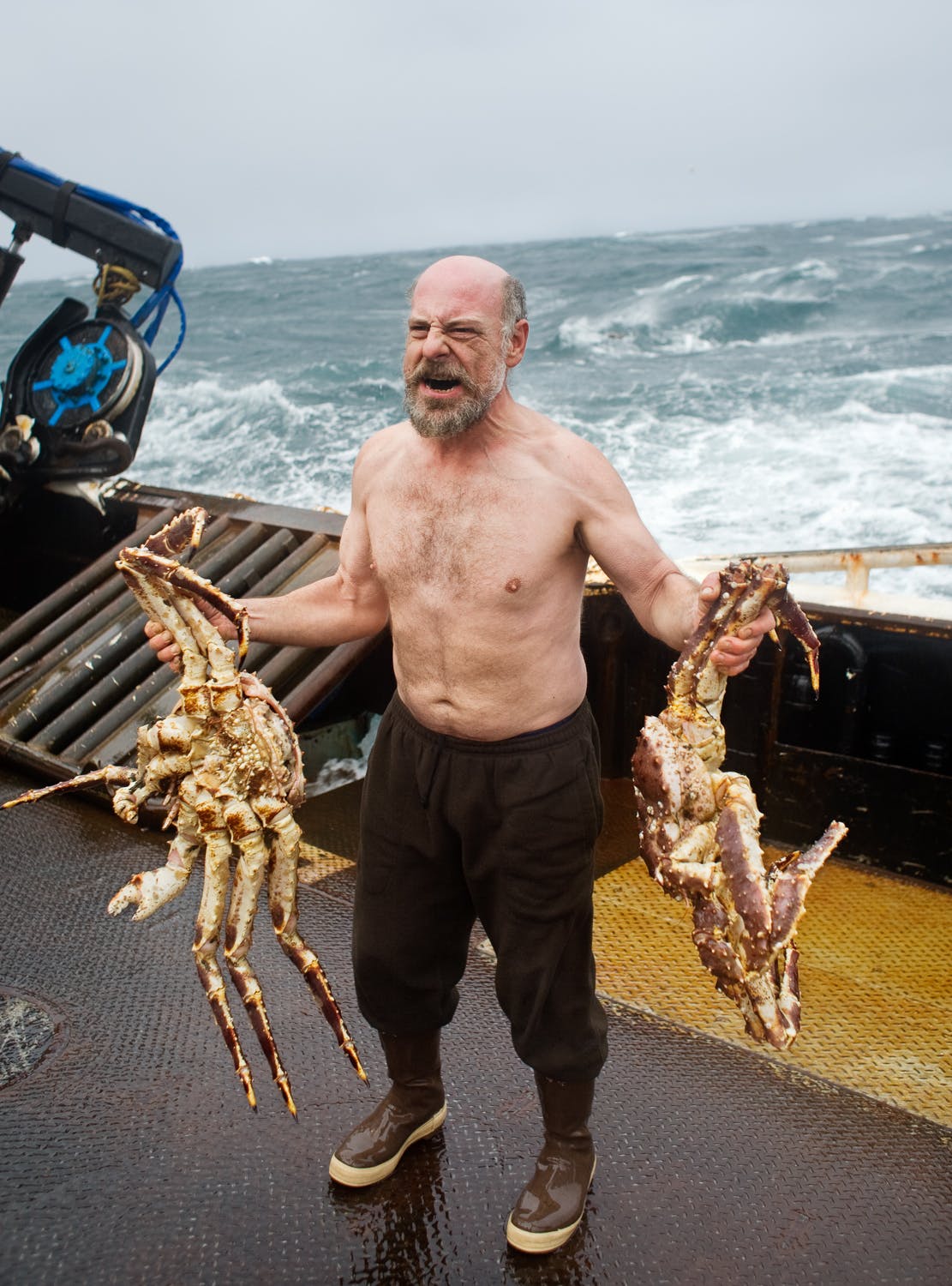 Is there one photo or a set of photos that really resonate with you? One you could call your favorite?

Kitty and Horse Fisherman is probably the defining photo of my career. It captures a bit of everything I’m interested in as a photographer: The relationship between humans and animals, life at sea, and a bit of strangeness that leaves you with unanswered questions. 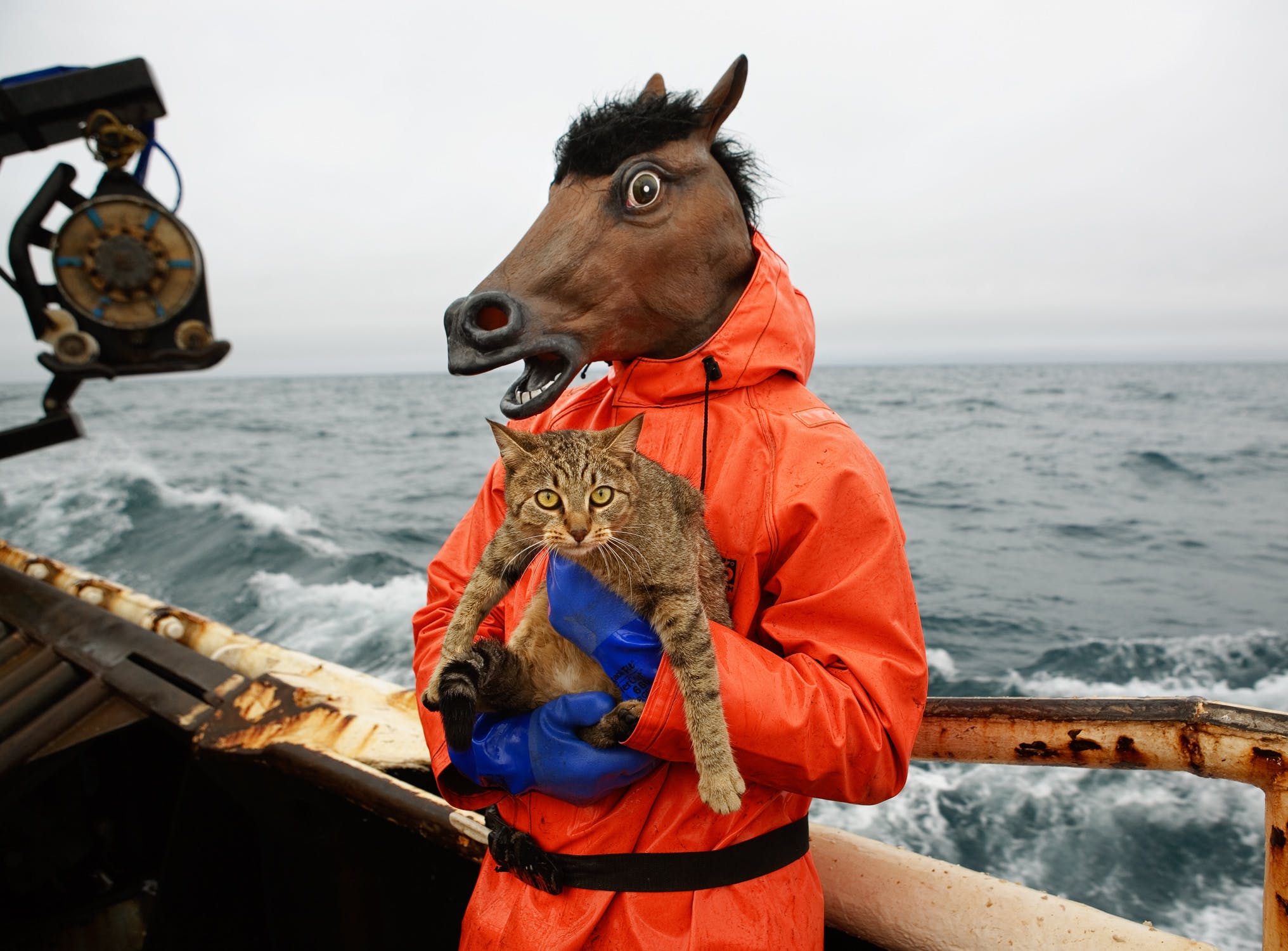 Where are you based from now?

Portland, Oregon most of the year. I live in an abandoned cannery in Bristol Bay, Alaska during my salmon fishing season in June and July. 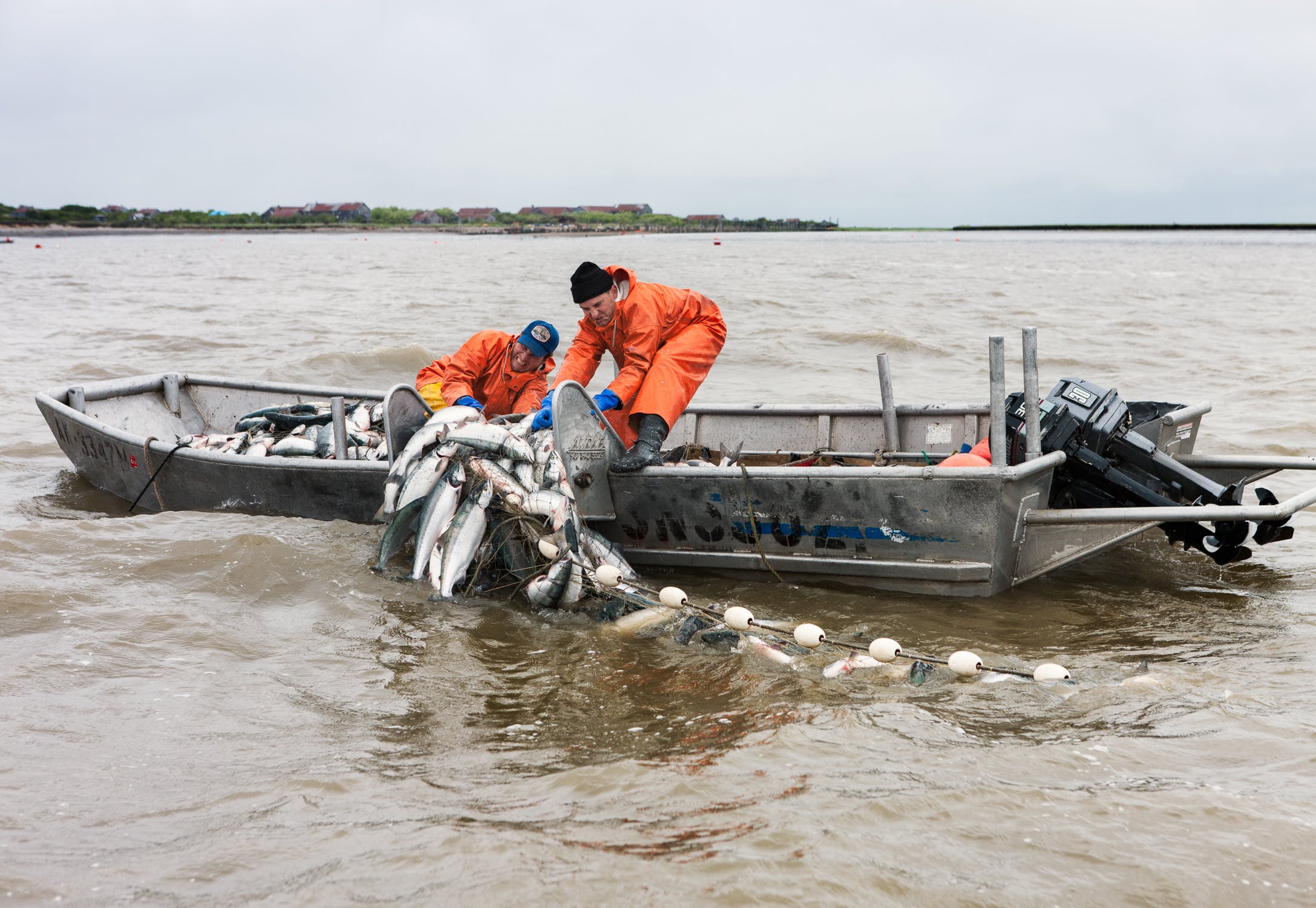 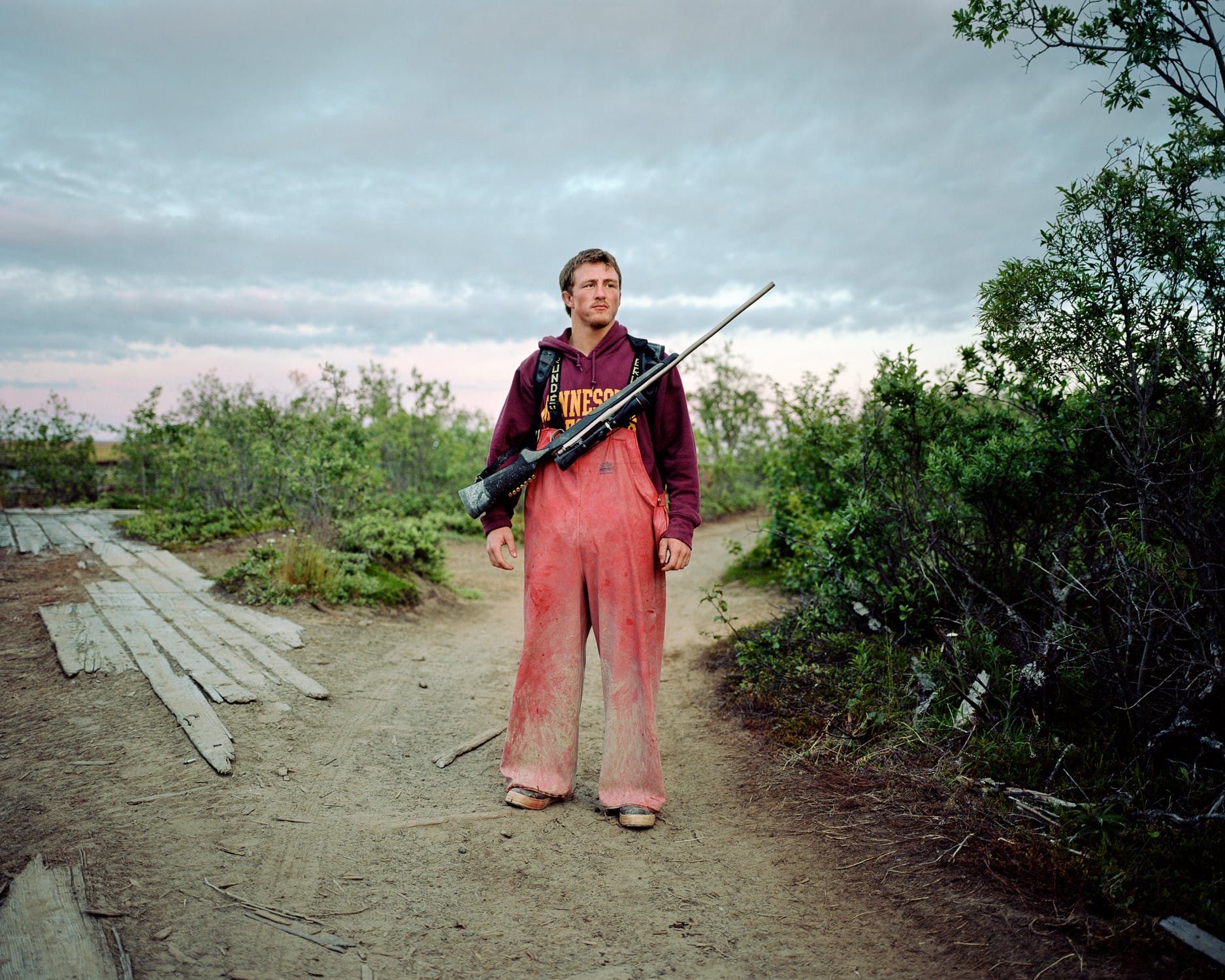 What three things do you love about that Alaska in particular? 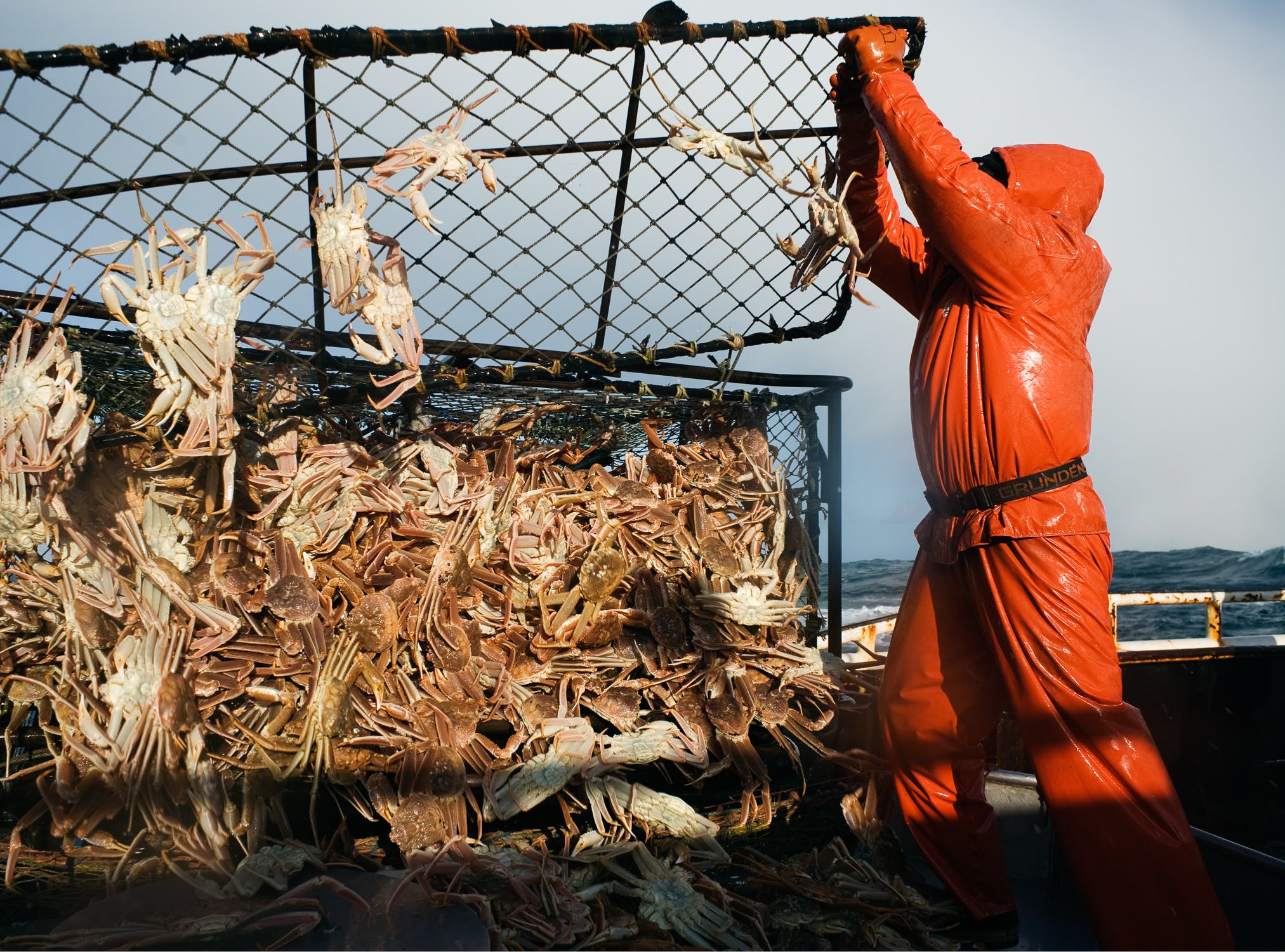 What’s the best advice you would share with others?

Follow your dreams over money, avoid soda pop, and do something with your hands. Never underestimate the power of manual labor for the soul. 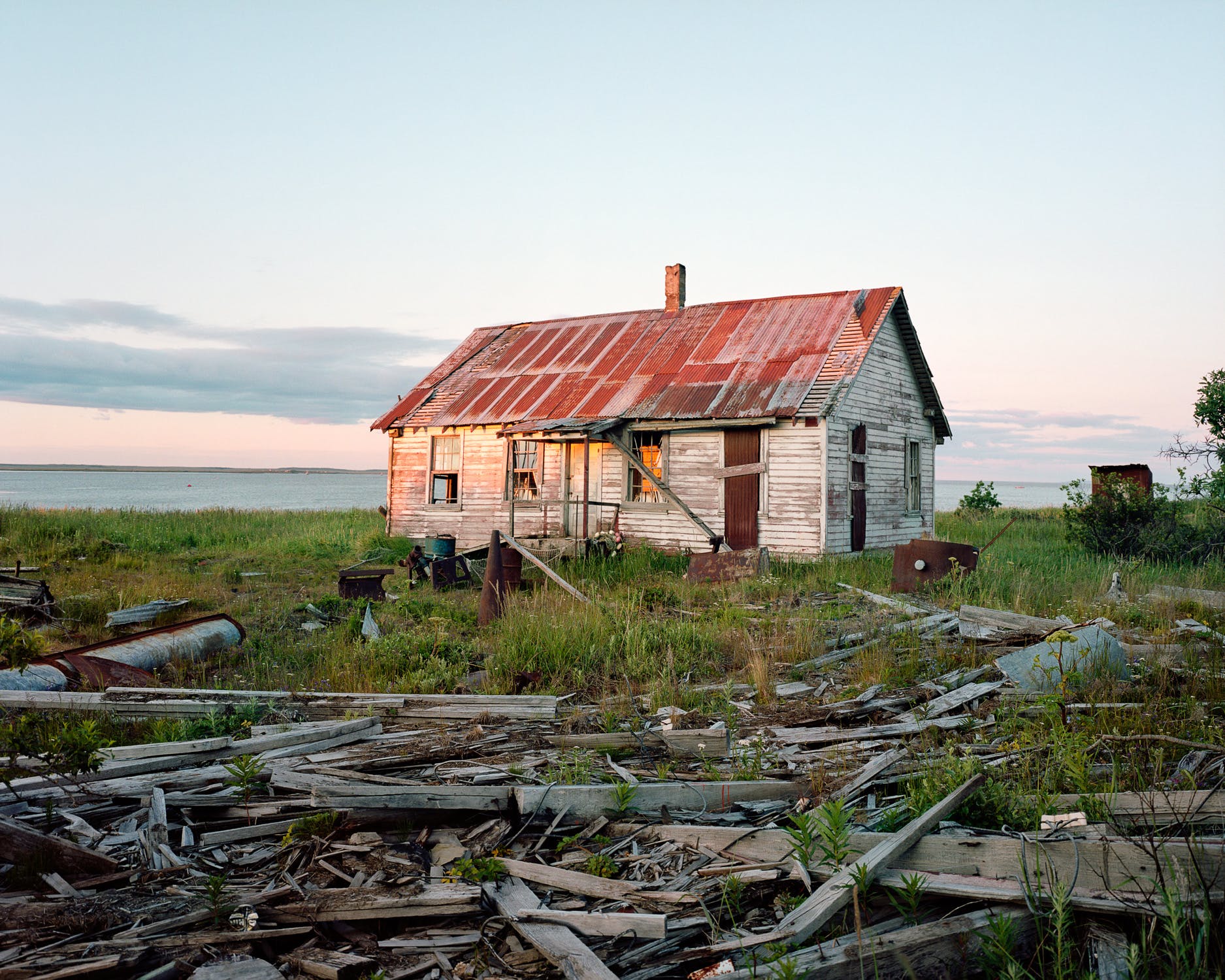 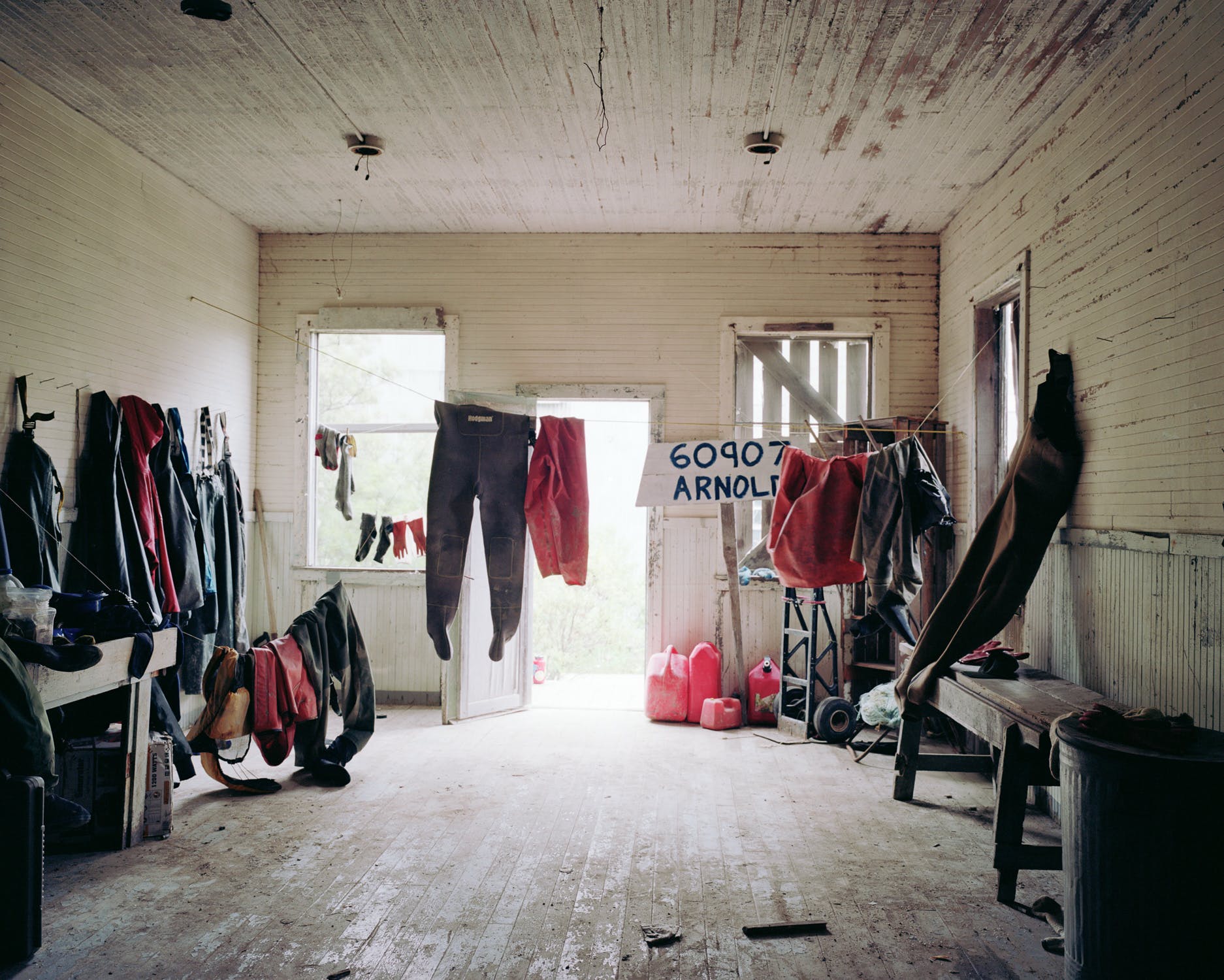 What does the future hold for you? What’s next on the agenda?

I’m working on a long term project about life in the Aleutian Islands and will continue to document fishing culture around the world. Look out for a series of photo books in the works.

Corey Arnold will be in-store at our Portland location on March 16th from 5:30-7:30PM sharing some his photography and experiences on the open ocean. More information on this event will be available soon. To purchase prints of Corey’s work, visit Hartman Fine Art. 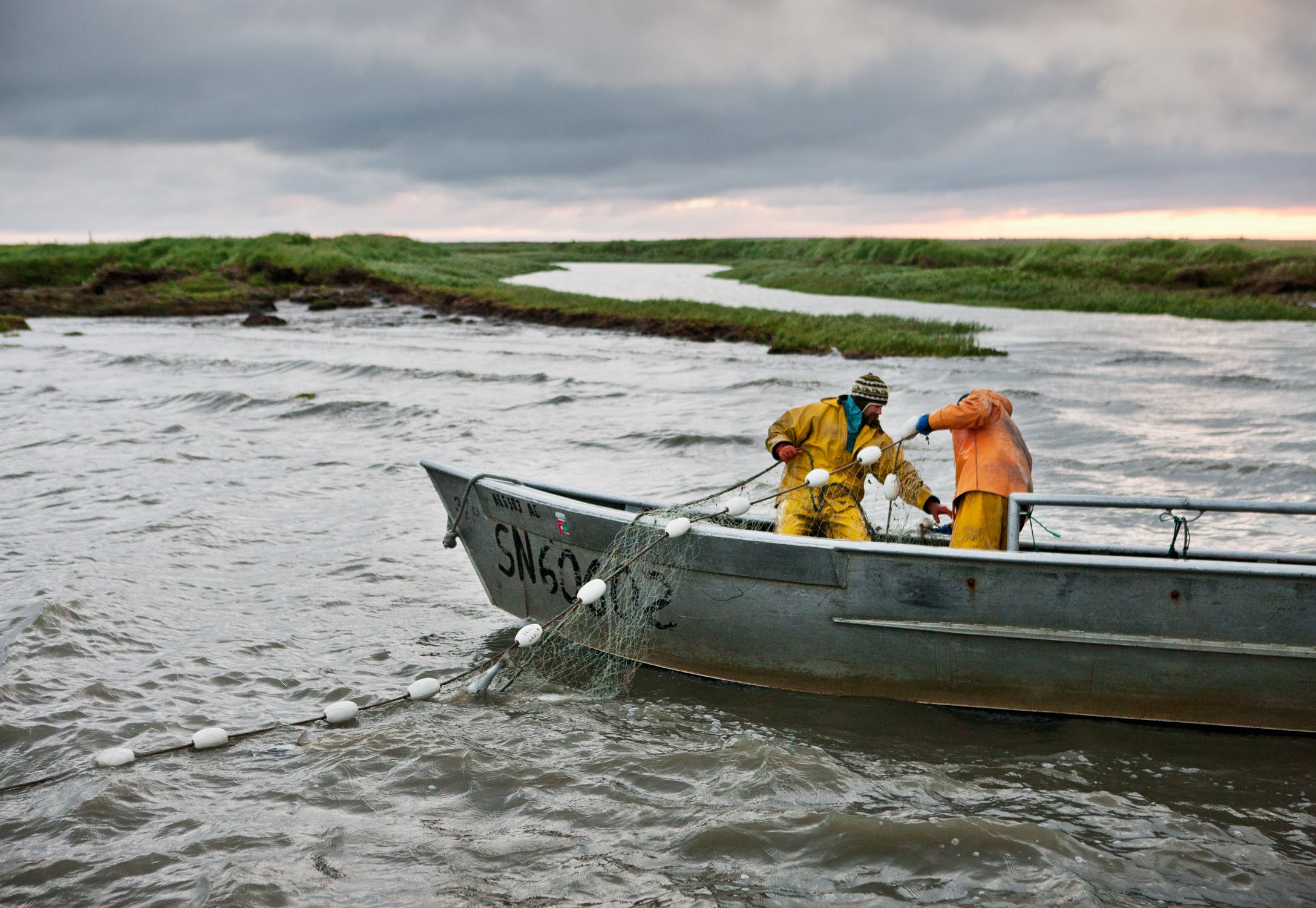 Baiting Tips for the Filson Fisherman

Everything you need to master the art of fish baiting right here in this handy list.   Pre-Baiting Pre-baiting is a technique to entice more fish to the area you plan to cast you line. The goal is to get fish comfortable with feeding so that when you do throw in your hook bait, the 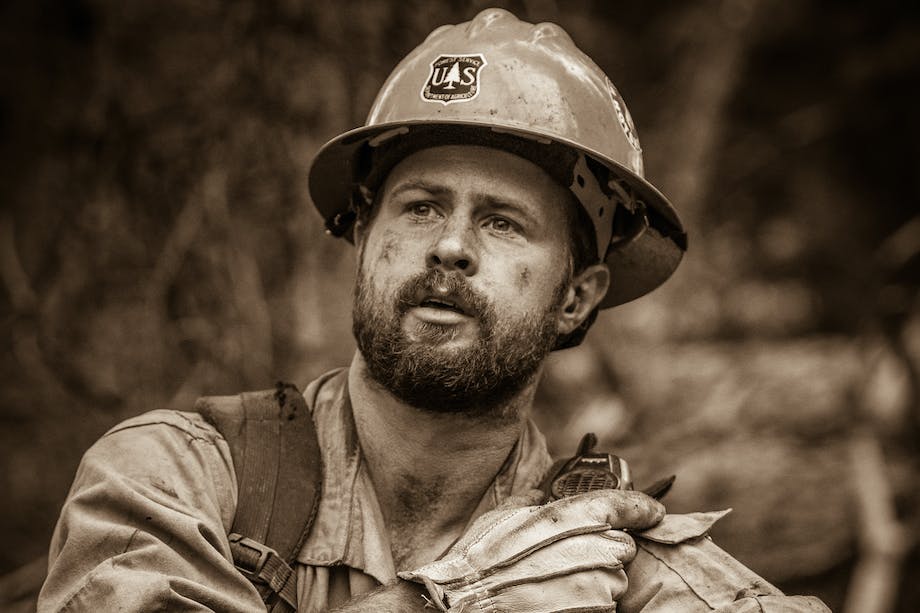 Aboard the F/V Arctic Lady: Self-Sufficiency on the High Seas