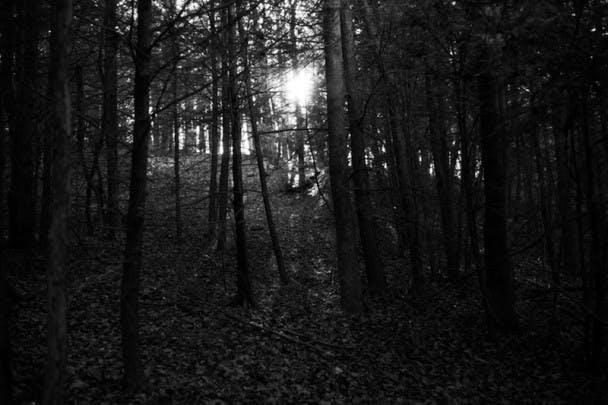 Bryan Bowie has a rare talent for making the overly photographed look foreign and new. Through his camera, a simple shoreline image is wrought with feeling, a barren landscape breathes; the wind and waves more dynamic in his captured black and white format than they were in person. The Southeast Virginian native has spent his life split along the Atlantic seaboard and along the highways that stretch America. He’s been driving across the country on his own since 16. We had a chance to catch up with the 30 year old photographer to discuss his love for open road, open beaches, and how it should be against the law to visit Europe until you’ve spent time in your own backyard. 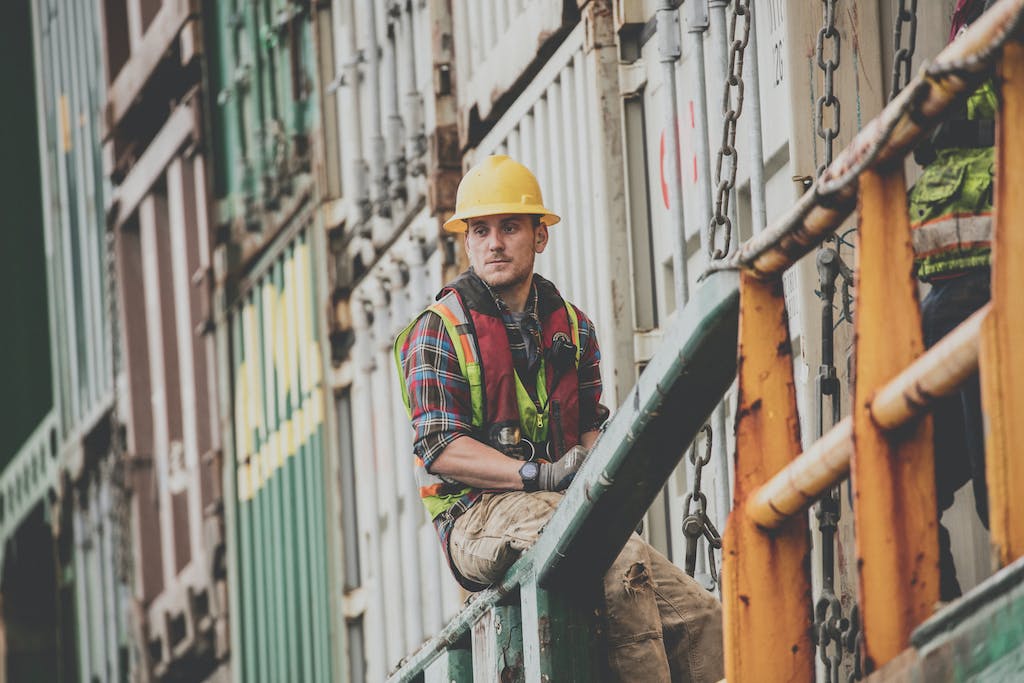 What are your interests?
Mainly because I don’t have the self control to not dive into everything new that pops up and grabs my attention, that would be a long list.

Off the top of my head, besides photography, artwork and surfing, would be travel (by land), exploring places that may be overlooked. Books. I’ve been drawn to the idea of climbing and getting into some elevation, I have no idea why but usually that’s how these things start, maybe I’ve been at sea level too long. I’m a fan of all printed matter. Design, good solid design that’s reliable and also gets out of the way, in all of it’s forms. I’m also currently obsessed with all manner of overland vehicles which I’ve found truly isn’t a passing affair. I’m currently building a van to live and explore in. Living simply, having less and doing more. 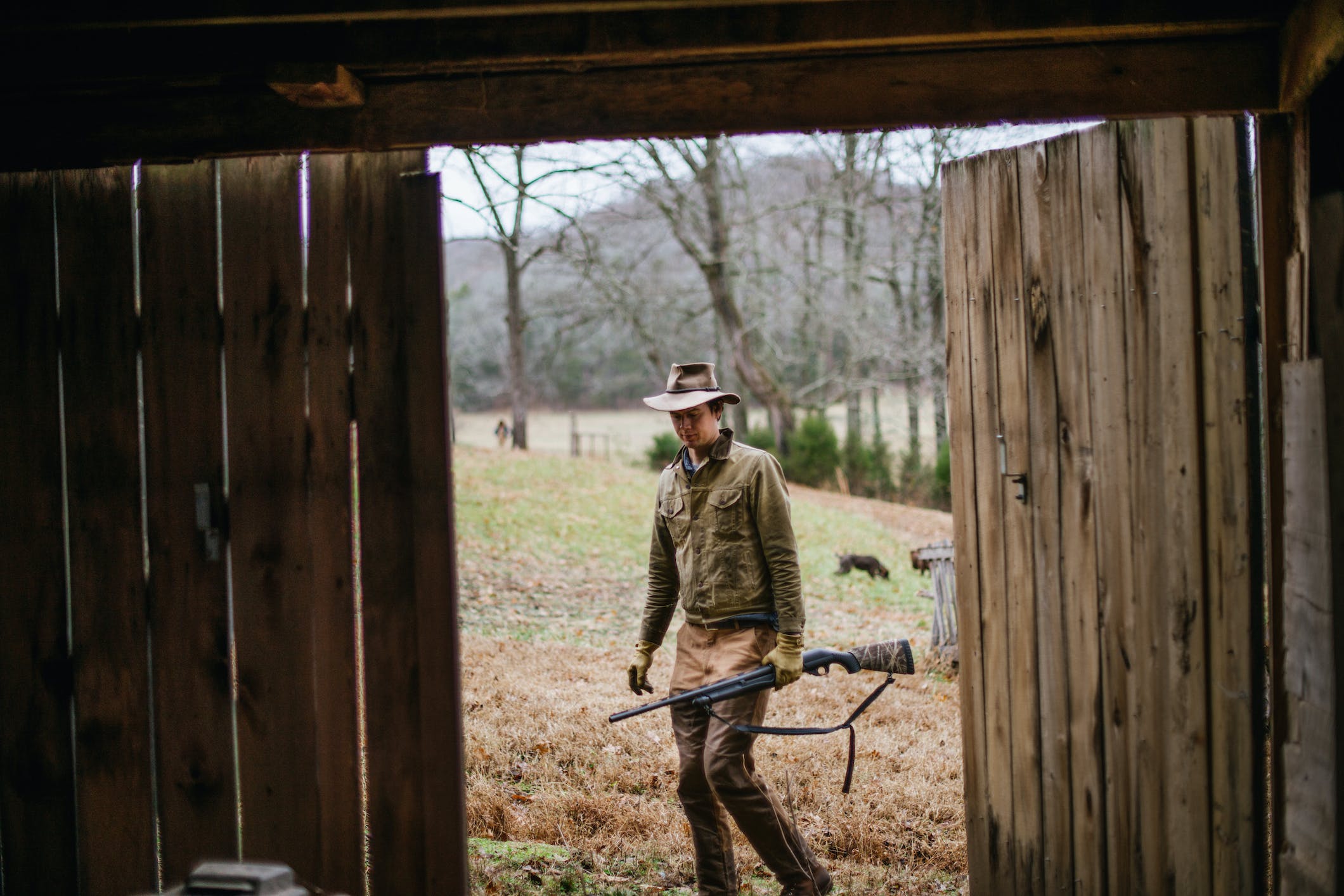 How long have you been shooting photos?
Since first playing with a camera as a kid I continued to toy around and experiment, but there’s hardly any length on the attention span when you’re that young. I wish there were.

I’d say I dug my heels in around 16 or 17. That’s when the significance of what a photograph could be or could become hit me. The impact they can have. It took years and years to properly sink in, but it planted and grew from that realization. There’s a lot of stuff to see and sift through in the middle, and it took even longer to develop into what it has, which in the large scheme probably isn’t much. It’s been somewhere around 12 or 13 years since. I’ve been telling myself stories ever since. I just recently turned 30. Admittedly, some years were slower than others until I was in my early 20’s then from there it’s been non-stop. I’m still learning. I’ll never stop learning, at least I hope not. That would be terrible. 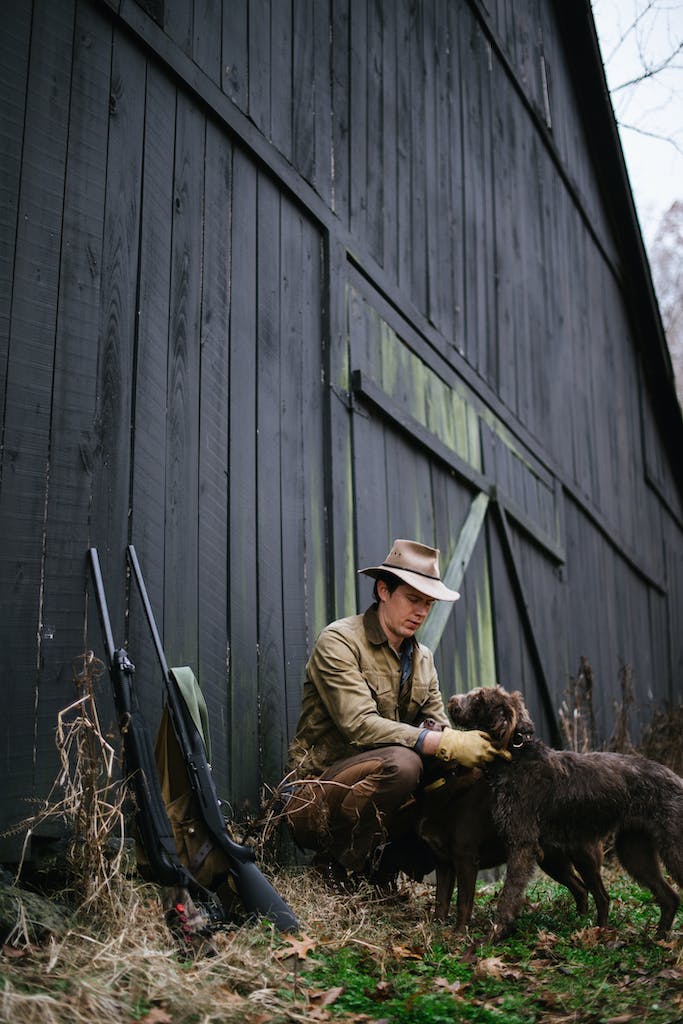 How would you describe your photography in 5 words?
I’m too neurotic for that. That was five, I say we count it! Really though, I’m no good at that kind of thing, at least not without enough time. I could b.s. it and get introspective but really I usually shoot what interests me as part of a story or just turns me on in general. I think that’s what it’s about in the end. If you’re compelled enough by something for your own reasons to make a photograph of it. Writing that down I realize how weird that is to say in an age when everyone has a camera phone and will snap a photo of literally anything and share it. I don’t care what someone ate for dinner or what they wore today. 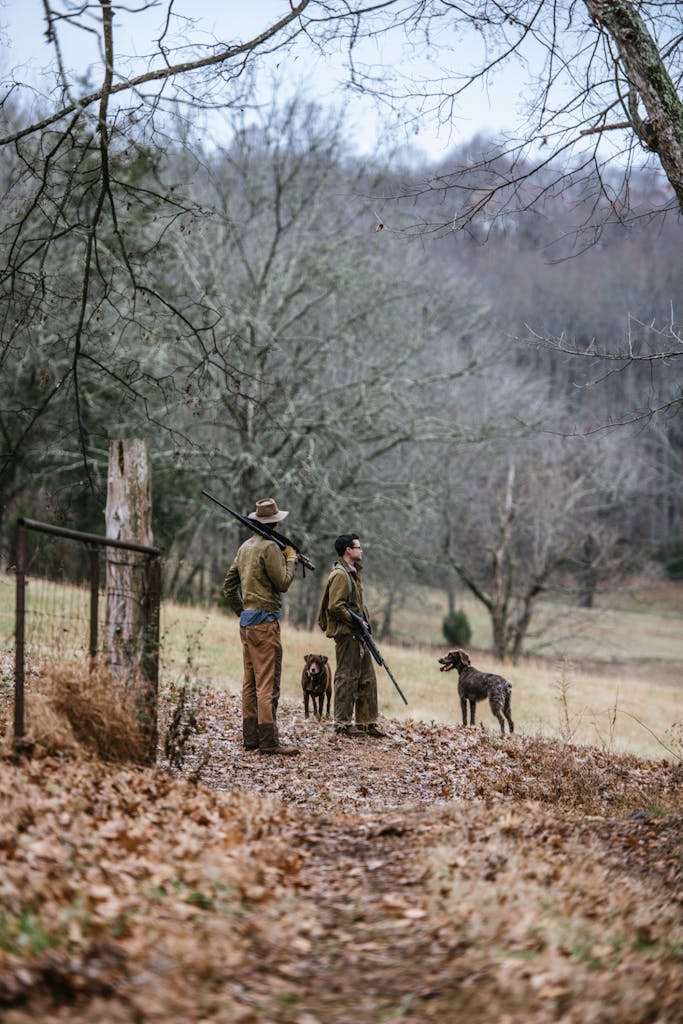 What was your first camera?
The first camera that I used was one handed to me by my Mom when I was around 5. A small Kodak. For fun. I wish I remembered the model. I think it’s still floating around their house, stuffed into a dark closet corner somewhere. Waiting.
It was a thin black rectangular affair and great to hold as a kid because it had moving parts. One section of the body would unfold down into a 90 degree handle. It made a great shutter sound. There were more than a few after that. My first camera that was new to me that I bought was a Nikon N70/N80. The timeline is a little blurry but I think I was 16 or 17. It felt like the future and it was so fresh and shiny out of its box. I thought it was perfect for about a year, then I ran back to fully manual chunks of brass and metal, though I still have that Nikon on a shelf. 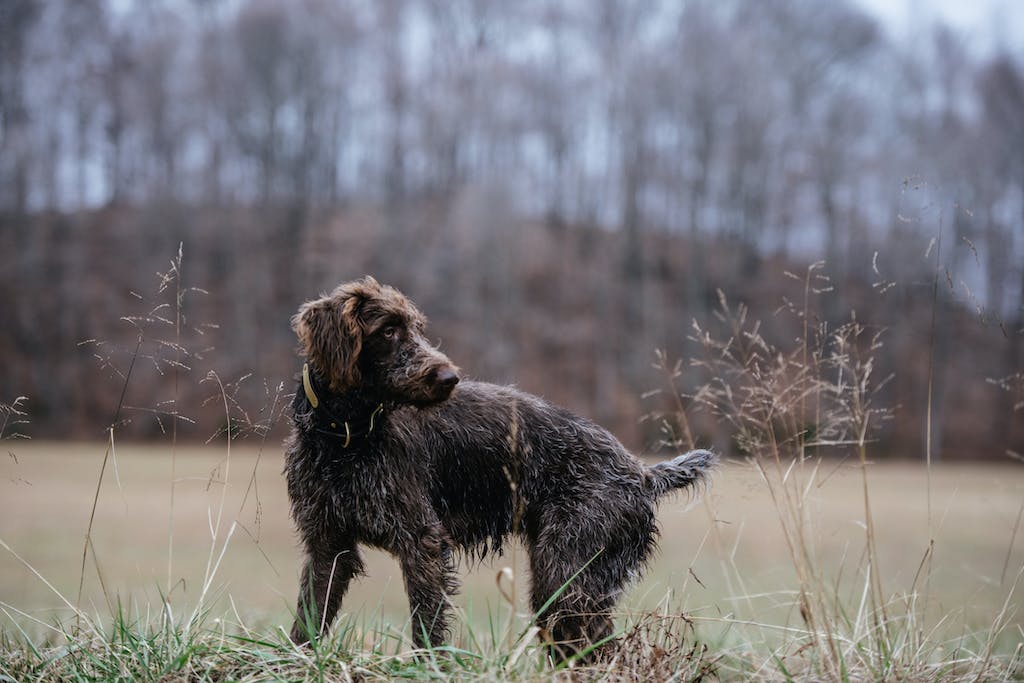 What are your 5 must have items for travel?
Cameras, film, water and food aside, my five must-haves would be:

Sunglasses: For all of the normal reasons one thinks, but also for their usefulness in people watching and photographing. Sunglasses are a multi-purpose item. Just don’t wear them at night, that’s not good for anyone.

Notebook: I don’t keep a journal or anything in a traditional sense, there is no “dear diary, today this happened” kind of thing taking place, but I try to write everything down large or small that makes an impression. Even if a lot of it does end up discarded or just ignored as unnecessary. I can easily forget small details that influence things on a whole but become lost to just a little bit of time or something new happening. This is when you end up describing a place you’ve enjoyed as having that “feeling”, its because you’ve forgotten the small details that made it feel that way. I like those details. Small drops that help fill up the well.

iPhone: Almost obligatory at this point. I can run my whole online world from one if I have to. That still amazes me sometimes. 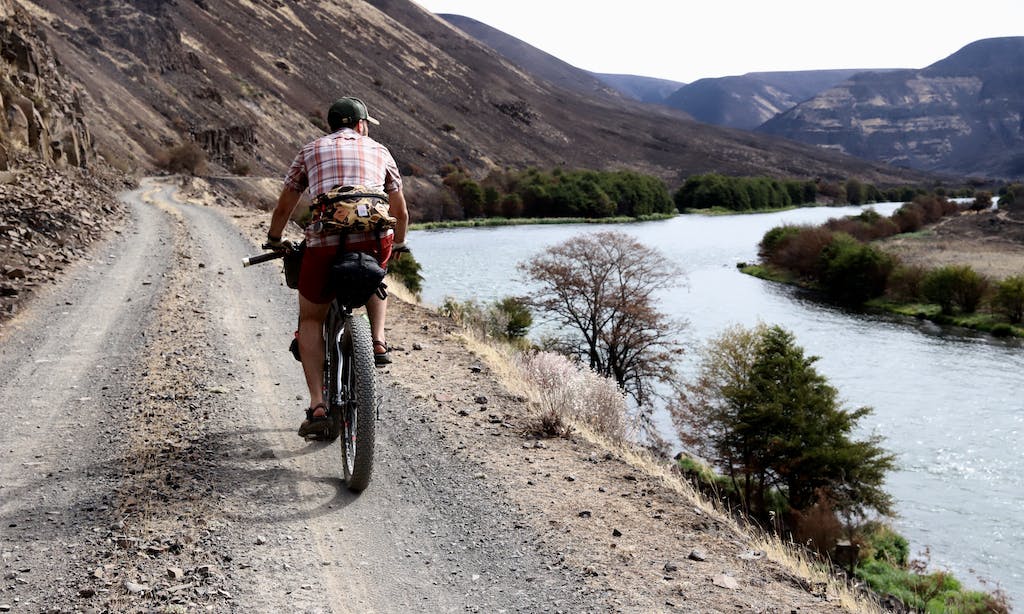 When or where are you the happiest?
Man these questions are nice and light on the surface and get heavier by the second when I begin to think about an answer…

Put simply it’s usually when I’m doing something I love. I find when I’ve put myself into a position or scenario where I’m purely reactionary it really hits. Everyone has their own interpretation of it and calls it something different, “in the zone” or “in the moment.” There’s no way to quickly describe it without sounding cornball about it. Whatever you call it, nothing else, not even what you call it, matters. You’re working off pure instinct, dialed in and focused. Alive. What matters is what’s in front of you. That and simple things like being on the road and away from condensed areas is a surefire way to put a smile on my face. Cities are full of the wrong kinds of shadows for me. Staring down a two lane that cuts through nothing, a lot of happiness lies there. I’ve had some bumps the last few years and have been in one place longer than ever before and it’s been weighing heavily on me, it’s very easy to get comfortable, very easy but can have very rough consequences. I’ll soon be living on the road instead of just returning to it. 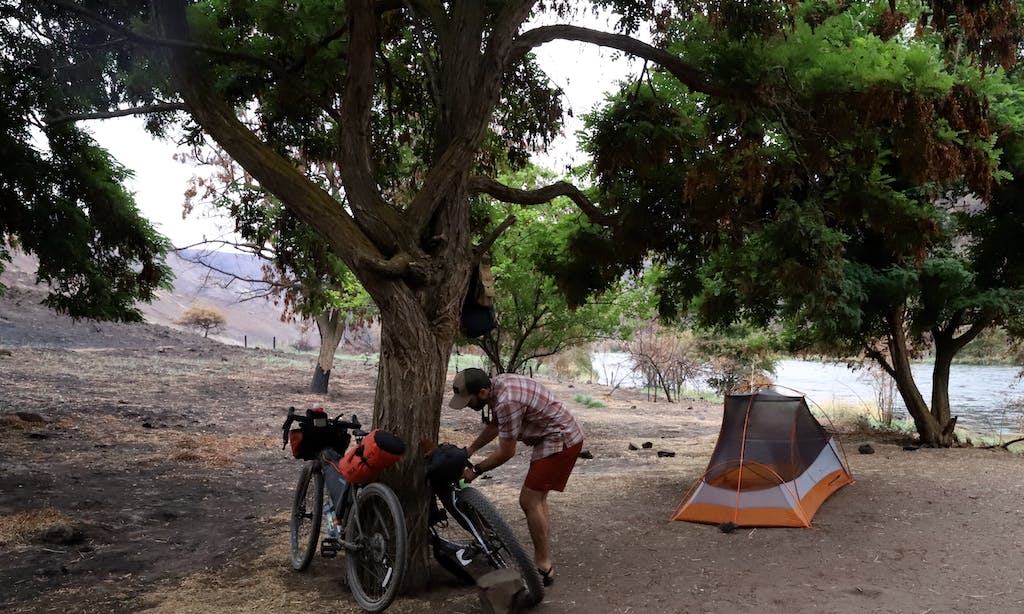 What’s the most beautiful place in the world that you’ve visited?
Honestly, just driving around the US. I’ve traveled to a few very beautiful, very picturesque places –postcards really– but there are places here that have had more of an impact on me as a person than anywhere else. That’s beauty. Though no matter how much I’ve seen, I know I’ve just scratched the surface. There are plenty of places out there tucked into folds that are just lying in wait. 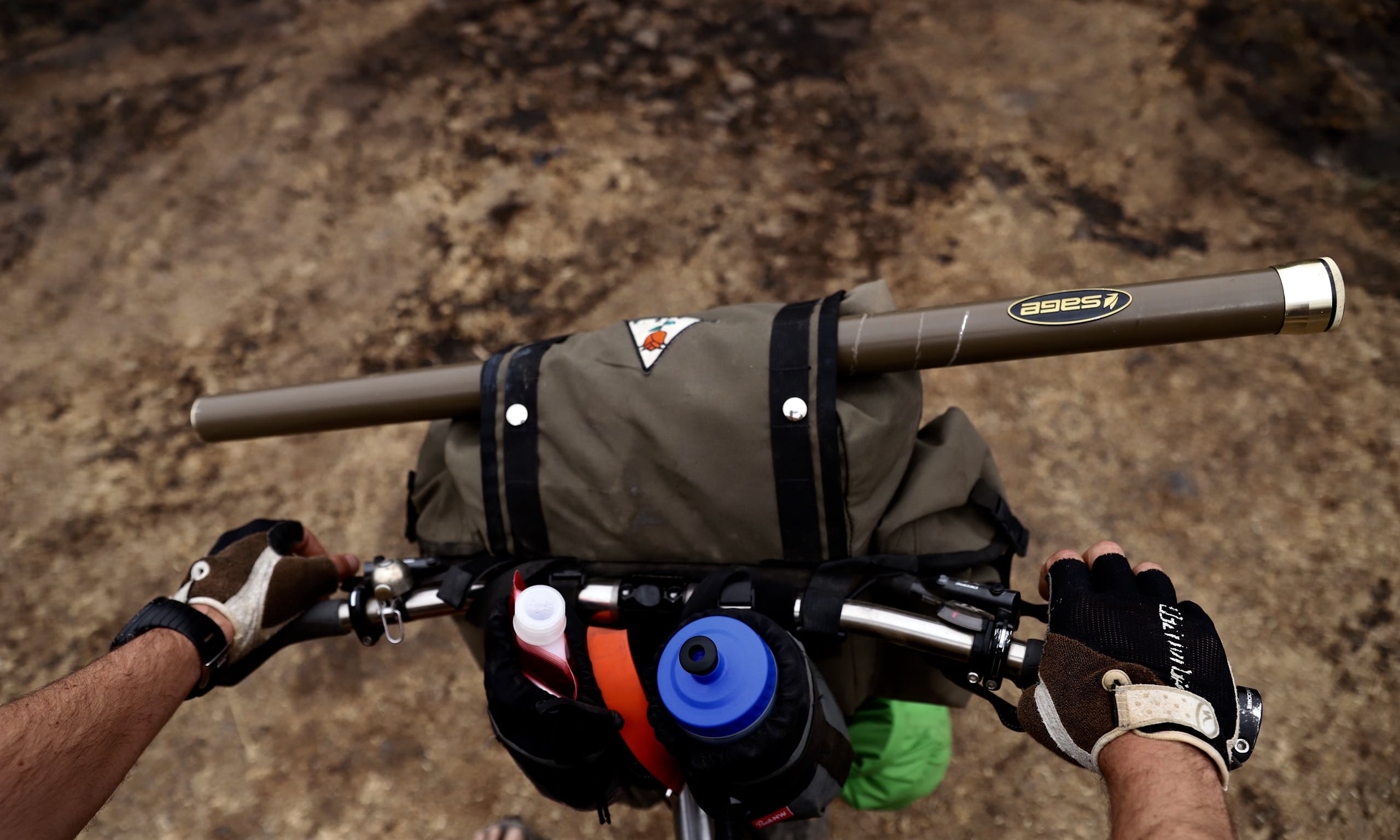 Where would you love to travel and shoot photos?
I’m going to be a broken record and say the same as above.

Will Rogers said “There ought to be a law against anybody going to Europe until they had seen the things we have in this country.” Of course, I don’t think there should literally be a law against it, but I think people tend to quickly overlook our own backyard in favor of someone else’s.

I feel lucky to have seen what I have, driving across this country on my own since I was 16, but there’s still so much I haven’t; its a long list that continues to grow. Right now if someone were to help sponsor a trip, I’d just pull a map out and ask them to point to a place, or to just turn me loose in my van and let me wander. Either way, Id bring back photographs and a story or two. And a gas bill. 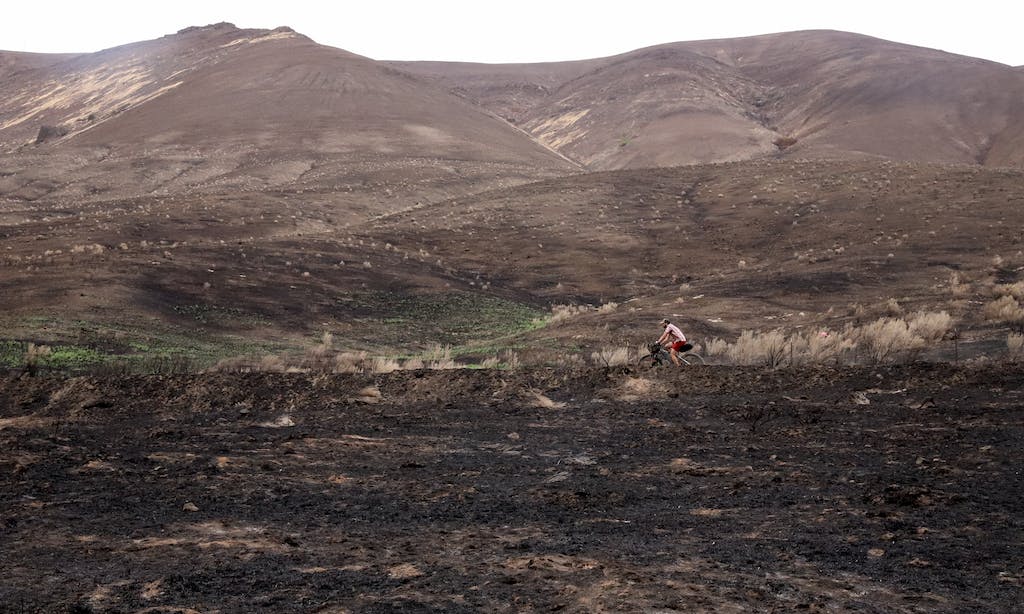 What was the first photo you took?
I’m fortunate enough to still have that photo. (below) I was 5, on the Cape May – Lewes Ferry crossing in Delaware with my Mom. The seagulls trailing us must have really caught my attention. 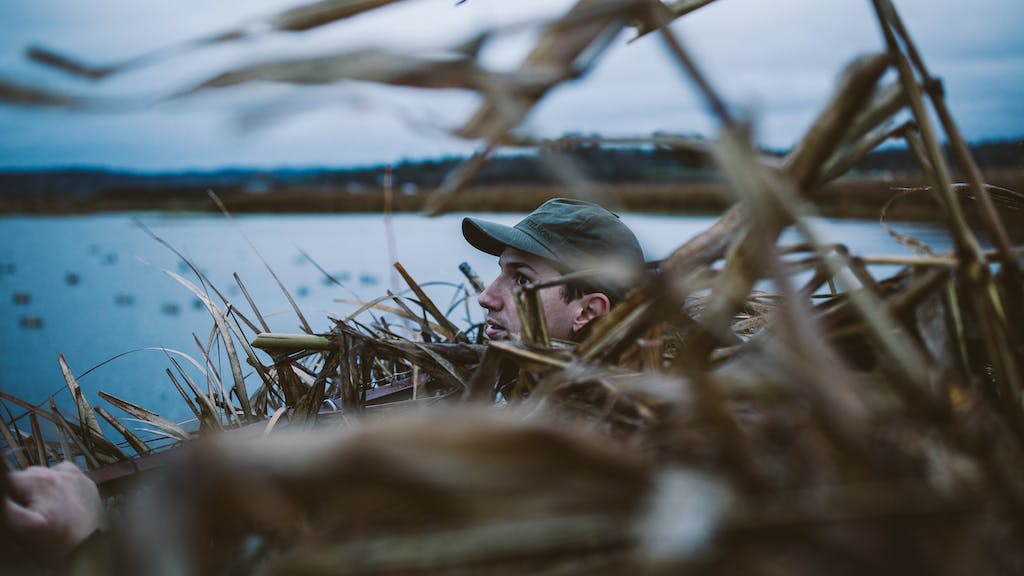 What were the greatest lengths you’ve taken to get a photo?
Physically the most danger I seem to put myself in while making photos is in hurricanes. There’s a lot of unpredictability there. No matter how much you plan and check winds, tides, and surge predictions. I always seem to do something that maybe I shouldn’t have to bring a photo out of it. Mentally, shooting my Grandpas funeral was an odd and tough experience. A story that I wanted for myself but a challenging one.

What’s on the horizon?
I’ve really only recently started to push my work out into the world more. I would always shoot for myself, hoard it away neatly labeled, and just move on to my next project. Telling myself stories. In the last year I’ve talked to friends and people I respect and decided to really make a push and see where it takes me, so I’m trying to do that. I recently launched a website to have a place to tell those stories along with the photographs and I’m excited to dive more into that aspect of things. There are some projects I’m wrapping up that hopefully I can do some small book runs of and some zines, possibly prints. I’m finishing up my van build and will be living in that hopefully starting this Winter, so I’ll be out on the road. I’d love to work with new people if they’re interested. More adventure, more stories.

And my Filson gear will always be along for the ride. There are very few brands that I can stand behind and put my foot down. Filson has built itself into that that kind of company and should be proud. There’s a lot of junk out there that parades itself as quality simply because its made in the USA. This has become especially true in recent years. Time is a test not easily passed, and I’d say that 116 years is a pretty damn good passing score. Bonus points for the having the guts to reinvent yourself and put new twists on the classics. 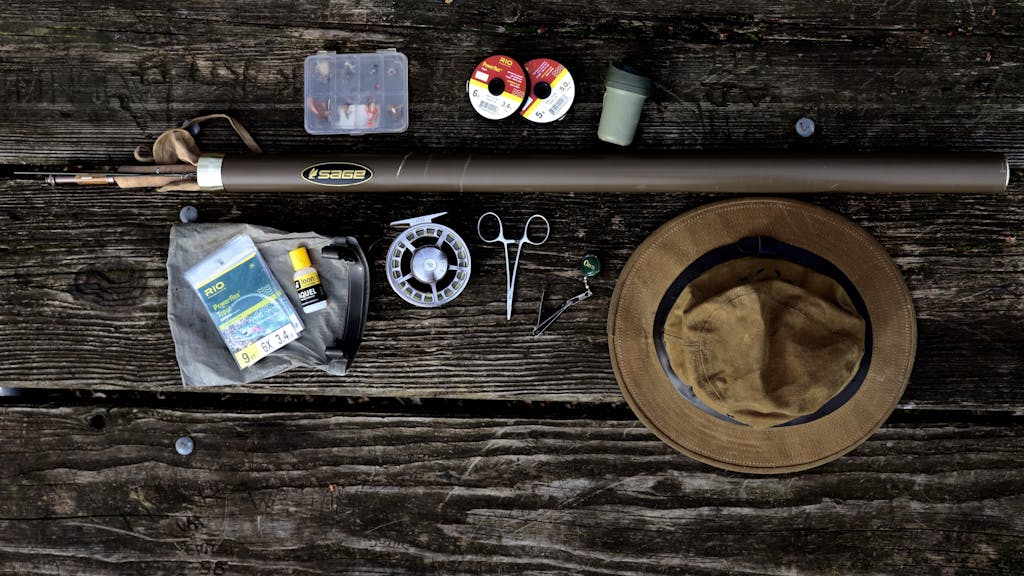 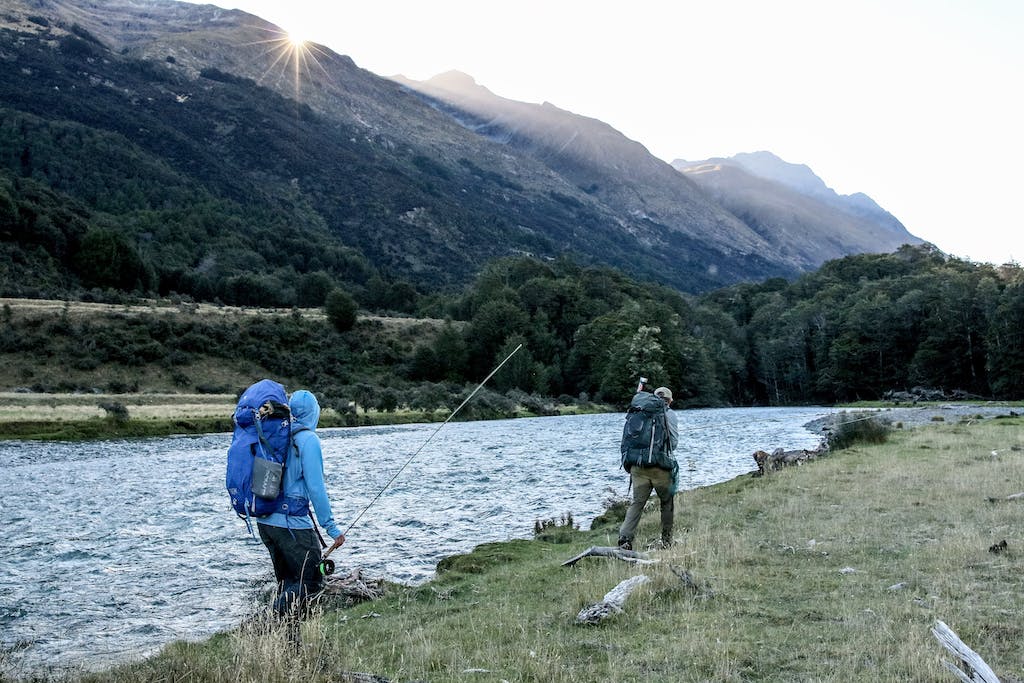 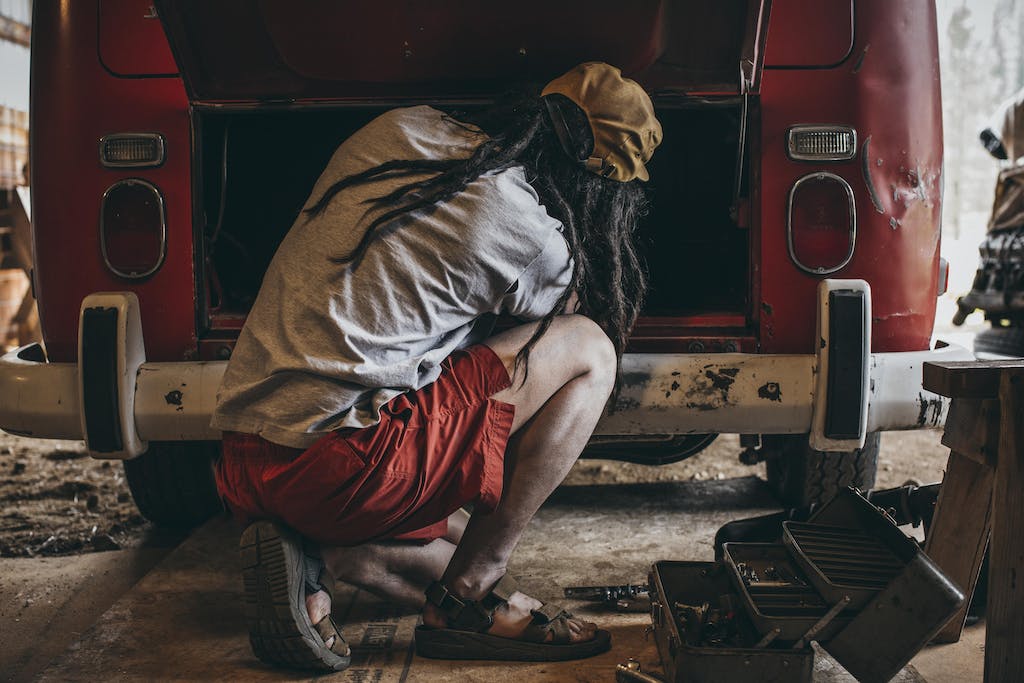 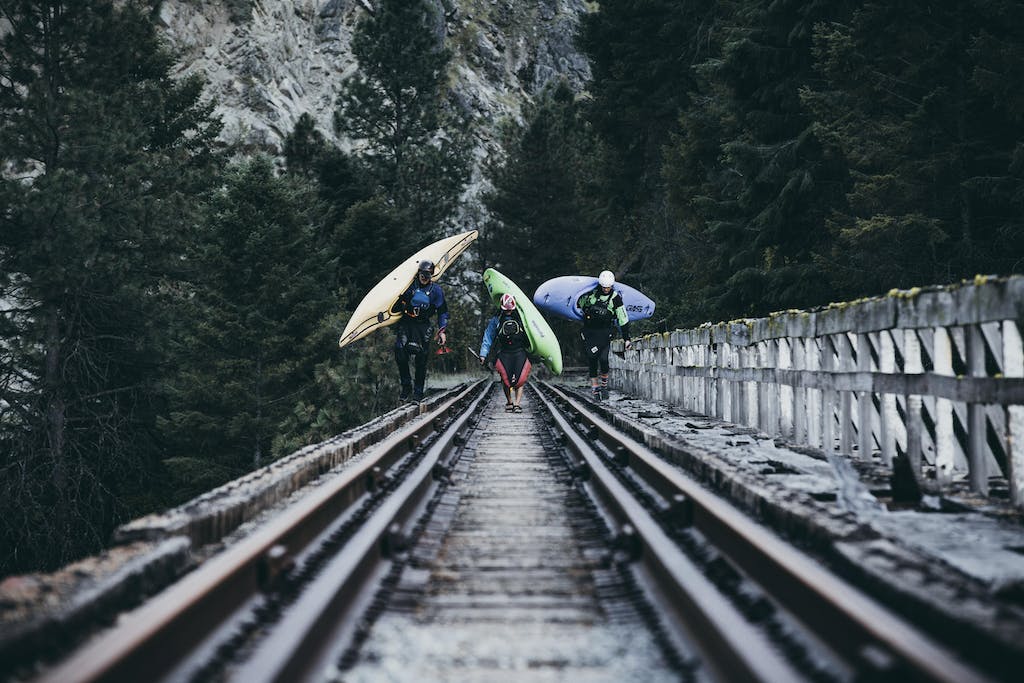 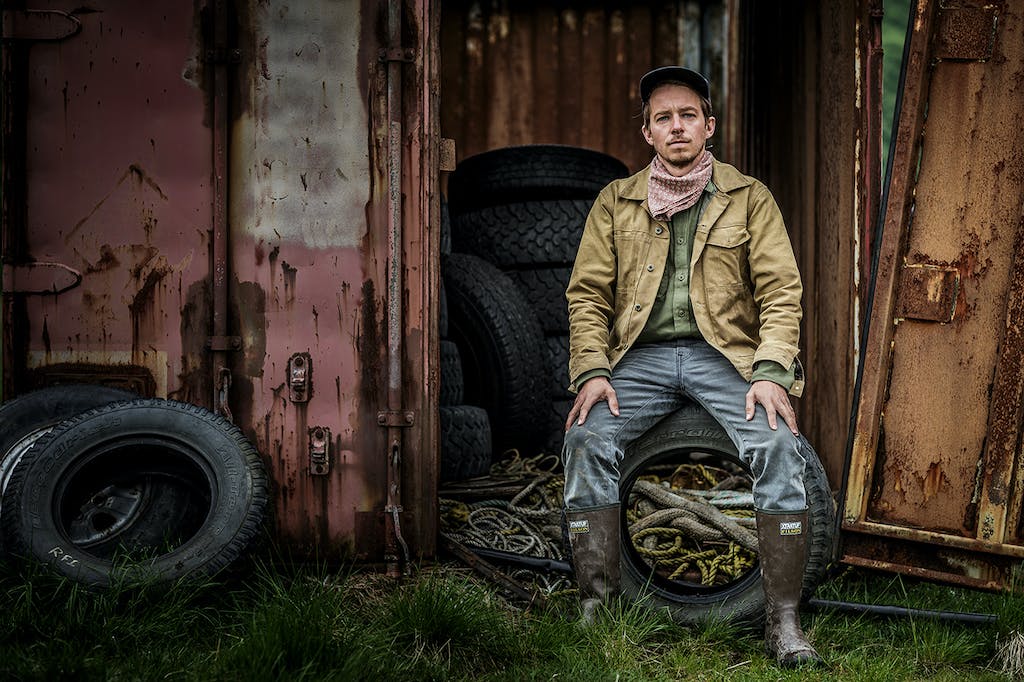 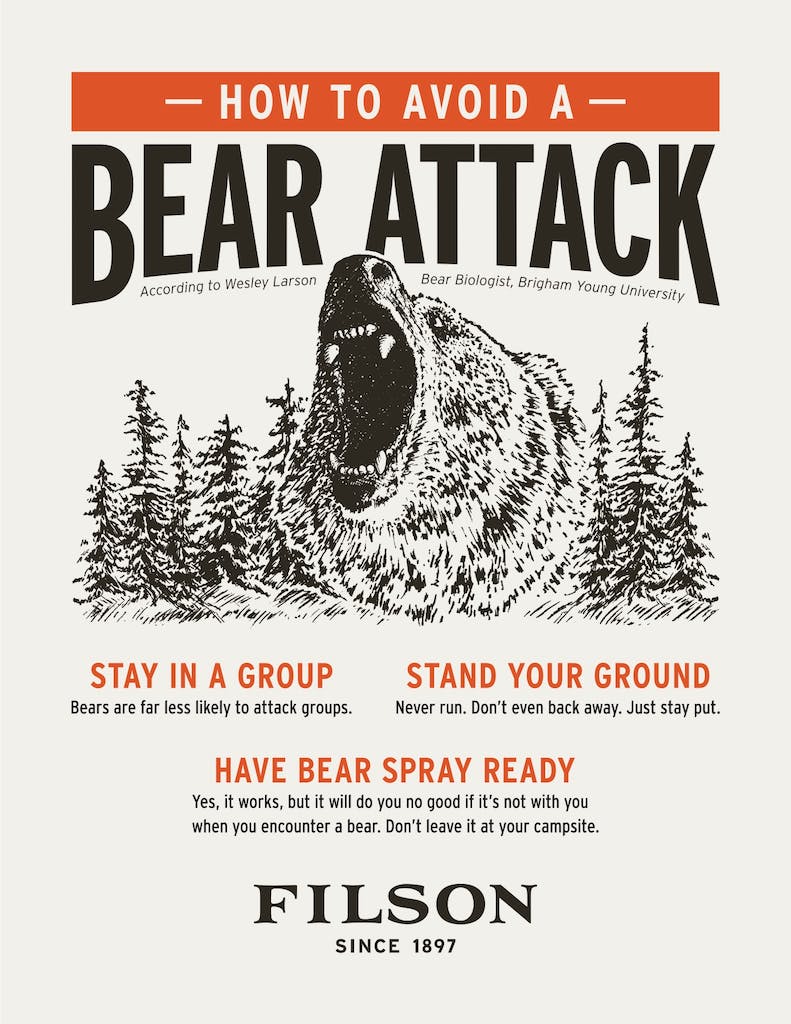 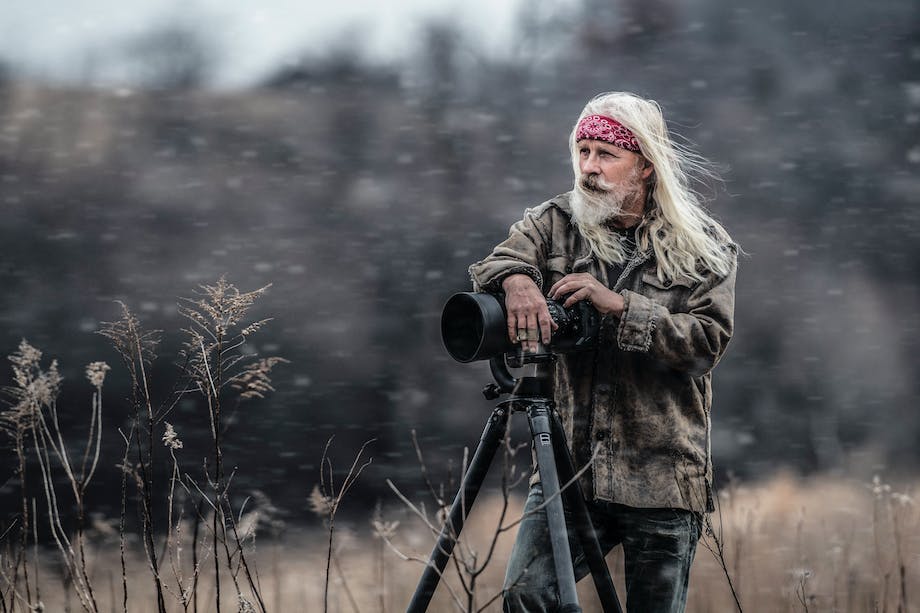 Depth in the Field: Photographer Lee Kjos Invites Filson In

Q&A with Lee Kjos: outdoor photographer & ducks unlimited ambassador.
Lee’s photographs drip with a distinctive style. Born and raised in minnesota, kjos has spent a majority of his life in the outdoors, and his appreciation of the perfect day in the field is palpable. Ever since his first photograph—which he remembers vividly—lee has aimed to capture the best possible image of his subject; it’s been a tireless pursuit that has certainly paid off.