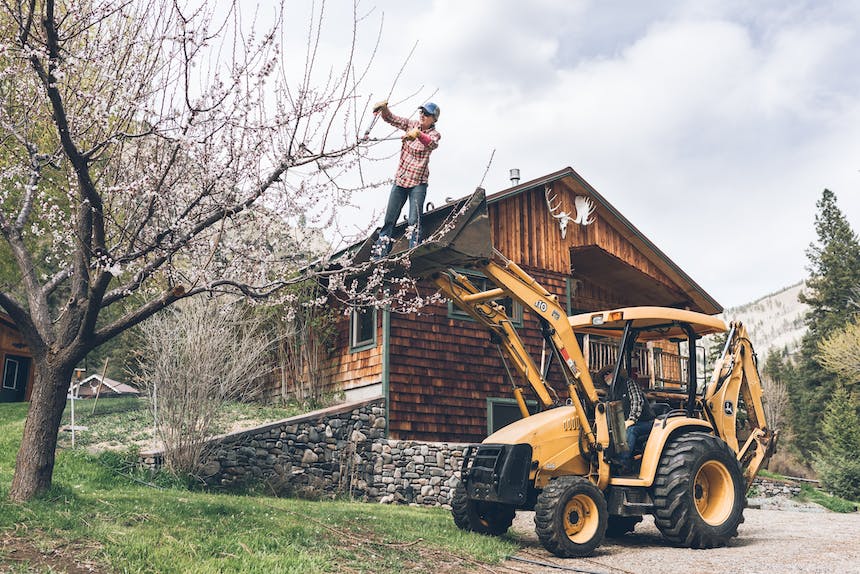 Terry Myers is perhaps one of the more adventurous women we’ve ever met, seen here trimming the spring shoots on her favorite apricot tree from the bucket of a front end loader. We went to her home, a pristine mountain ranch in the Idaho hills to hear the story of her favorite Mother’s Day.

Once in a while a forest fire can leave a consolation prize behind in the form of a secretive and tasty fungus called a morel mushroom. A few years ago, nearly out my back door, conditions were ideal for a wilderness adventure in search of the mother lode of these smokey little gems. My plan was to head into central Idaho’s Salmon River backcountry following one of the biggest fire seasons in Idaho history. Spring run-off was just underway but the rivers had not yet reached the wicked flows that make a one boat trip through the 80-mile canyon a hair-brained idea. I wanted to spend two weeks tromping and crawling through blackened and ashy forest duff with one goal in mind – morels.

I wondered who would share this hunt with the same enthusiasm. The forecast was promising a chilly and rain-laden couple of weeks which was good for mushrooms but bad for campers. Nightly accommodations would include a tent, sleeping bags and camp grub. And it would be dirty, very dirty. My cohort would definitely need to be of hearty constitution. Then it occurred to me, my daughter! The timing was perfect as she had just finished her last semester in grad school and was contemplating life’s next big step. What daughter wouldn’t want to spend ten days with her nose in the dirt, isolated in the wilderness with her mom? 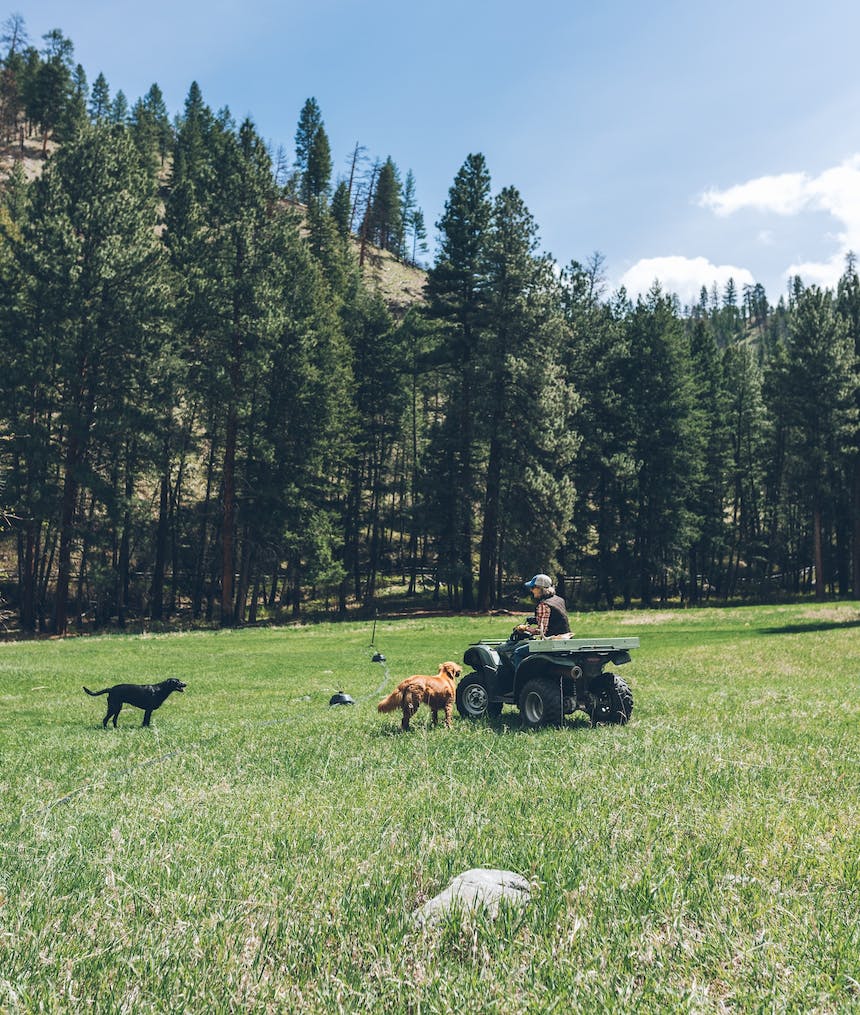 Daily chores include checking irrigation lines on their pastures with dogs Dee and Cinder.

Our family has always loved rafting, camping, foraging and exploring together. At an early age our kids learned that, if persistent, the natural world could reveal a treasure for the taking. Our outings often included a dinner harvest of grouse, huckleberries, mushrooms and trout. I would say our entire family is a bit touched by the compulsion to seek. We are students of the things that Mother Nature shares with those who can lose themselves in the search. Things like wild steelhead on a fly, a matched set of shed antlers high on a ridge, or a morel patch. The harder it is to find the better. 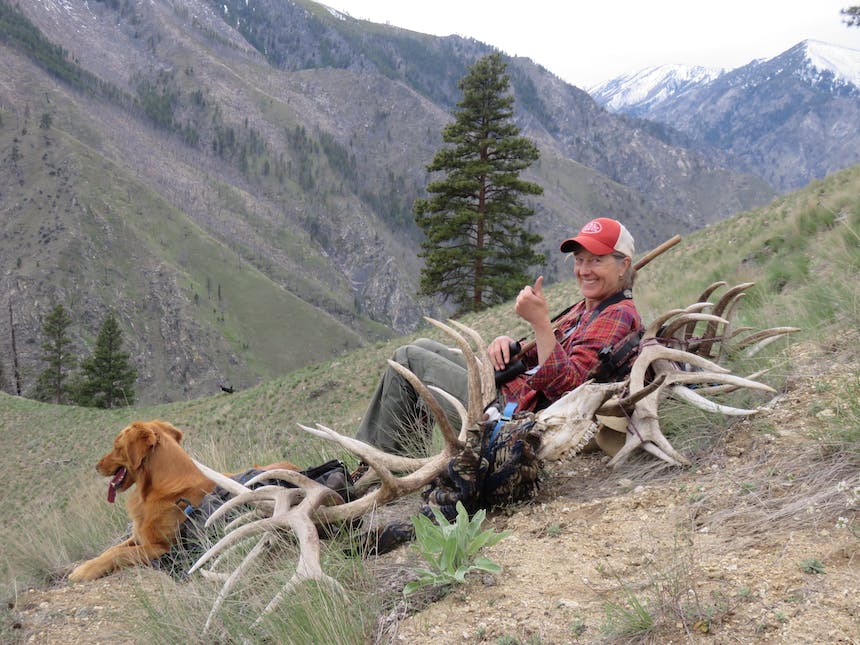 Terry with a heavy load of spring sheds.

Hunting for things in big, wild places has taught us patience and humility. I cherish my stealth little family whose motivation is not driven by selfies or insta-posts. They are content in the moment, driven more by the adventure than by bragging rights. Friends will ask what we do with our loot and the answer is generally just save them, eat them or give them away. Really, there is no big intention here, for the quest itself is the reward.

True seekers get it and they are the handful of people that you can wander raw, unspoiled landscapes with. You know you have each other’s back and you become synchronized in timing and purpose. A cow elk has an earthy call to notify her calf. It’s something between a bark and chirp. My family has our own whistled cues that blend into the landscape. They convey things like “quick come here!” or “all is well, see you on the next ridge”. It’s our own mountain code that is as natural to us as speech. 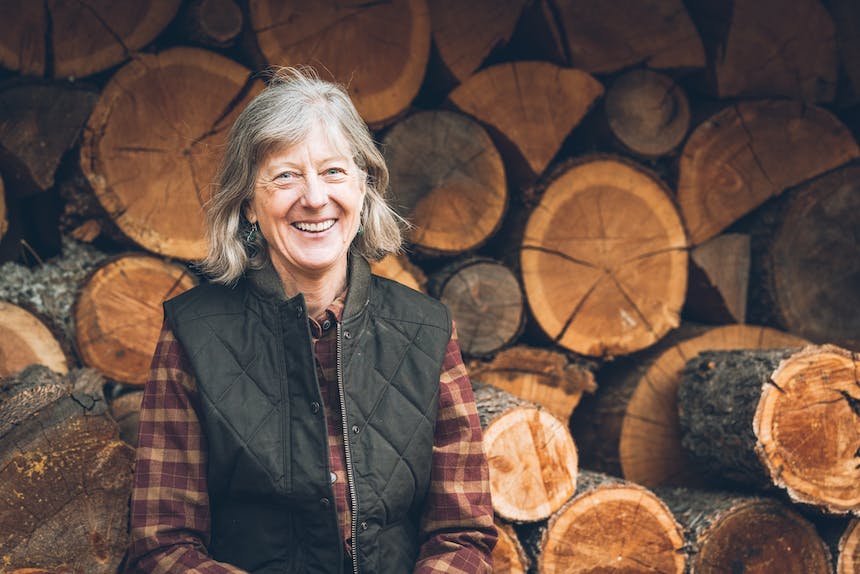 My daughter and I ended up spending ten days together alone in the largest wilderness area in the lower 48. Our raft seemed puny for the mounting spring run-off as we took on 40 degree river water. We scrambled up loose canyon walls to explore high benches and crawled down into the so-called “hell holes.” We clambered over charred trees and deadfall. We were cold, wet and dirty from earth and ash. At the end of a long day of hiking we would set camp, sip a toddy, philosophize, eat, and then sleep like contented babies.

For the first eight days of that trip we never saw another soul as we challenged and encouraged each other. We bantered and laughed at the other’s haggard and disheveled faces. We were living happily in an uncomfortable wild place. Like most of the gold seekers centuries ago, we never actually found the mother lode. But our mushroom fueled adventure gave us far more than we realized at the time. During that trip, on Mother’s Day, my daughter presented me with a lime green, enameled coffee pot. Years later the pot is black with fire char, the handle has melted and it’s pocked with dents. But the coffee it steeps is no less hardy or welcome. I still use it regularly and cherish the memories of that fine spring trip and the many other campfires that have warmed it since. 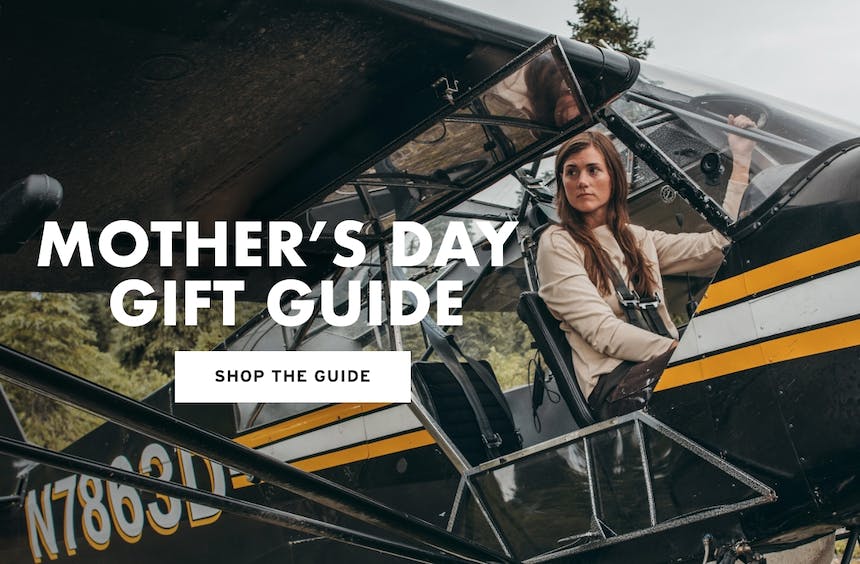 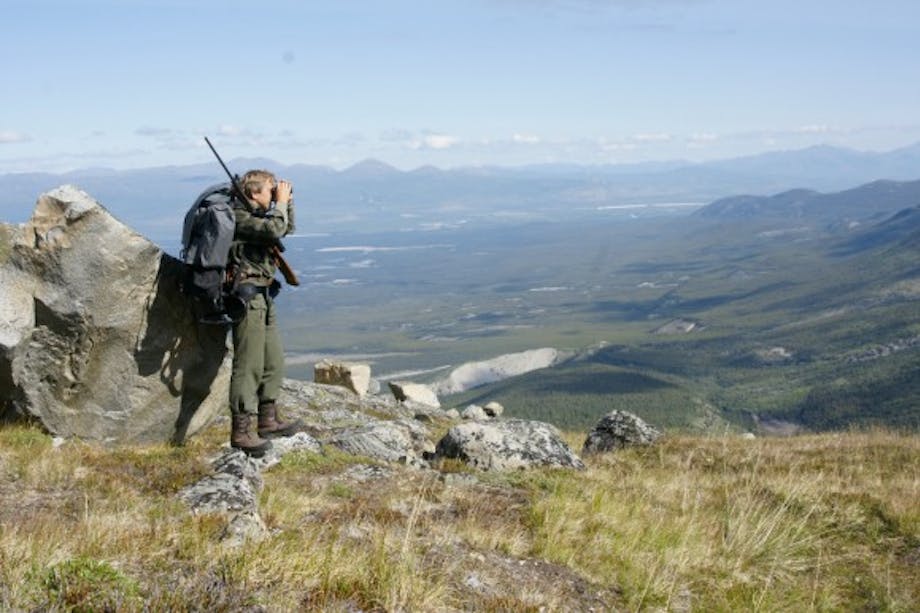 Terry Wieland serves as the Shooting Editor of Gray’s Sporting Journal and over the years has taken his expertise everywhere from the Alaskan Rockies to the mountainous rainforest of Admiralty Island. Regardless of where Terry finds himself, he realizes that in order to survive a backpacking trip you must have a few essential items. And 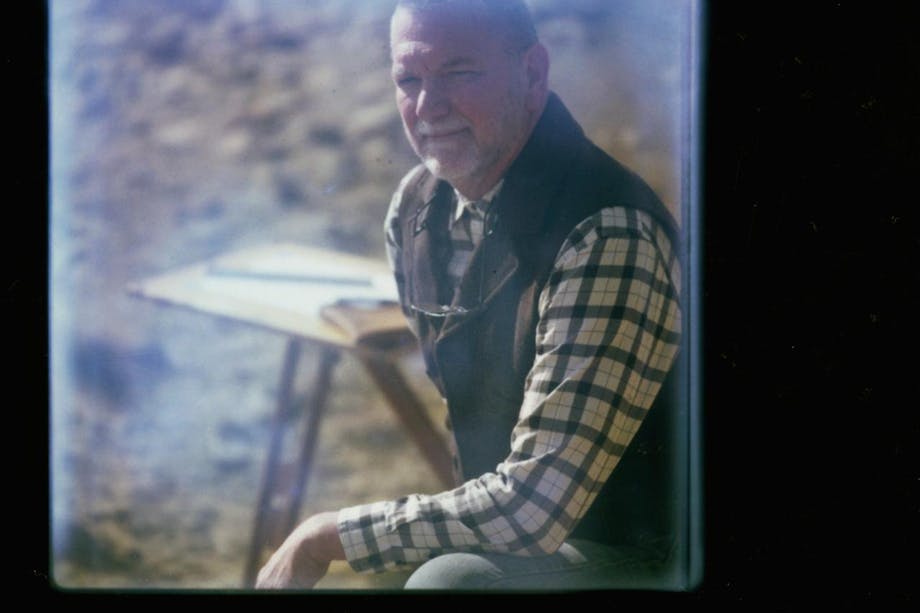 Eric Blinman has been an archaeologist for nearly 50 years. He has worked throughout the western United States but has focused on the greater Southwest since 1979. Working for the Museum of New Mexico’s contract archaeology program since 1988, he is the current director of the office, overseeing salvage archaeology projects that deal with all