This spring I made the drive from New York City to the beach town of Montauk. The 120-mile drive took three hours and spanned the entire length of Long Island—long island indeed. As I drove due east, I saw shop and restaurant proprietors cleaning windows, painting facades, and readying themselves for the crush of summer tourists and beachgoers who in a few short weeks would swell the population of these small towns by a factor of ten.

I’d only once before been to Montauk, a small hamlet on the very easterly tip of the peninsula, often called “the End of the World.” I was familiar with the buzz about the place. It’s known for its beaches and strong Atlantic surf—a fishing community that was first infiltrated by New York City artists like Andy Warhol in the ’70s. In time, it became a popular summer escape from the city as the Hamptons became crowded and impossibly expensive. For three-quarters of the year Montauk is as small as 3,300 people, but from June to September the place explodes with life, the population skyrocketing to a number that, as far as I can tell, no one really knows.

Having lived in resort towns before, I was interested to see what effect this bipolar feast-and-famine existence had on the morale and mentality of Montaukians. As I pulled up to the Montauk Brewing Company, I was half-expecting an attitude of protectiveness, the “locals only” mindset that California surf communities are infamous for. Instead, Vaughan Cutillo and Eric Moss, founder and founder/brewmaster respectively, expressed loyalty to the local community, but also a generosity and appreciation for the relative outsiders who summer in the small town and inject life into Montauk’s economy.

Both Vaughan and Eric grew up in the greater Montauk area. (Eric’s ancestors came to the area as early as the mid-1600s.) “Out here, whether or not you went to grammar school together, you pretty much know everyone,” says Erin Burns, MBC’s taproom manager and events coordinator. “You play sports together, go to the beach together.” Vaughan and Eric became good friends in high school, but went different ways after graduation. Vaughan attended Villanova and then worked at Mammoth Mountain in California. Eric went to the University of Colorado Boulder where, amongst other things, he gained an appreciation for craft beer.

After a half-decade away from home, both independently decided that Montauk was where they’d like to be. “This place is magnetic. It’s a pretty unique experience growing up here. It’s rare to meet people who want to go back to their hometowns, but our entire team wanted to come back,” says Vaughan. Within the first few minutes of hanging with Vaughan and Eric, it’s clear that Vaughan is the talker, the brand man who has the vision to build and expand the business, while Eric is the scientist, the craftsman. The way in which the two are so different, but complement each other so well, has surely contributed to the company’s rapid growth.

“Eric gets the science,” explains Vaughan. “He’s a craftsman at heart.” To illustrate this, he tells me that once Eric called him and casually suggested that he come check out his latest project. Vaughan and friends knew that Eric had been working on a boat in his grandfather’s barn, but when they went to see this “little project,” they found a beautiful 18-foot sailboat, built entirely from scratch.

When Vaughan moved back to town in 2010, the two built a home brewing system from an igloo cooler (which they still have) and started brewing. Initially, making beer was just something that brought their friends together. “We wanted to get everyone in one place. It’s a very tight-knit community, and we just wanted to throw a good party and put the beer on,” says Vaughan. It wasn’t long before the guys started to feel that they were onto something bigger. “It makes me laugh because most of our friends just wanted to come for the alcohol. The beer was good, not great, but it was free. It was more the vibe of our friends—they were really into what we were doing, and I’d sit back and see what people responded well to,” says Vaughn. At some point early on, Vaughan slapped a sticker on the kegerator that read “Montauk Brewing Company.” The enterprise was born.

Without much money or any business experience, Vaughan and Eric suddenly saw craft beer as their ticket to living well in Montauk. They officially launched in 2012 and started MBC through contract brewing—sending recipes to an existing brewery that produced the beer and then shipped it to Montauk. “We didn’t have the brewery at first. That was the big-ticket item, so we just opened the tasting room in town,” says Eric. “We couldn’t spend three years waiting for permits. We didn’t want to miss our opportunity. Contract brewing provided product and allowed us to build a story and get a following. That’s helped us to fund everything we have today,” adds Vaughan.

It wasn’t until July 2015 that MBC was permitted to build a brewery, an extremely labor-intensive process headed by Eric. Steel and concrete floors were required to hold the weight of the tanks, as was a sophisticated drainage and septic system to process the waste water. “We knew we didn’t want to just be contract brewers. Our sales had already outgrown the size of our facility when we built it, but the taproom would be a good place to test recipes and receive feedback,” says Eric.

As a brewmaster, Eric has evolved from focusing mainly on experimentation—the home-brew days—to consistency. “You get a recipe dialed in and you need to keep it exactly the same. People expect that.” That consistency is helped in no small way by the meticulousness of Eric’s right-hand man, Riley Sullivan. From cleaning draft lines to making sure the team stacks keg shells just so, Riley polices the brewery and makes sure that no bacteria spoil a batch. As for deciding what kind of beers to brew, Eric tries to keep it simple, mostly: “I always want to make a beer that appeals to the majority of people.” He says they have core beers that are nothing crazy, but occasionally he’ll do a small batch of something that’s a little out-there, “but nothing too ridiculous or gimmicky.” A piña colada-flavored beer is rumored to be in the works for the company’s sixth anniversary. Eric feels this falls within his parameters because “Who doesn’t like a piña colada?”

Now every Montauk beer starts at their facility. There are many iterations of each brew before reaching the canning stage: changing the hops, the grain, the alcohol content. According to Vaughan, this feedback is the reason for their success: “It’s because we continued to focus locally. If we weren’t doing right by the community, I don’t think we’d sell beer in New York City. Why would people in Brooklyn care about MBC if the people of Montauk didn’t care about us? So while we grow, we don’t open new markets. We want to do the local area right before we start branching out.” Vaughan admits that it feels good when people from Connecticut and New Jersey want the beer, but for now they make sure that they can supply the locals first—and anyone who comes to Montauk in the summer.

Staying local also allows the MBC team to spend time in the brewery and continue building the soul of the brand. It’s become tradition for Vaughan to personally keep the taproom open on Thanksgiving and Christmas. “I live just a few minutes away, so I can come down and pull taps.” To these guys it’s all about honoring those who love the beer. It’s been a great business venture, but it’s more about creating community, creating family. “At the end of the day, beer is all celebration.”

Vaughan estimates that probably 75 bars in town carry their beer. Summer is a magnifying glass on the town, but once Labor Day has passed—locals call it Tumbleweed Tuesday—everyone packs up and leaves, returning Montauk to a laid-back fishing and surfing village. “You can walk through town and you know everybody. That’s the beauty of it. But in the summer it’s cool to see the people that come back here every year. And they drink Montauk and they can feel it—summertime!”

Looking back over the past six years, Vaughan says that the beer has definitely gotten better. He says that while they’ve grown to thirteen full-time local employees, they remain as grass-roots as possible. The brand embodies the “no-frills good life” of the town of Montauk, and he cites community support as the biggest reason for their success.

Vaughan encourages anyone who loves the beer to come to Montauk and visit the brewery. And Eric, for his part, pledges to continue to make beer that you “want to drink an entire pint of” and then “maybe—hopefully—another one!”

And there you have it—another reason to go to Montauk. 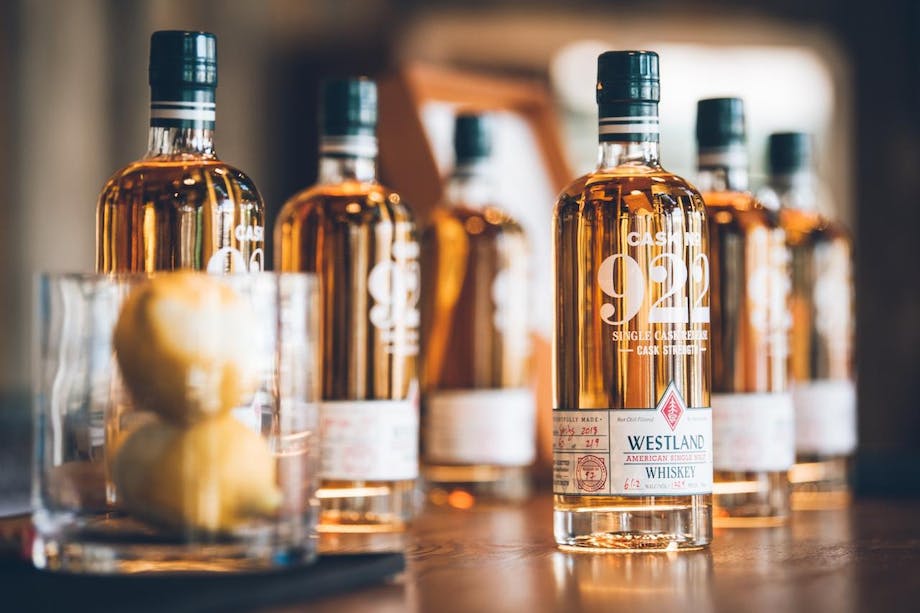 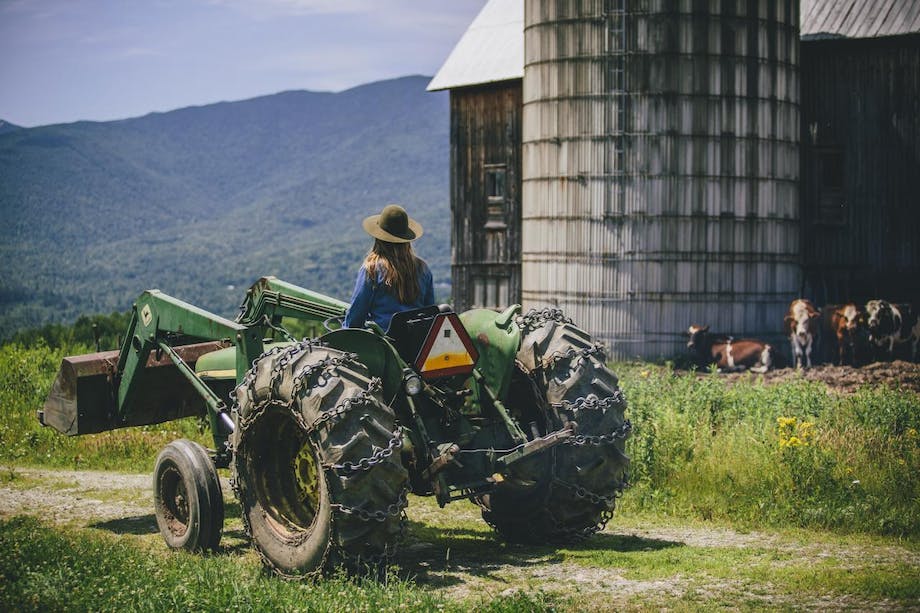 An average summer day at Ploughgate Creamery goes something like this: You’re up at quarter to six to start the churn. An hour later you’ve got golden butter and buttermilk (the latter you feed to the pigs). Next, you divide the butter into three thirty pound batches. The slow churn is what takes some time, 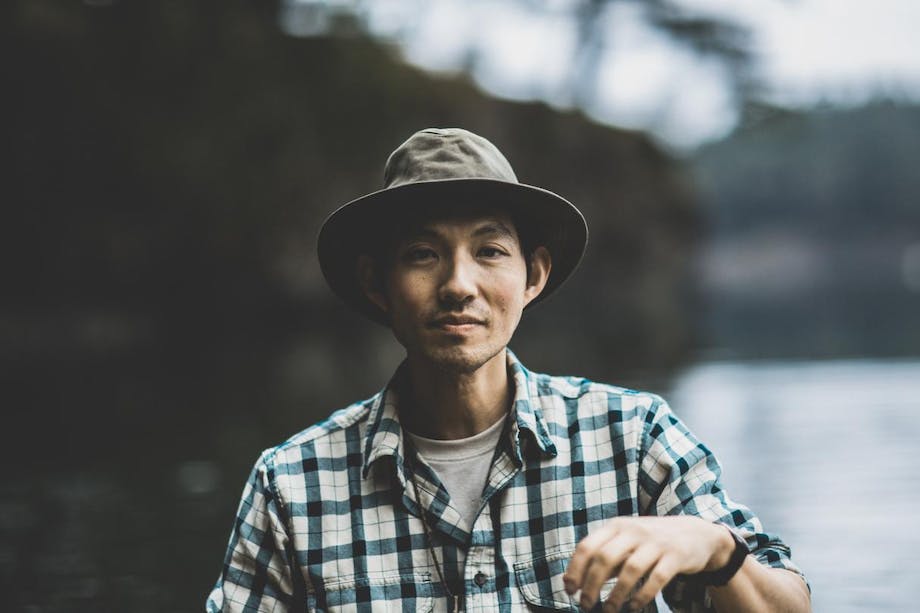 Secret of the Sandhills: The Niobrara National Scenic River