Some of Mike Blais’ earliest memories are from the inside of his grandfather’s foundry in Maine. He spent his youth shadowing the older man, learning to mix sand and clay, ram patterns, heat metal, and pour it, creating something from nothing in a series of precise steps. He cast his first piece on his own, under his grandfather’s watchful eye, before he reached the age of ten: a grate for a small coal stove.

He hasn’t been able to escape the fascination with foundry since.

Blais is one of the last of a disappearing fraternity of craftsmen. These days, most metalwork is done in industrial foundries with machines on a mass-production scale. Blais still operates out of a shop he built himself, creating everything by hand, including custom pieces out of ornate patterns. His trade has been passed down by the three generations before him casting metal out of Maine. It’s work that’s hard on the body, and demanding of the mind. He’ll never give it up.

Blais’ great-grandfather worked in the Androscoggin Foundry in southern Maine as an operator of a cupola furnace, a cylindrical device used to heat metal that Blais calls “old-school, but efficient.” When Blais’s grandfather met his grandmother, the then-young man knew nothing about foundry. But his new father-in-law secured him a job at the Androscoggin, and thus a family legacy was born. Blais’s grandfather showed such talent in castings that he was made foreman before he was 30 years old, and he eventually took the opportunity to buy the foundry himself when it was offered to him.

Blais spent many of his young years with his grandparents. “My father would leave and come back, leave and come back,” he says. “He moved to Montana, to Arizona.” Blais would go with him, but the young boy finally moved back to Maine, his favorite place, for good, to live with his grandfather. Blais became his grandfather’s shadow in the foundry he ran and remained there until 1976, when the Maine Clean Air Act required expensive upgrades in coal-burning cupola furnaces. Then in his mid-60s, and with his son—Blais’s father—showing only on-and-off interest in the trade, the old man forewent the investment and shut the doors of his foundry, thinking perhaps the passion had skipped a generation.

But Blais’s father ultimately couldn’t resist foundry. He settled back in Maine when Blais was in high school, and the three generations together built a new shop. Blais’s grandfather worked there until he was 75. When the old man died, his father closed the shop doors within two years. Blais was 29. He knew it was his turn.

Blais built the Auburn Stove Foundry Company in New Gloucester, Maine, soon after, and he’s worked out of it for nearly two and a half decades. He’ll be 55 in November, and he’s nowhere near ready to slow down, although he admits that the hard work takes its toll—one of the reasons he points to for why the art is dying.

“It really is an art,” he emphasizes. “There aren’t a lot of people like me left. The custom aspect is becoming lost. It’s hard physical work, and it’s not a job that can be done by someone who isn’t strong intellectually as well.” He pauses, then laughs ruefully. “People who have a lot of brains tend to find a way to make more money more easily.”

Blais’s off-time pursuits don’t exactly allow his body to recover, either. He favors backpacking, trail work, and hikes that take him deep into the backcountry. He loves digging in the dirt in his garden, which is also a passion passed down from his grandfather, who used to keep massive gardens and taught his grandson the tricks to raising plants. In fact, before he fell so hard for foundry work, Blais used to want to be a farmer when he grew up. “But foundry is a little more predictable,” he jokes. “It’s certainly not easier, but the shop isn’t susceptible to bugs or early freezes.”

There’s no one after Blais to carry on this deep family legacy. His son passed away a year and a half ago, at the age of 26. Like his father, he was torn between the two loves of foundry and farming, favoring working the earth over casting metal. But he had great pride in carrying on the family trade to the extent that he could while chasing the dream of farming, working part-time with his father in the shop. “He was a very good foundryman with great potential,” says Blais. “Potential the likes of which I have never seen in my 39 years in the business. I say this only to give credit to a man who humbly excelled in every aspect of his life.”

His son’s passing knocked the wind from Blais’s sails. He says that he’s begun to realize that his time on this planet is less and less. He tries to work fewer than his usual 50 hours now, leaning into his connection with the mountains and the garden dirt out his back door to keep his head in a good place. And even with the demanding work, the foundry is his foundation, a lifetimes worth of a precise art that links him to the generations before him, and a legacy left in his creations for as long as the metal survives. 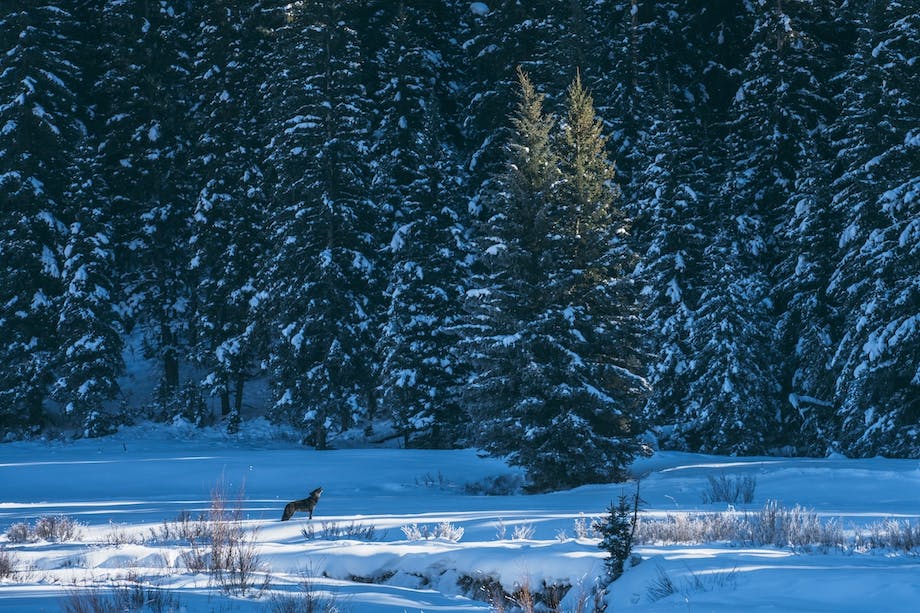 In the Company of Wolves

Look across the valley and you’ll see old fence posts that mark the corners of properties, they collect the bleached skulls of field mice left by hawks who see fence posts not as boundary markers but as windows into a world free from want. You see, mice fuel hawks so that the observant rancher might