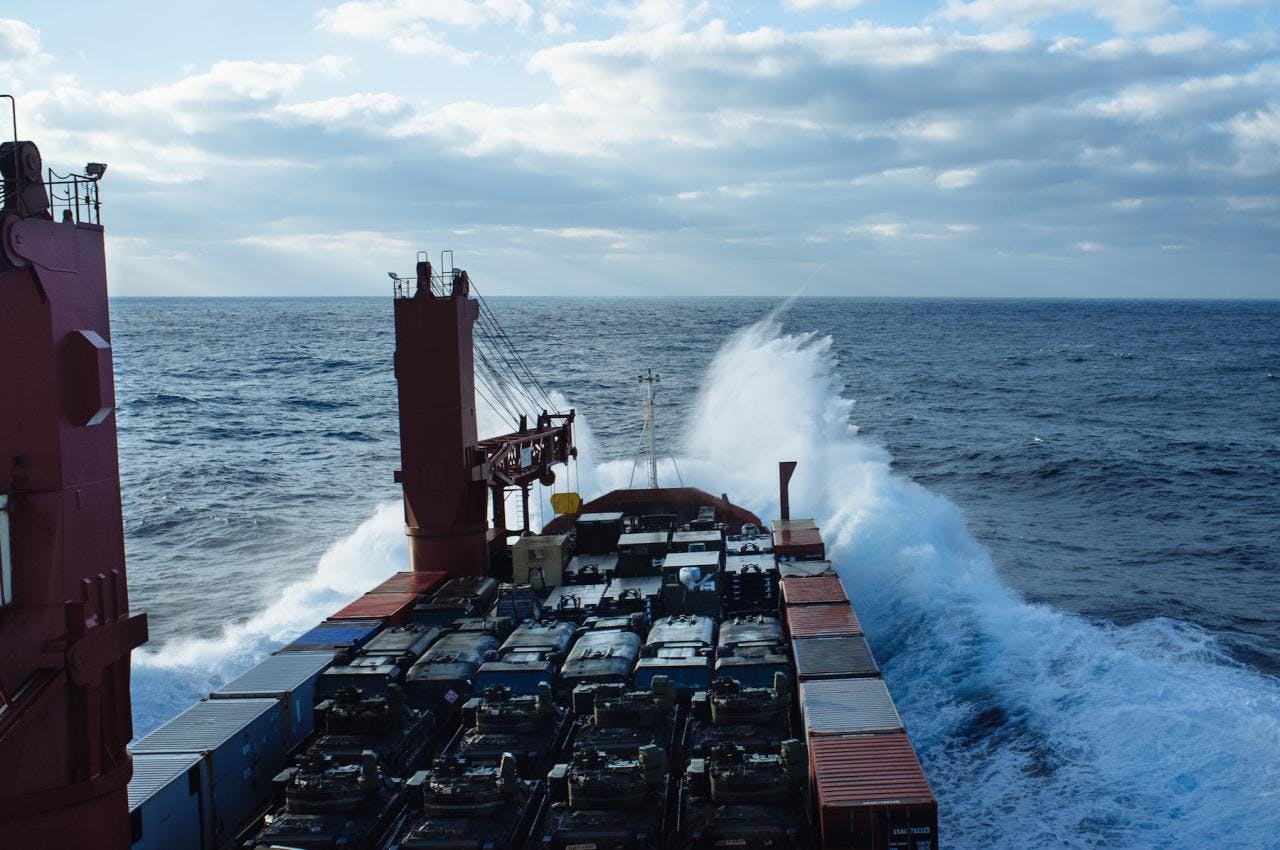 With oceans that refuse to relinquish any of their might regardless of our technological advances, the modern sailor continues to face the same elements which all that have sailed upon her waters have ever seen. “We must always remember that the sea is no respector of ships or person. The sea is always ready, at the first sign of failure, to rush in and destroy the very craft it so readily supports upon the surface of the water.”1 Merchant mariners, both on deck and below in the engine room, know that once land falls below the horizon, they are left to their own skills and tools for prosperity and safety.

John Dunaway has spent the last 8.5 years in the U.S. Merchant Marine sailing across the Pacific, Atlantic and Indian Oceans to reach numerous ports in 35 countries. From tankers to heavy lift ships capable of lifting 400mt, he’s seen the good, the bad and the ugly of going to sea, but packs his bags willingly when duty calls. He totes a camera to document the lifestyle that is often left in the dark or far too romanticized of decades past. When not offshore for 6 months of the year, John lives with his wife, daughter and two hunting labs in Texas partaking in the outdoors anywhere nature has afforded it. 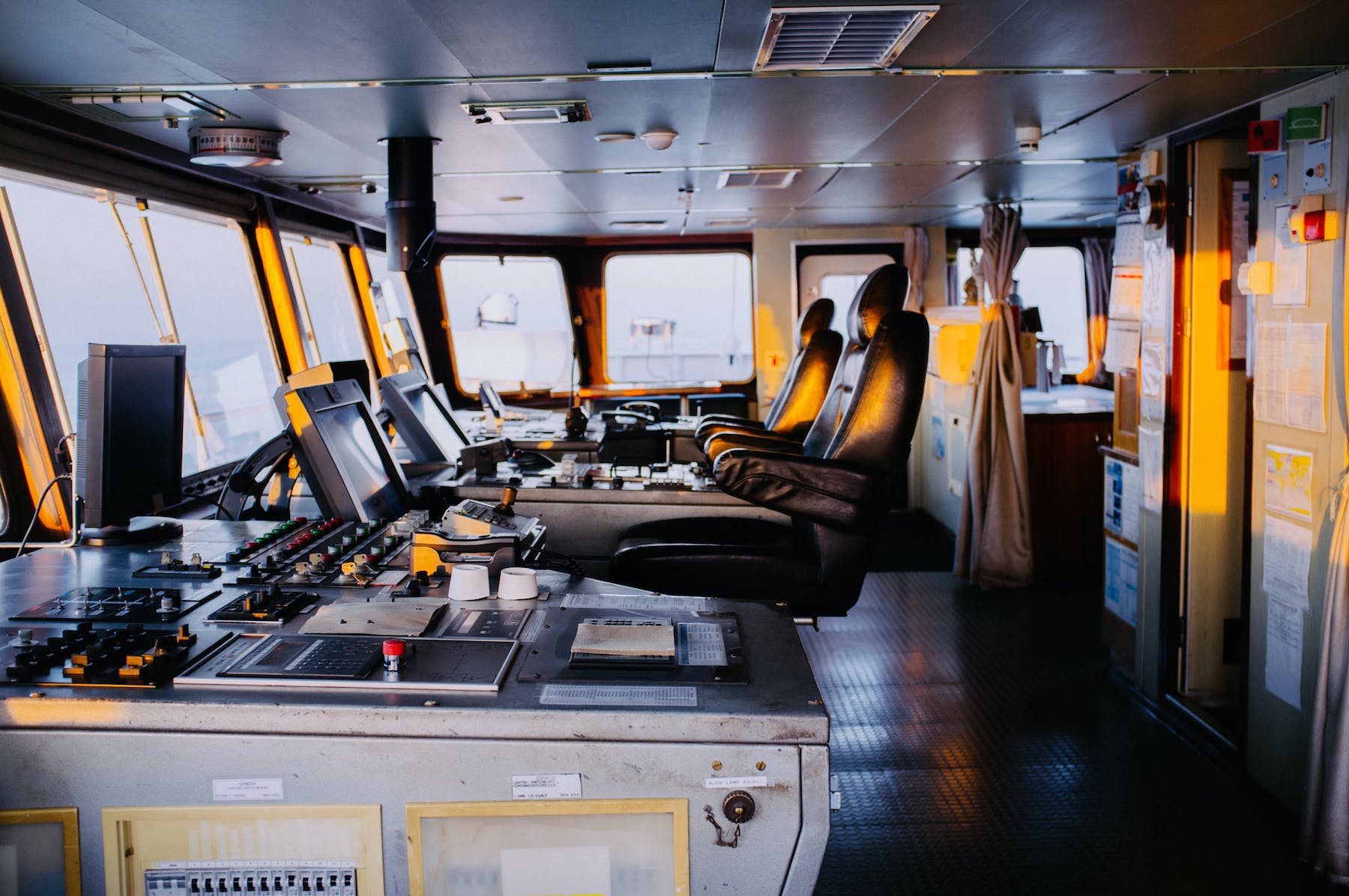 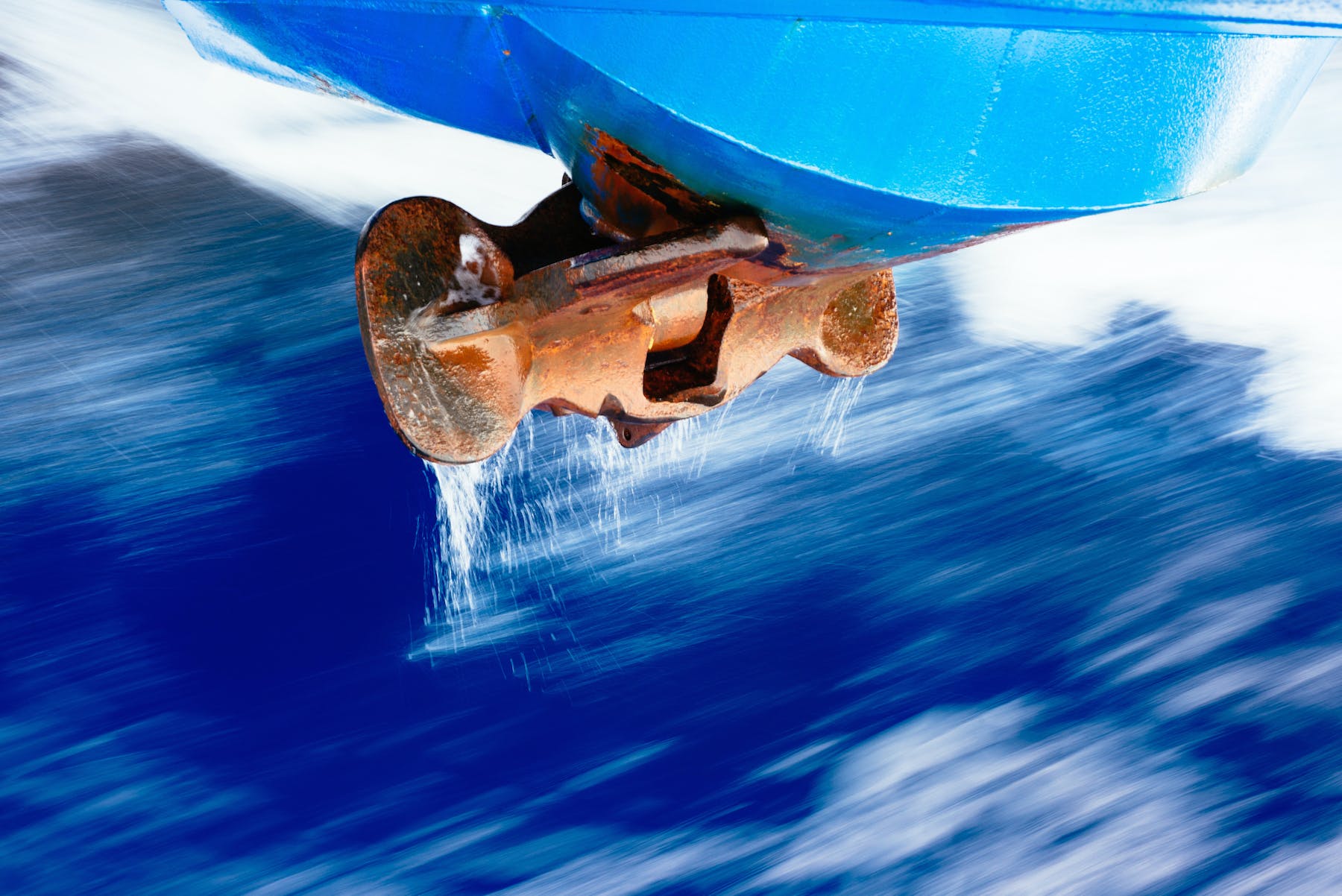 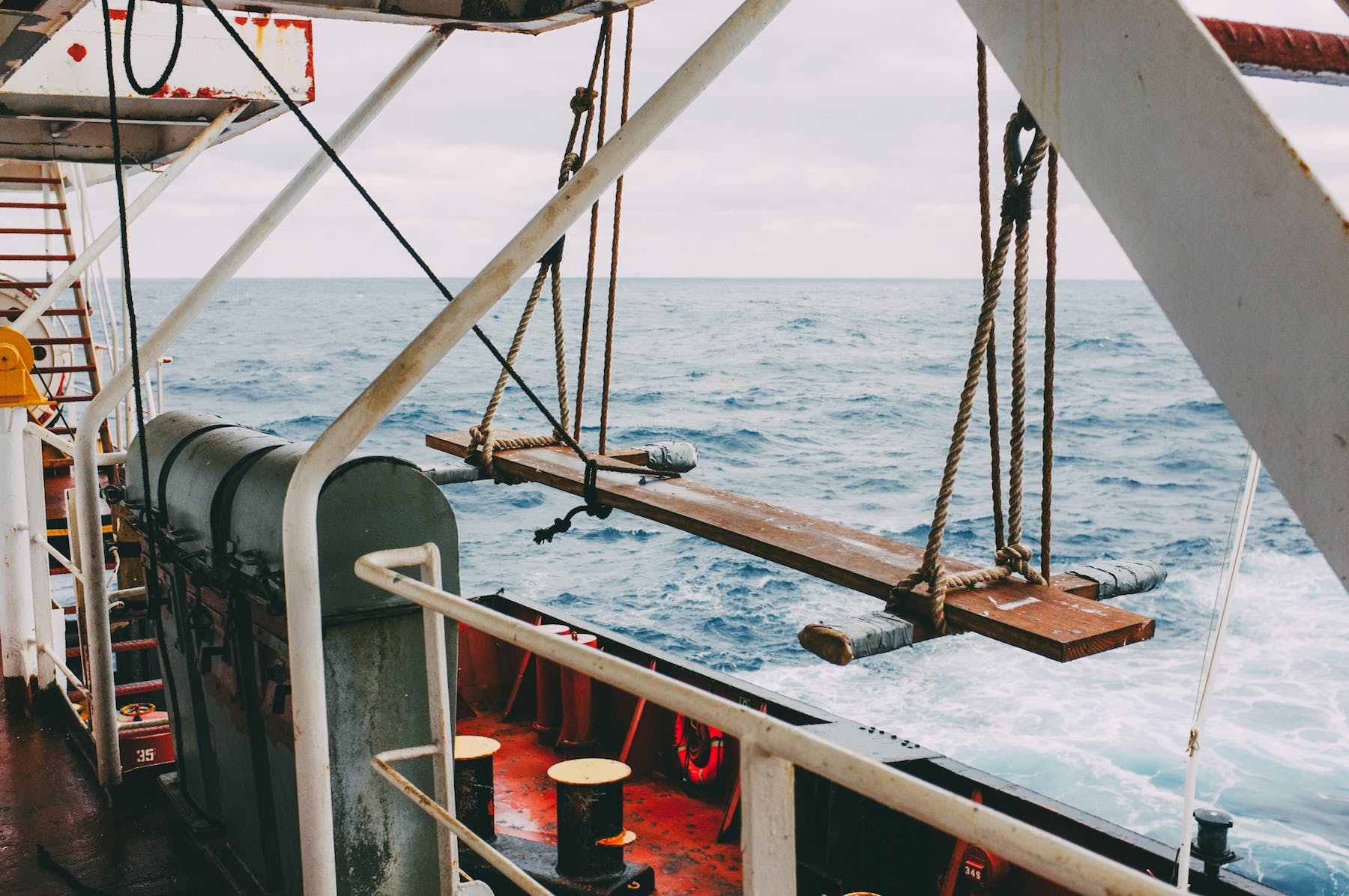 Sails have long since vanished from merchant cargo vessels, replaced by engines that propel ships of steel to all corners of the globe. With roughly 90% of the world’s commerce moving by water, today’s oceans are traversed by more ship traffic than ever before. Merchant ships are consistently becoming larger while crew sizes shrink to the bare minimum by law, making each person pivotal to the smooth operation. A vessel of 1,300 feet in length, which may carry upwards of 9000 40’ containers, has onboard a mere crew of 15 to handle her duties. 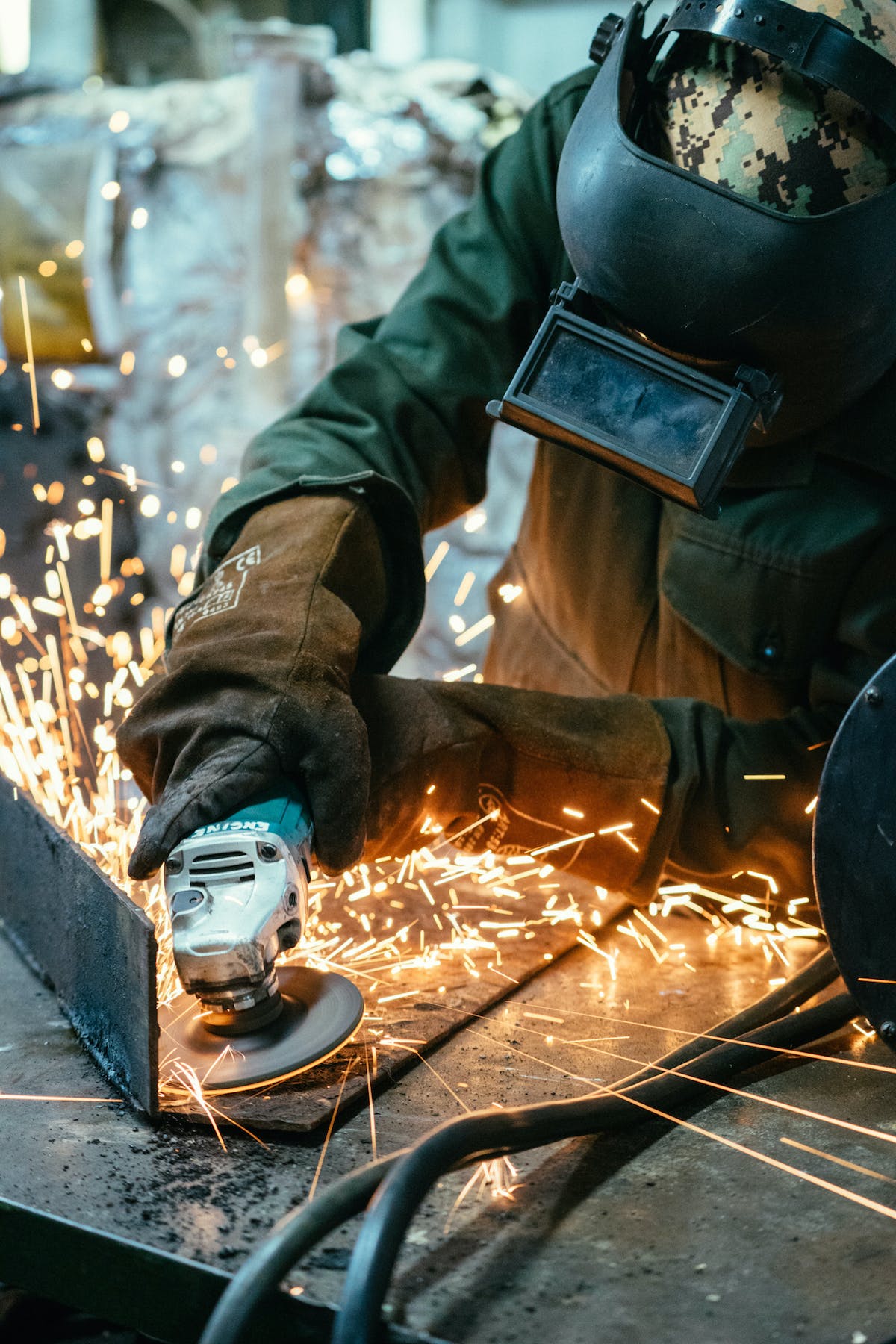 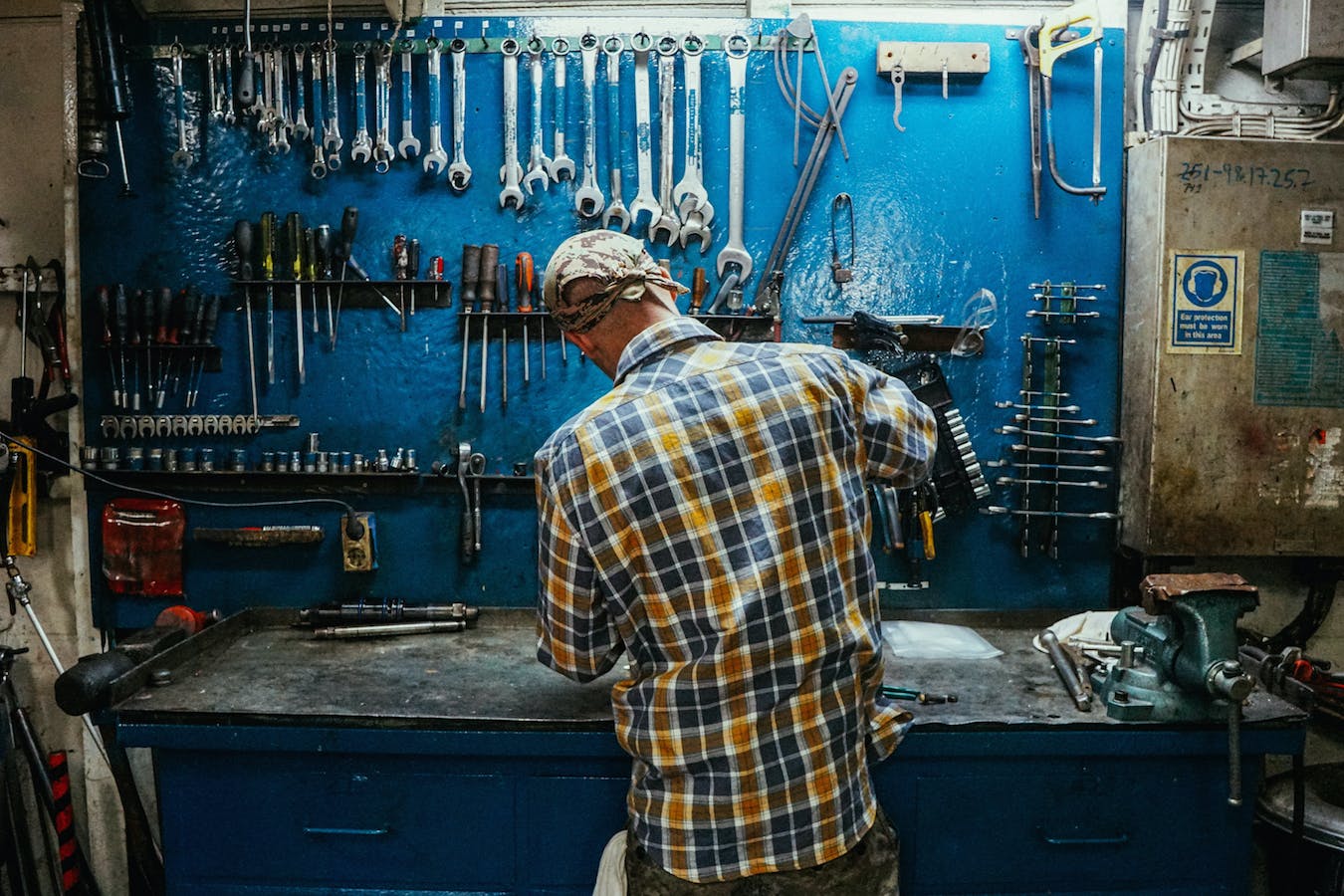 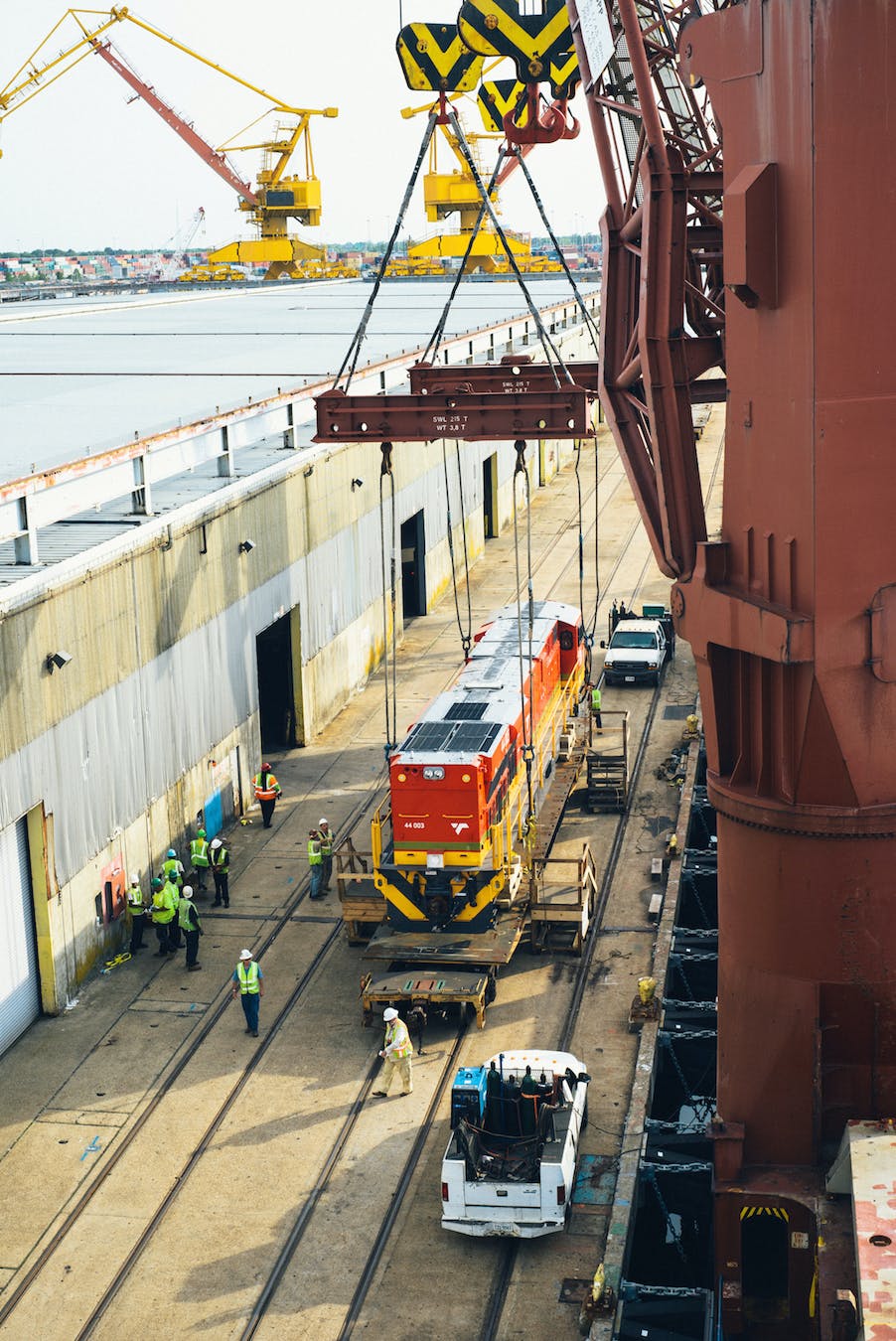 Regardless of the size and workload, mariners have one purpose, to get the cargo delivered fully intact as efficiently as possible. From containers to entire oil rigs, if there is a ship with the volume to carry it, mariners will get her delivered. Pulling into port is the romanticized vision for being a sailor, but time at a dock costs money, not making it. Port calls are kept to a bare minimum to complete cargo ops while taking on stores, refueling for the next voyage and making any mandatory repairs fit within this small window. Every ship has its specialty, but for me it has been about heavy lifts, using ship’s cranes to load and discharge cargoes up to 400 metric tons. This line of work has no space for slacking off. Wires and shackles must be rigged in unlimited configurations to lift the cargo, landing them within fractions of an inch for final stow both ashore and on the ship. With cranes flying back and forth, there is always a high level of danger at play. You never walk under a load or put yourself between it and a hard place because one wrong move could easily be your last, a message that personally rings near fatal. 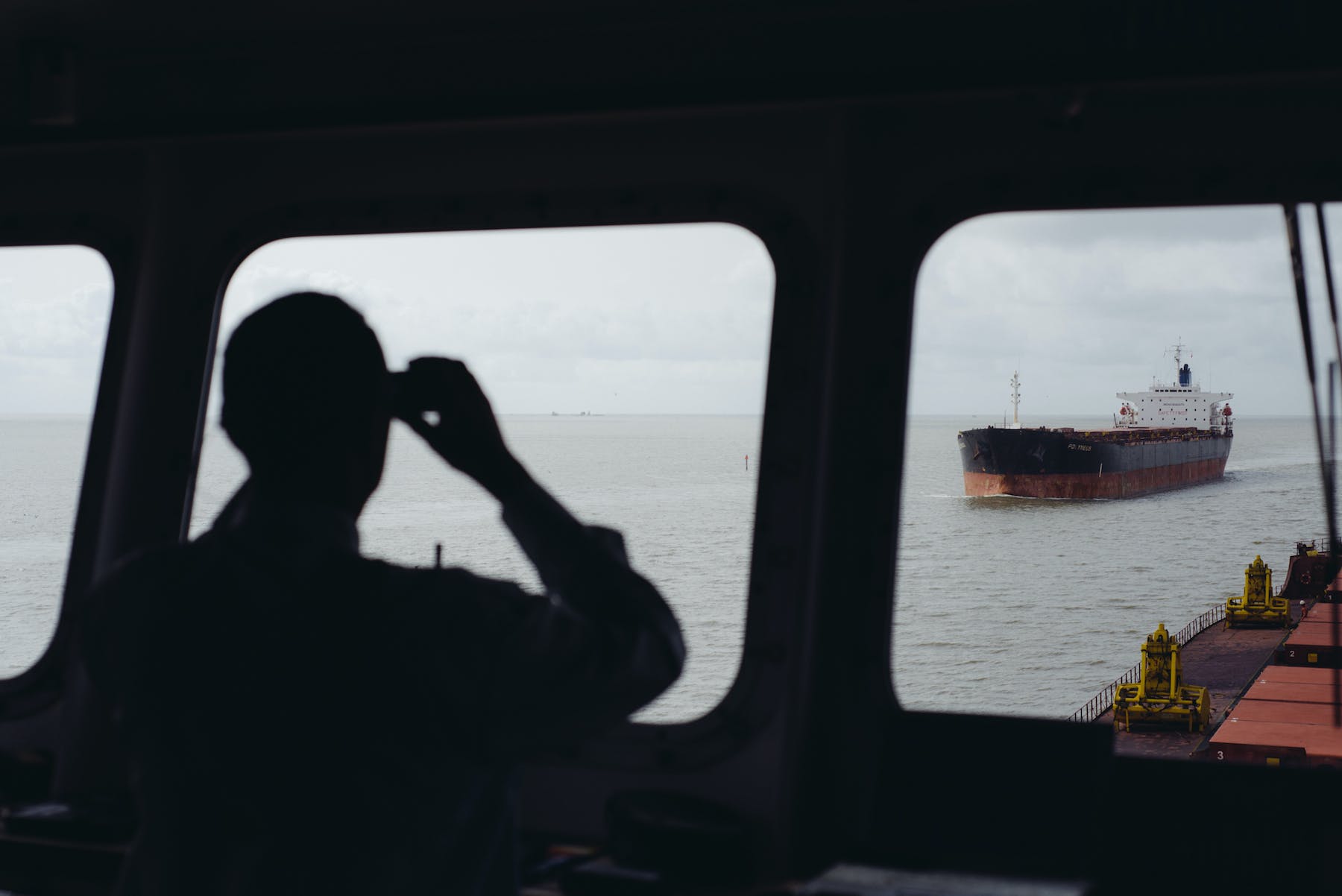 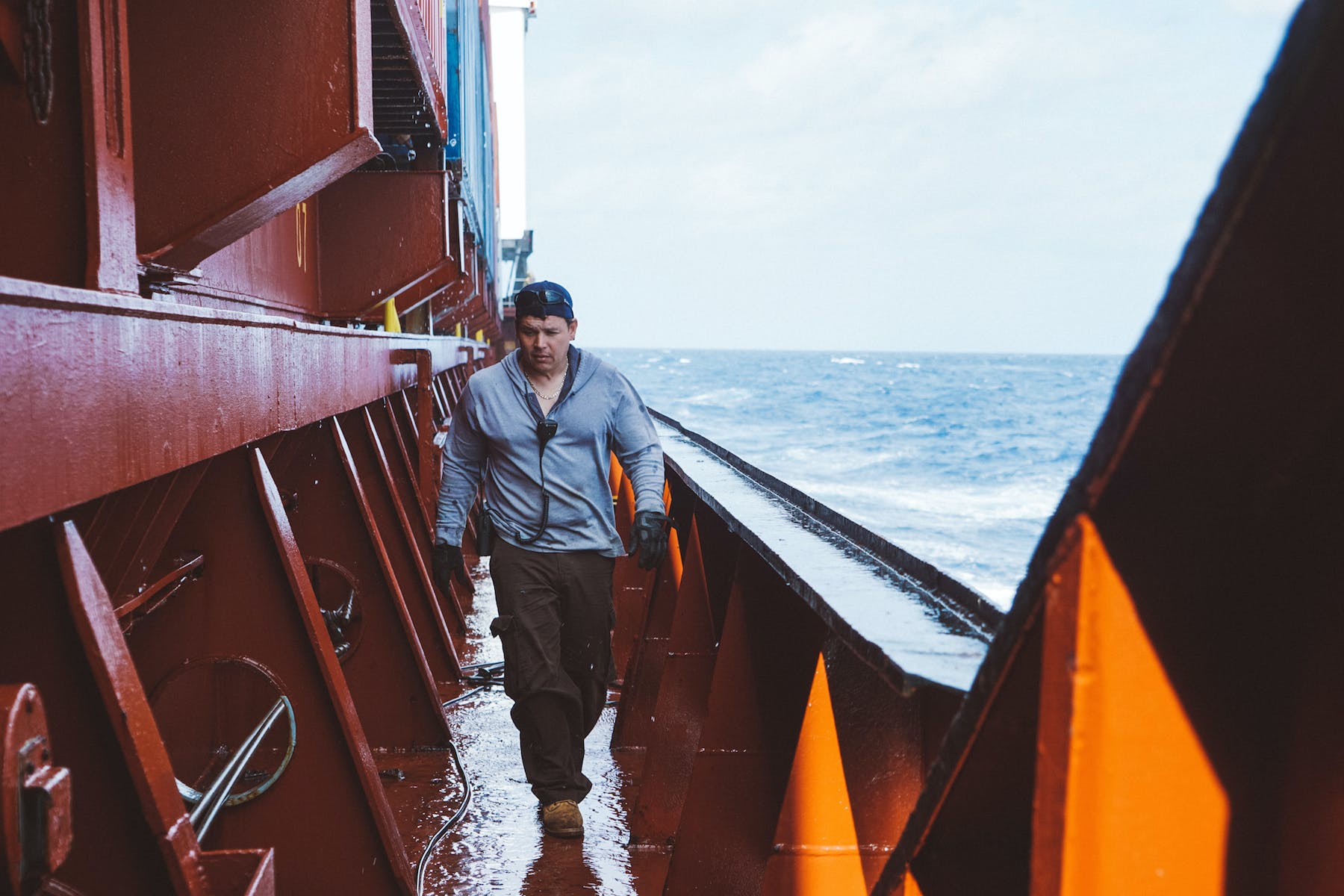 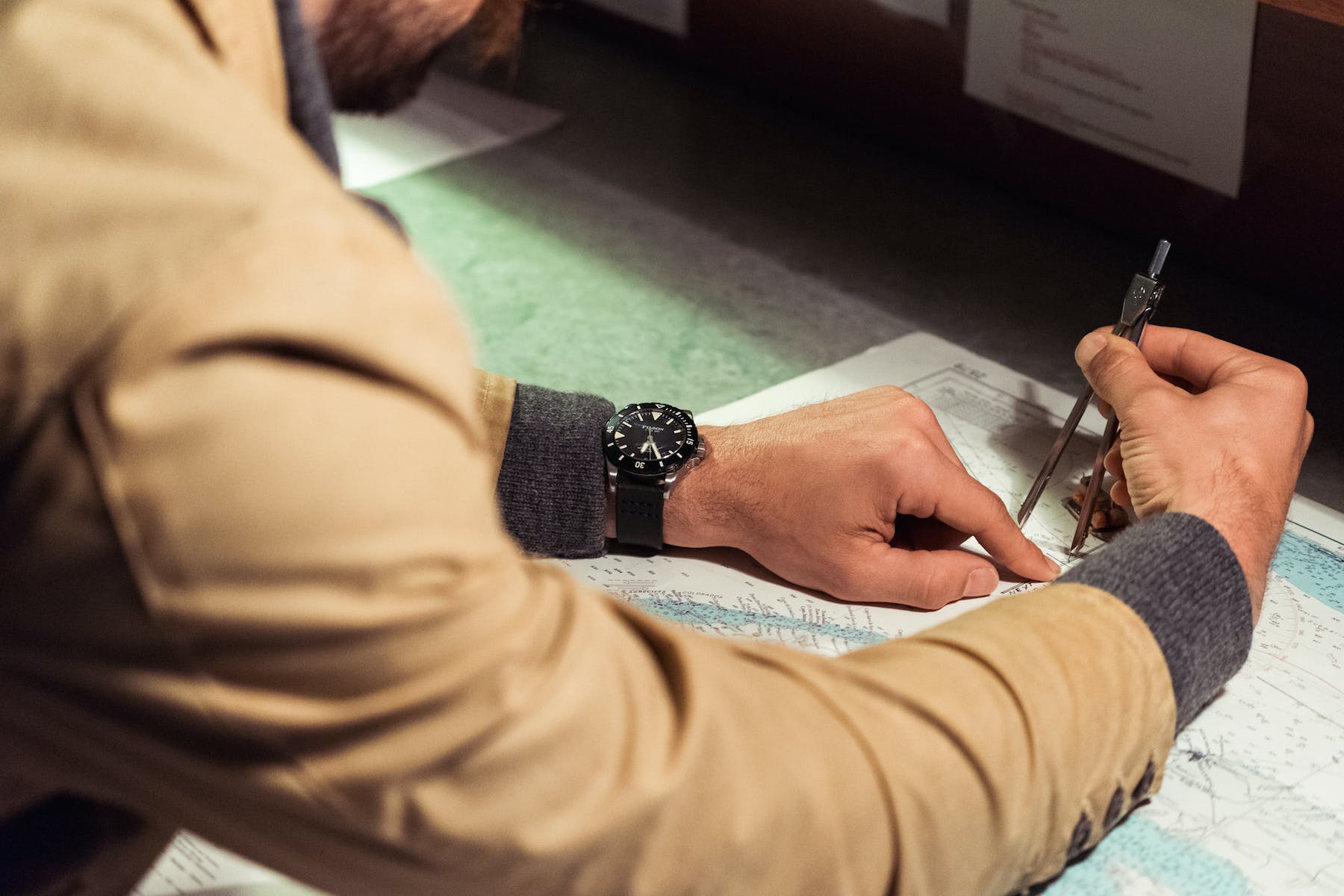 Once cargo completes, the ship sails back out to sea bound for her next destination. Away from land, all hands resume their roles by department to keep the ship maintained and operational. Engineers work in shifts around the clock to “keep the lights on” because without that propulsion, nobody is getting their job done. Pumps must be rebuilt, replacement parts fabricated and damaged material welded back together. High above on the bridge, deck officers stand rotating watches to navigate the vessel along her intended track lines, adjusting for the effects of wind and seas, diverting for traffic when necessary and keeping an eye out for the elusive mermaid. 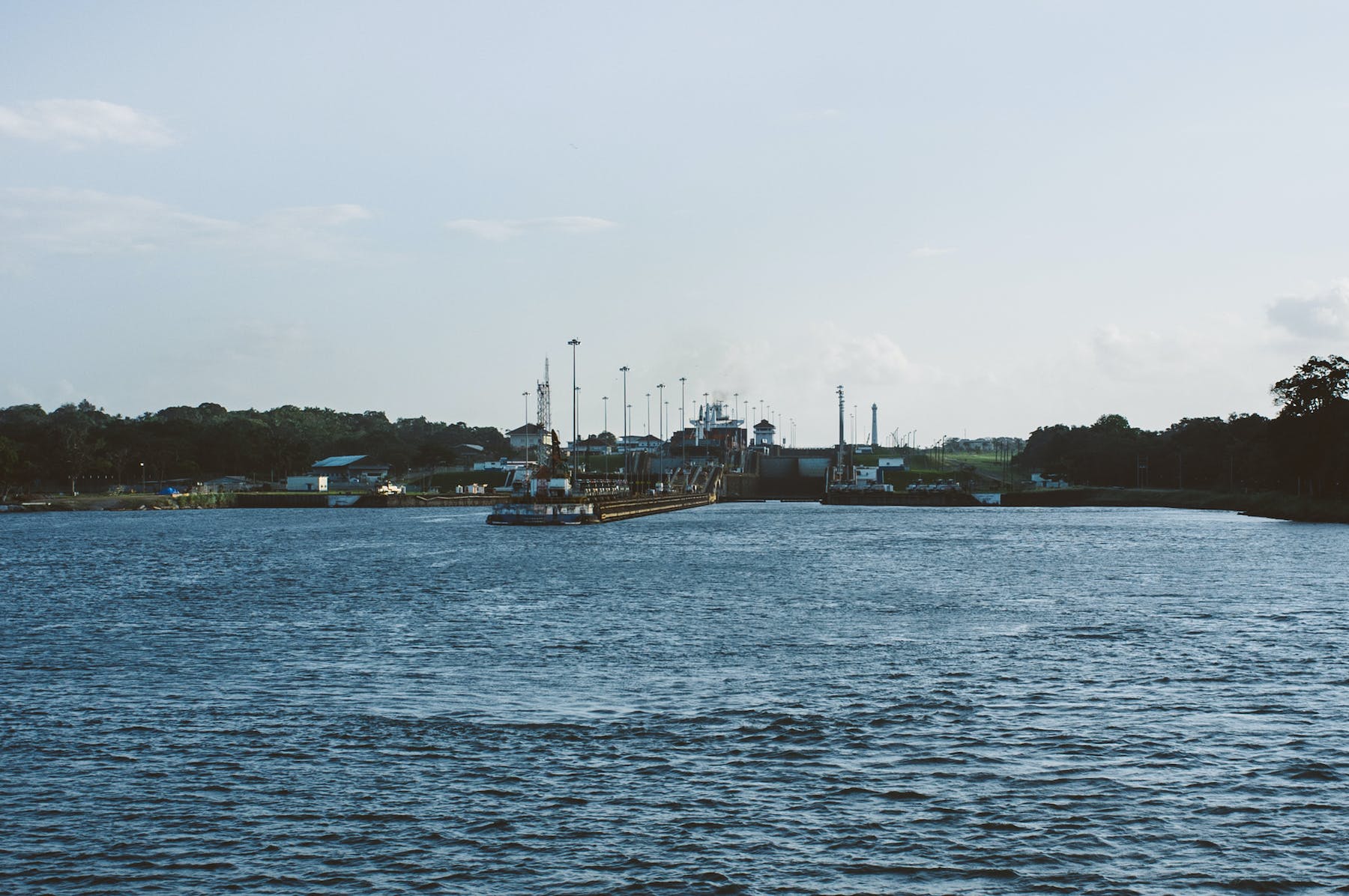 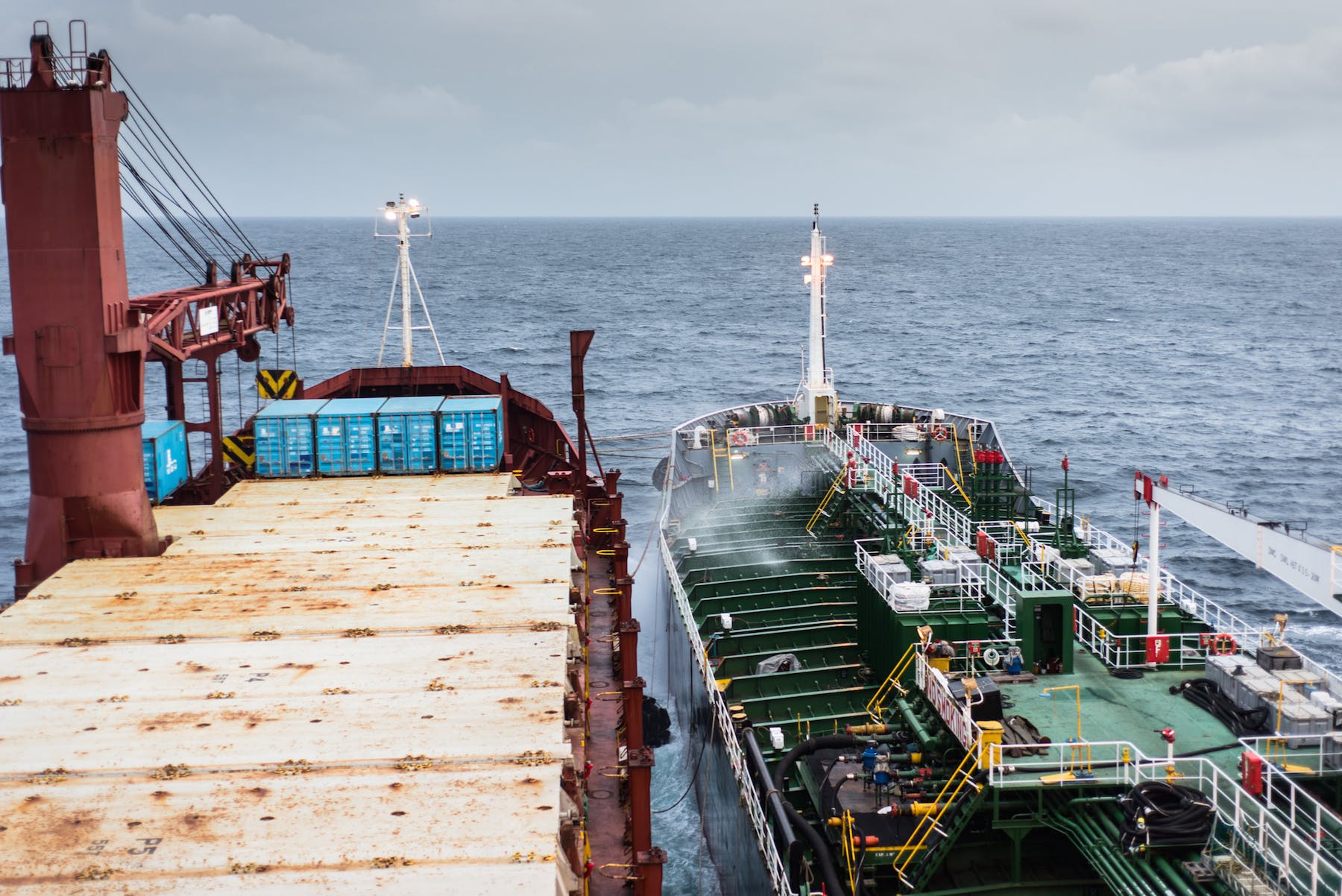 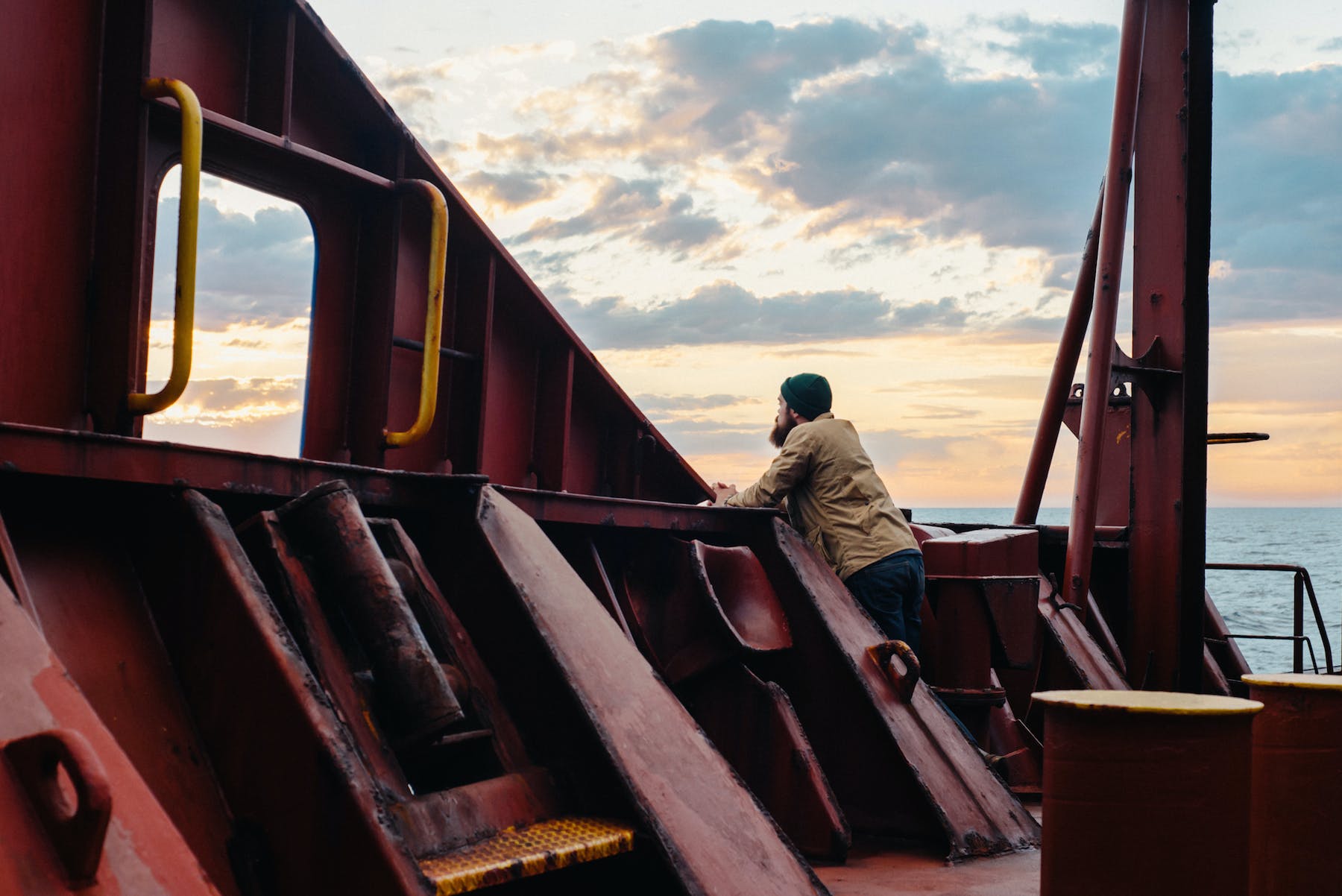 The remaining deck crew turns to 12 hours per day to combat the effects of salt water upon steel, which ensures there is always work to be done.  Chipping up rusted metal and steadily covering the bare steel with layers of paint is a never-ending battle. There are also winches and machinery to be serviced, lines mended and cargo holds prepared for the next load. They never know exactly how mighty the ocean may be when shore dips below the horizon, but all know that just as the sun rises each day, there will be a work list miles long waiting for us to tackle her. Its just us and our abilities to get it done before she makes the next port call and the cycle repeats itself. 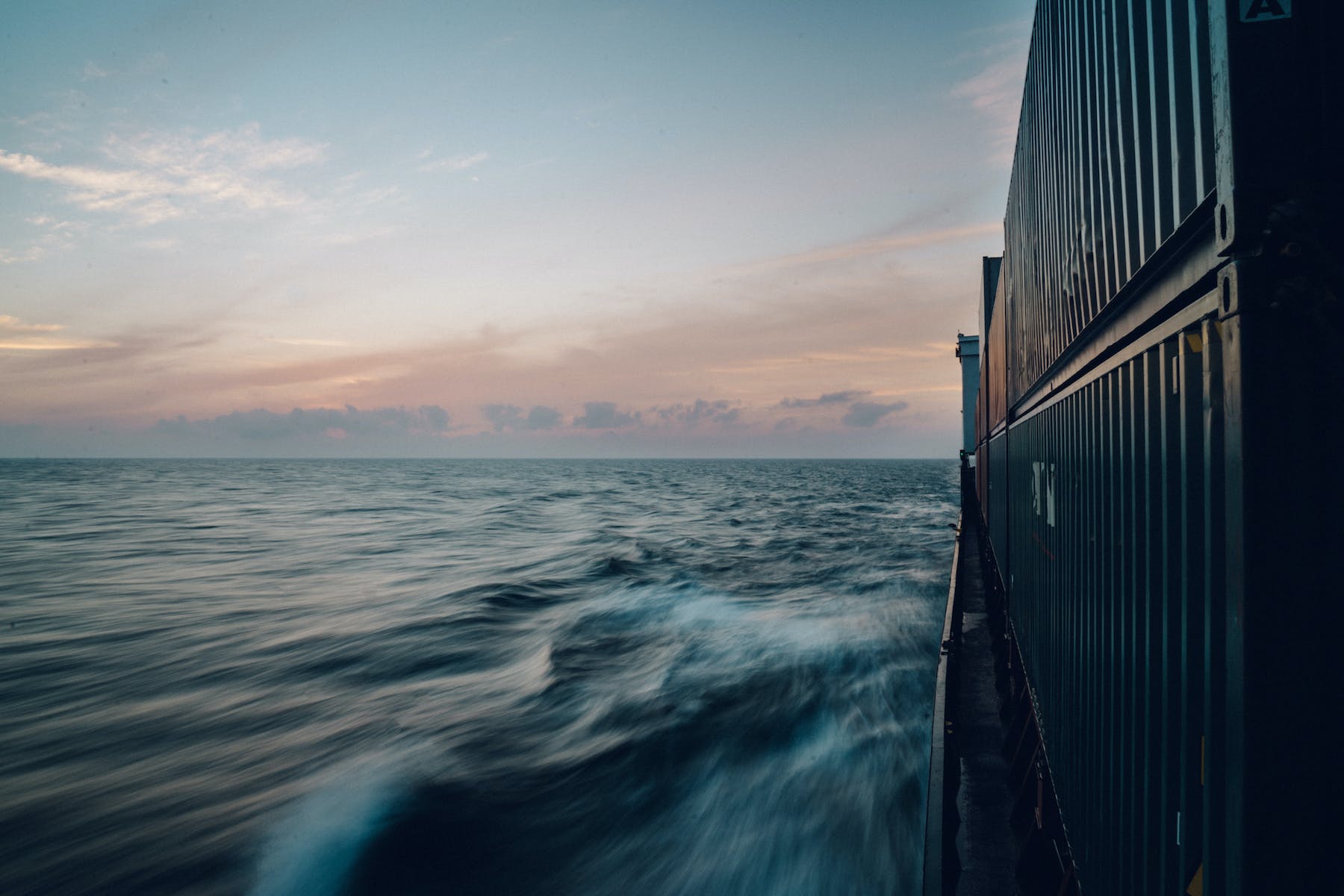 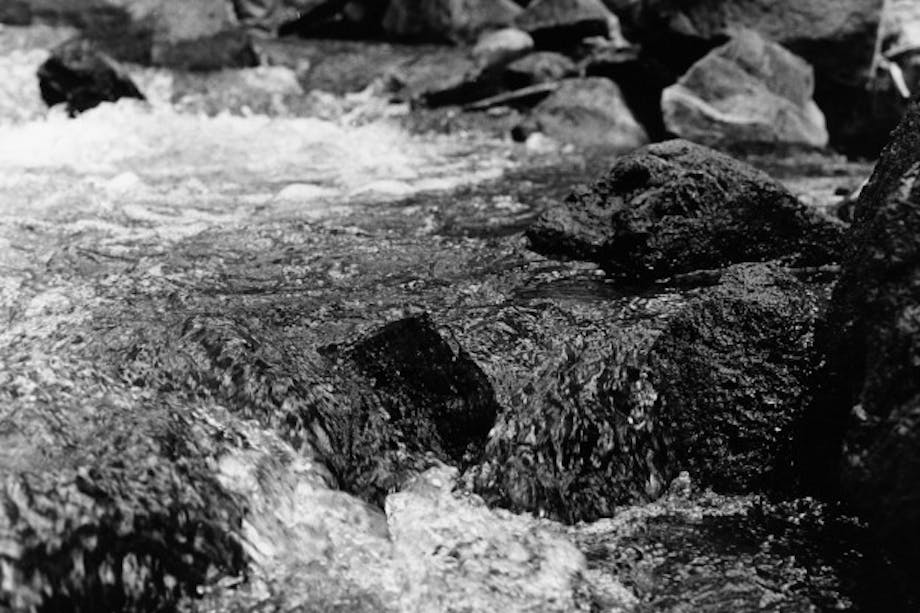 John Ludlam is a medium format analog photographer currently residing in Denver, Colorado. Two years ago, he started processing and printing his own photos in the darkroom and hasn’t gone back to digital since. He loves photographing anything and everything, but especially those people who enjoy traditional or artisan processes. Ever since I can remember,