The second thing you notice about Marian Beck is her eyes: bright, quick, and alert. At 66, her body is still very capable because it is asked to do every day what bodies that roam the cities of the Lower 48 are asked to do perhaps once in a lifetime.

Marian’s eyes are sharp and her body is strong because they must be.

Whereas most Americans can comfortably commute in a heated vehicle to fulfill any of their basic needs, for Marian, even the most commonplace tasks like a trip to the grocery store are both difficult—she must climb, laden with supplies, a boat ramp that rises and falls up to twenty-eight feet with the tide—and fraught with danger, piloting, until just three years ago, an open aluminum skiff over water so cold it will render a human being unconscious in under an hour most of the year. Now her boat has a cabin.

Marian’s restaurant, The Saltry, sits as the centerpiece of Ismailof Island in Halibut Cove, a small waterfront community on the south shore of Kachemak Bay, about six miles as the crow flies across the water from the nearest road at the end of the Homer Spit.

You could walk, I suppose. From Halibut Cove to Homer, it’s a straightforward twenty-mile hike north and east through dense mountain forests, rocky beaches, and glaciers to the head of the bay. There you will have to ford the Fox River and its expansive intertidal mud flats, home to moose, bear, and the occasional wolf and then another five miles or so toward the mouth up the north side of Kachemak Bay to the very end of East End road, which will take you into Homer. You can hitchhike into town from there.

Halibut Cove was initially settled by Europeans for one purpose: to support a thriving herring fishery, which lasted from 1911 to 1928. The waste from the processing plants, called salteries, actually killed the food source the herring fed on, and the industry ended up committing suicide in a familiar story of boom and bust in Alaskan resource extraction. Halibut Cove was a ghost town, home to a few old Scandinavian men until Marian’s father, Clem Tillion, set up shop in the late 1940s.

Clem is a famous Alaskan pioneer and nine-term legislator who traveled to Alaska by boat, train, truck, and foot from California after fighting the Japanese in the South Pacific in WWII. He made his homestead in Halibut Cove because of the sheltered harbor, the good light, and the abundance of king crab populating Kachemak Bay at the time. He courted his late wife, a Homer girl named Diana, and in 1953, Marian was born in Seldovia before Homer even had a road that connected it to Anchorage.

“You could call it peasant food, I guess.
I learned that amazing, fresh, delicious, backwoods road food was some of the
best food ever.”

Over seventy years of strategically selling and giving away land to friends and like-minded strangers, Clem and Diana cultivated Halibut Cove to restore it into a thriving community. Building an extraordinary community in a harsh and remote place, nursing an infant state into maturity, and running a pilot boat and fishing business paired well with a laissez-faire parenting style. Marian’s childhood was marked by both incredible freedom and heavy responsibility for the lives of her siblings and neighbor kids.

At eight, Marian Beck shot her first moose and started babysitting her younger siblings when her parents went out to political dinners in Juneau.

When she was ten, Clem hired his daughter to pick salmon on his Cook Inlet gillnetter after she proved she was strong enough to lift him off his feet.

At thirteen, Marian had her own boat, and much to the dismay of the public school in Homer, ran her siblings to school in it daily across frigid Kachemak Bay.

When she was fourteen, her parents would drop her and her brothers, twenty-one and eight, off in Mallard Bay in the summers to go fish for humpies during the three-week run. They lived in a floating Visqueen shack and fished a small thirty-foot seiner called the Bobby M.

At 17, with her parents in Juneau during the legislative sessions, Marian was given a budget to run the house, pay the bills, and feed her younger siblings and the other latchkey kids in Halibut Cove.

College must have been a reprieve for her after she shipped off to Cal Poly to study environmental food science.

Just like at home in Halibut Cove, Marian fed herself and those around her at school. “At Cal Poly, I ran in with three girls who were my roommates for the rest of my time at school. And they didn’t like to cook, so I kind of cooked. And I liked good food. Clean food,” she said.

Marian believes that her love of cooking is a product of both nature and nurture. “It’s an art form, and maybe it’s part of my art gene. But my mom cooked, and I cooked with her. And I didn’t do much with my mom.”

In the fall of 1975, Marian took a trip with two friends to France, Italy, and Spain right as its last dictator in modern history was lying in a coma and dying. They discovered what American travelers have been finding for the better part of a century: people in Mediterranean countries in Western Europe enjoyed a culture of quality food, at all socio-economic levels, that most Americans didn’t have access to.

“We tried to drive places where we could eat regional food. You could call it peasant food, I guess. I learned that amazing, fresh, delicious, backwoods road food was some of the best food ever,” she said.

Returning to Alaska, Marian knew she had the raw ingredients for good, clean food in Halibut Cove. She also knew, seeing the farm-to-table movement flourish around her in California in the 1970s, that pockets of America were rebelling against the likes of McDonald’s and convenience over quality.

“It’s an art form, and maybe it’s part of my art gene. But my mom cooked, and I cooked with her. And I didn’t do much with my mom.”

“When I turned twenty-seven, we were fishing in [Cook] Inlet. I started worrying about not starting something of my own. I wanted to do a restaurant. I never worked in a restaurant, but I wanted to share good food, and I had this idea about art on the face of the wilderness, which is what The Saltry was,” she recalled.

Marian and her husband bought a houseboat, ran it up on the boardwalk on the highest tide of the year, and opened The Saltry.

It started as a bar serving comfort food like seafood chowder and pickled salmon and quickly evolved into a full-service restaurant in the 1980s. It has gotten more sophisticated over the last four decades. The kitchen still serves its famous pickled salmon and chocolate cheesecake, but now Marian imports chefs from five-star restaurants and celebrity bartenders looking for an exotic summer gig.

But don’t be fooled by the accomplished staff and the New York Times profiles. The Saltry actually shares more DNA with a homestead than with the fine dining of the Lower 48. Being miles from most modern support forced Marian to develop and maintain basic infrastructure from utilities to lodging for the patrons and staff.

Marian owns and operates the ferry that runs guests from the Spit to the Cove.

She performs EPA testing on the spring-fed reservoir that provides water to the whole community and operates the 5500-gallon system that feeds the restaurant freshwater every day.

Marian grows leafy greens and herbs for the restaurant in the garden and oversees the procurement of fresh seafood and produce from dozens of other sources. Greg and Weatherly Bates for oysters and mussels. Red, king, and silver salmon from her husband David Beck and setnetters all over Kachemak Bay. Halibut from Billy Sullivan. Pacific cod and Pacific octopus from Alray Caroll. Produce from farmers at the Homer farmer’s market—where she shops twice a week in the summer.

Despite the massive undertaking of maintaining water, supplies, and housing, Marian still personally ensures that the whole experience maintains the unique “art on the face of the wilderness” vision she had for The Saltry originally. She’s the curator and an artist-in-residence at the Halibut Cove Experience Fine Art Gallery, which features eighteen local artists and provides the economic engine to sustain their returning each summer. She even goes so far as to hand-paint every plate, which her husband fires in the huge kiln in the pottery studio down the boardwalk.

“My crew fights fires, too,” she said. When the room next to the pottery studio caught fire last summer, they stayed up all night putting it out with a hose that pumped from the docks. “It’s not the first fire we fought.”

Marian’s tiny empire is more than a restaurant. It’s a community that requires captains and cooks, fishermen and artists. It’s a business that has thrived in an industry famous for expensive failures in possibly the most preposterous location in America. Marian isn’t just a cook, Clem Tillion isn’t just a fisherman, and Diana Tillion wasn’t just an artist. Alaska welcomes people who can shoulder the responsibilities and services that most take for granted and rewards them with the chance to do something amazing. 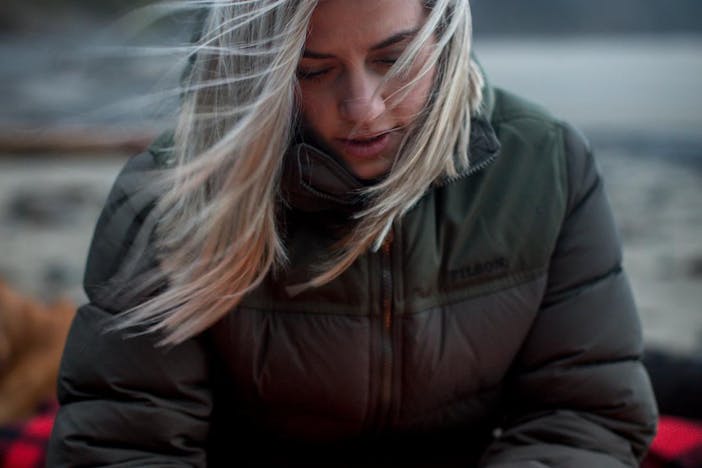 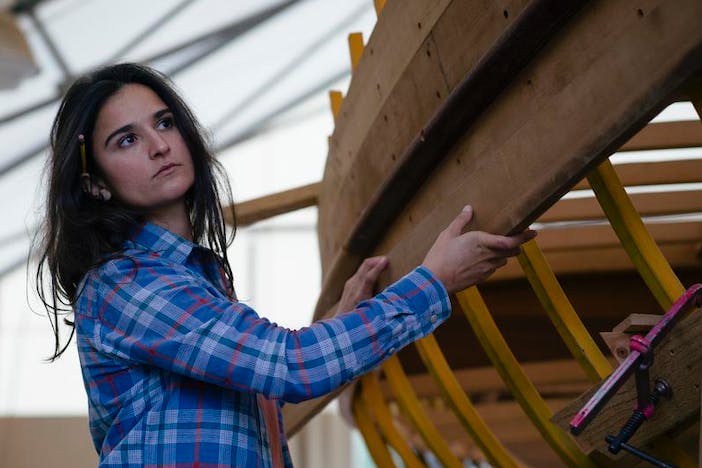 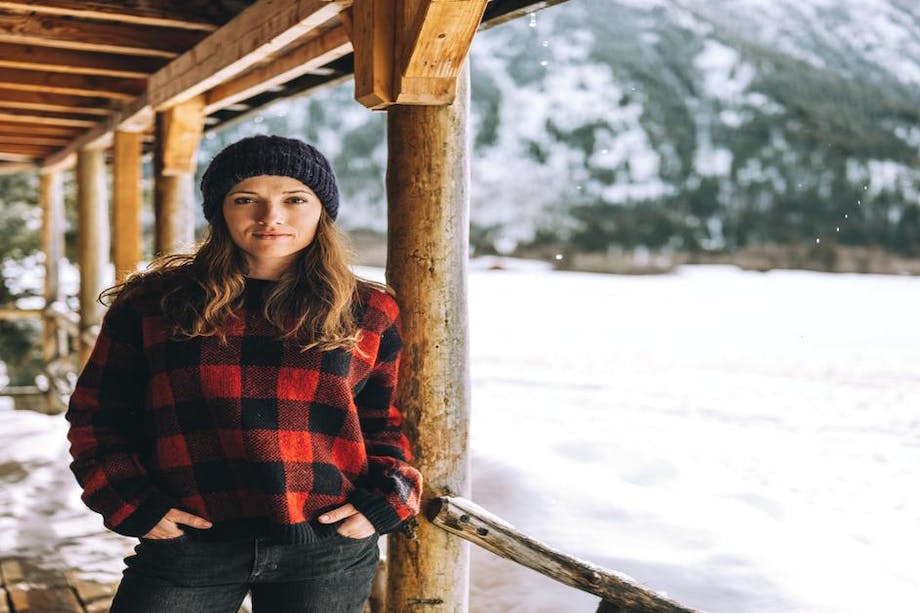 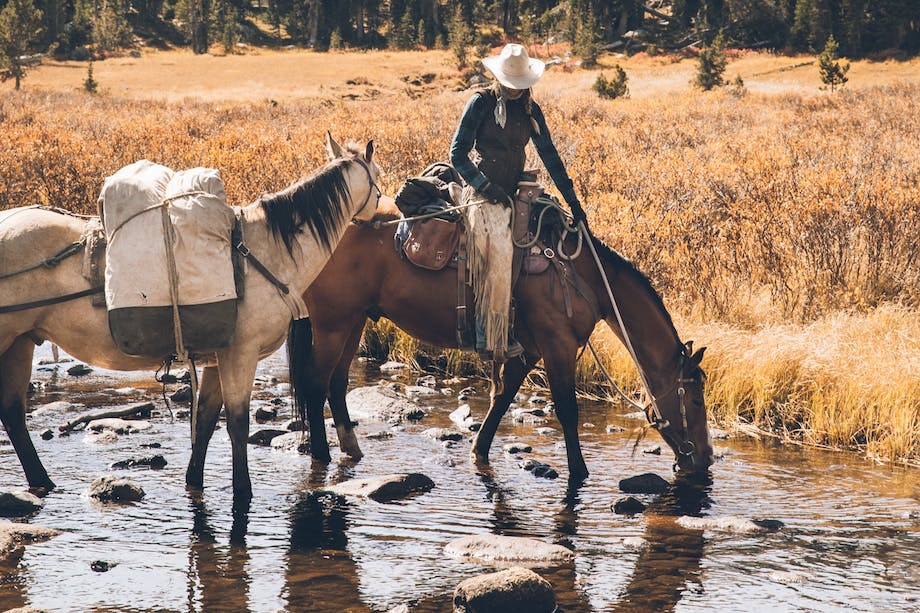