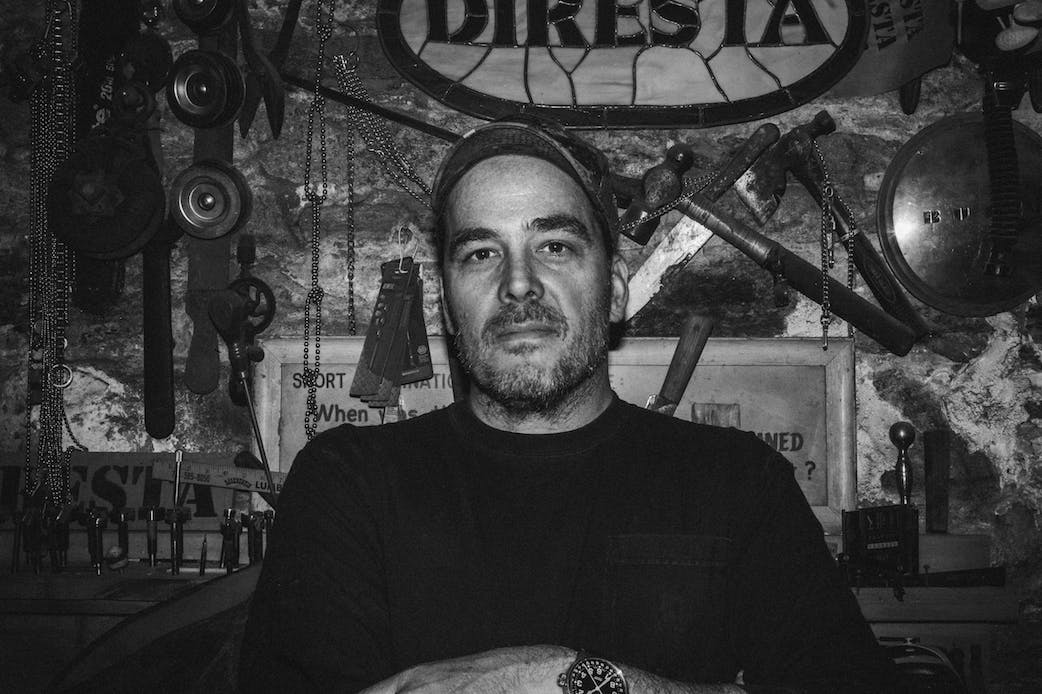 On the latest Filson Life, photographer Brian-William Green shares a rare look inside Jimmy DiResta’s workspace located in the Lower East Side. DiResta has been part of the growing neighborhood since 1994. Firsthand seeing the city change as his operation revolved through storefronts around downtown Manhattan.

In anticipation of the upcoming Filson NYC: Mallet Making and Whiskey Event with Jimmy DiResta, we sat down with the New York based artist and master builder, discussing everything from everything from his Youtube channel to working on bringing his Manhattan studio to the Catskills in Upstate New York.

Murphy: How did this all start for you, which has culminated into a profession and part of your everyday life?

Jimmy: It was a very natural thing in art class from elementary school and high school. I would sketch and draw to the point where all the kids would ask me to draw something for them.  Even as a kid, my dad would give me projects to work on while in his wood shop. This is how I learned how to hot glue, use different tools and machines in the wood shop. After finishing school, I trained to become an Architect, but after some classes it was clear to me that I can do the sexy work with my hands and they can do the boring work.

After I graduated from SVA, I began right away working in the toy business. I worked with a teacher of mine who became my mentor and worked for him designing and developing toys. I freelanced for Hasbro, Mattel and did things for all companies.

MM: What are some changes in the neighborhood you’ve witnessed?

J: The neighborhood is less scrappy. You’d be able to park wherever you wanted it didn’t matter. Now I have a Vespa and walk around most of the time. I used to get into my 1978 Cadillac and drive up to 14th and 23rd st. There used to be a lot of abandoned shops and vacant shops in the area. The reason I moved out here, we looked for the cheapest neighborhood and moved to 2nd and B. Back then, there used to be more makers and artists here, there were fabrication shops and wood shops, now I think I’m the only one in this neighborhood making things.

My buddy rented the store front upstairs in 2003 (15 Clinton St), we went down to check the storage space and I asked the landlord if the basement was available. I started in one room and over the years I expanded and took over the entire basement.

MM: When did this shop open and become the studio it is today?

J: I had the store front on 2nd St and our business started growing. We needed more space and moved to Attorney St in 1995-2000, went broke because our clients went out of business and for another client, worked with him until 2004 and developed one of his biggest products the South Park keychains and stuffed animals. Then he went out of business and I opened up this shop up and it became the “I’ll do whatever you want shop.” I grew disillusioned with the toy business and wanted freedom of creativity. I hustled a lot and did interior design work going around the neighborhood handing out my card and would make whatever anybody wanted, a sign, a chair. 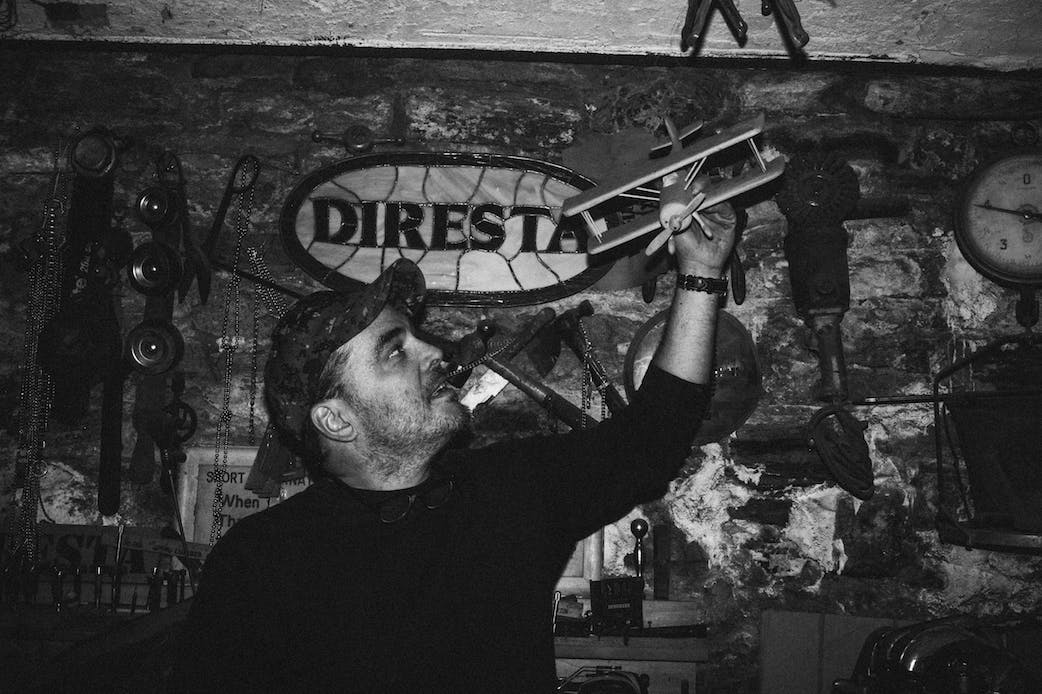 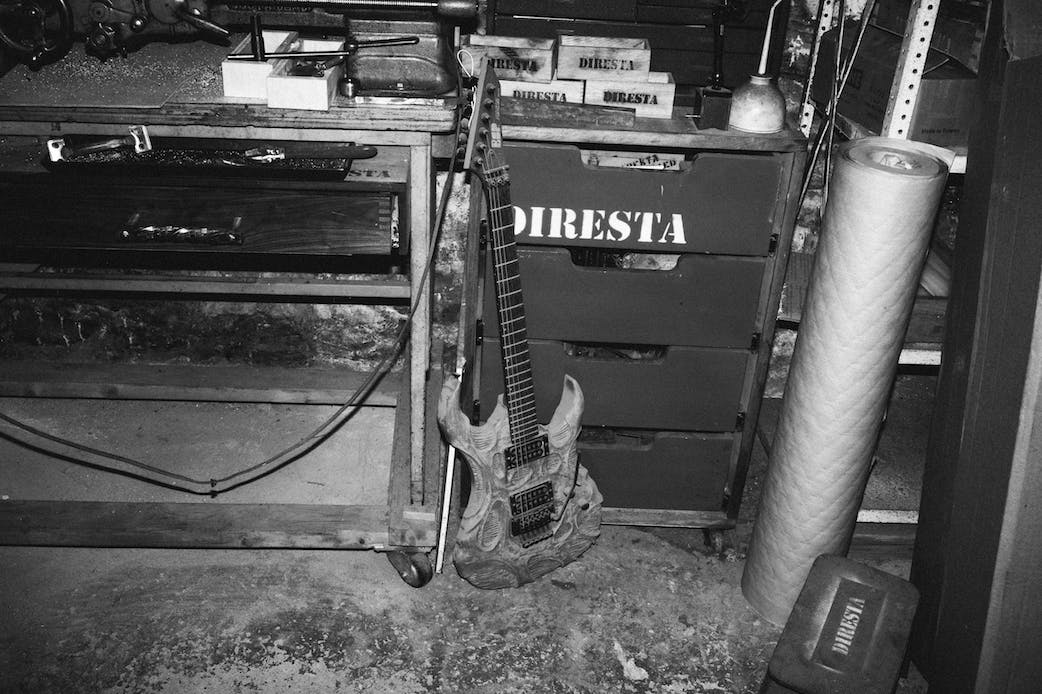 MM: How did you get involved with Make?

J: The people at discovery channel said I should get Twitter. Within the week I got a message from Brooklyn Morris who worked at Make magazine at the time and she said we’re doing a make affair in Queens and invited me to come. I said yea I’ll go, not really thinking about it. She tweeted me again to remind me so I hopped on my vespa and rode out to Queens and it was great. Everybody knew me, they welcomed me with open arms, it was a beautiful experience. They knew me because my license plate says “I make”, so Make magazine was watching my TV show and said “we should get this guy”.

I started doing Youtube and that’s when things started to change for me, in the fall of 2011.

MM: Your traveling a lot more now too?

J: Yea I just got invited by ikea to go to Sweden.

MM: What’s the plan for the new studio in the Catskills?

J: In short time I’ll be building my next workshop on my own property. In the intermediary period my workshop is a big old beat up warehouse, completely empty. I’ve been helping the landlord fix up the property so I’ll be running electric this weekend and working from there. Also, I’ll be making my first video this weekend for a series I do. When I get my shop done on my property I want to have people come up and arrange trips with the shop down the road, its about a mile down. In October we did a tin type photographers class and had people up making the plates and photos for 2-3 hours, had fires at night in the backyard, it was great. 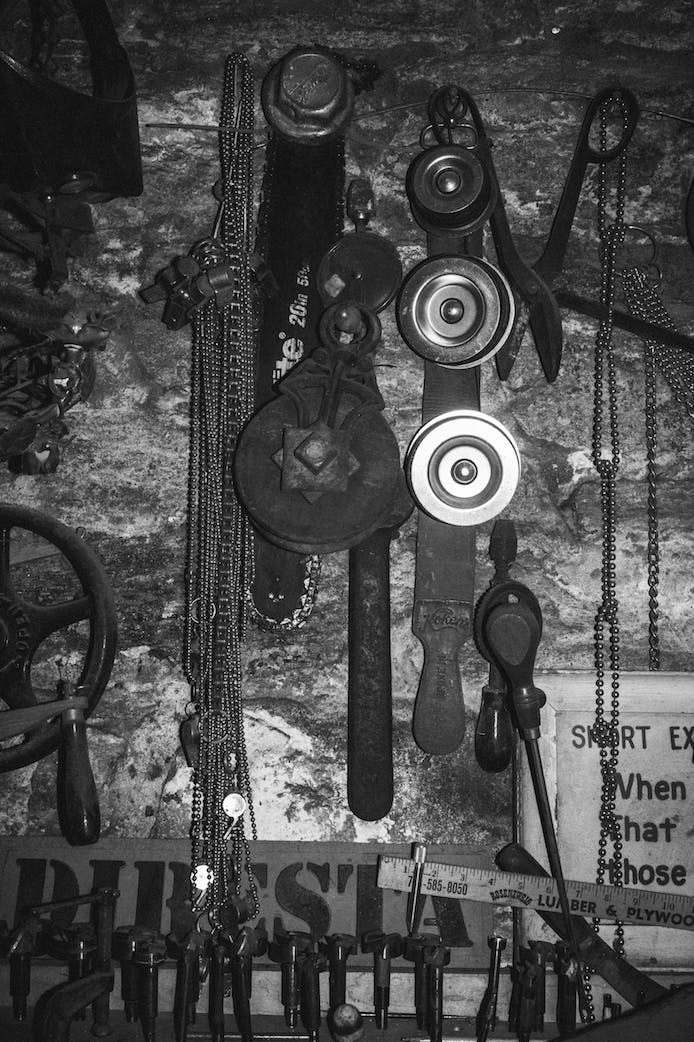 MM: How many videos do you do a month?

J: I do at least 9 videos. On my Patreon page my fans get access to early stuff, rough cuts or when I’m not able to publish videos.

J: A day off for me is tinkering, making things I’m not getting paid for but always thinking about it. I want to get into repairing old cars and repairing old Chevy’s

MM: You said you want to work on cars?

J: I want to get into repairing cars and trucks and re-doing old Chevy’s.

MM: Why is it so important to give back to your audience?

J: I’m living the artist’s life that I always wanted to live. I’ve been practiving my whole life until this moment where on Youtube I can do what I want—Everything comes together in my Youtube series.

Its really important, when people say “I’ve changed their life and I’ve never would’ve been doing this if you hadn’t done this”, it’s touching and makes me want to do better. The info I’ve developed, I want to to give it away for free. I like sharing stories, I learn from my fans as much as they learn from me.

Risk & Resilience: The Language of Horses