IN THE SUMMER OF 1968, A TINY FIXED-WING BUSH PLANE LANDED ON THE GLACIALLY CARVED SHORE OF UPPER TWIN LAKE IN SOUTHWEST ALASKA. A MIDDLE-AGED MAN STEPPED DOWN FROM THE PLANE AND PULLED A FEW CANVAS BAGS WITH HIM, THEN TURNED TO WAVE GOODBYE TO HIS FRIENDS STILL IN THE COCKPIT. RICHARD PROENNEKE WATCHED AS THE AIRCRAFT SHRANK IN THE SKY AND SLIPPED OVER THE NEACOLA MOUNTAINS OF THE ALEUTIAN RANGE, ITS VANISHING THRUM REPLACED BY A WINDY QUIET, LEAVING HIM PROFOUNDLY ALONE IN THE DEEP OF ALASKA. THE NEAREST ROAD WAS LITTLE MORE THAN A DREAM AT HUNDREDS OF MILES AWAY, THE NEAREST HUMAN PROBABLY FARTHER. AND THAT’S EXACTLY THE WAY DICK, AS HE WAS KNOWN, WANTED IT.

“It was good to be back in the wilderness again, where everything seemed at peace,” he wrote of the moment in one of his numerous yellow steno pads. “Beyond was all around me.”

Proenneke was an Iowa native with a Great Depression childhood that shaped his adult frugality, a position as a carpenter’s apprentice in the Navy in WWII that shaped his woodwork, and a love of Alaska born from a stint as a diesel mechanic in Kodiak. He’d been to Twin Lakes the year before to scout a location to build a cabin, and spent that summer cutting surrounding spruce and peeling the logs into rounds. Now, in 1968, he aimed to spend a year here in this remote reach building a home from nothing. He would keep daily journals and film his odyssey with a tripod-mounted camera.

“It was good to be back in the wilderness again, where everything seemed at peace...Beyond was all around me.”

“This was to be a more thorough and lasting examination,” he wrote. “What was I capable of that I didn’t know yet? Was I equal to everything this wild land could throw at me?”

He was, and then some. Using only local wood, he built a 12-by-16-foot log cabin with a gabled sod roof, a raised log cache sitting nine feet off the ground, and a combined woodshed/outhouse—all exclusively using hand tools, mostly with handles also made from local wood. His beautiful construction of the cabin, all caught on film, earned him a reputation as a remarkable craftsman with an admirable dedication to living simply on the land.

Proenneke merrily blew right by his initial year goal; he lived on Upper Twin Lake for three decades. From his tiny cabin dotted onto the vast landscape, he grew into an icon of the survivalist grit demanded by the Alaskan backcountry, and such a prolific writer and conservationist that many have called him a modern-day Thoreau. He practiced a strong wilderness and conservation ethos, evolving from sport hunter to subsistence hunter: he cataloged his determination to use all of an animal in his journal through the story of the only Dall sheep he ever killed, from eating the meat and rendering the tallow to using the skin for canoe seat covers). He eventually became a non-hunter, eating only what he salvaged from other hunters’ kills—or, when legal hunting plummeted after the area was designated Lake Clark National Park and Preserve in 1980, famously salvaging meat from a wolf-killed moose and sharing it with the park rangers who’d come to check on him. He believed that wildlife should not suffer for his presence, and recorded and spoke the sentiment vocally.

he grew into an icon of the survivalist grit demanded by the Alaskan backcountry, and such a prolific writer and conservationist that many have called him a modern-day Thoreau

Although he lived alone, Proenneke was far from a hermit. He talked to hunters, park rangers, fisherman, and, as his legend grew, the people who traveled to the far reach of the park to meet him. He stomped out runways in the snow for pilots in the winter who delivered his mail and the occasional groceries sent by friends. If Proenneke liked you, people knew, he invited you into his handsome cabin for a cup of tea. He was known to leave his door unlocked and unfurl a map on the table with a pin showing where he’d gone that day in case someone wanted to find him.

Proenneke became famous beyond the Alaskan bush when Sam Keith published One Man’s Wilderness: An Alaskan Odyssey in 1973 based on Proenneke’s journals. Proenneke died in 2003, the year before filmmaker Bob Swerer turned Proenneke’s footage into Alone in the Wilderness, a documentary put to narration with Proenneke’s words from his journals. The journals themselves—250 yellow-lined pads in all—were published in a series of volumes starting in 2005.

“It seems a shame for eyes to be shut when such things are going on,” Proenneke says as the 1968 sun rises over the untamed country in Alone in the Wilderness. “I don’t want to miss anything.”

“It seems a shame for eyes to be shut when such things are going on,” Proenneke says as the 1968 sun rises over the untamed country in Alone in the Wilderness. “I don’t want to miss anything.”

It’s a fitting sentiment from a man who life lived beautifully, ruggedly close to the land of his choosing. 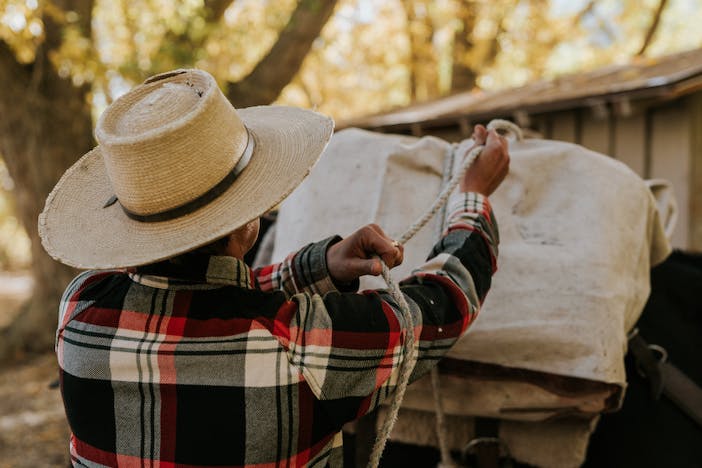 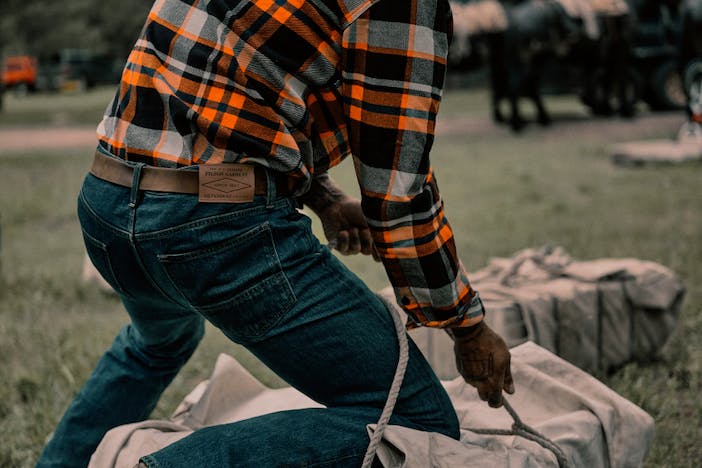 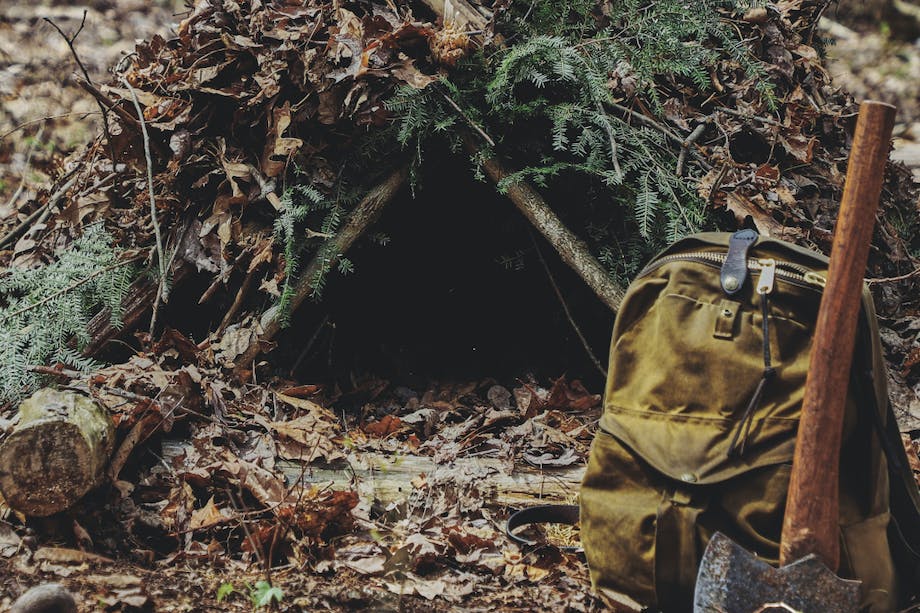 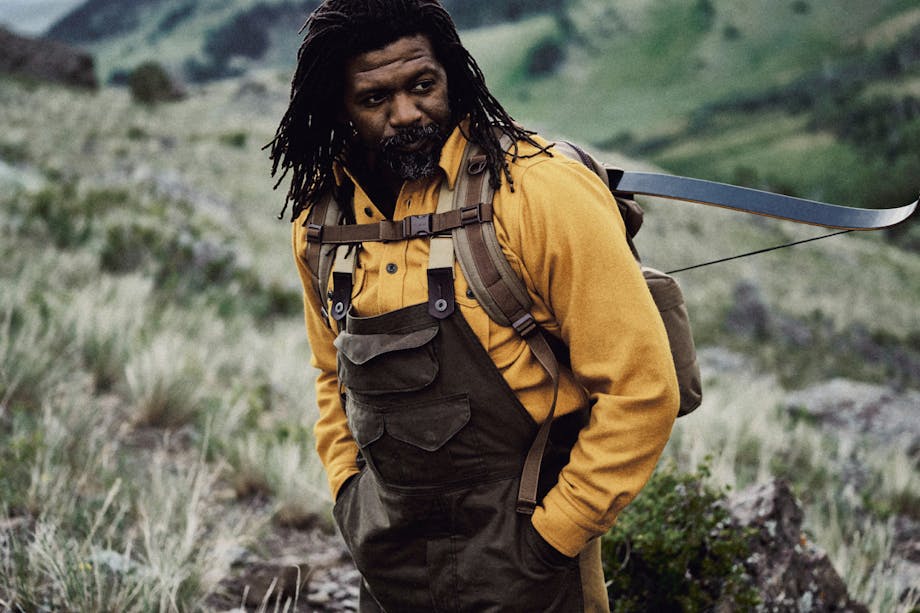 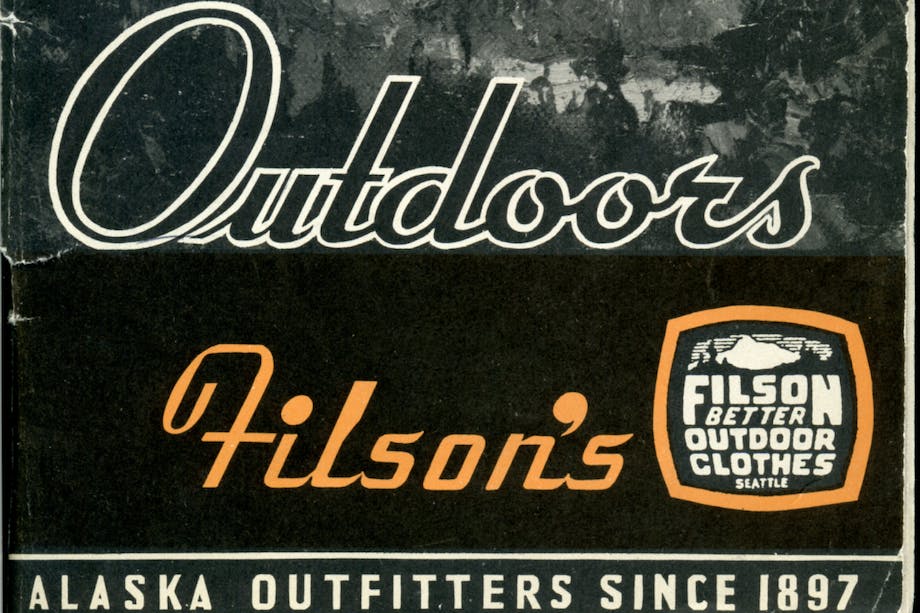