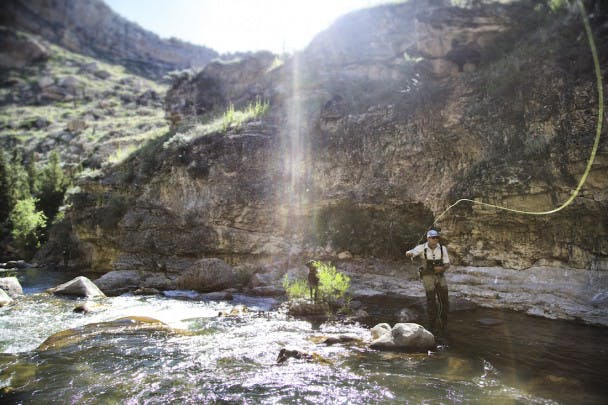 Photography by Michael Cevoli. Michael is a commercial and documentary photographer. A graduate with honors of both the bachelor’s and the master’s program at the Rhode Island School of Design, he lives in southern New England.

Words by Grant Smith. Born in Butte, Montana, raised in the prairies near
Conrad, Montana, and pursued his secondary education in Rhode Island. He
has worked as a small-town newspaper editor, a commercial fisherman, and a
farm hand.

Mike Cevoli and I have always embraced the harsher aspects of life. This shared pursuit of adversity formed our friendship. During late night conversations in dank Rhode Island bars we bonded over tales of personal failures and shared anecdotes of friends who eschewed common comforts. We admired those who willingly participated in the peripheral class of society. 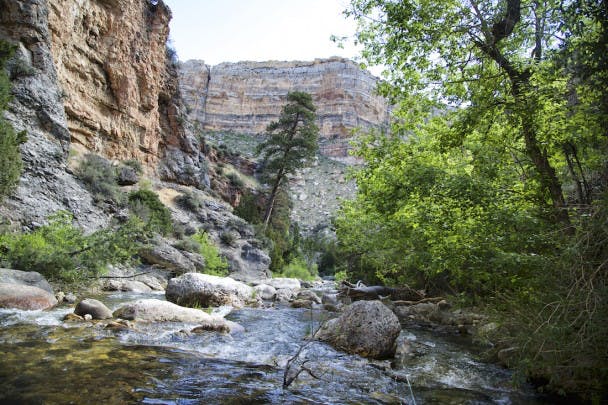 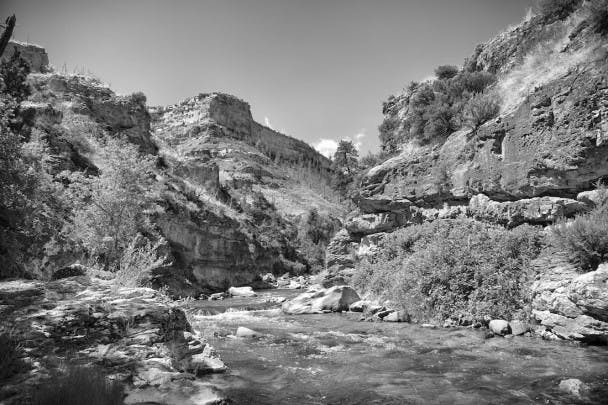 Hardship should always be a welcome companion. It existed to teach. With this mindset, the good things in life became even better, or so Mike and I believe. The scarcity of ease makes moments of relaxation especially profound. Good friends, also, became very important.

When Mike called and said he was coming to visit me in Wyoming I knew where I would take him. We would go to a place outside Kaycee, Wyoming. An area with a landscape that accurately reflected our shared life philosophy. 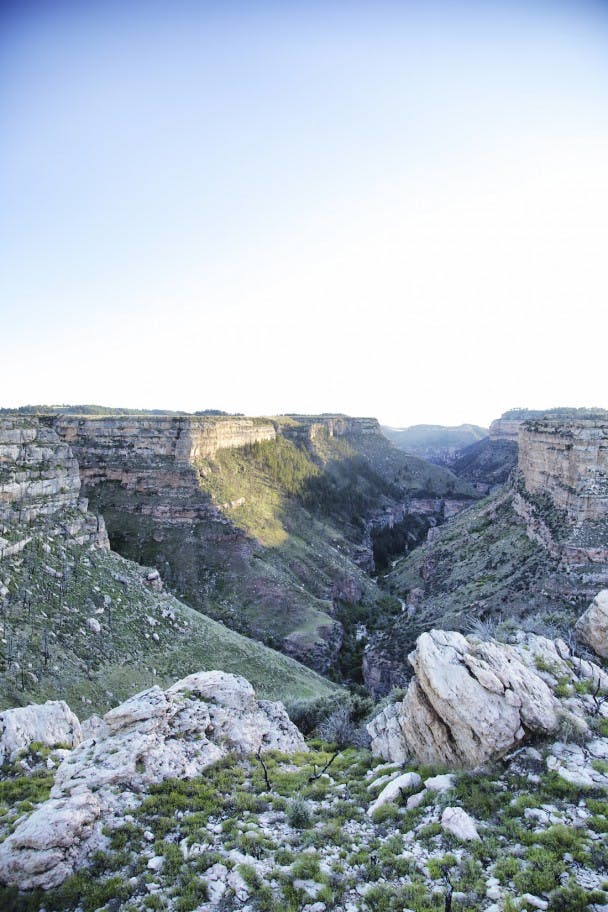 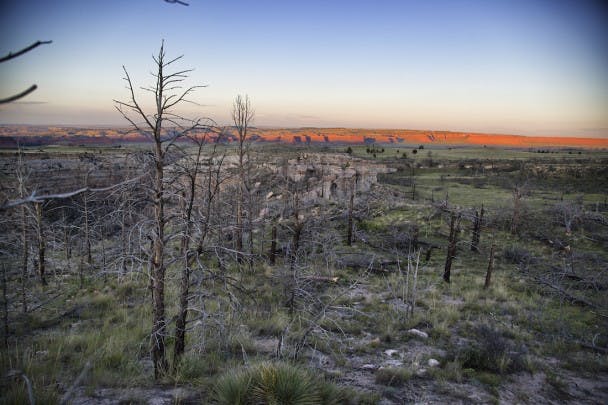 I met Mike at the Denver International Airport. Immediately we raced away from the polish of the city. Outlet stores turned to subdivisions and subdivisions gave way to sage grass. We crossed into Wyoming and drove 244 miles before exiting the interstate and taking a left. Mike appeared incredulous at my ability to select a fly fishing location. I could read his mind as he peered through the cracked windshield of my truck, straining to spot something besides arid plains.

“Trust me” I said. “There’s an Eden here that very few have the patience to seek.” 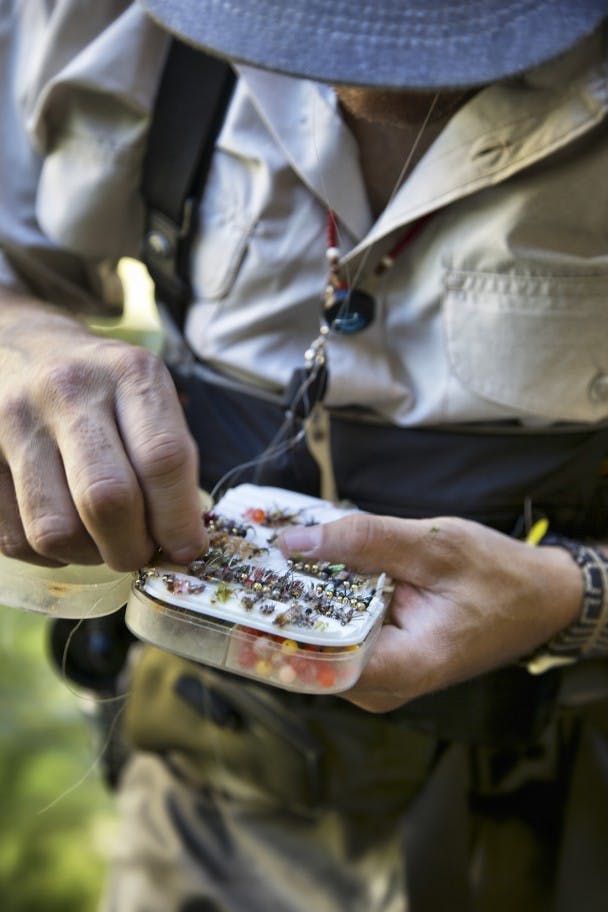 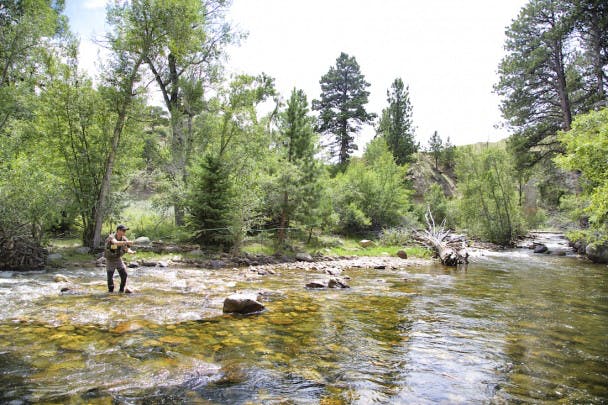 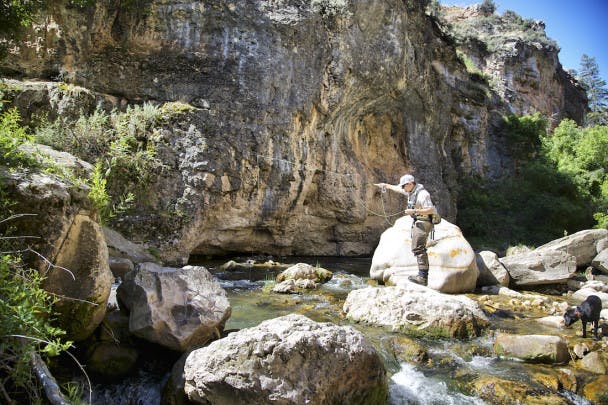 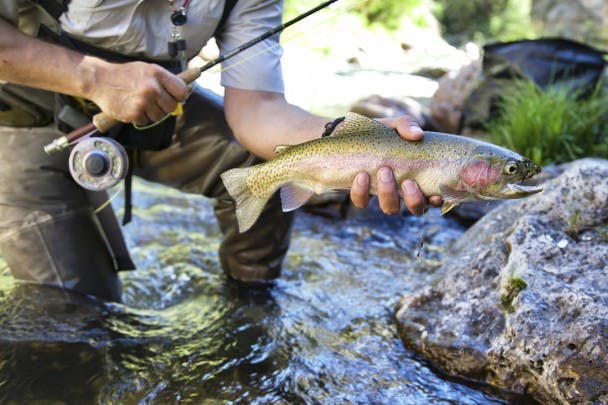 Cell coverage quickly disappeared. So did the pavement. The tire ruts grew deeper and, save a few antelope, no one bore witness to our travels. A sign announced that we were near the community of Barnum and stated that we were now on “Barnum Time.” It was unclear whether this was a caution or a celebration. Regardless, we took off our watches deeming them irrelevant.

Soon a grand wall of Red Sandstone rose out of the prairie. The rock coruscated in the late afternoon light and began to build a perimeter as we crept onward. I stopped the truck. Mike got out his camera. The only sound was the wind. 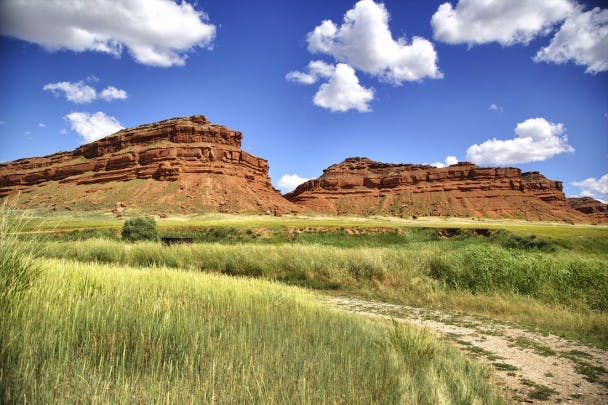 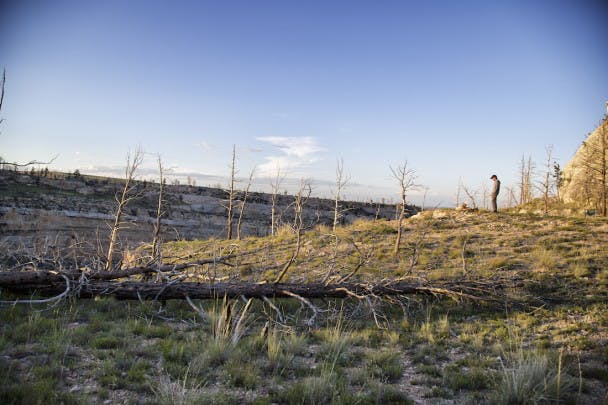 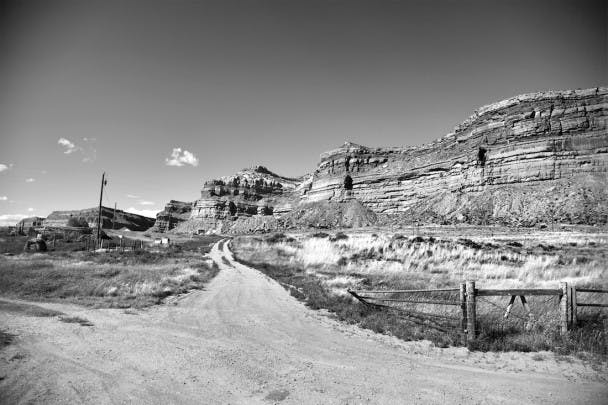 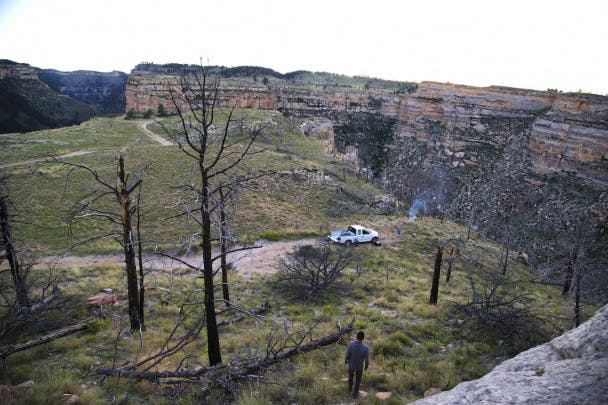 The road continued to wind its way through a Wyoming-style steppe covered in sage. A sign appeared warning that the road proved impassible in three miles. A mile more and we were at the campground. A half dozen or so camp sites perched at the edge of a wide canyon. We parked, walked to the edge, and looked down.

Sometime in the 1890s Robert LeRoy Parker, widely known as Butch Cassidy, came across this canyon. It is believed that Cassidy and his Wild Bunch sought refuge in a cave located at the canyon’s base. They barricaded the front of the cave and stood guard against those who wished them ill. In front of the cave stands an Edenic ecosystem. The emerald waters of the Middle Fork of the Powder River transect a thin strip of lush green foliage. From the high canyon edge the beauty at the base beckoned mightily. 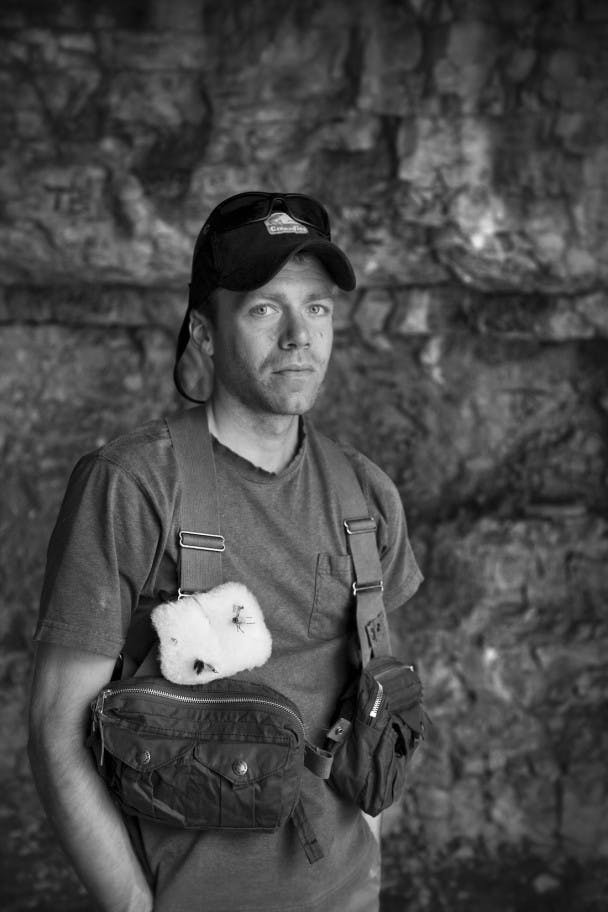 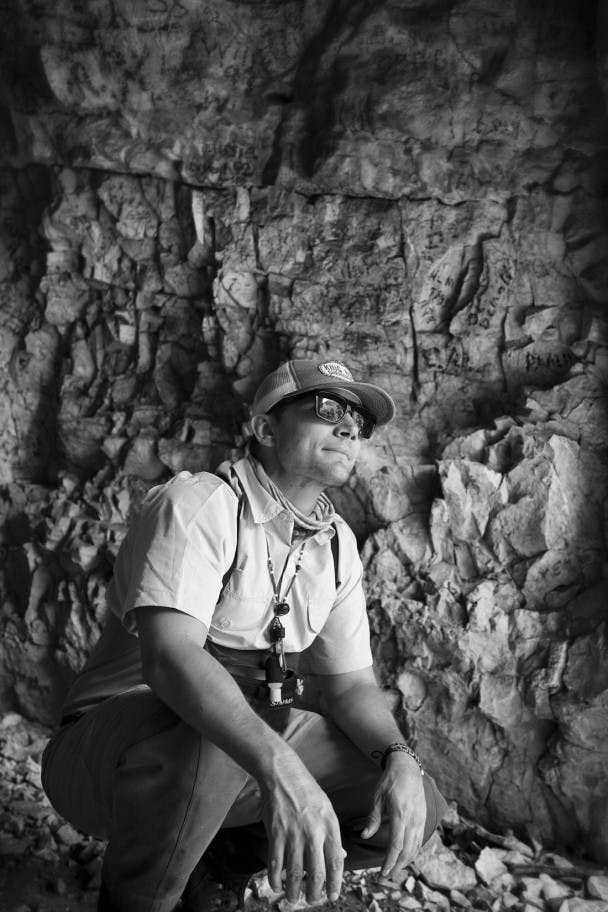 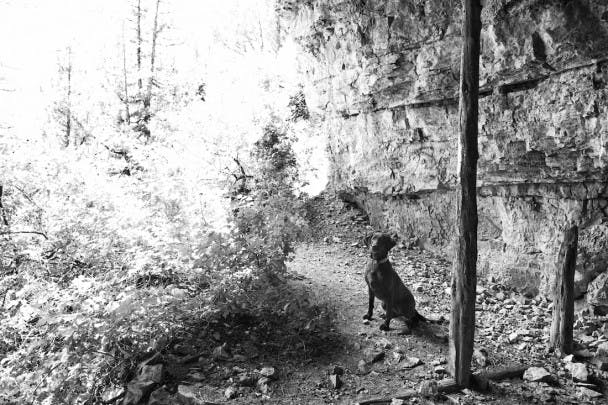 Mike and I resisted the call and built camp in the fading light. We made dinner and didn’t talk. When a conversation finally grew around our campfire it was about our own wild bunch. We wondered whether society would ever celebrate the actions it currently condemns. Sitting under the stars that night it did not seem like time had driven much of a division between us and Butch. 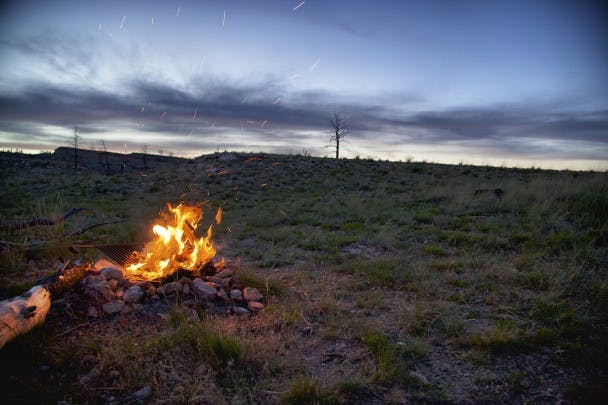 At first light we gathered our gear and began scrambling down a scree slope. In less than a mile the rock transformed into soft soil. A pine canopy began to filter the early morning light. At the river’s edge I tied on a hopper and, 18 inches of tippet later, a nymph. I began walking from boulder to boulder searching for the first hole. Within two casts I had my first fish. It was a beautiful brown trout. It was wild and smart and did everything it could to avoid being brought out of the water. Every fourth or fifth cast produced a similar result. I suddenly became aware off my surroundings and looked over, noticing for the first time that Mike was standing nearby. He gazed up to the top of the surrounding escarpment. We both understood that the predominate harshness amplified the thin beauty we currently enjoyed.

The moment reaffirmed our life decisions. We both knew we were in the right place. 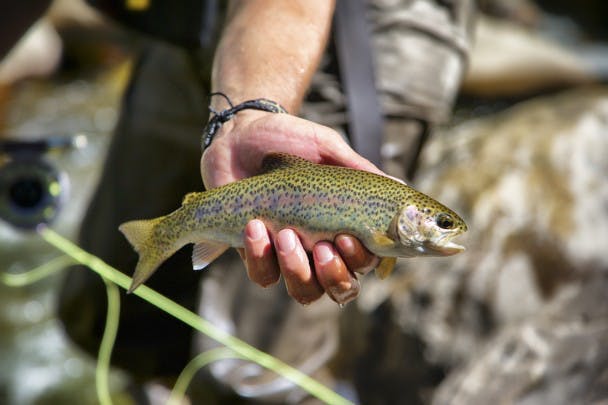 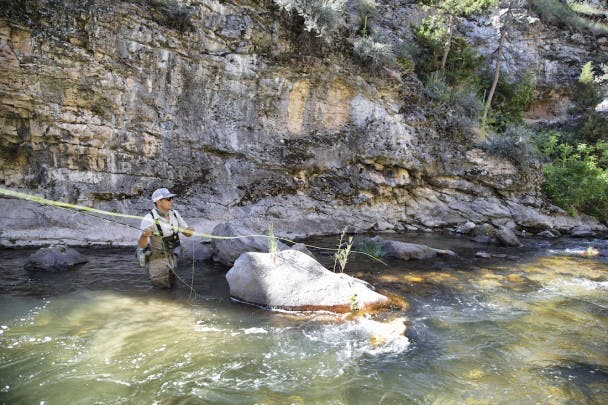 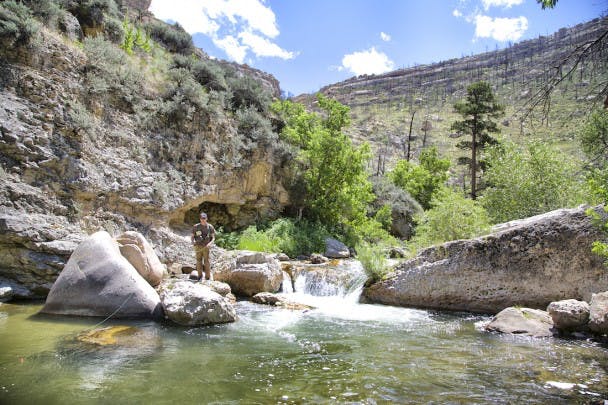