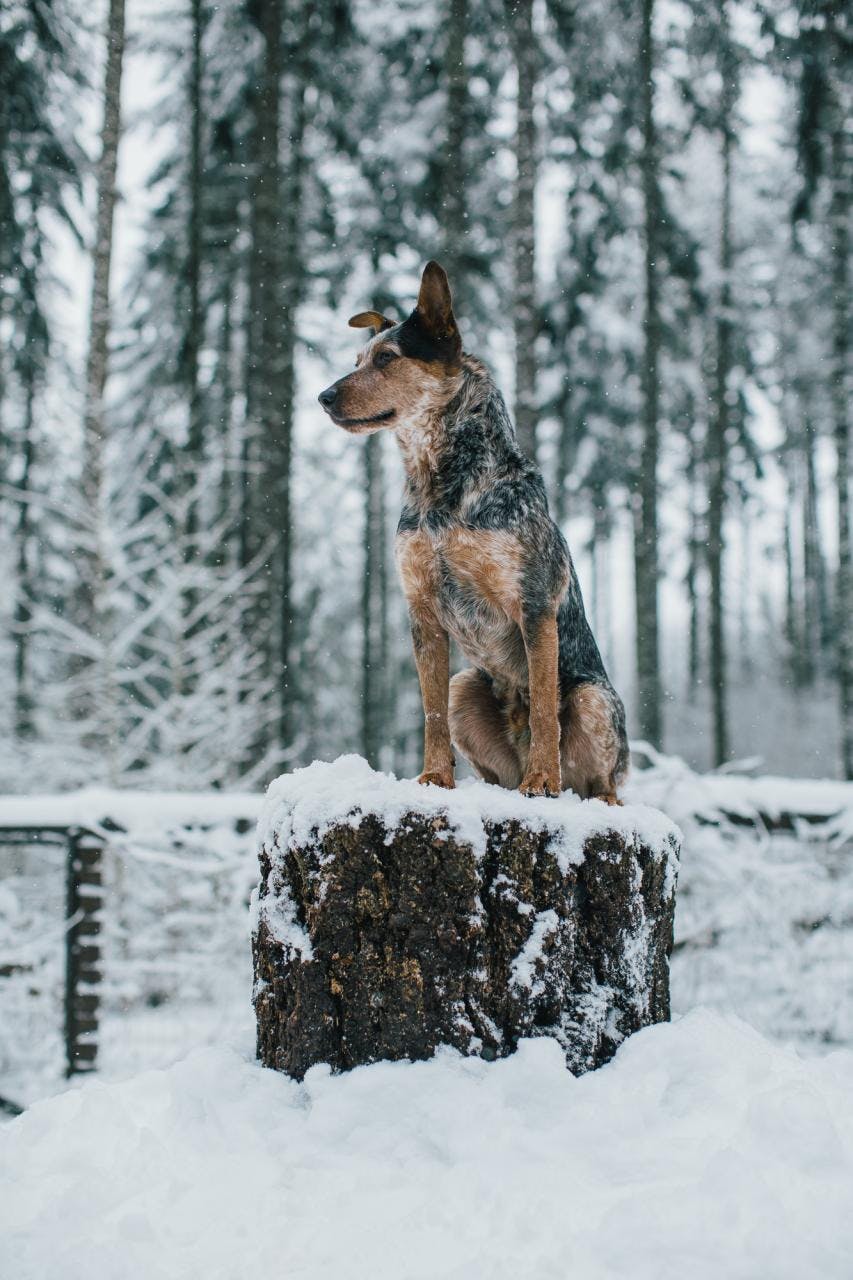 In the freshly snow-blanketed Pack Forest of Eatonville, Washington, we spent the day with the team at Conservation Canines exploring the facility they call “home base.” The dogs at Conservation Canines are not your typical pets, with their intense drive to play often misunderstood as stubbornness. The biologists at Conservation Canines harness this energy by using the dogs strong sense of smell and retrieval skills to non-invasively collect scat from endangered animals, sniff out toxins and find specimens easily overlooked by the human eye. Dogs that may have been once unfit as pets now rehabilitate ecosystems.

We sat down with Conservation Canines Lead Instructor and Director of Field Operations, Heath Smith and team members Suzie Marlow and Jennifer Hartman to discuss the program, trials and gratifications of working with a team of 21 scat-sniffing rescue dogs.

How did Conservation Canines start?

Heath Smith: In 1997, Dr. Samuel Wasser, Director of the Center for Conservation Biology at the University of Washington and the Conservation Canines program was working on Baboons in Africa. Throughout his research, he realized that scat provided a lot of hormone data. He came back to the States and at the time they were outlawing the use of dogs for hunting cougars and bears so he thought, “What could we use all these dogs for?” Dr. Wasser approached the hunting community and they suggested the use of drug dogs. Our first dogs were actually dogs that had failed the Department of Corrections training. From there we kept building. Now we have 21 dogs in the program that work all over the world. 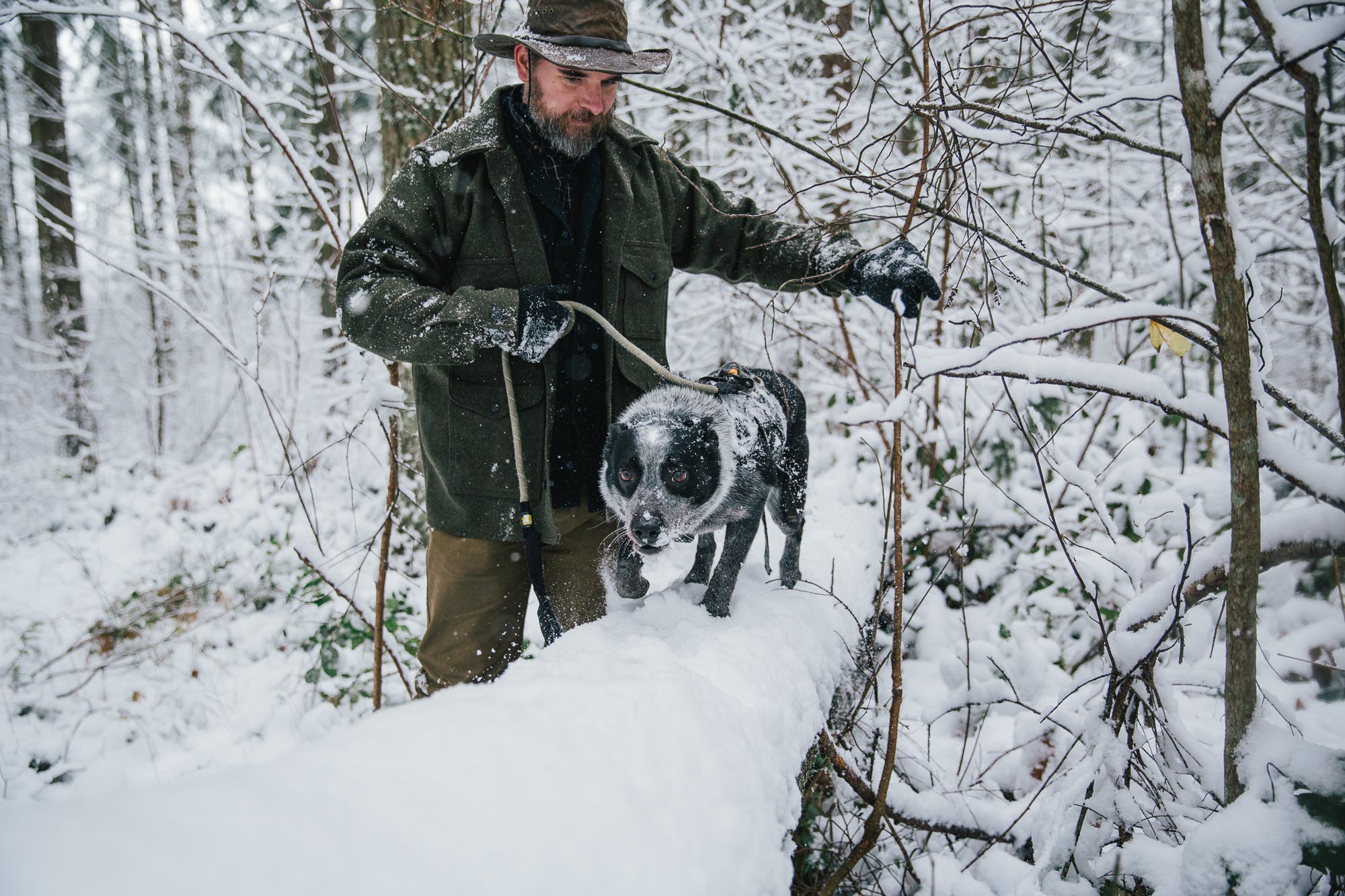 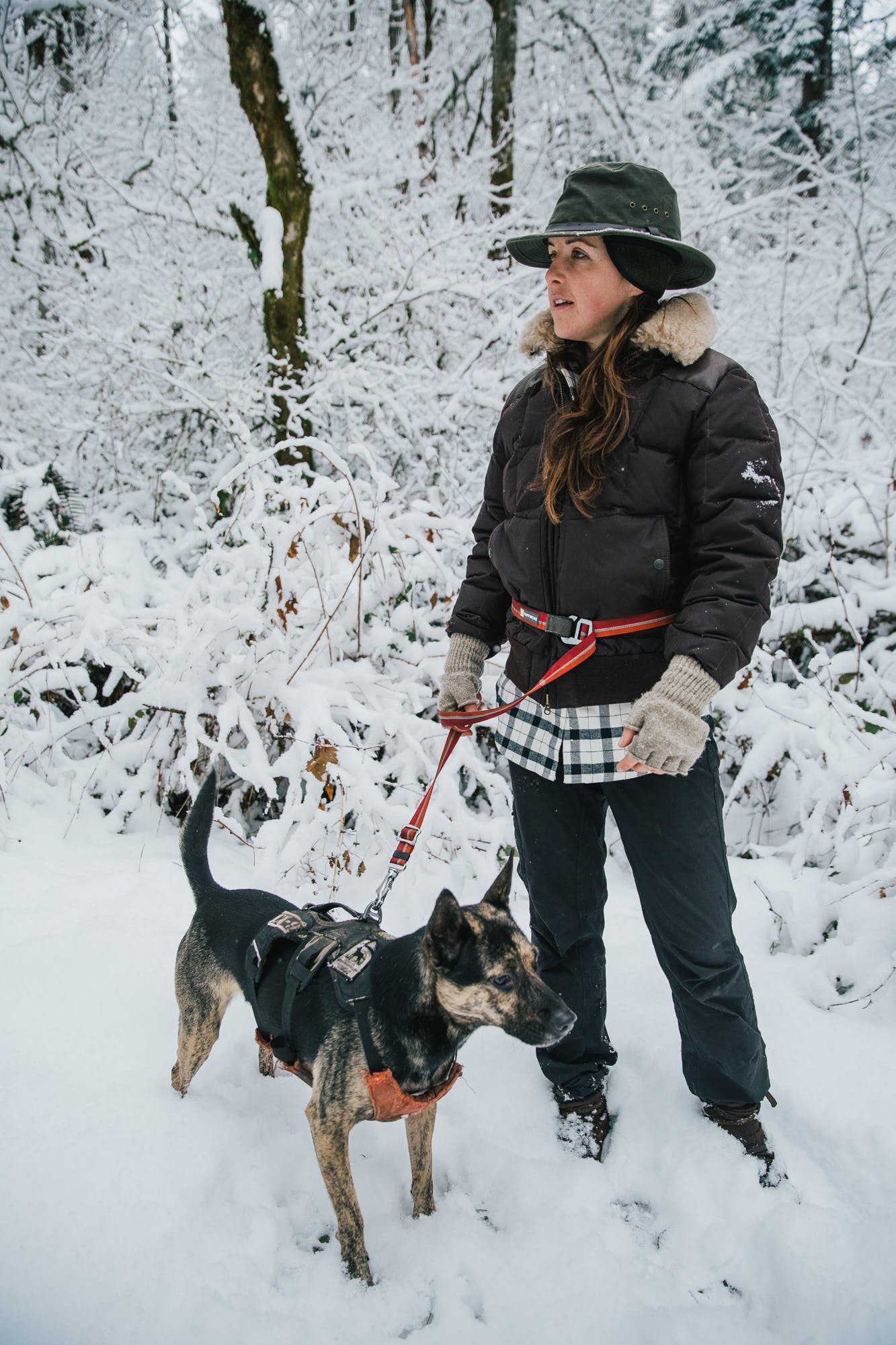 Where do you find these dogs? What do you look for?

H: We primarily get our dogs from shelters, rescues and Humane Societies. We are looking for the dogs that can’t be a pet. They’ll eat through your couch; they get aggressive because they don’t get out enough. Due to more publicity, we tend to get owners calling us about dogs that shelters won’t even accept. We get a lot of dogs that are at the end of what they can do. We bring the dogs here and give them a second chance. It really works out for us too. They do exactly what we want them to do. They go out in the field and run 20 – 30 kilometers a day and burn off all that energy that gets them in trouble and they become better dogs. 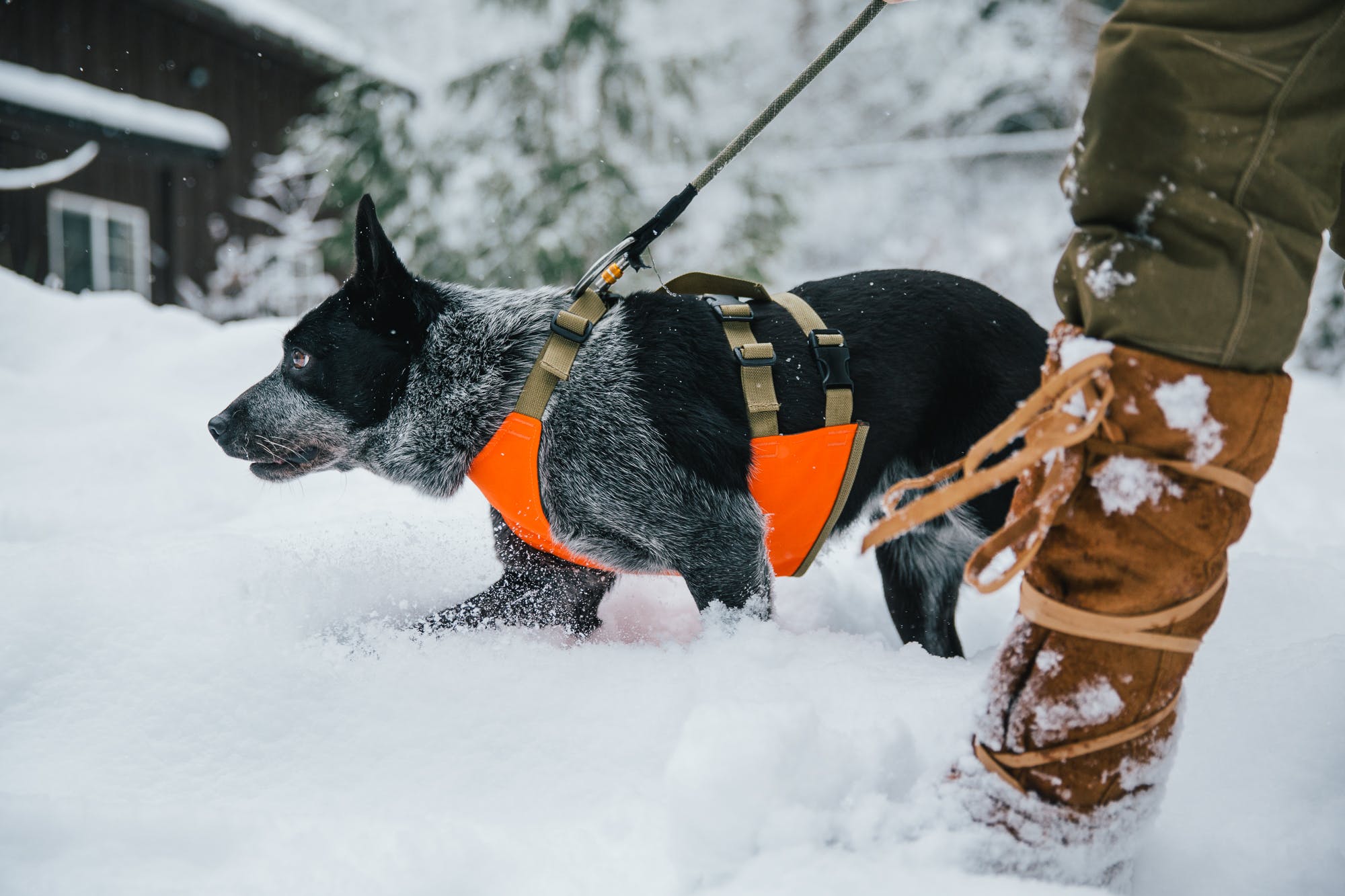 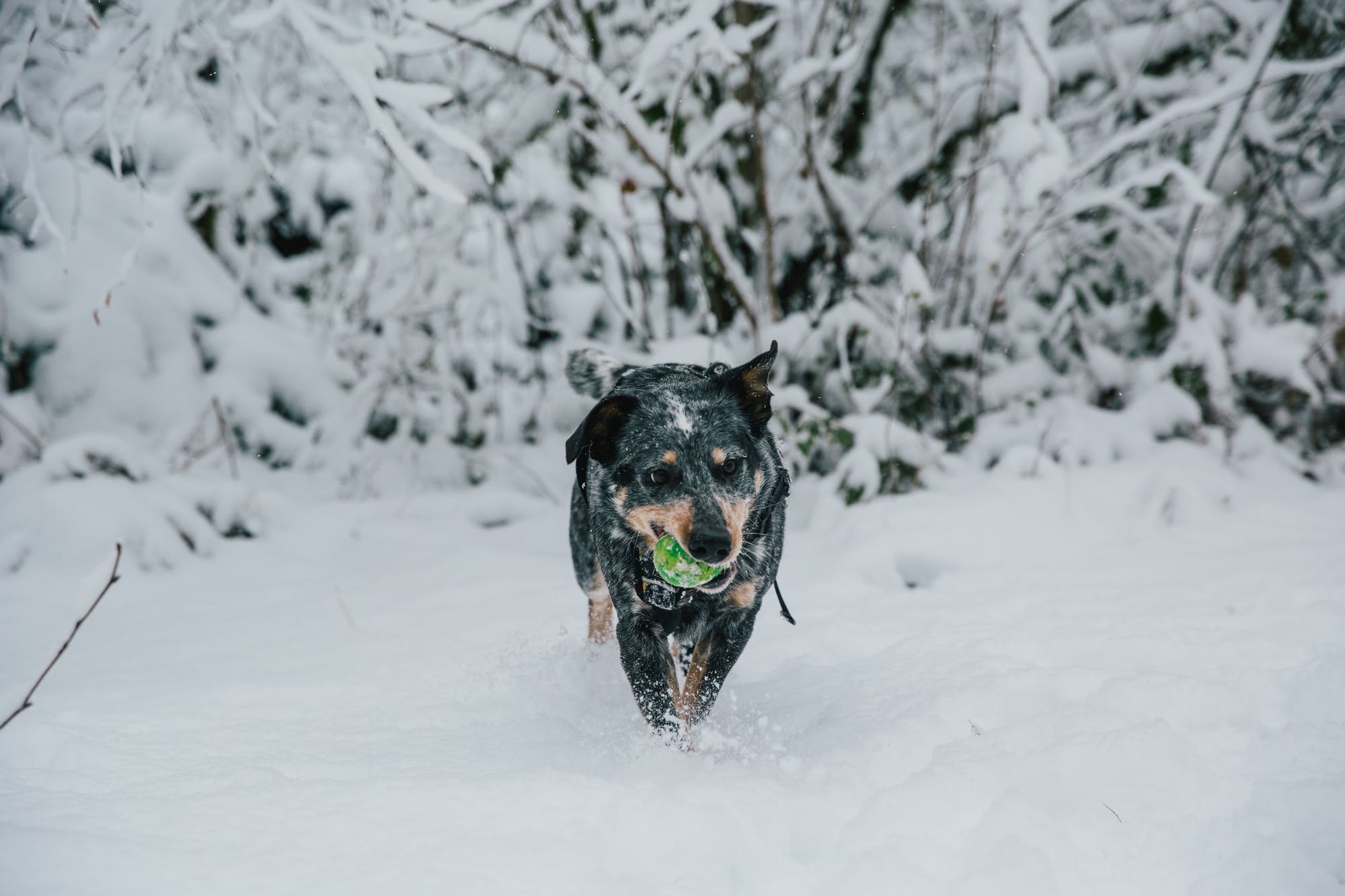 So when you’re looking through a Humane Society for example, how do you identify the right dog for the Conservation Canine program?

H: That’s a good question because often people will call us about a dog that isn’t the kind of dog we are looking for. When we walk through a shelter, we will take a tennis ball with us and see who wants to play ball. If you walk through and you see a dog bouncing up against the gate, itching to get out, that’s probably not the dog we want. The dog we want is going to actually look very calm. They are probably sitting and not moving but if you look at them closely, they are shaking. They are sitting because often people have trained them that if they sit, they will get the ball. Those are the dogs that have this built up drive to play fetch non-stop. 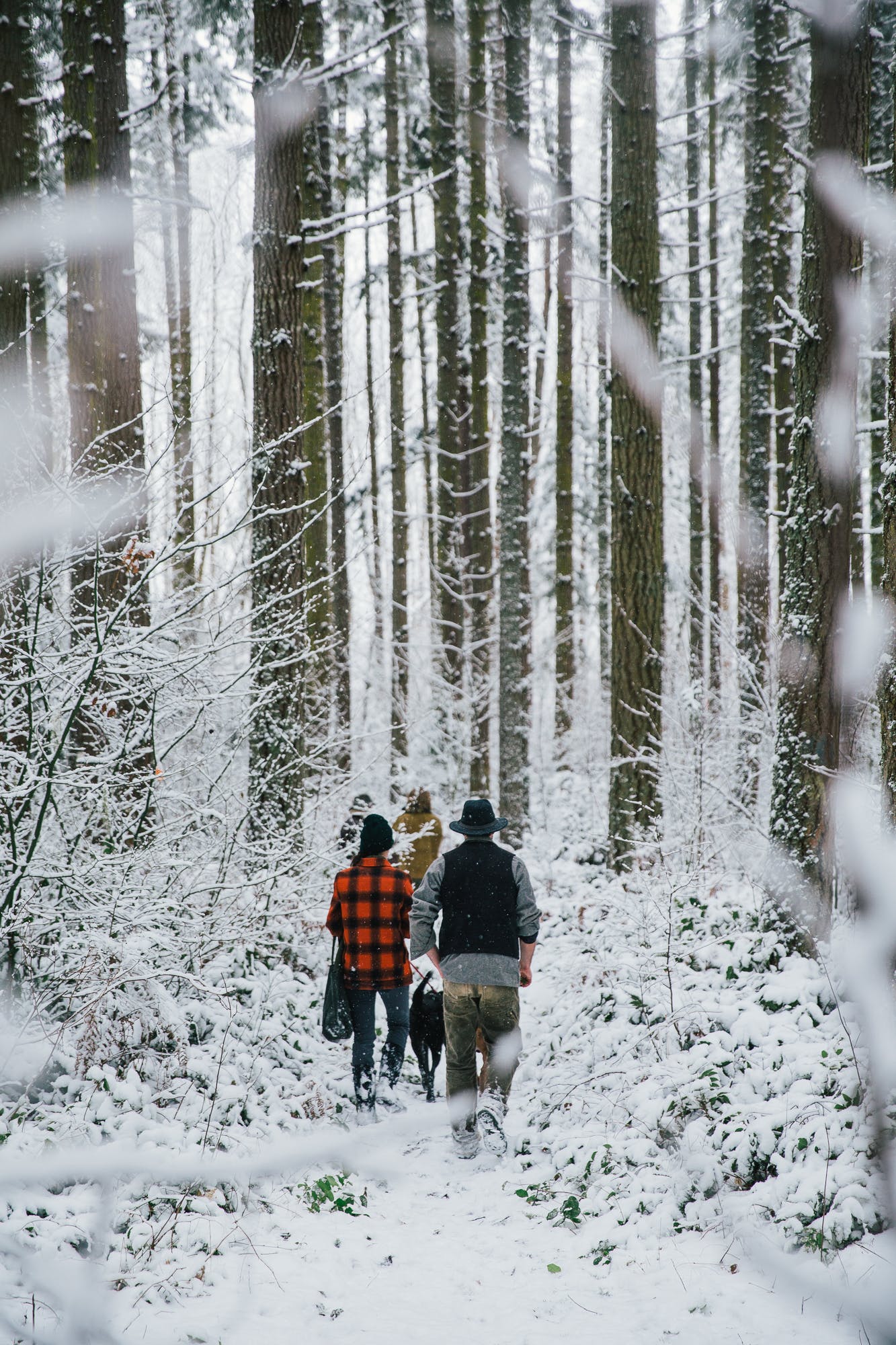 What brought your canine facility and team out to the Pack Forest?

H: As Conservation Canines was growing we wanted to find a place while teams weren’t in the field that the dogs could have as a place to live, socialize and exercise. Pack Forest was great for that. There are 4,300 acres for the dogs here. It’s the perfect location.

Suzie Marlow: When we started, the dogs were living in cars with their handlers when working in the field. Having a permanent place was a huge step-up for everyone working here initially. 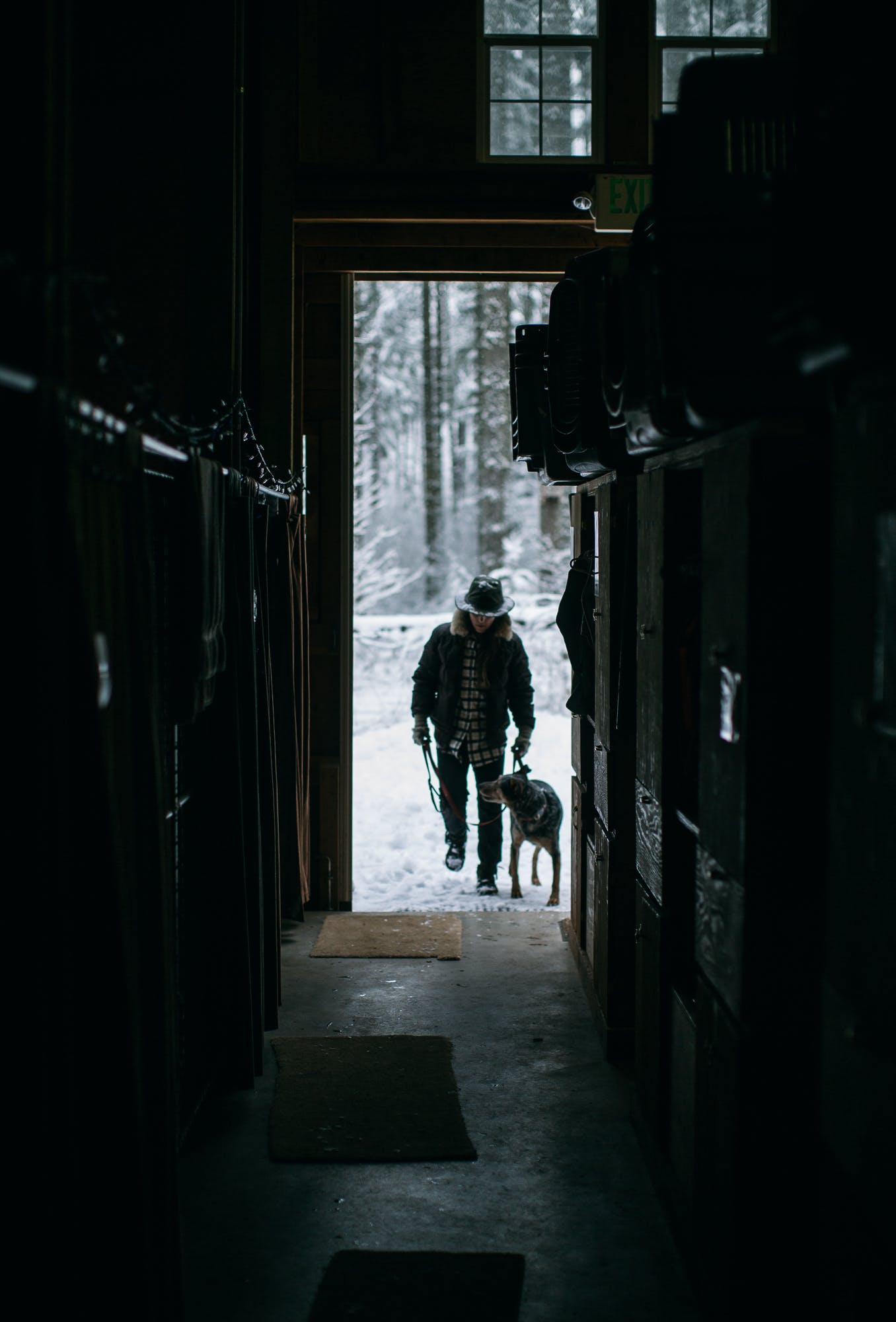 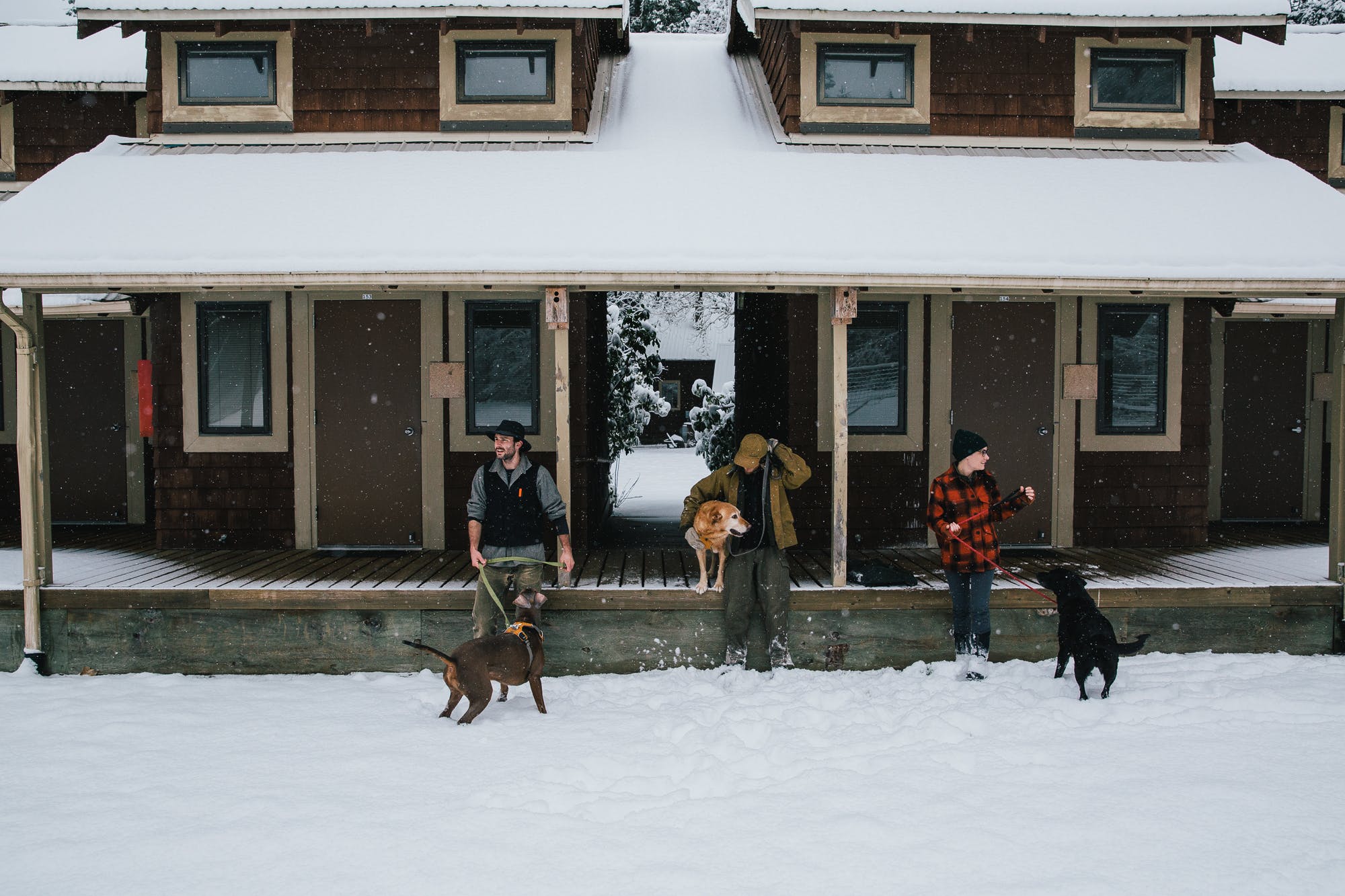 There is a lot of age diversity in your dogs at Conservation Canines.

H: The youngest dog we have here is about a year and a half. Our oldest dog is somewhere around 13, maybe older. We lose track of time around here.

S: The dogs can work as long as they are healthy in the field. The moment their health is compromised, then they generally retire. At that phase, they usually have more of a couch desire than a ball desire. Some of our dogs are still going strong at 13. You can tell the difference between a newer dog and one that has been around for a while. They kind of know the tricks of the trade.

H: As the dogs get older, they can work in our education program. While they can’t do a full day of work in the field, they will go and do demonstrations at schools. We have retired a few dogs that we felt were getting older but eventually had to go back out into the field. 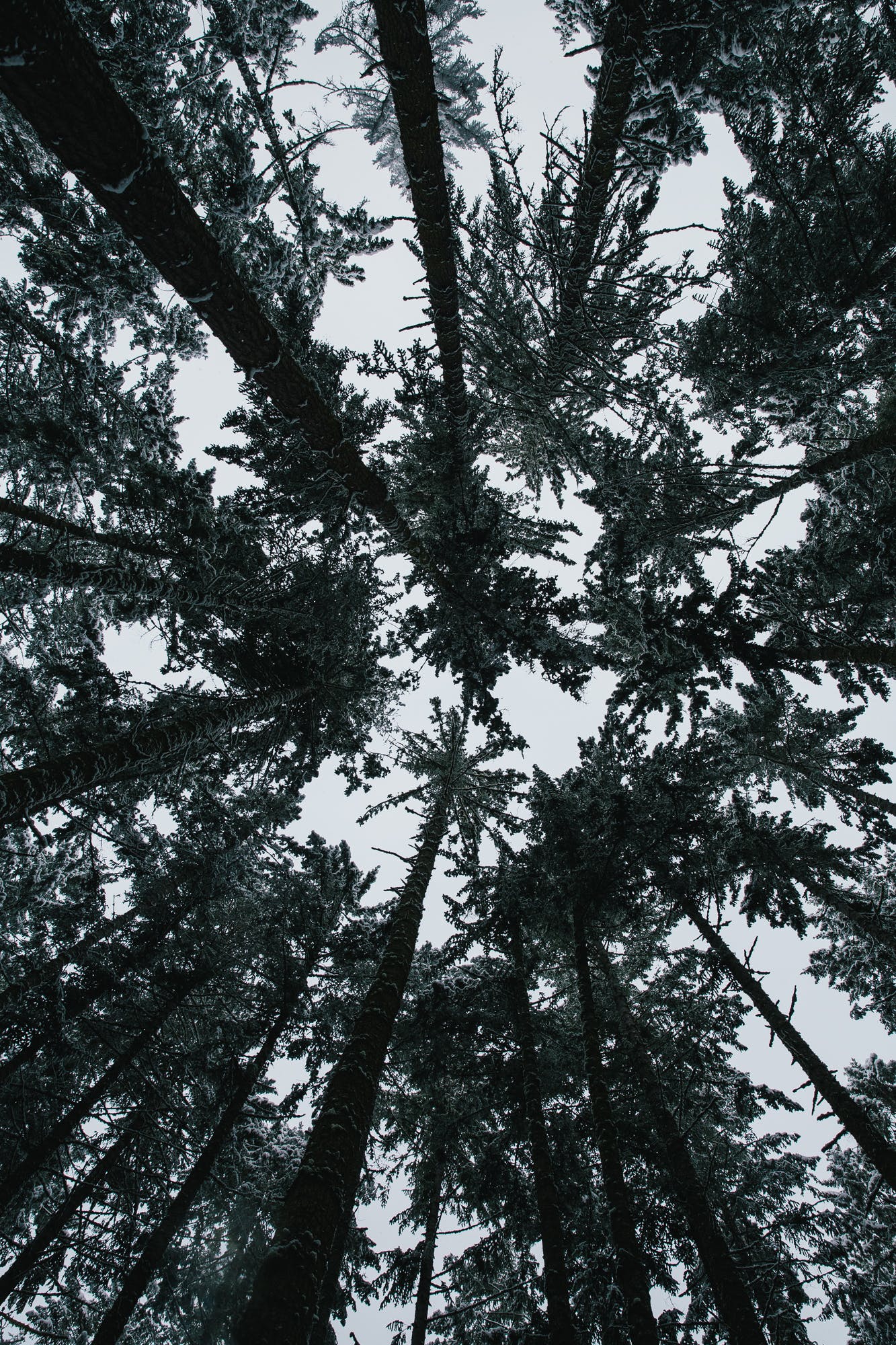 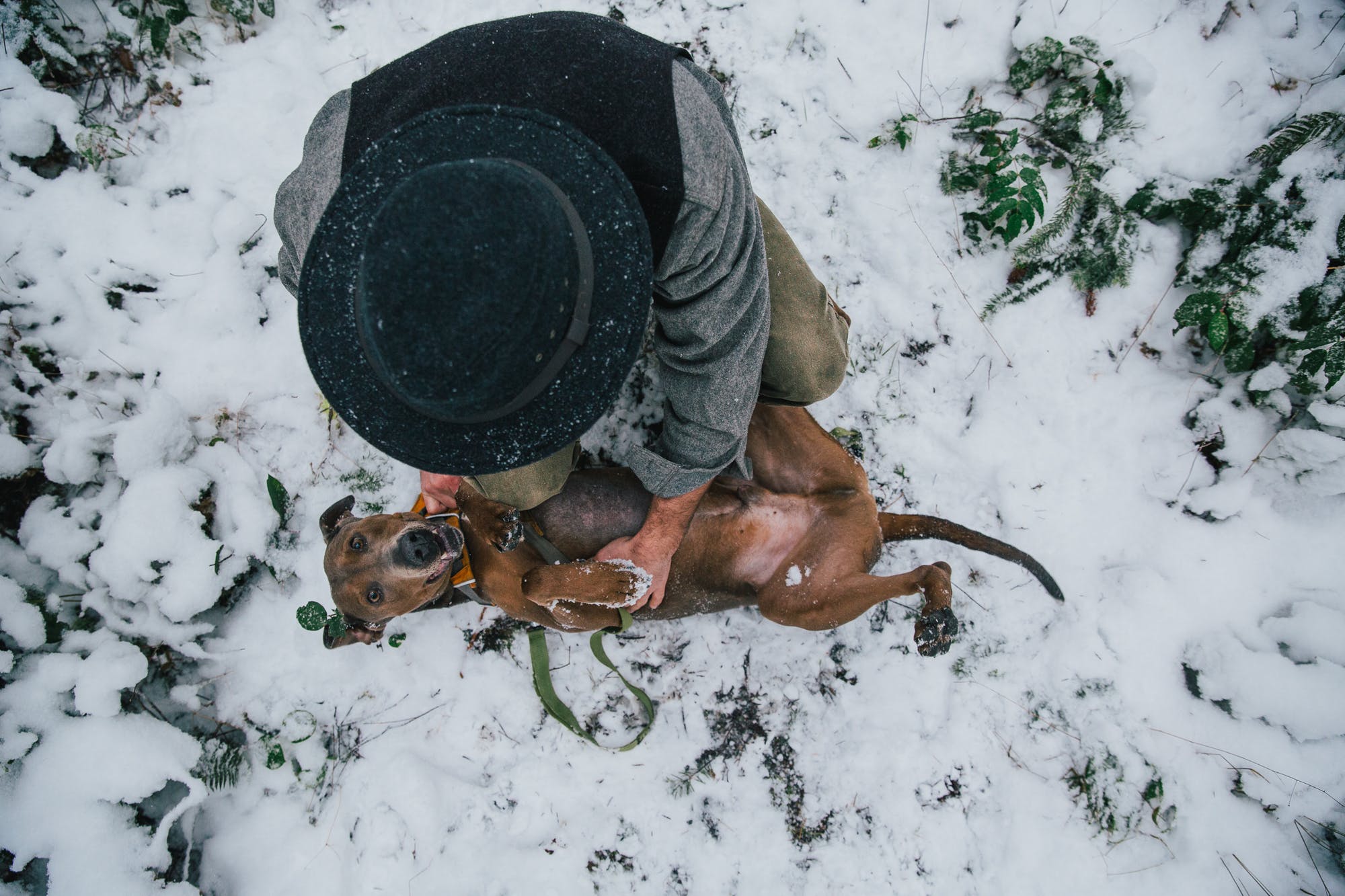 Can you tell us a little more about the difference between the training your dog’s experience versus handler training?

H: The training for the dogs is very simple because so much of the process comes down to selecting the dog. We have literally thousands of dogs across the United States to pick from and we are able to narrow that down to certain characteristics we’re looking for. That could be the build, weight, and of course drive for playing ball. Once they come out to the Pack Forest facility, if they have this drive to play ball, we just match the ball with the odor we want them to find. It takes about half a day. They realize if they find that scent, then they will get to play ball.

From there, it’s just getting them out in the field and used to noticing commands and body language. Some of the dogs we could just go to work with right away, almost straight out of the shelter. 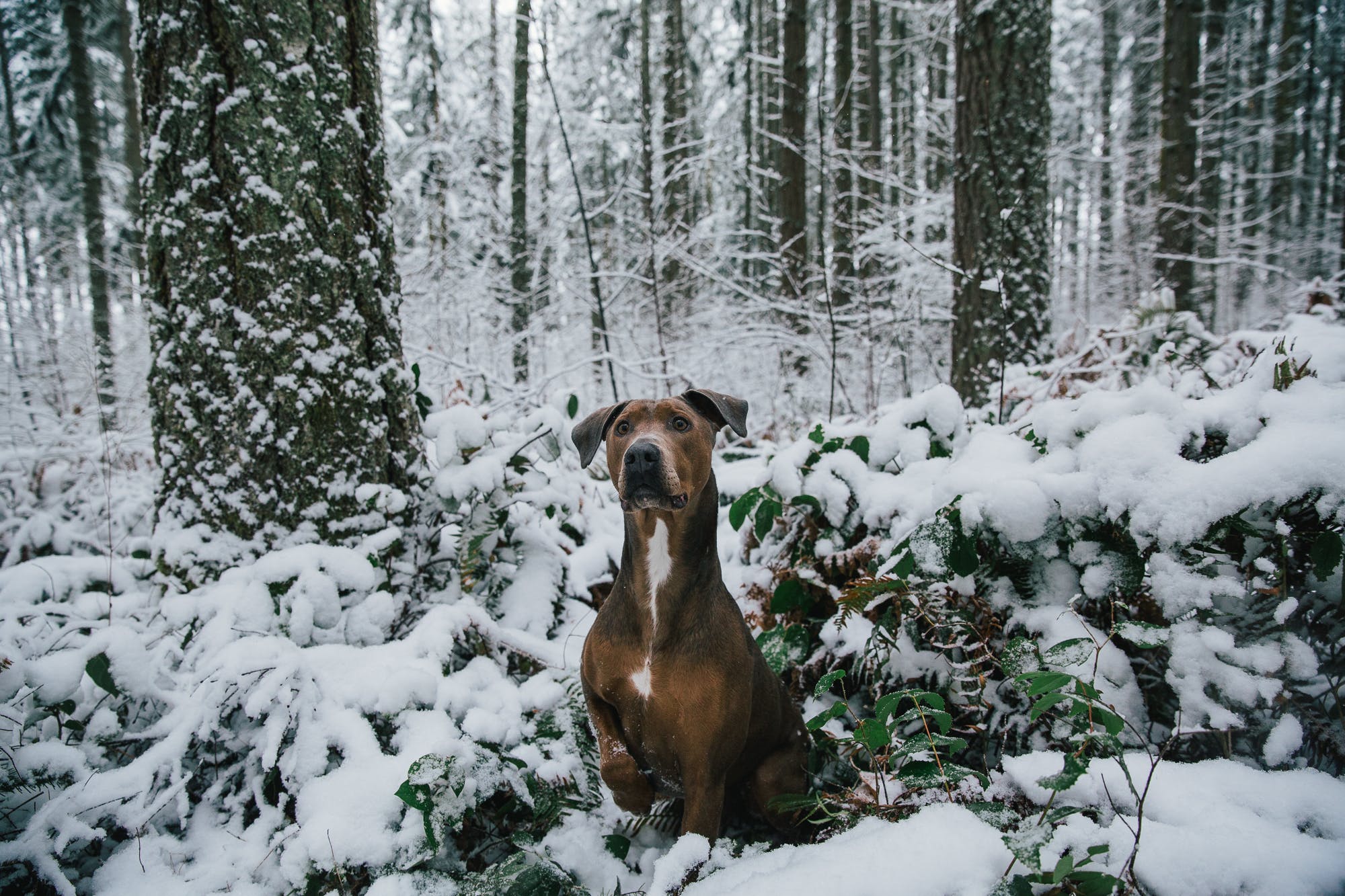 H: Handlers are a completely different world. It takes months, years. Handlers will come to the Pack Forest for a month-long class and a lot of that is getting them out in the woods and seeing if they’re going to “lose it” or get lost. We look at their work ethic, and how they interact with their coworkers – both human and four legged. 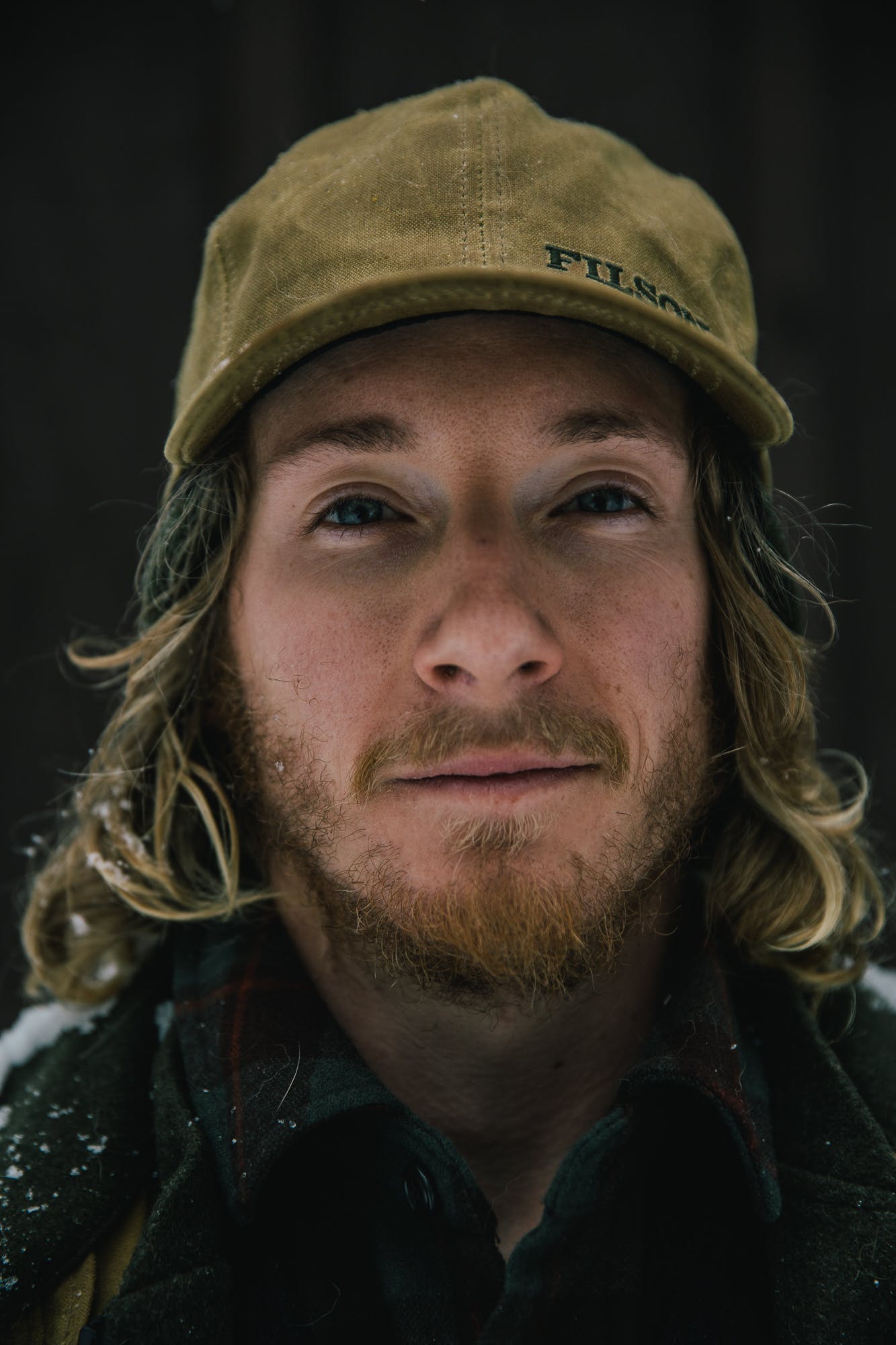 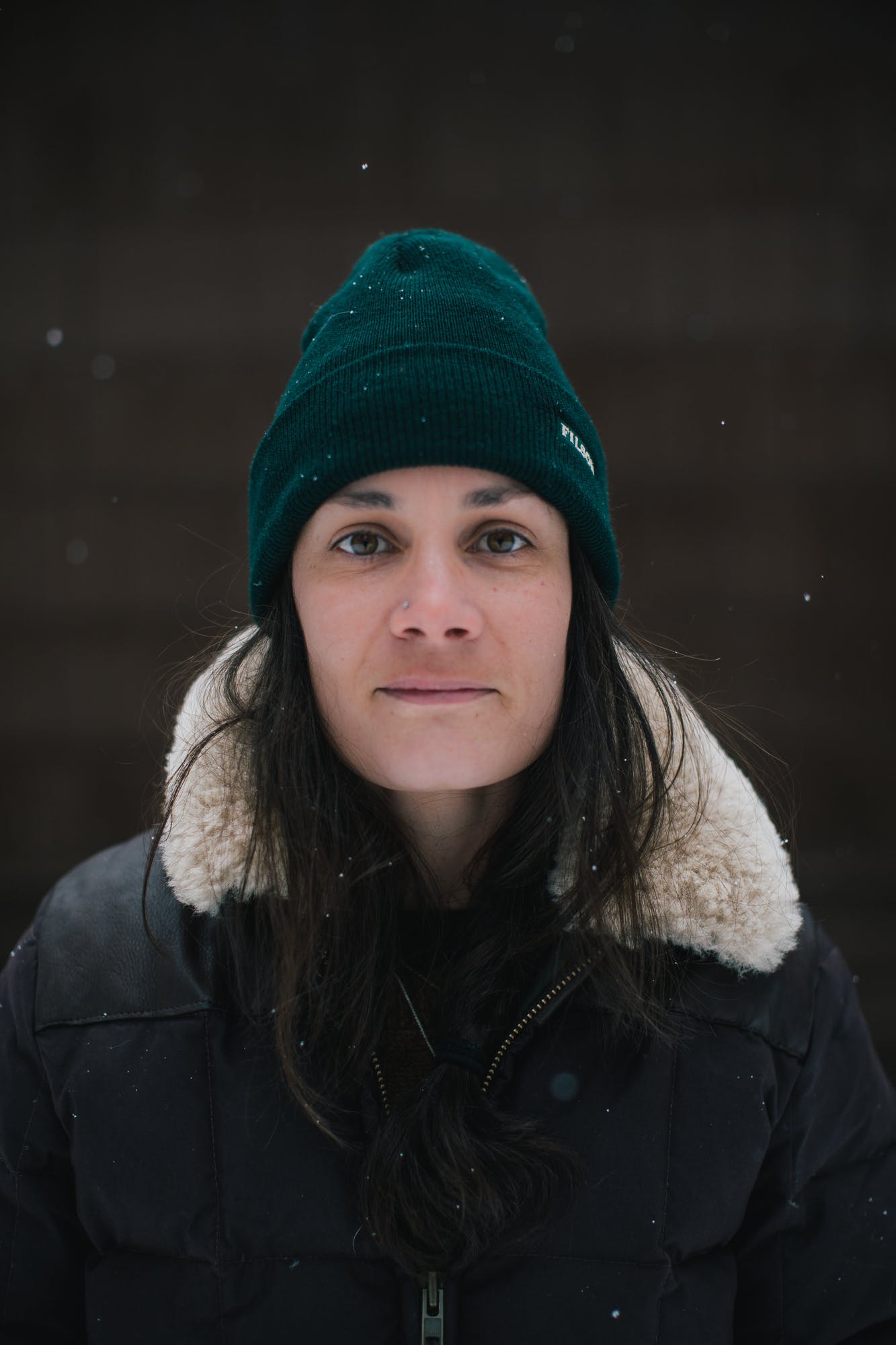 S: One of the identifying difficulties in the field is moving through certain terrain and interpreting what the air or the odor would be doing. Your dog could be exhibiting a certain behavior and you need to help provide guidance to help them figure out what they are sniffing. When you are working in the field, you are constantly assessing your environment and the health of your dog to make sure they are working at their optimal level.

For training in particular, there is no black and white. A lot of people will expect that there is a manual on how to train or work with a dog. That was one of the hardest things from my point of view. I couldn’t just come here and learn “A+B=C”. Everything was, “it depends.” All the training that happens here is a great foundation but ultimately, being in the field and having the opportunity to watch a team in action and make those critical decisions when necessary is the only time when you can truly gain that skillset. It’s very interpretive. 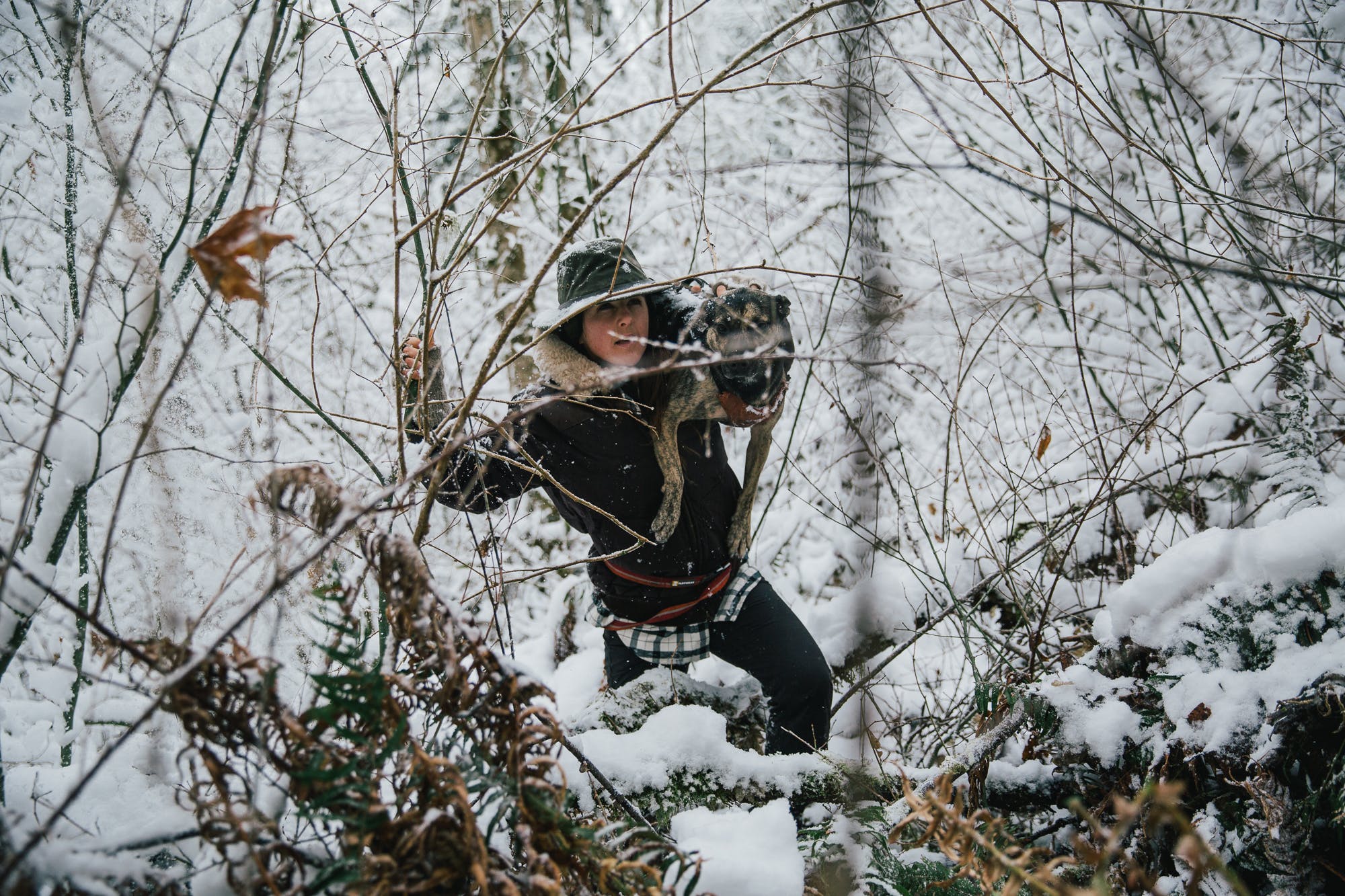 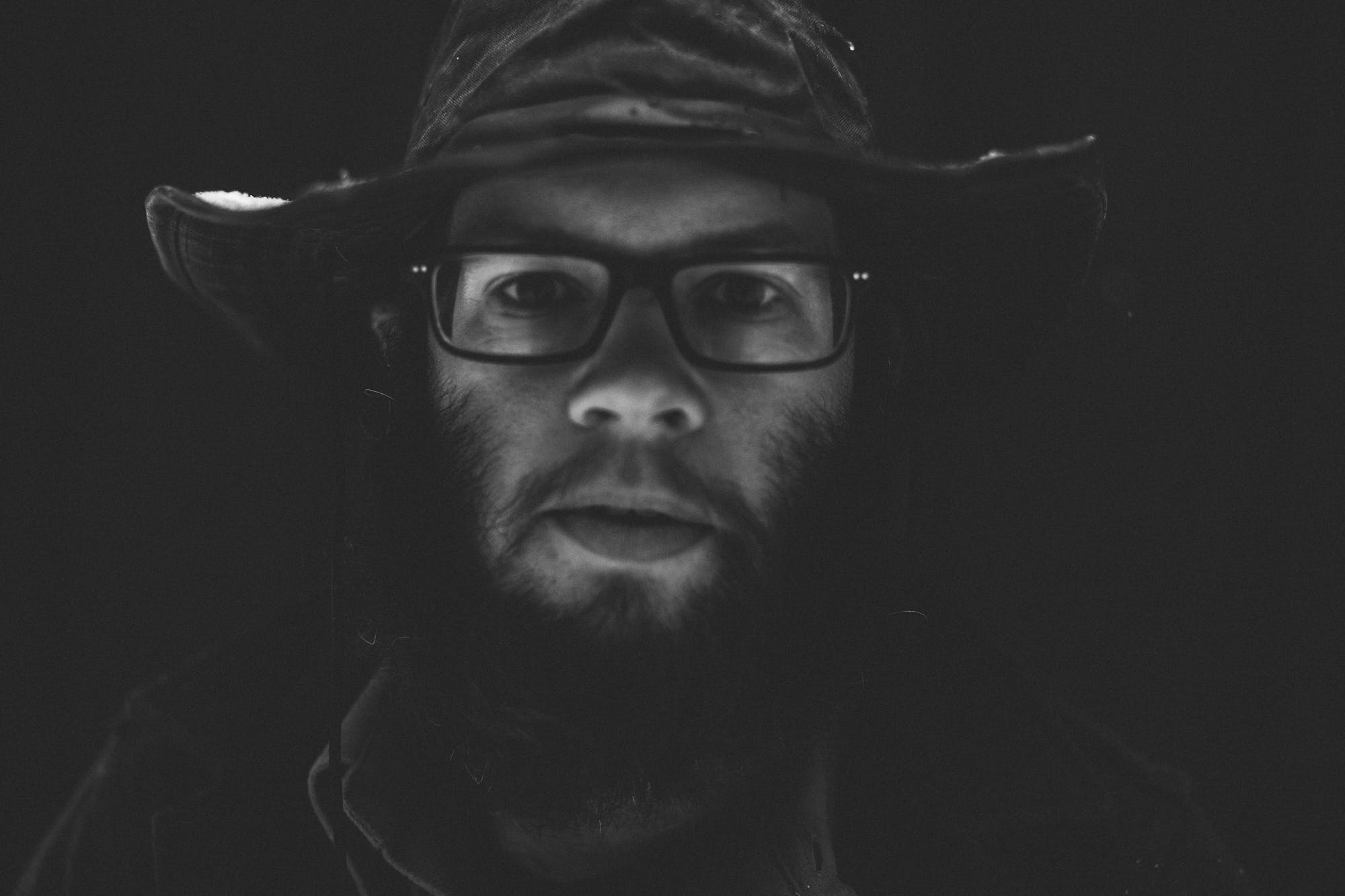 How do the relationships between your handlers and dog’s differ from other organizations using canines in the field?

Jennifer Hartman: We put an emphasis on caring for the dog. A lot of programs have a specific breed or work that they want the dog to do but not necessarily a focus on the people. We pair people with dogs that we feel will make a connection in the field. When you have these scenarios when you are in the woods and it’s just you and your dog, we are different in the sense that we want to make sure the team is a success not just the dog.

H: Being in the field with a dog is a give and take. It’s all about communication. It’s an incredible feeling. It’s surreal, you’re out there with a dog off leash, on a treasure hunt to find the samples you are looking for. To watch the dog work, and get excited. You see these dogs come into the program with such a bad history –  abuse, neglect, emaciated. You see them put on muscle and develop a purpose and confidence. 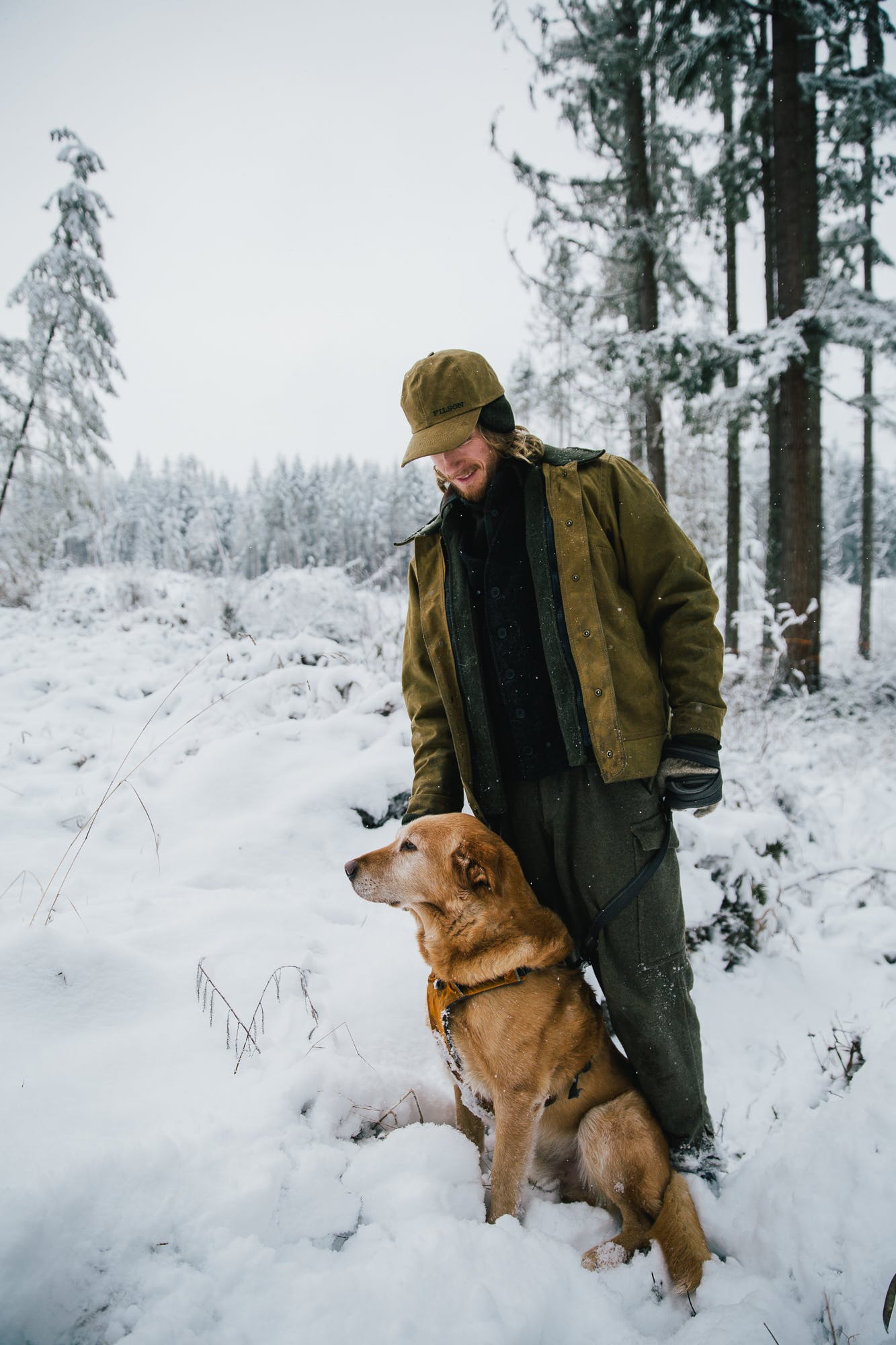 S: The dogs have this wall of energy, then once you can take that wall down and get them out and running, that’s when you see their personality. We are very much relying on their instinct. We’re letting them be who they are. We aren’t expecting a certain service from the dog right away. We are watching them figure something out.

Where is the team at Conservation Canines off to next?

S: Jennifer and I are headed to Nepal and Vietnam. There is a mammal called a Pangolin, also known as Scaly Anteaters. They are the most trafficked animal in the world right now for their meat and medicinal purposes. There is a lot that is not known about Pangolins. We are trying to get a picture of how many individuals are out there. We can train the dogs to find certain items as well. There are snares that are used to capture the Pangolin so poachers can then transport them to be exported. We can begin removing them by using the dogs.

We train the dogs to find their scat which will help us determine a Pangolin population estimate. We send the samples to a lab where they extract the DNA and other information about the species, sex, if the animal is pregnant, and any kind of stress hormones or toxins that may be present.

J: Another neat thing about this project is that we will be making a map from the Pangolin DNA we collect. We will be able to tell what region they are from and put protection in those specific areas.

S: We will be there about four months, traveling around with the dogs on canoes, using portages to get to one remote location to another. Staying with villagers and camping.

S: We do a lot of things people wouldn’t normally do with their dog. 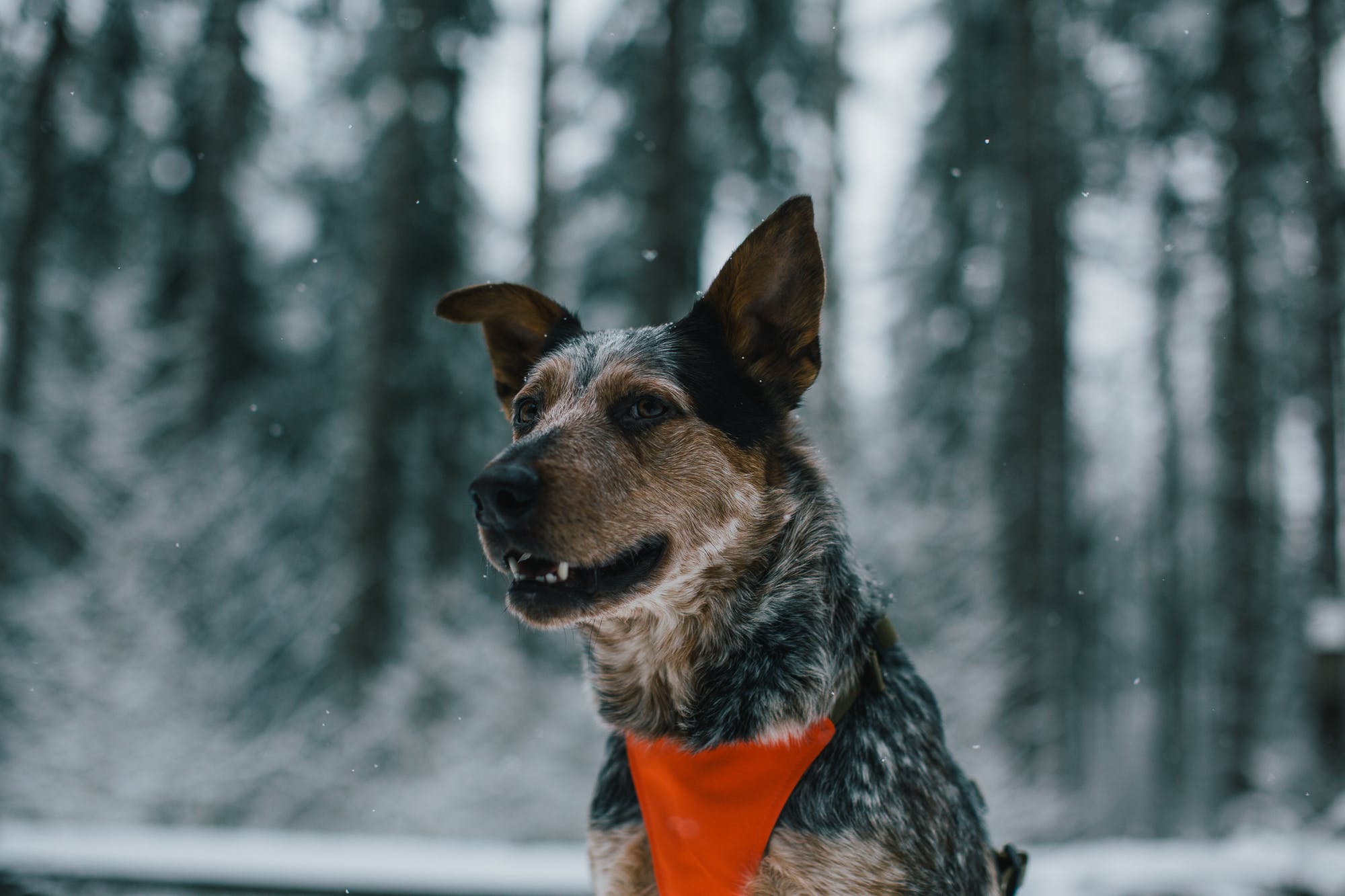