WHEN YOU FIRST MEET A LLAMA, IT CAN BE DISCONCERTING. FOUR LONG, LEAN LEGS MERGE INTO A BARREL-LIKE BODY. FROM THERE, A TAPERED MUSCULAR NECK PROTRUDES WITH A SMALL HEAD PERCHED ON TOP. TWO BANANA-SHAPED EARS PROTRUDE STRAIGHT UP, EACH OPERATING INDEPENDENTLY, LIKE SEPARATE RADAR STATIONS, CONTINUALLY PIVOTING THIS WAY AND THAT AS THEY TAKE IN THEIR SURROUNDINGS. ALL OF THIS IS COVERED IN A SHAGGY FUR THAT MAKES THE ENTIRE CREATURE LOOK LIKE A MAD MUPPET EXPERIMENT GONE WRONG. IT CAN THROW MOST PEOPLE FOR A LOOP.

But, after a few moments with one, all your uncertainties melt away. These highly social Andean mountain climbers quickly make friends with all they meet. That’s what drew Charley Rosenberry to them almost three decades ago. “A friend called saying that he had a llama that he had to find a home for, and he knew that I had some pasture on my ten-acre property on Vashon Island in the middle of the Puget Sound,” he recalls. “So, I said sure, though I had no idea what I was going to do with one. I barely even knew what they looked like. It did not take long for me to fall in love with Benai and Willie, another llama. I got to make a set.”

AFTER A FEW MOMENTS WITH ONE, ALL YOUR UNCERTAINTIES MELT AWAY. THESE HIGHLY SOCIAL ANDEAN MOUNTAIN CLIMBERS QUICKLY MAKE FRIENDS WITH ALL THEY MEET.

That was in 1990, and Charley, a life-long backpacker, was intrigued when he learned that llamas were famed pack animals that had traipsed amongst the high-altitude environs of South America for over a millennium. The idea of being able to head into the backcountry while not carrying a heavy pack intrigued him. “My wife and I owned horses that we would take out, but I still wanted to hike in, to be one with the trail with the dirt under my boots. So, I ended up getting five girls to take into the woods,” he says. “All of us could head out on adventures together, a man and his herd of llamas.”

After a while, he decided to grow his herd of furry friends. He started to expand, eventually increasing to six female Ccara Llamas. The breed is known for their long legs and bigger bodies, which makes them perfect for hauling gear into the wilderness surrounding him. While he was growing his herd of “big strong girls” and taking friends out on trips with them, he decided he could do more with them and give back to the community, something that was near and dear to Charley’s heart.

For thirty years, Charley worked in the Washington state justice system as a legal advocate for incarnated juveniles. Being a llama herder on the side was just a labor of love. He spent most of his time trying to help kids in need with any and all of their legal issues. Often, he was their one and only lifeline. Helping people and animals was just in his blood.

“THE ABILITY TO TAKE RECENTLY RETURNING COMBAT VETERANS OUT FOR A SEVERAL-NIGHTS TRIP INTO THE HEALING ASPECTS OF NATURE IS SO FULFILLING. GETTING AWAY FROM YOUR OWN BUBBLE CAN BE LIFE-CHANGING FOR ANYONE. HOPEFULLY THEY COME AWAY CHANGED. PLUS, THEY INSTANTLY FALL IN LOVE WITH MY GIRLS.”

He developed a relationship with several trail organizations in the state, using his ladies to haul in gear, food, and equipment needed to improve public access to the outdoors. But that wasn’t enough, so he reached out to the Veteran’s Administration and started to take groups into the high country for picnic and day trips. Soon, he was partnered with Wounded Warriors.

“The ability to take recently returning combat veterans out for a several nights trip into the healing aspects of nature is so fulfilling,” he says. “Getting away from your bubble can be life-changing for anyone. Hopefully, they come away changed. Plus, they instantly fall in love with my girls.”

All of this he does for free because he wants to help in his own way.

Charley is a bit of a celebrity on the trail, as anyone leading a string of llamas tends to be. People ask him to stop for selfies, kids want to hug the big “dogs,” and everyone has questions. While the people mill about his ever surefooted girls, they do their own thing. Mary, his largest llama, will try to wander off a bit to eat some grass. She is always munching on something. At the same time, Sugar will nuzzle people to show her affection. Each one has its own personality, something that comes out the more time you spend with them.

After a few minutes, it’s time to head up the trail; there is work to be done. Charley will call out, and his ladies will perk up. They know that it’s time to follow him. Their bond is deep and has been forged from countless hours spent together on the trail, hiking ever deeper into the wildness, hauling gear, and helping others. Theirs is a most unlikely love affair that has helped all involved, one that none could have predicted the day the phone rang back in 1990, but one that has only grown and deepened. And, in the process, helped so many others. 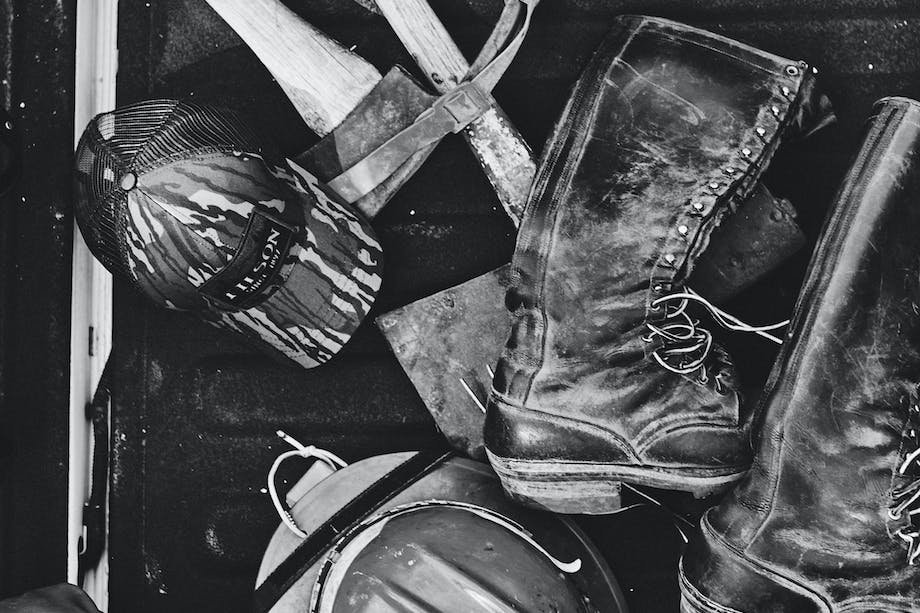 How to Pack Your Line Gear

When you’re on a fire line, everything that matters is on your back. You may be required to haul 70 lbs. in and out of a remote spot. How you pack is as important as what you pack. Proper pack fit is crucial—the waist belt should ride just above your beltline, with the hips bearing the majority of the load. 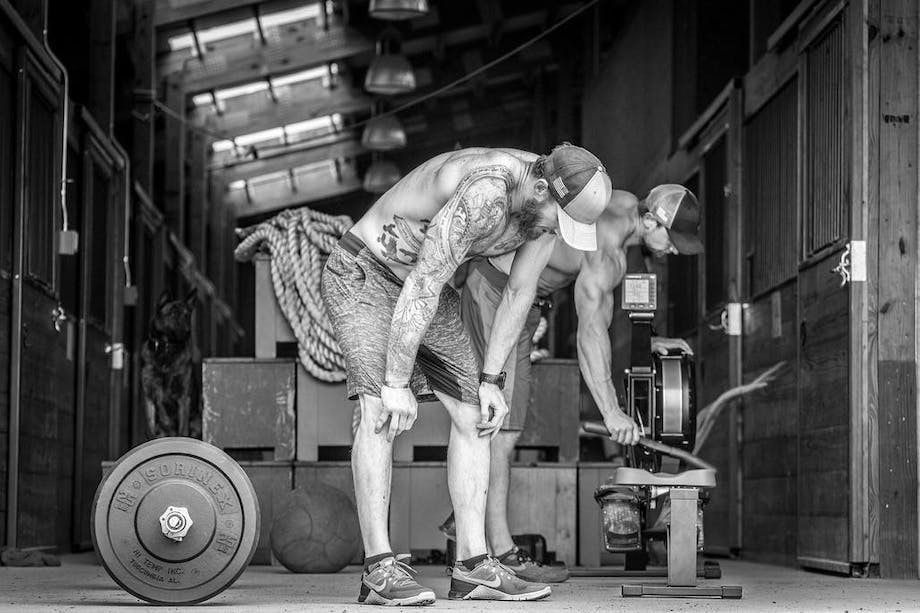 Train Like a Wildland Firefighter with Mountain Tough Fitness Lab

The day-to-day rigors of a wildland firefighter require supreme mental and physical strength. These folks hump 45-pound packs up and down steep, rugged terrain for three to five miles a day — usually in the intense heat of a wildfire. If you want what it takes to be a wildland firefighter, you have to train like one. That’s where MTNTOUGH comes in. 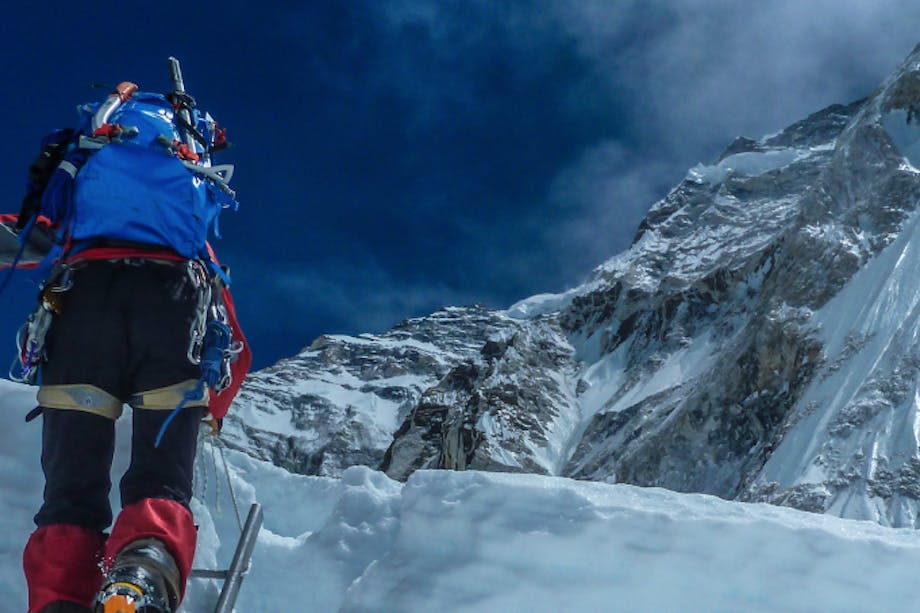