In 2008, Michael Hall moved to Portland, Oregon, and was promptly laid off. A geologist by training, the 28-year-old Washington native had spent the past five years zipping around the Alaskan tundra and other equally remote locales in a helicopter, looking for mineral deposits. But the Great Recession clobbered the mining industry and left Hall out of work, in a new town, with substantial free time to burn.

He enrolled in graduate school, at Lewis & Clark College, hoping to pivot into education. But he still had ample opportunities to surf, a hobby he’d taken up two years earlier. The problem was that “at the time,” Hall says, “surfboard designs were not very well geared for our waves, which tend to be flatter than, like, big barreling Hawaiian-reef waves.”

On a lark, Hall decided to build a board himself—one that was wider and had less rocker, or curvature, than traditional designs, to better suit it to Oregon’s surf. Hall doubted his technical prowess. But, to his surprise, his first attempt turned out fairly well. “This is great!” he recalls thinking. In short order, Hall began making surfboards for friends and taking ad-hoc orders through Craigslist. He was taken aback by the demand. “There was a need at the time,” he recalls. “No one locally was really doing what I did,” especially in terms of creating cut-rate custom boards online.

In 2011, Hall founded Blackfern Backyard Board Co., which specializes in eco-friendly boards built specifically for the Pacific Northwest. Now 39, Hall is the one-man force behind the operation. He collaborates with clients to tailor each board to their liking, then handles all the shaping and glassing in his backyard workshop: “People will come to me and say, ‘Hey, I like this look but I want these colors instead, and I want it to have this other feature,’ then we’ll riff on it.”

Despite Blackfern’s success, Hall followed through with his education pivot, and now divides his time between making surfboards and teaching middle-school science. Balancing these vocations, he believes, results in better surfboards. “I can’t devote all my energy to one thing,” he says. “I have to have diversity to be fresh and remain excited about it.”

Hall typically fills 30 to 50 orders a year, which allows him to take his time with each board yet stay plenty busy. “I’m sure this sounds strange,” he says, “but I have no desire to grow as a business. I’m super happy with what the company is.” He makes most of his boards in the summer when school is out, or in the winter, when surfing is no good. And when the surfing is good, he and his wife, Sarah, are usually out looking for waves.

Further distinguishing Hall from other board makers, two years ago he switched from using a traditional petroleum-based resin—harmful to human health and the environment—to a bio-based epoxy alternative. The latter is harder to work with and more expensive than traditional resin, but the extra cost and hassle don’t bother Hall. “We have to show the industry there’s an appetite for this stuff,” he says, “and send a signal to the marketplace that, ‘Hey, we want more eco stuff.’”

He has an affinity for other small surf companies that share his scrappy, renegade spirit. The day we visited Hall’s shop, he was sporting a pair of Beach Britches by Birdwell, a surf-apparel company founded in 1961 by California seamstress Carrie Birdwell Mann.

In sewing suits for her sons, Mann ended up designing iconic beachwear, still a favorite among surfers six decades later. Birdwell, like Blackfern, continues to produce its wares in a modest U.S. shop. “We appreciate the big surf companies,” says Brett Reynolds, Birdwell’s Chief Product Officer. “But we view ourselves differently because we create products differently.”

That sentiment jibes with Hall. He appreciates that his customers seem to share his values and appreciate the craftsmanship that goes into his boards. He often runs into clients while out surfing. When he does, “I don’t have to feel guilty,” he says, even if he has orders to fill. His customers understand that surfing is part of the process.

“We appreciate the big surf companies,” says Brett Reynolds, Birdwell’s Chief Product Officer. “But we view ourselves differently because we create products differently.” 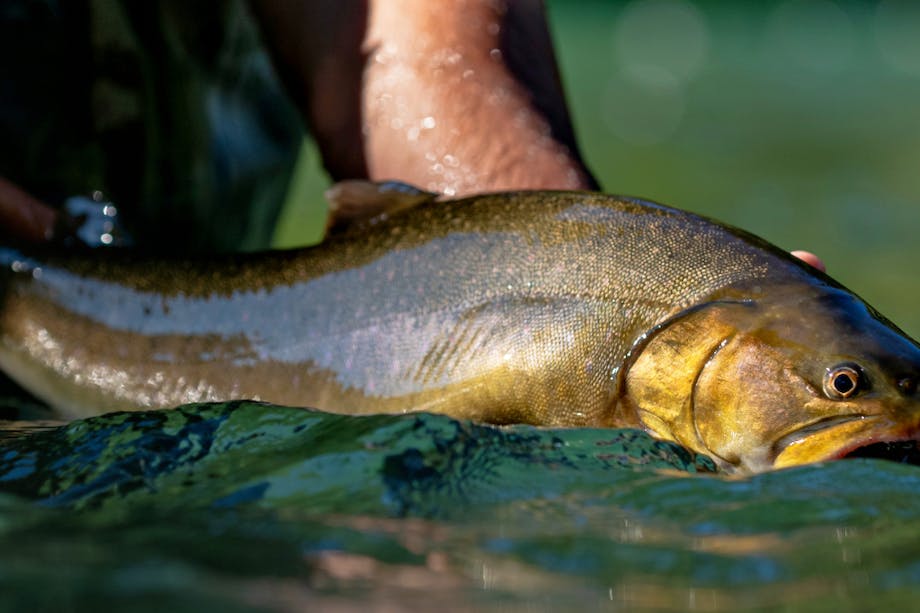 Before Matt Mendes guided on the Deschutes River, he drove the Green Monster. It was 2002, and Mendes was 13 years old; the job was his first on the river. The Green Monster, an old Ford F350, nicknamed for its paint job, belonged to his maternal grandfather, Al Bagley, a revered fly-fishing guide and a member of the Confederated Tribes of Warm Springs. The tribe governs the 1,019-square-mile Warm Springs Indian Reservation, located in Oregon’s high desert and bound to the east by the Deschutes, one of the country’s premier steelhead and trout destinations. In 1997, Bagley became the tribe’s first fly-fishing guide, capitalizing on its exclusive access to 22-miles of the Deschutes’s west bank, per an 1855 treaty with the United States government. The business was gangbusters from the get-go. 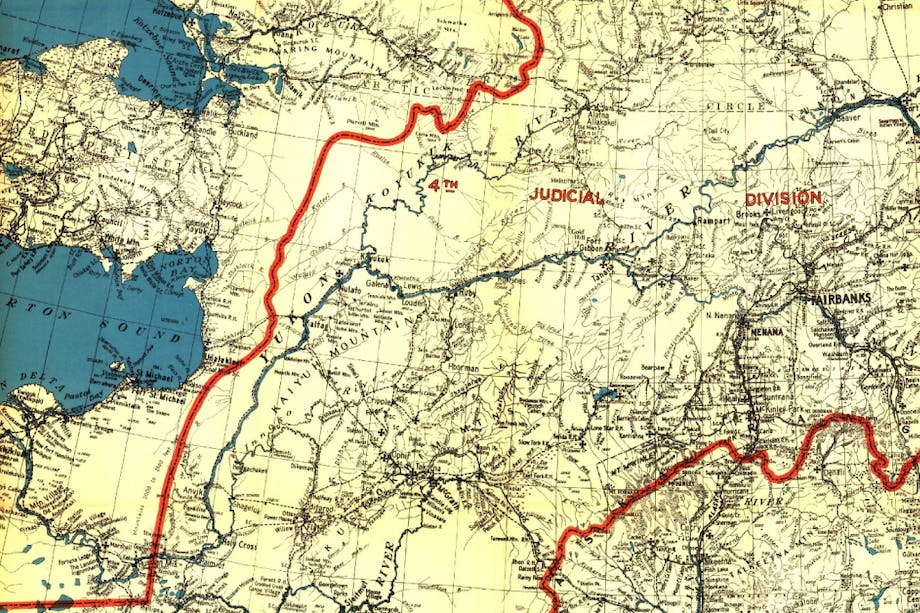 Map Maker of the Pacific Northwest

The Kroll Map Company, Inc., has been a fixture of the downtown business community in Seattle for over a century. Three generations of the Loacker family have continued the work started by founder Carl Kroll, an Austrian immigrant who first arrived in Seattle in 1903. Kroll worked as a cartographer for the Anderson Map Company, until he started his own map company in 1911. 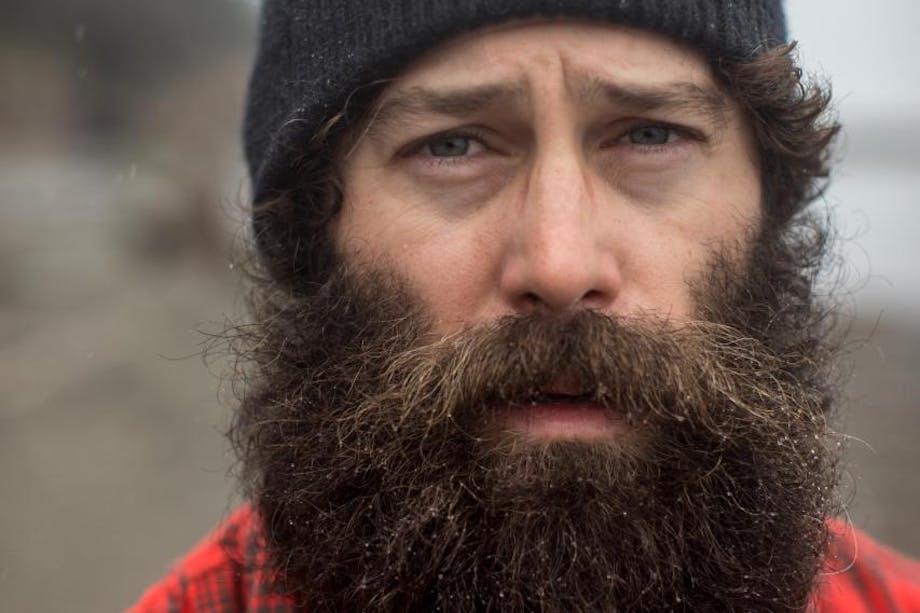 Eric Jackson is always ready for a challenge. You may recognize him from the massive hucks in his latest snowboarding film, Alignment. Or perhaps you’ve seen photos of him fly-fishing some of the most pristine rivers in the world as a sponsored fisherman. Either way, “envy” might describe how you feel about it his life.