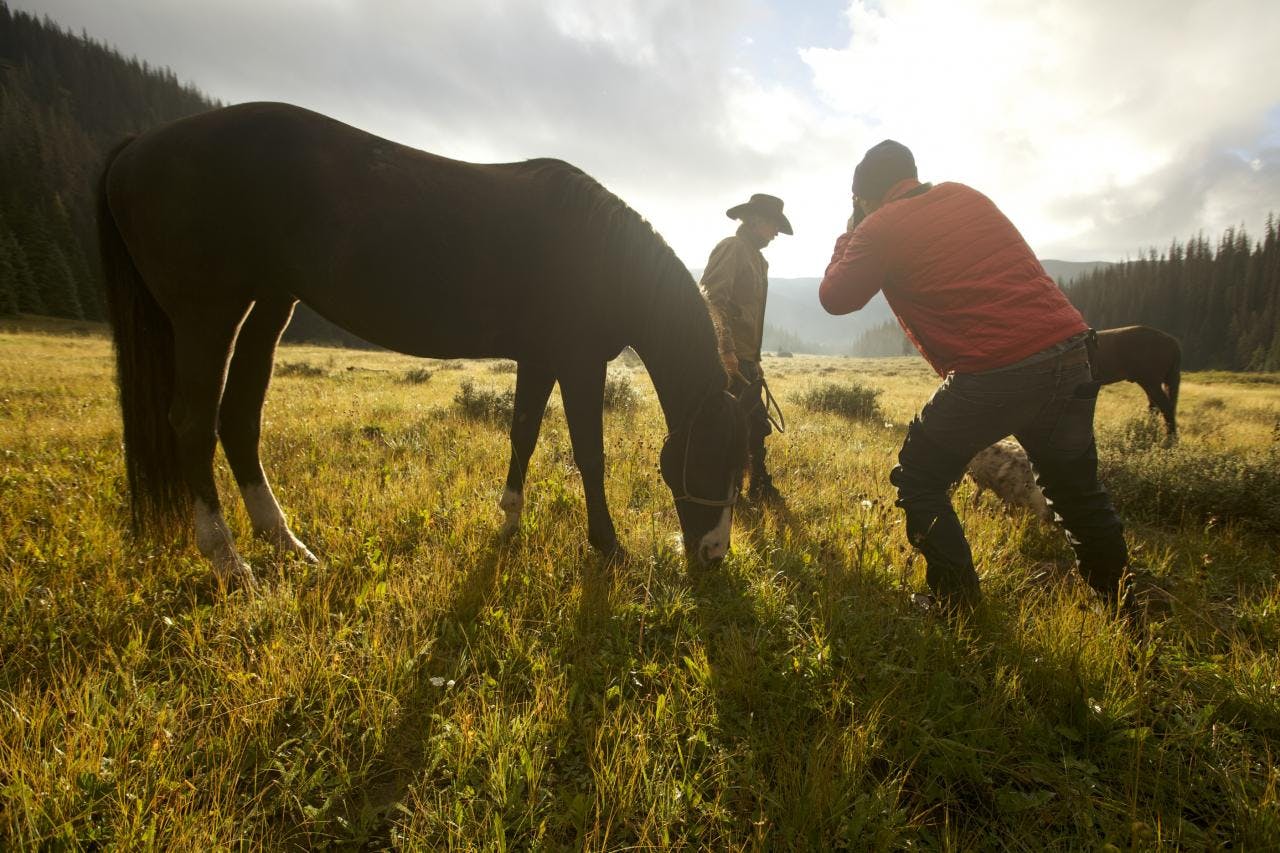 Have you seen the feature fly fishing documentary Low & Clear? If so, you’ll know exactly why it was hailed as ‘the best fly-fishing movie ever made’ by Field & Stream and why Filson was a proud sponsor of this film throughout production. As soon as the credits rolled after the first viewing, we knew we would want to work with Finback Films — the production company behind the film — again on future projects. Now, we’ve finished final editing on “Open Door to Solitude,” and five more shorts are coming soon. Watch the film first and then go behind the scenes with Tyler Hughen, a partner at Finback, as he details the story of Ed Zevely for “Open Door to Solitude.”

Preparing for the Ed shoot was a lesson in efficiency. Our original camera gear was too heavy for the horses, making it impossible to take everything we wanted to. Every pound counted, and lenses had to be culled, food cut down to a bare minimum, and the usual luxuries of a pack horse trip were replaced with batteries, camera bodies, and tripods. Even with these reductions, the packs looked ridiculous. So, to ensure the horses safety, Ed forced us to cut down to the absolute minimum. Ed didn’t care so much that a certain lens had a “look” and we couldn’t live without it. If it weighed 5 lbs. more than we could bring, that was that. 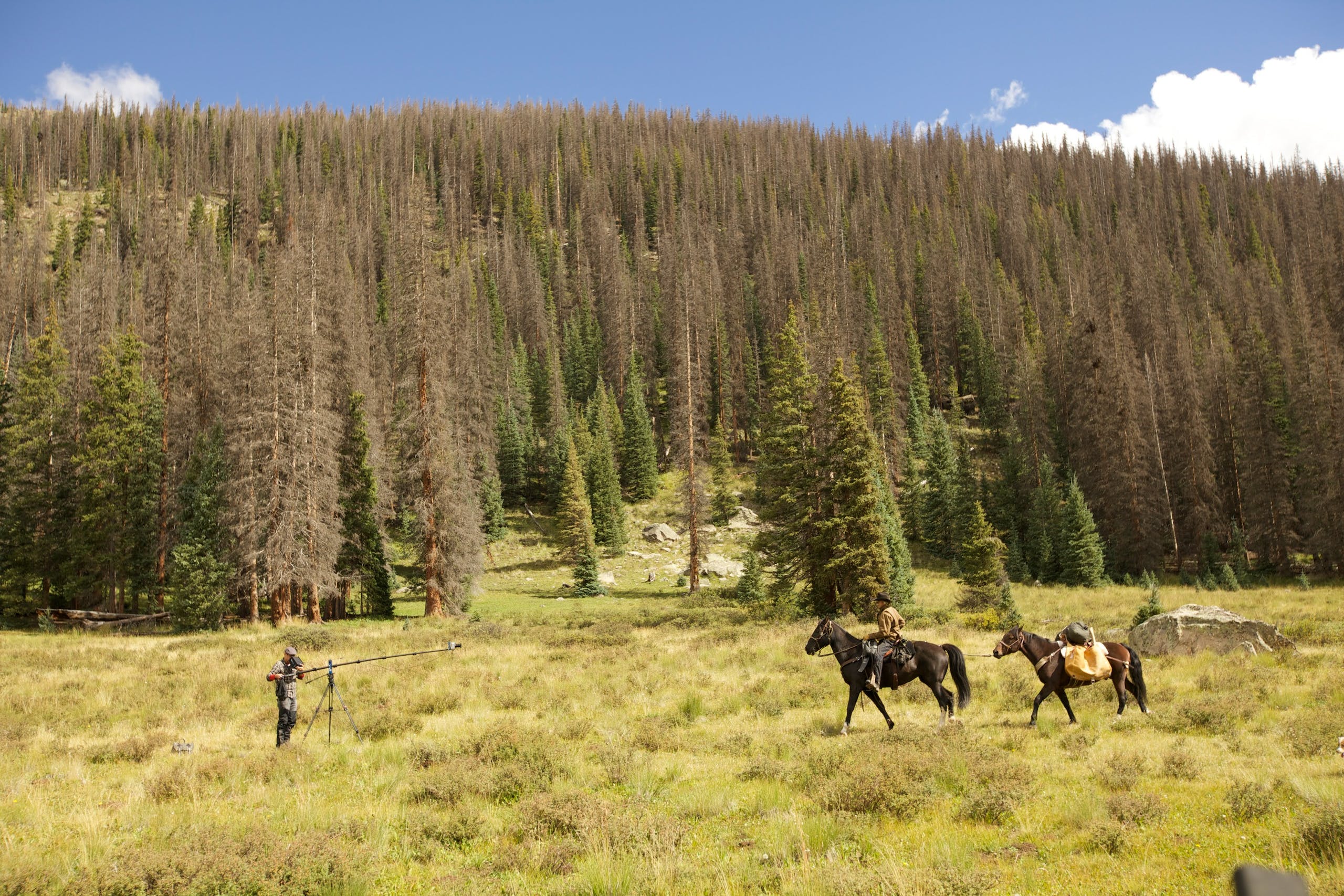 I’ve been on countless adventures with Ed. He’s my Stepfather and instilled the drive for adventure in me at a very young age. This trip was no different. The goal was to go up with him on an ambitious ride, and try to bottle up what he’s been doing for the last 20 years— riding solo in the San Juan Mountains for weeks at a time. 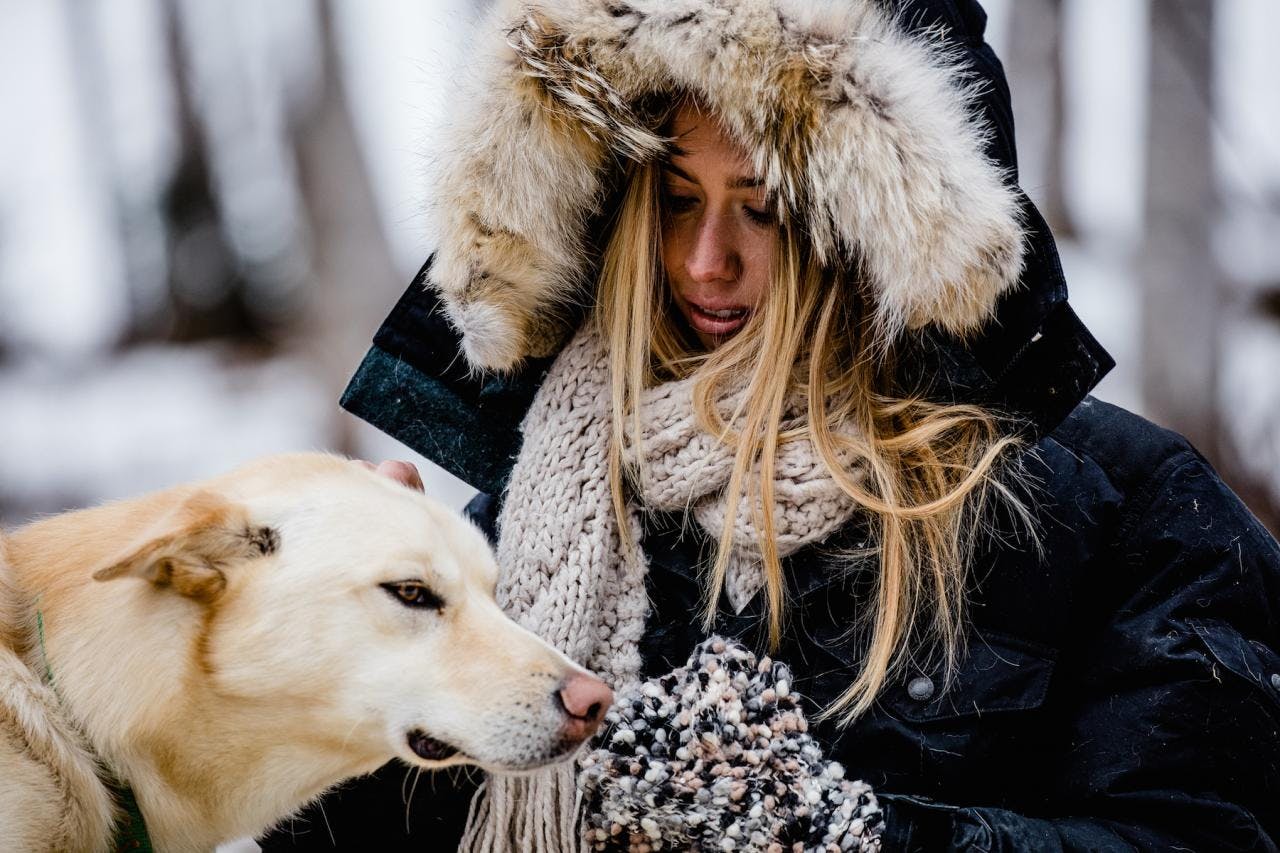 With our gear sorted, and a small weather window open, we charged out and started riding. Ed isn’t much of a talker, and although he’s a master horseman, he doesn’t offer advice unless you ask. He did give us one rule — don’t drop the reins. If the horse accidentally steps on them, they can break their own jaw or worse.

Within 5 minutes, Kahlil — one of our Finback partners —  saw a good shot, dropped the reins, and swung his Mamiya camera off his shoulder as Ed walked by. Ed calmly stopped, grabbed the reins, looked Kahlil square in the eye and said, “That’s one de-merit, don’t drop the reins again.” The seriousness of getting from point A to point B crystallized, and we decided that unless it was a one in a million shot we’d put our heads down and ride to base camp before we screwed this whole thing up. 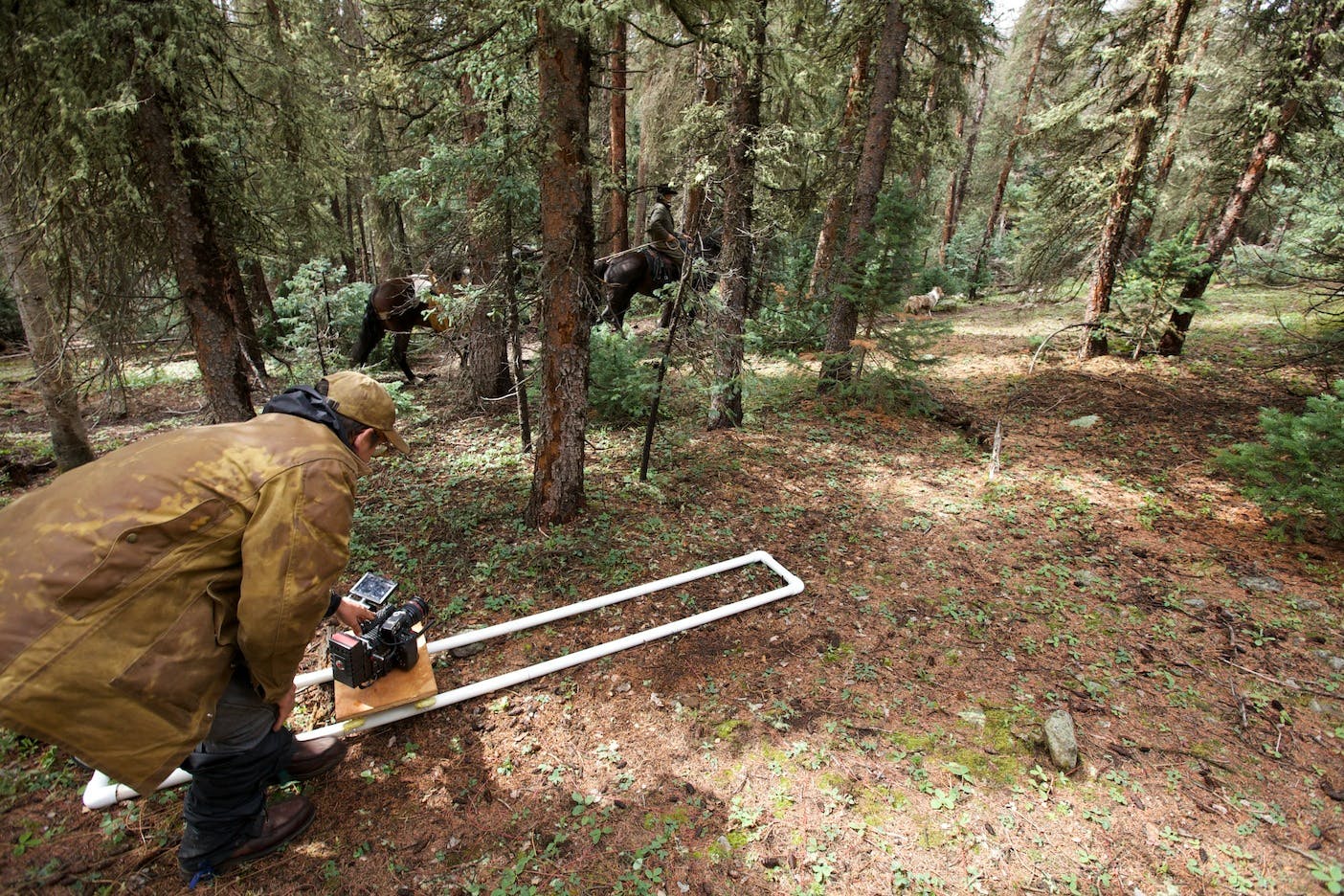 Horses can take you to amazing places. Places you could walk to, but the rapid transition from town to 12,000 feet without breaking a sweat was eye opening, especially with serious camera gear in tow. If you’re not used to it though, riding horses can be a little “uncomfortable.”  By the end of the day, Kahlil and I kissed the ground, pitched tents and tore into the camera gear. The level pace of the high country set in, and we slowly cruised around, hung out with Ed and got prepared for the big days ahead. What we didn’t know was that about 36 hours out was the now infamous “100 year storm” that wiped out Colorado last fall with a biblical rain storm. 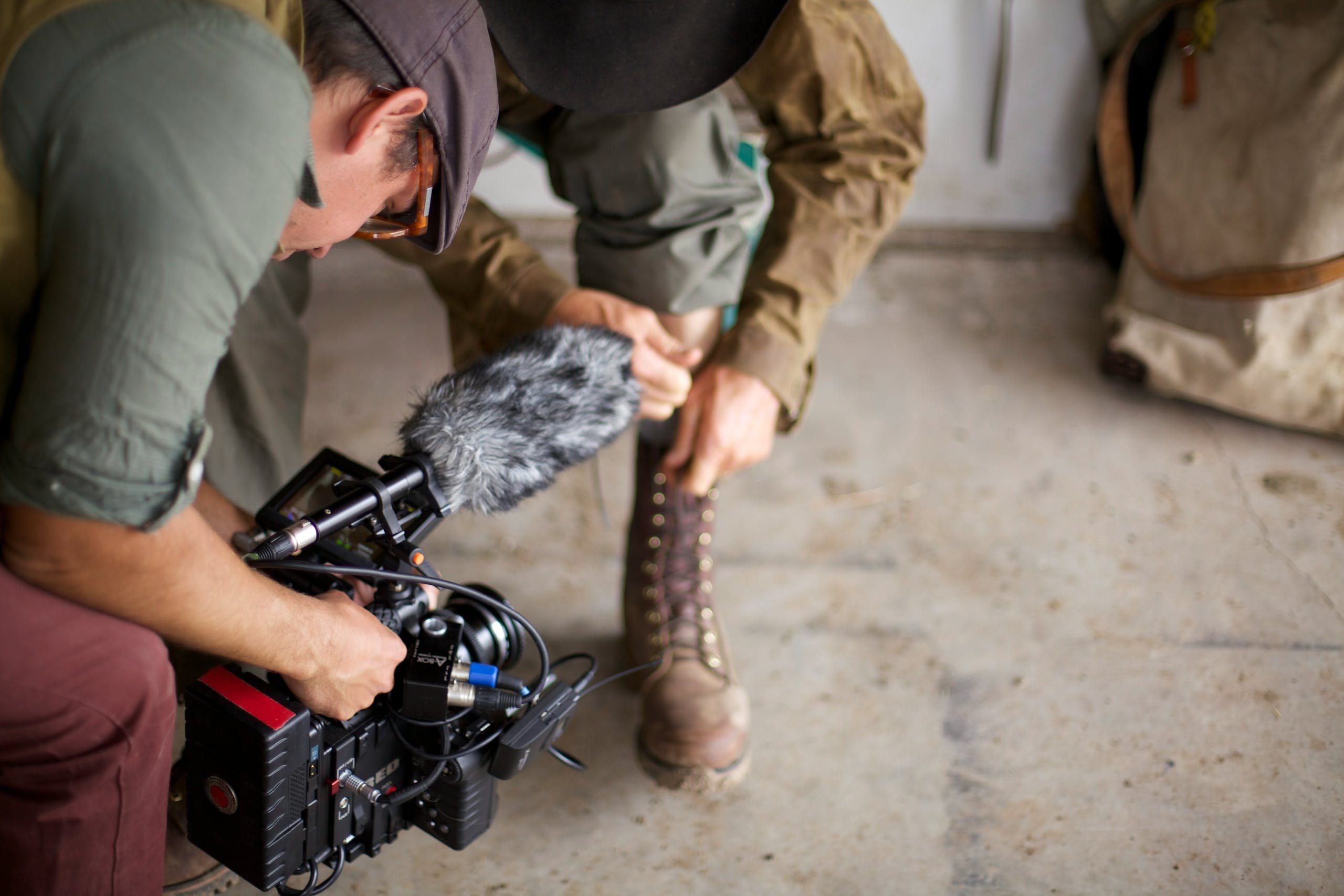 Days passed, and eventually we worked our way up to the Continental Divide where we shared a lunch of sardines and crackers as our eyes stretched out over endless peaks. Ed had shared one of his favorite places with us, and we contemplated pushing further, up to some lakes few people make it to each season. Clouds on the horizon darkened, but we gambled that it was just the typical afternoon monsoons and rode up a few more miles to see what the pass looked like. We arrived on a bare ridge, with a trail leading out along an endless unprotected ridge top. The clouds darkened and it started to spit a light rain. It was a jumping off point, and we debated whether it was “doable” or not to make it to the lakes and back to base camp in the same day. Ed made the call — time to turn around.  As if on cue, the skies absolutely cut loose as a dark blue wall swept in, and the rain came down in a deluge. This was not a typical afternoon thunderstorm, this had a heft that I’d never seen, and the vibe turned serious as it was clear that we had to get down — now. 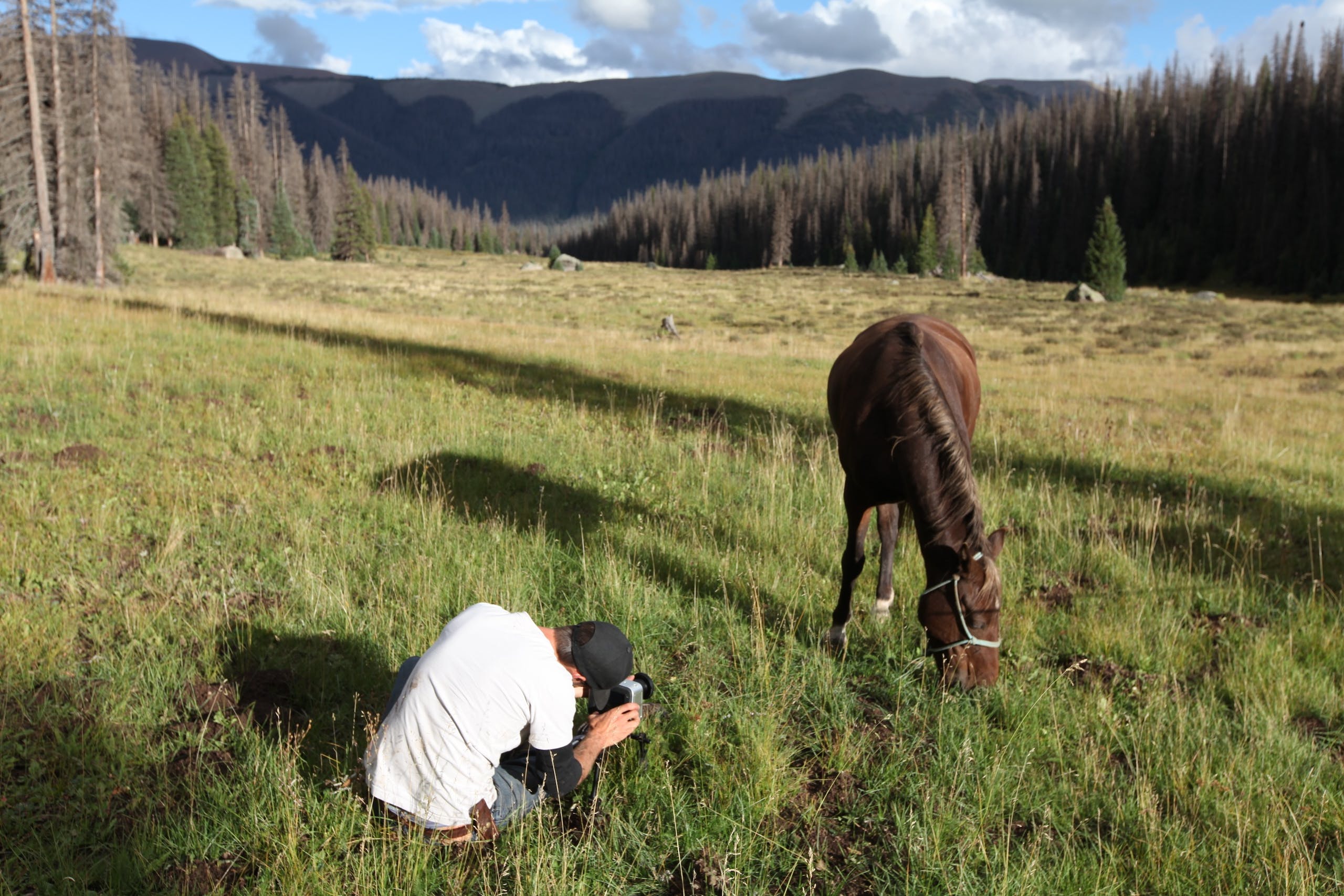 I can remember the intensity of being exposed, lightning popping off directly overhead. It felt like it was time to panic, but Ed wasn’t saying anything — just head down, riding. More than once, I remember Kahlil’s horse in front of me going sideways, searching for solid footing as we bailed down the pass — no one spoke and Ed seemed calm. “I guess this is normal,” I thought. Hours went by and we finally made it to camp. “That was as close as it gets,” Ed said, and Kahlil and I cut loose jabbering over each other saying,“I thought so, that was crazy! I thought it was all over, but you weren’t saying anything so we figured it was all good.”

“No, that was serious,” Ed said with a slight smile.  Thankful to be safe, we worked hard to build a fire, dry out, and recount the details of the days treacherous ride. 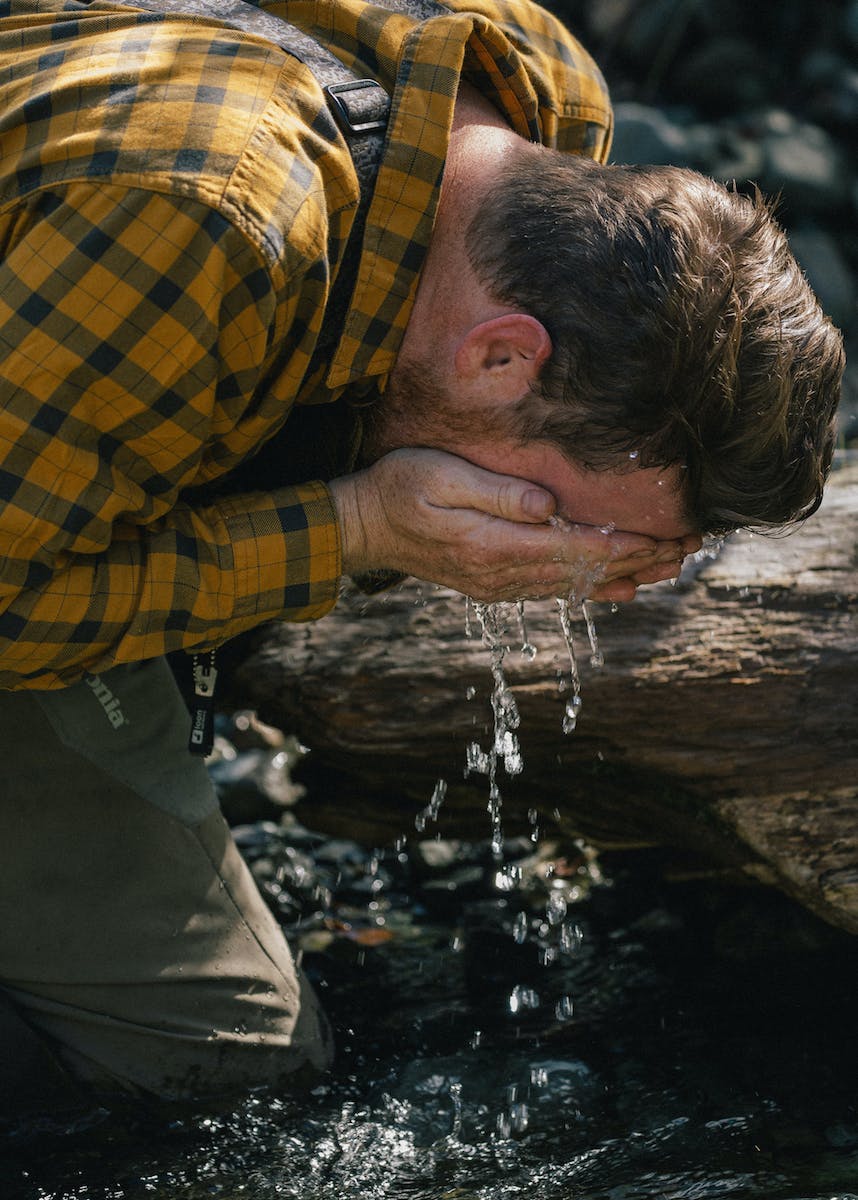 With no choice but to hunker down, we waited out the long night. At one point I woke up to see a river of water pouring through the floor of my tent. I thought, “Alright, I need the camera to be dry, and this jacket to be dry,” and stuffed them in my bag, creating a little island where I could stay on high ground. I remember laughing hysterically at how hard it was raining, and the excitement of being on an adventure with Ed again.

Filson in the Field: Bob’s Sustainable Ranching in Wyoming Story

Bob’s Sustainable Ranching Story – Filson in the Field Video, Wyoming from Filson on Vimeo. Bob Taylor, with the help of his wife Maggie and their daughter, Marisa, raise organic, grass fed, Black Angus beef cattle on Lonetree Ranch in Lonetree, Wyoming. An accomplished veterinarian (and one time host and focus of Animal Planet’s Emergency 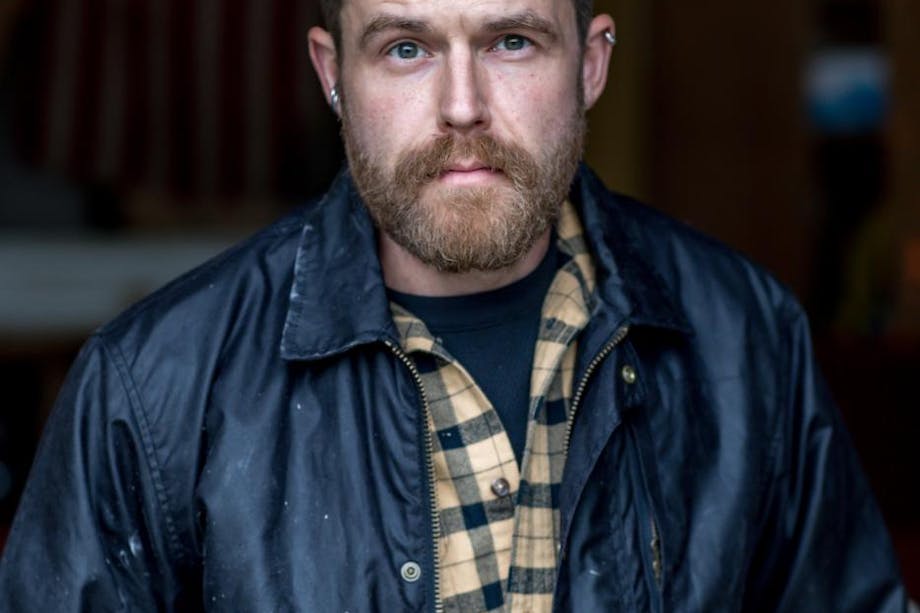 I reeked of   the sea and had nothing to show for it. Darkling saltwater for a dream and no other place to be (29-31) Excerpt from “In the Year of No Work” by Matthew Nienow To enter into Matthew Nienow’s workshop is to walk back in time. Wood shavings lie coiled in heaps on the