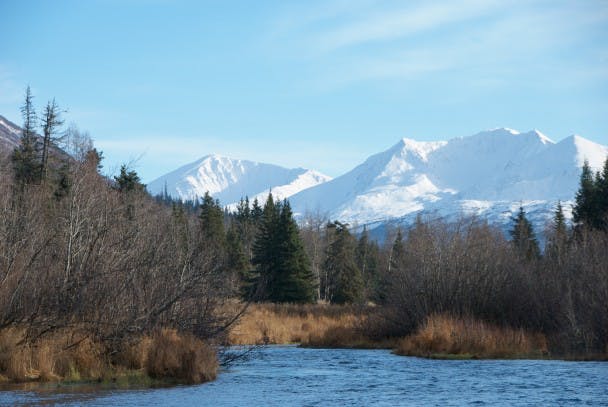 Krystin Bablinskas is an environmental engineer with a penchant for adventure and travel writing. Her life partner, Bixler McClure, is a Geographic Information Systems analyst and amateur photographer. Always together, the duo explores Alaska’s Kenai Peninsula from their home base in Seward, whether on foot or by sailboat. They detail their wild tales on their blog Alaskagraphy and have two full-length Alaskan sailing movies on their YouTube account. Follow along as the adventurers recount their first successful Arctic Grayling fishing expedition to a remote lake during the Alaskan autumn.

Summer breezes by and disappears with a dusting of snow on mountaintops. The nights lengthen, the ground freezes, and the cottonwoods and alders explode in colors of red and gold, slowly losing their leaves. For many locals this is a time of year to enjoy solitude in the Alaskan wilderness without the hustle and bustle of summer. 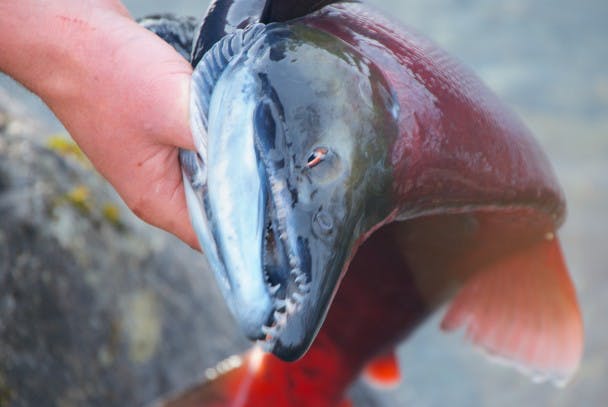 After a busy summer of salmon fishing and bear hunting off our sailboat, we were looking forward to land-based activities in our home wilderness of Alaska’s Kenai Peninsula. The eastern side of the peninsula is mountainous and part of the Chugach National Forest, complete with scores of hiking trails and public use cabins. Rainy and vegetated in the summer, fall is clear and crisp with berries remaining on many of the bushes and lakes still unfrozen. Bixler and I had recently discovered the many local lakes for fishing trout (and a few errant salmon). After much success, we set our eyes on a more elusive species of fish: the Arctic Grayling.

Arctic Grayling are common in Alaska’s Interior, but are found only sparingly in Southcentral Alaska. These beautiful fish, with their full-sail dorsal fins, live in cold, deep lakes and survive the harsh winters below the thick ice layer. They are picky eaters, so we chose our lures carefully –Aglias, Vibraxes, and Thunderbugs – to try at Crescent Lake, where they are known to live. 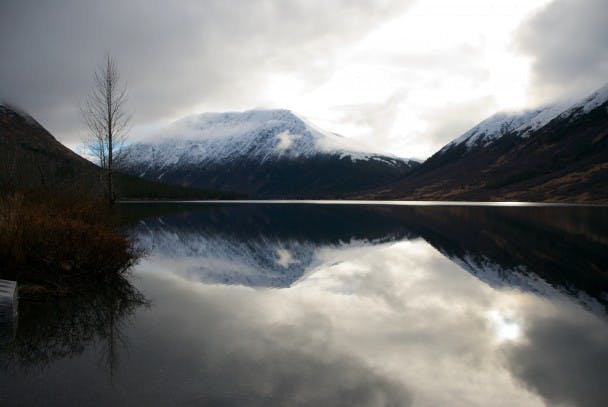 We reserved the cabin at Crescent Lake and packed up our lures, collapsible poles, camping gear, .44-Magnum for bear defense, and .22 rifle for any opportunistic spruce grouse hunting. With heavy packs in sleeting weather, we started the nine-mile uphill trek to the public use cabin on the shores of Crescent Lake. The hike was beautiful with clearing skies and complete solitude. We nabbed a spruce grouse half way to the lake. 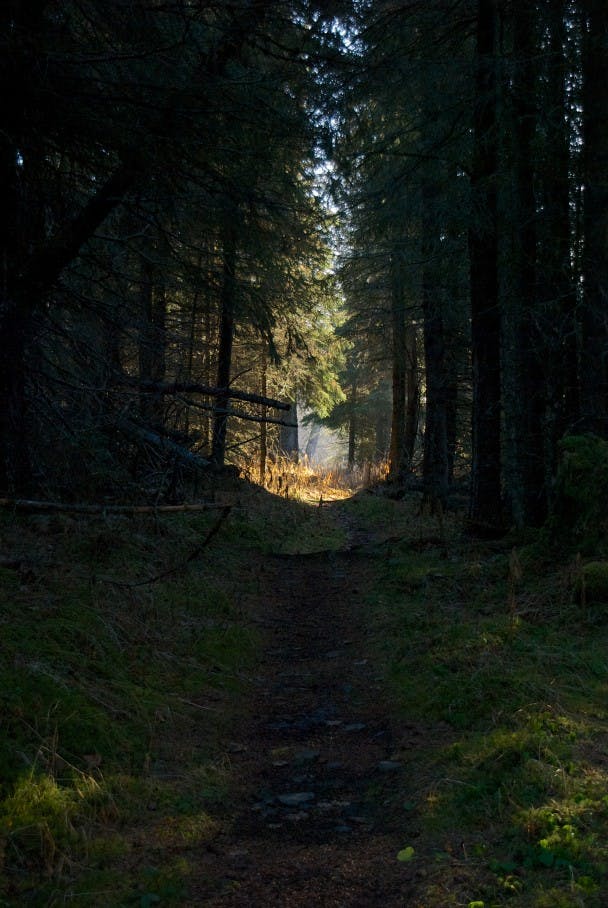 As soon as the cabin was in sight, we scurried in and dropped our packs on the hard bunks. We noted the previous visitors had left enough wood for the stove. Good. We headed straight for the rowboat (part of the cabin rental), while assembling our poles on the way. 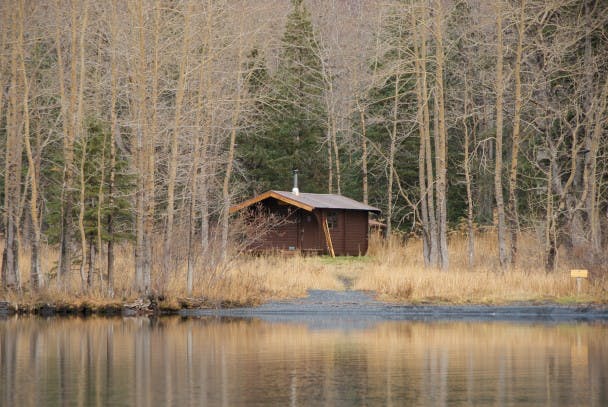 Crescent Lake was like glass. Not a single ripple of wind disturbed any of the rises we saw further out the lake. Bixler rowed towards the rises, determined to get his first Arctic Grayling. He stopped and we both threw our lines in the water. Nothing. Rises continued all around us. We switched lures and recast. Still nothing. We changed our game plan and headed towards the lake’s outlet. Bixler clipped a tiny weight just above his lure. He cast. We waited. 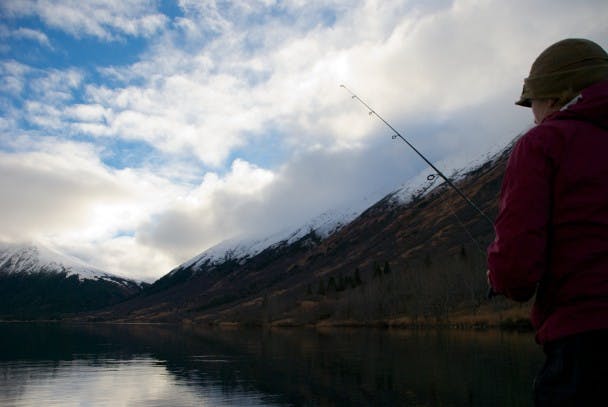 Success! There was a nudge on the line. He let out the drag and reeled. Krystin looked down in the dark blue water. From the depths, the Arctic Grayling appeared, cerulean in color with dorsal fin spread. He reeled it in and held up the magnificent fish. Our first successful Arctic Grayling catch! 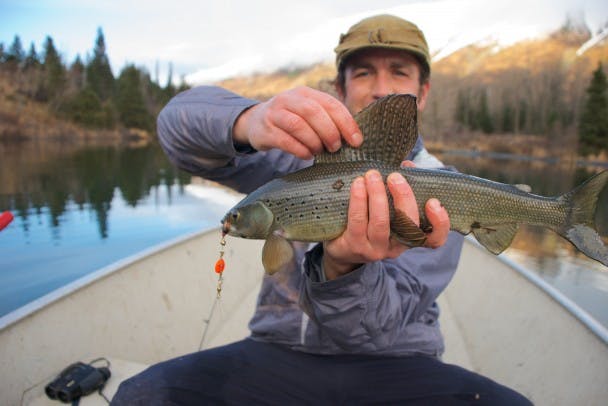 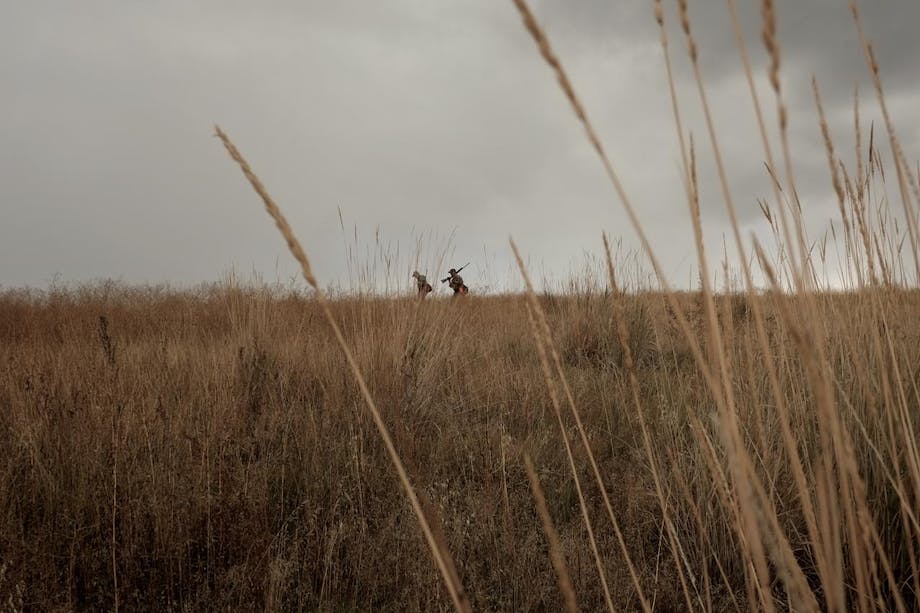 Giving Chase: The search for fulfillment with Greg McReynolds

Greg McReynolds believes that America’s public lands are the ultimate expression of freedom. He loves young bird dogs and old shotguns. Located in Pocatello, Idaho, Greg works for Trout Unlimited and blogs at Mouthful of Feathers. In this Filson Life, Greg shares with us the exhilarating feeling of man and dog, in the field, together.  I follow the dog. 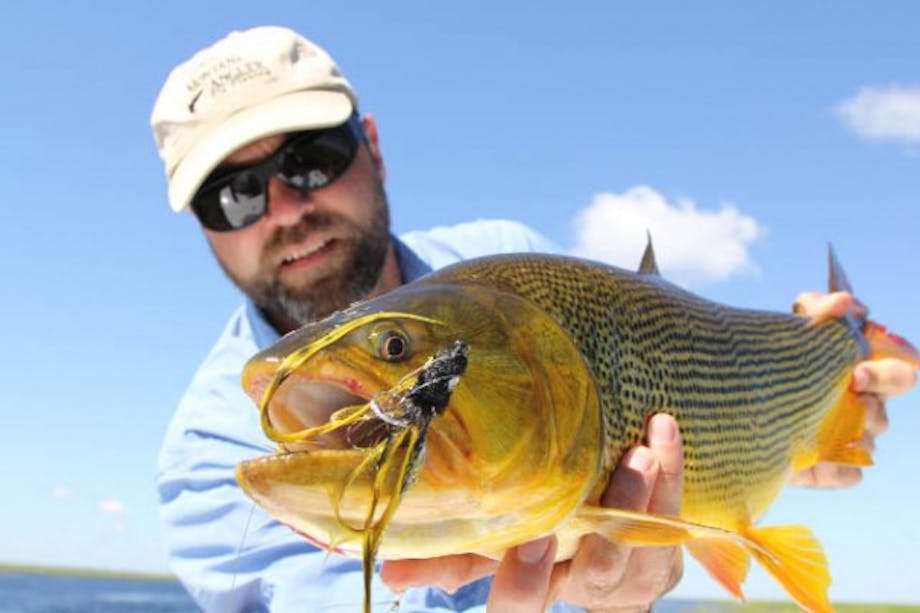 Brian McGeehan is an outfitter and owner of Montana Angler Fly Fishing based in Bozeman, MT.  Brian is also an avid international angler and leads annual trips to Argentina, Chile and the Bahamas. Golden Dorado Golden Dorado are native to South America in a relatively small geographic region that includes Northern Argentina, Uruguay, Southern Brazil and