Every so often, we meet or hear of an individual whose character we admire. They’re courageous, bold and giving–and will always tell you the straight truth. We manufacture gear with them in mind, provisions that will stand up to whatever daunting challenges their journeys present. One such man was Moosemeat John, with a nickname earned from generosity and the skills to not only survive, but thrive on the Alaskan frontier. When we built our first Alaskan Guide Shirt in 1996, we knew it would be exactly the shirt he’d want to wear.

Like most Alaskans, he was a transplant. Born in Sweden in 1865, his proper name was John Hedburg. Thirsting for adventure, he hopped a ship to New York as a young man and slowly worked his way across the country working as a logger. The times were more untamed then, and Hedberg taught himself English as he journeyed west, often staying with Native American Tribes along the way.

He headed north during the heart of the Klondike Gold Rush in 1899 and settled into the rugged lifestyle of the North. Soon he was living in the Kenai Peninsula area, trying his hand at prospecting and fishing. He even ran a dog sled team delivering mail between the tiny towns of Seward, Hope, Sunrise, and Knik before Anchorage existed. The records are thin from that time, but it is known that he married Anastasia Nutnal’tna, a member of the Dena’ina Athabascan Tribe, in 1911, and they had eleven children together.

Generous to a fault, he was known for his smile and welcoming demeanor. He would go out of his way to help people... His only price was a friendly conversation.

In 1917 he filed for one of the first homesteads in the peninsula, in Nikiski. An area dotted with small lakes and thick brush, it sits on the shores of Cook Inlet, not far from the town of Kenai. When Hedburg built his cabin and started filling it with children, it was as it is now, an untamed place, one that the wilderness owned, not man. It was around this time that his legend started to grow, that his unbridled personality began to shine.

Generous to a fault, he was known for his smile and welcoming demeanor. He would go out of his way to help people, even ones he just met. His only price was a friendly conversation. He was a fixture in the community, and he knew everyone.

When he acquired the moniker Moosemeat is hazy, the exact details are lost. One story goes that he was always sharing moose meat from his hunts with all his neighbors; another says that he hunted for the Alaskan Railroad, and the workers started calling him by his nickname. Still, another legend is that he worked tirelessly feeding the residents of Anchorage during the terrible flu epidemic of 1918 when they were snowbound and struggling.

As Anchorage grew and prospered, one of its more well-known and colorful citizens was the bearded homesteader Moosemeat John. Walking its streets in his wide-brimmed hat, plaid shirt, jacket, and ever-lengthening beard, he was hard to miss, even in a state known for characters. He was last seen in August 1951, when a neighbor reported seeing him climb into his dory and head out into the Cook Inlet. He had his rifle and backpack with him. He never arrived in Anchorage, his destination, and no remains were found. An article from the newspaper telling of his passing said that he was one of Alaska’s most colorful oldtimers and was noted for his flowing beard. One that always won the top award and the annual Anchorage Fur Rendezvous.

So, how does this explain how the shirt was inspired by Moosemeat John? Well, if there is one thing that Filson knows is equipping Alaskans. Founded in 1897, we were focused on providing the hearty souls headed to the goldfields quality gear. Our founder C.C. Filson had this to say in 1914 “To our customers: if a man is going North, he should come to us for his outfit, because we have obtained our ideas of what is best to wear in that country from the experience of the man from the North-not merely one-but hundreds of them. Our materials are the very best obtainable, for we know that the best is none too good and that quality is of vital importance. You can depend absolutely upon our goods for both as to material and workmanship.” That describes John and our shirt. 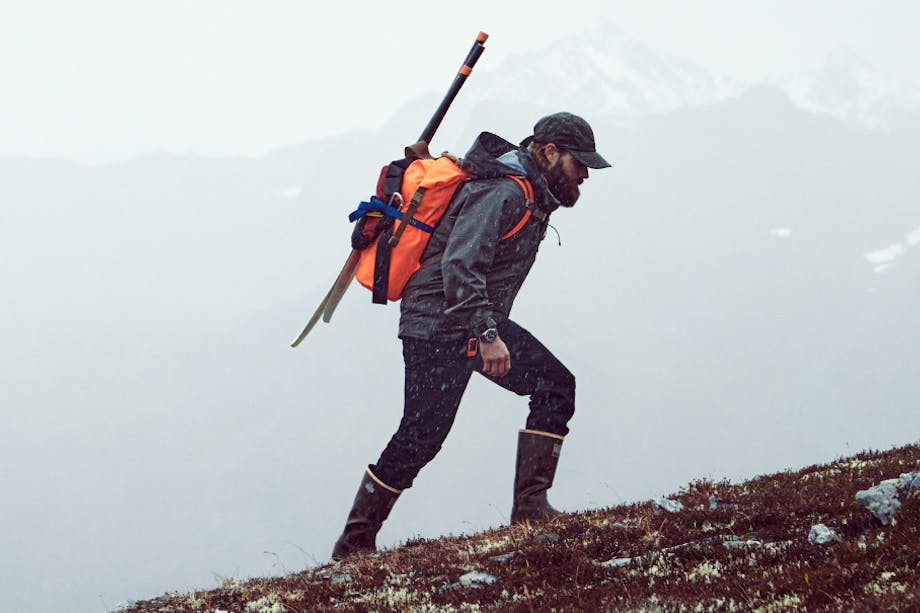 Our 124-year legacy was born outfitting those bound for the inhospitable weather and terrain of the Alaskan Gold Rush. Filson dry bags exemplify our commitment to equip men and women with unfailing gear for the most demanding conditions. They’re engineered in Seattle and thoroughly tested by seasoned sportsmen and professional guides throughout the Pacific Northwest and Alaska. We put our dry bags through the ringer to ensure they deliver 100% waterproof protection, trip after trip. 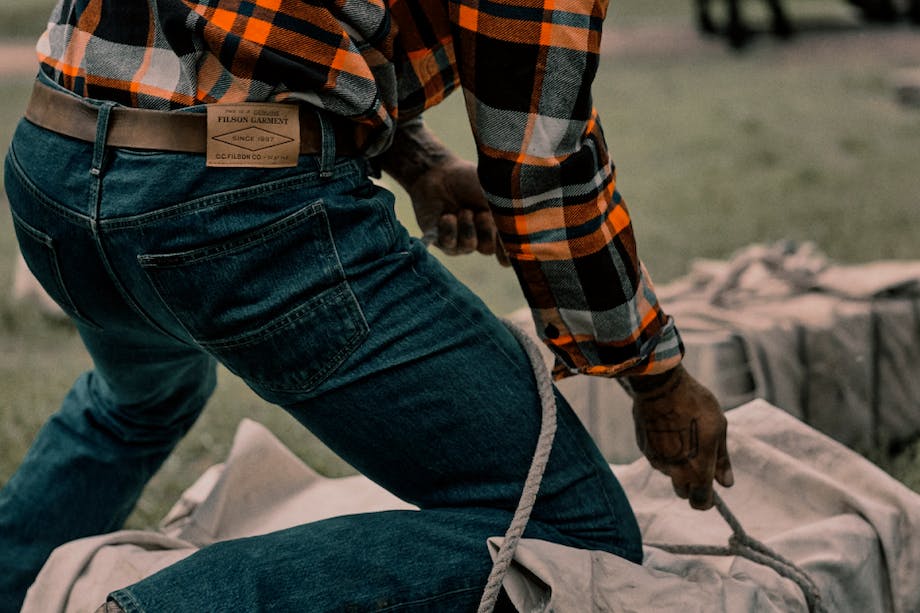 Filson Denim is the latest chapter in a legacy that spans over a century of outfitting customers for the most demanding conditions. 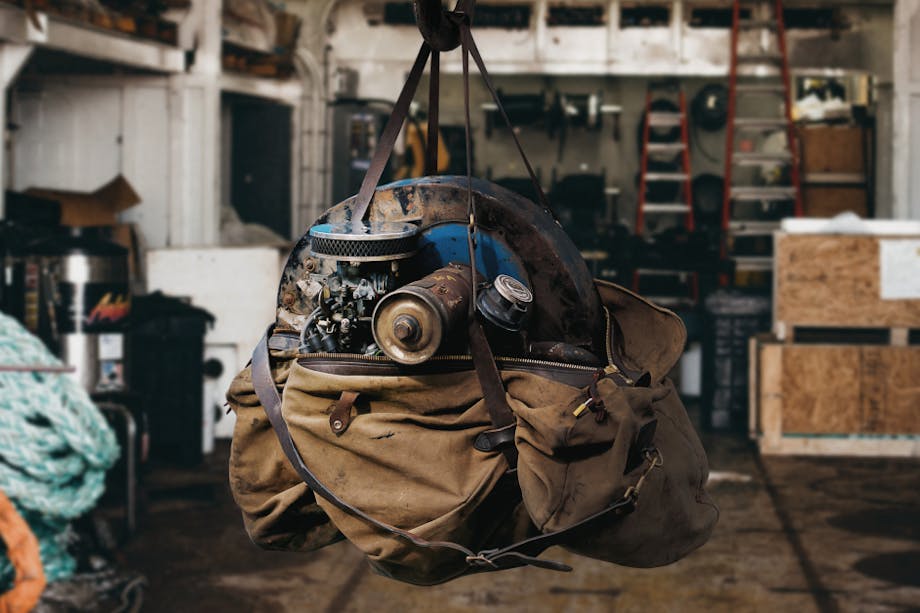 Filson’s 120-plus year legacy is outfitting miners, loggers, ranchers, and sportsmen with durable apparel and goods that provide unfailing protection. For more than two decades, we’ve applied more than a century of manufacturing experience to build luggage and bags to transport their gear there and back, without fail. Our Rugged Twill fabric is a large part of why our bags are so dependable – this article examines what it is and where it comes from.