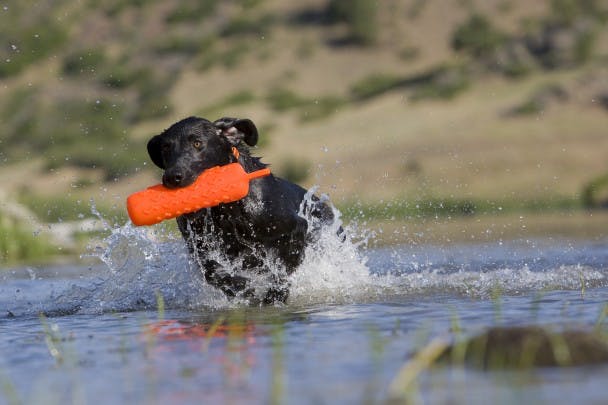 The first few months of a dog’s life are a critical development period. It is imperative that ‘Pupster’ develops desired behavioral patterns through proper exposures and training in the early months in order to maximize his genetic ability. During the first six months the canine pupil is learning about the world and what works for him. An effective trainer will encourage and reinforce desired behaviors by implementing programs structured to guarantee that the dog learns easily and with an open mind.

The first twenty weeks of the dog’s mental development are referred to as the imprinting stage. This is an important period when the dog’s view of the world and behavioral patterns are shaped. During the imprinting stage the dog is associating cause and effect and learning what works for him. Throughout this imprinting stage consistent repetitions of desired behaviors followed by rewards the dog perceives as positive (cause and effect) are needed to cement the desired response to future commands when the dog is generalized. Generalization is the process where the dog learns he must respond to a known command in a timely fashion in similar circumstances and places, even with distractions. 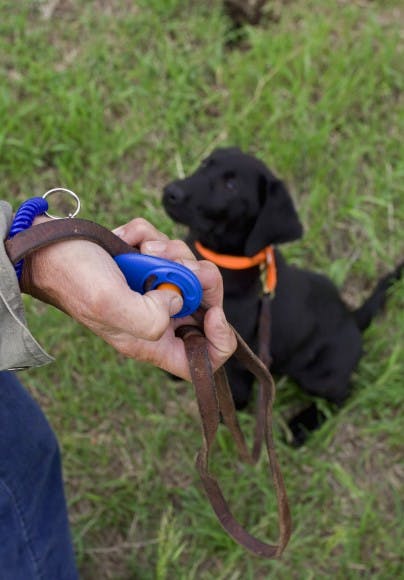 The response to a known command in a timely fashion must be accompanied by a paycheck the dog perceives as meaningful. A $100 reward is much more likely to motivate the dog to repeat the behavior than a five cent reward so to speak. On the reverse, as the pup is so monumentally impressionable during the imprinting stage, a negative association with a specific circumstance or place may permanently scar the protégé. A puppy that is ill-prepared for the explosive flush of a cackling rooster or the sound of the shotgun’s report may have problems and end up blinking, or purposefully avoiding birds altogether. From twelve to twenty weeks is a great time to introduce the youngster to birds, guns, checkcords, the field, and water. 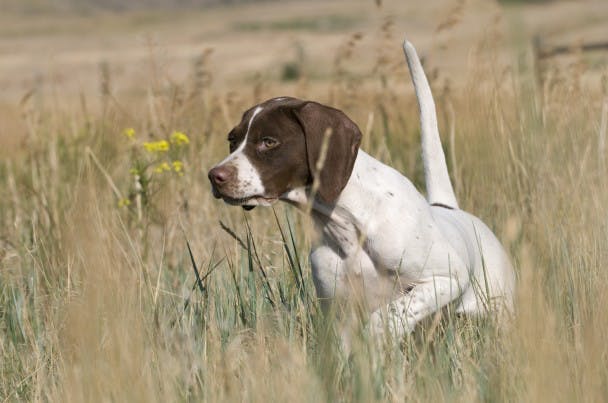 Before advancing to avoidance training and correcting the dog for non-compliance we first implement clicker training and positive rewards such as food treats to illicit the desired behaviors and show the pup which behaviors work for him. We want to reinforce the desired behavior and reward the dog for giving an effort. Once the dog understands the behavior that is desired of him we will ask for accountability when he does not respond in a timely fashion. We will raise the bar of accountability but do not want to overload the dog or have unrealistic expectations.

For more information on clicker training and the pup’s early development Filson Bloggers can check out George’s DVD Great Beginnings for the pointing or retrieving breeds found on his website www.georgehickox.com. 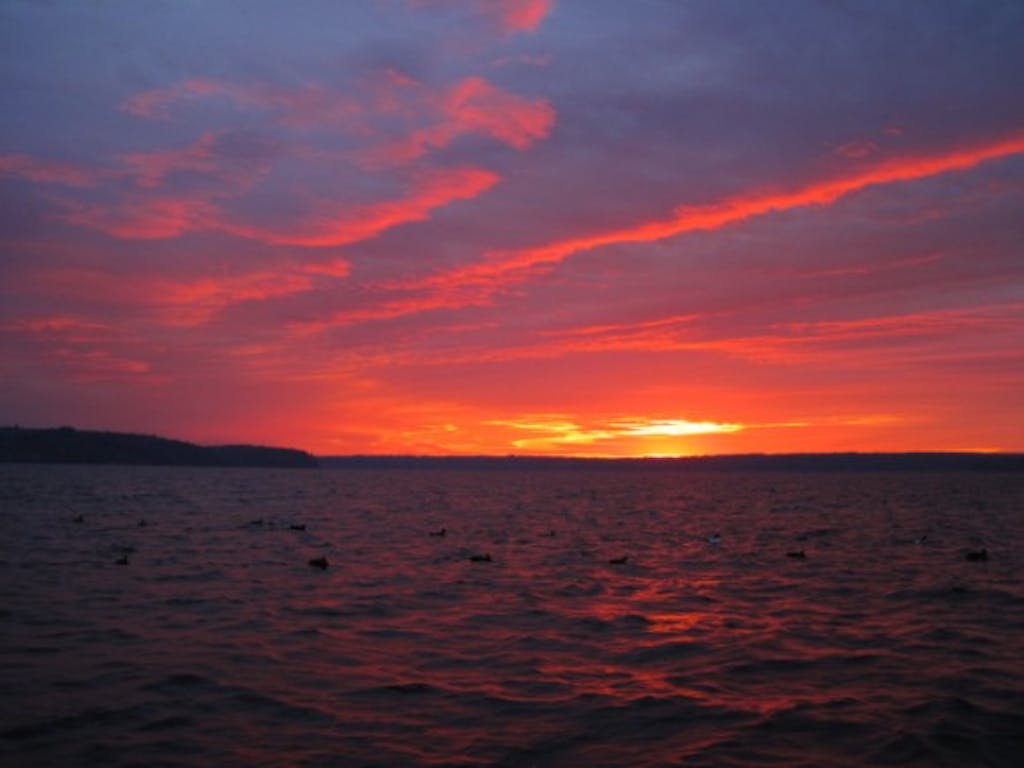 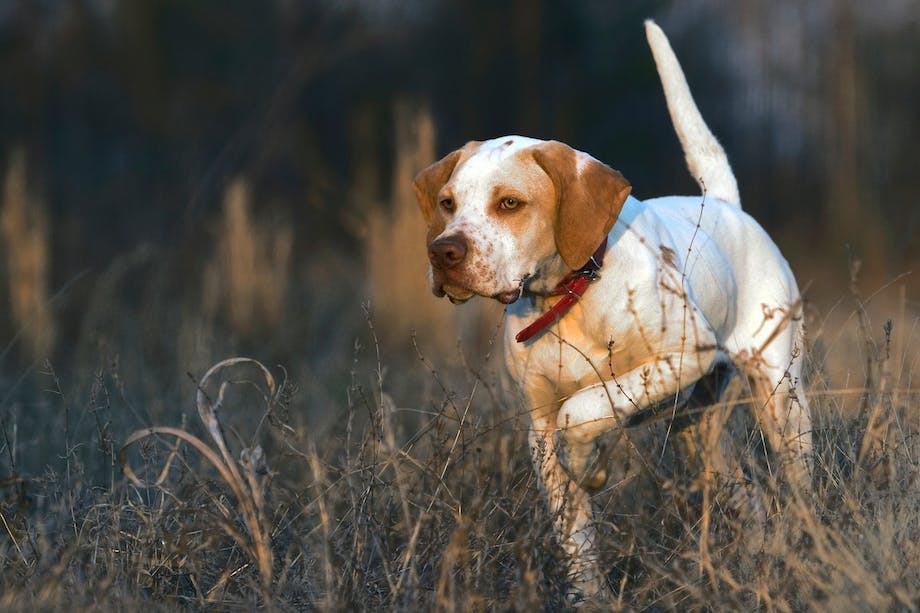 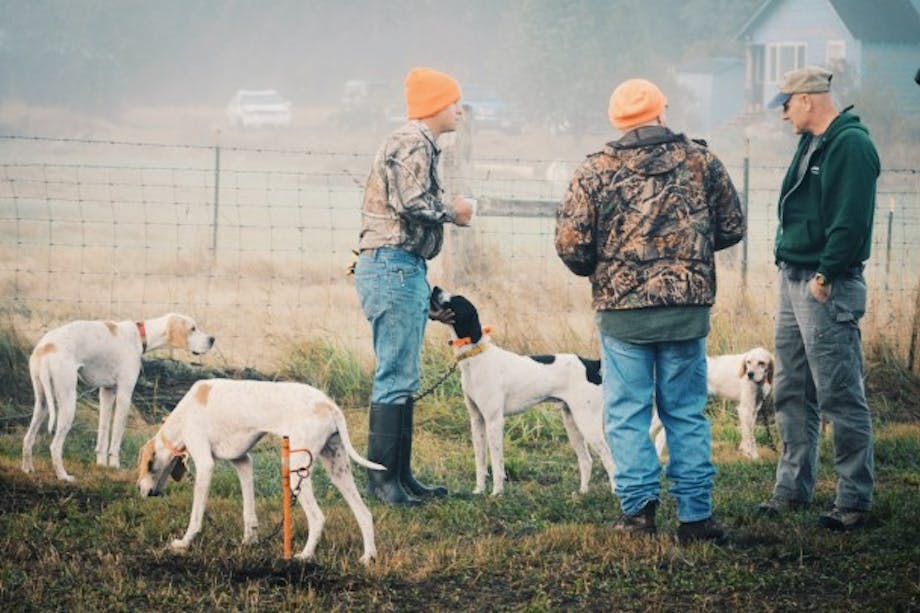 For over two decades, George Hickox has shown all levels of owners how to train great bird dogs. Today, George describes the importance of establishing gun sense with your young hunting dogs. Photos courtesy of Martha Graffis. We have waited impatiently all year for the opening of the upland bird seasons.  Before taking Pupster out