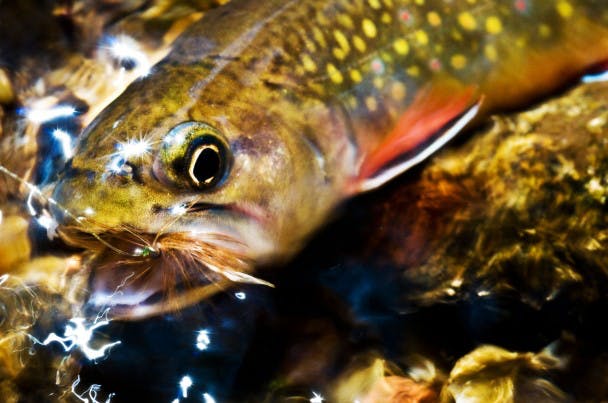 Louis Cahill is an advertising photographer with over thirty years experience, and about as many holding a fly rod,  Louis has spent his life looking through the lens.  He’s not interested in what everyone else sees.  Find more of Louis’ incredible photography and writing at Gink and Gasoline.

“I thought you might like these,” my brother Tom holds out an old yellowed envelope. “I found them going through some of Pete’s things.”

William Starling Cahill, who preferred to be called Pete, was my Grandfather and the man who taught me to fly fish. He’s been gone for many years now but from time to time little gems that he left behind will turn up. My brother now lives in Pete’s old house which puts him in a good position to uncover relics.

I open the envelope and into my hand spill two feathers, dark down one edge and bright yellow along the other. “Ooooohh,” I exclaim and catch Tom’s eye, “Unobtainium.”

Yellowhammer is what we call them here in the south. The Yellow Shafted Flicker, a delicate little woodpecker who’s hammering used to echo off the hills of the Southern Appalachians. He’s almost completely silent now, shotgunned to the brink of extinction.  Just having those two little feathers now could land me in jail. The Yellowhammer is heavily protected, now that it’s pretty much too late.

Yellowhammer is what we call the fly too. The one that’s tied from those feathers. It’s a wild, buggy looking thing. You wouldn’t expect a trout to eat it, but they do, like there’s no tomorrow. It’s a pattern as old as the little abandoned country church I pass on the gravel mountain road that leads to the stream I don’t tell anyone about. It’s as old as the graves there in the church yard and just as forgotten, but I still fish it. 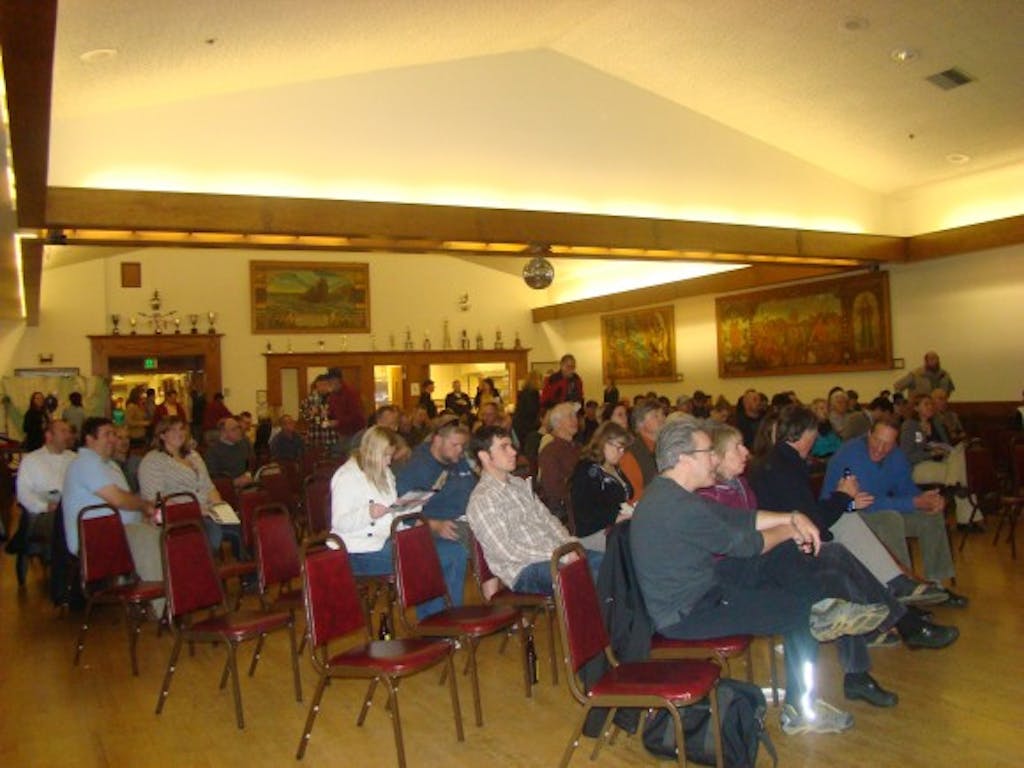 It’s the perfect fly to catch Southern Appalachian Brook Trout. The Brookie, or Speck as they used to call them, is our only native trout. Forced south from New England by the ice age long before there was an England, new or old. When the ice retreated, like lots of folks who visit the south, the brookies stayed. They evolved, adapted to their new home and, like the Scotts and Irishmen who came to these mountains, they ended up just a little different from their northern cousins.

They are as scarce as the yellowhammer now, but with none of the protection. The old folks tell stories about catching them sixteen inches long in the same streams where today an eight inch fish is something to brag about. Come to think of it, the old man who told me that story is gone now too.

Go to one of those fancy sushi places in town and have a look around the saltwater aquarium. You won’t find a fish that compares to them. Persimmon orange and hemlock green, the gold of autumn grain, blood red spots with halos as blue as October skies.  Black mouths and on every fin a crisp white edge from Gods own pallet knife. They are gem stones lost in the stream. They are swimming jewelry. 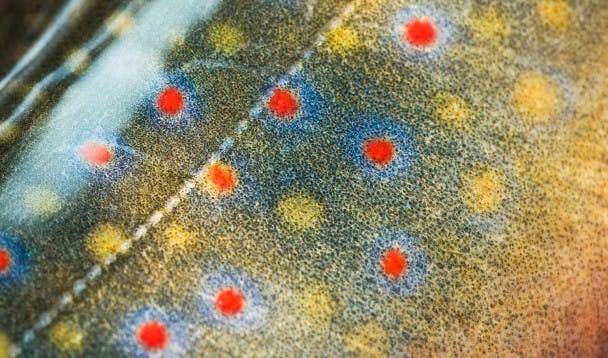 If you want to see them you have to go like a penitent, on hands and knees through briars and rhododendron. You have to clean spider webs from your ears and dirt from under your nails. You have to climb and hike and crawl to them. You have to climb the waterfalls that the rainbows and browns can’t pass. You have to hike farther than the bait fisherman will go, with their bread bags ready to stuff full of trout. You have to crawl through the thicket at the end of the trail. That’s where they live. That’s the only place left for them. 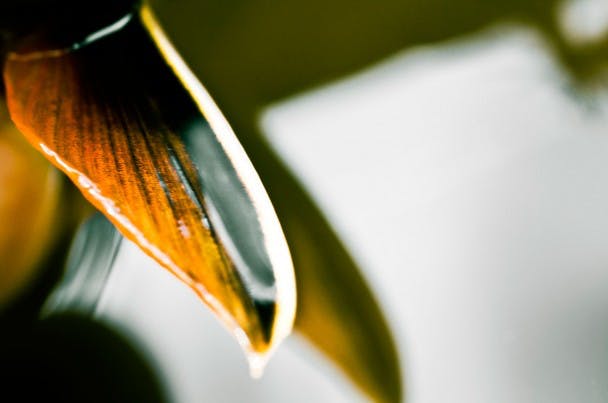 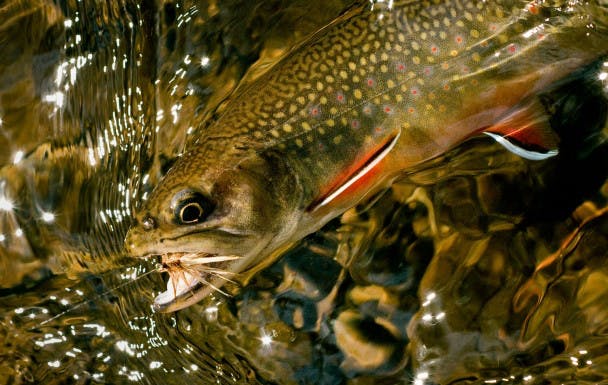 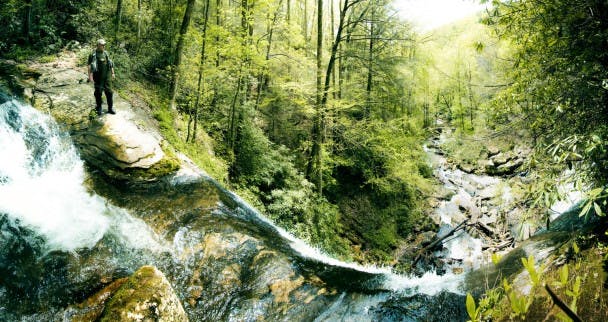 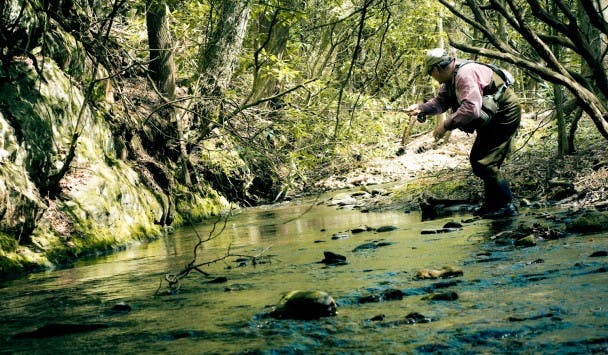 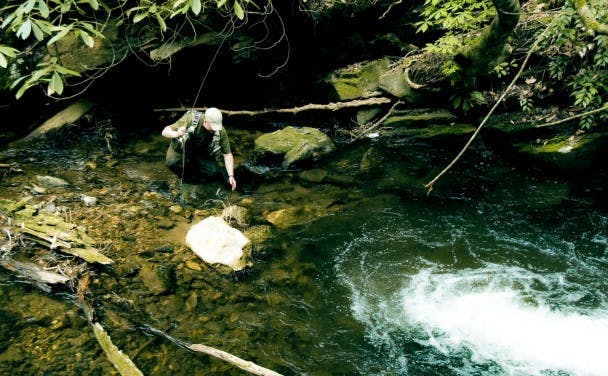