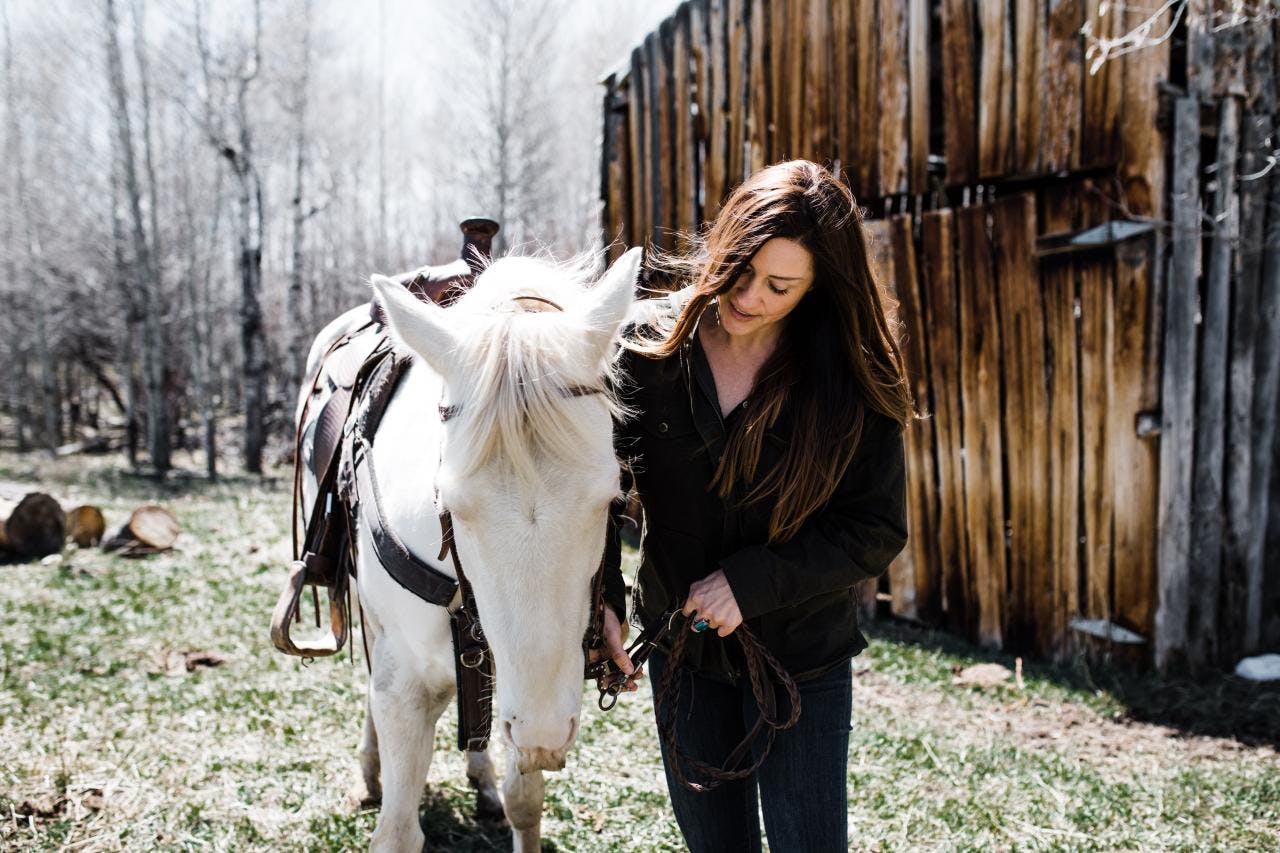 There is a secret language that exists between horses and humans. Voices hold no value, and there is instead, a palpable yet quiet communication between animal and rider. Volumes of silent dialogue are conveyed through body language.

As prey animals, horses are constantly on guard for predators. Given the choice, they would always rather run than fight. This is not a learned behavior; evolution has provided them with this instinct. If something scares them, they try to leave and will only fight if they are cornered and have no other option.

We all know this dilemma and I have been playing out these two options in my own life over the last few years. Do I stay and fight? Or do I run away? Last August, I experienced firsthand how powerful this instinct is in both horses and humans. 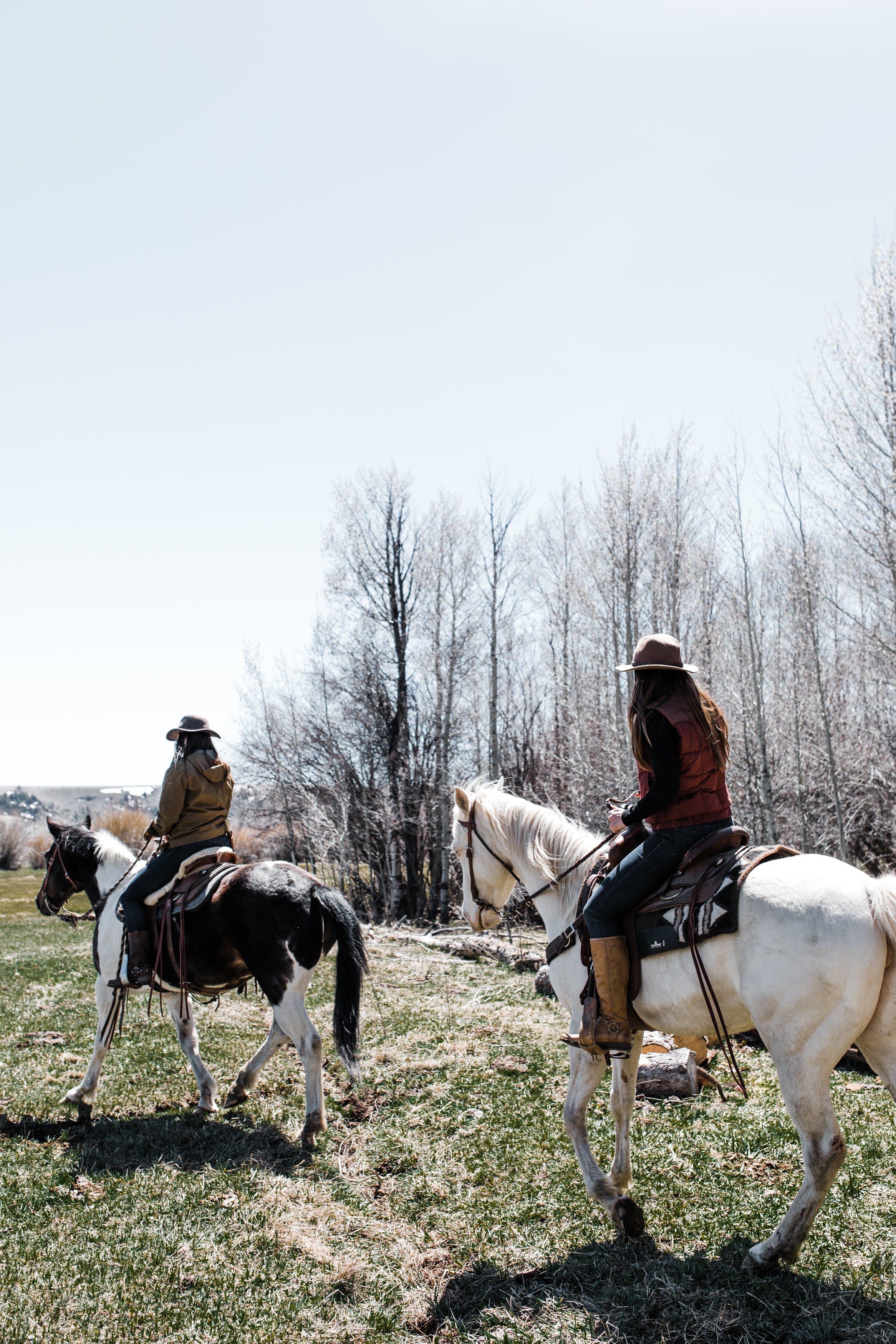 The sun began to set and a piercing pink hue washed over the lake. We had just reached the top of the trailhead and 6 friends were tailing me on their horses. We cantered up Millcreek Canyon over the newly wet ground, the smell of rain, pine and aspen draped gently over the mountain like a familiar blanket. I started to gallop, confident in the pace and relaxed as we rode.

There are moments in movies where suddenly everything slows, and the light and shadow of movement take on a kind of heavenly quality. I remember – for what must have been exactly one second – thinking how beautiful that scene was; the colors of sunset’s warmth washing over the trees and the harmony of each hoof beat all coalescing into a perfect moment in time.

Suddenly, my horse pivoted and rocked his body to the left. He then bolted down an unmarked path at full speed, swerving wildly. I looked up to my right and on the ridge line a moose peered back at me under a massive crown of horns. He disappeared from sight as we charged down the mountain.

A spooked horse is an animal out of control. The endorphins of my terror removed time. No clock. No calendar. Nowhere to go. I tried to stay calm but he was racing downhill like a freight train. I pulled maniacally on the reins with every ounce of strength I had to get his head down – to get it to the side. I tried to breathe. I tried to stay calm. I tried to communicate in that silent telepathic dialogue I thought my horse and I understood in each other.

We flew in and out of the aspens, my body mere inches from trees that would easily have blown my kneecap right off my leg. I looked up just in time to see that there was no trail ahead. Just the end of the horizon line and a massive cliff which looked like the end of the world. 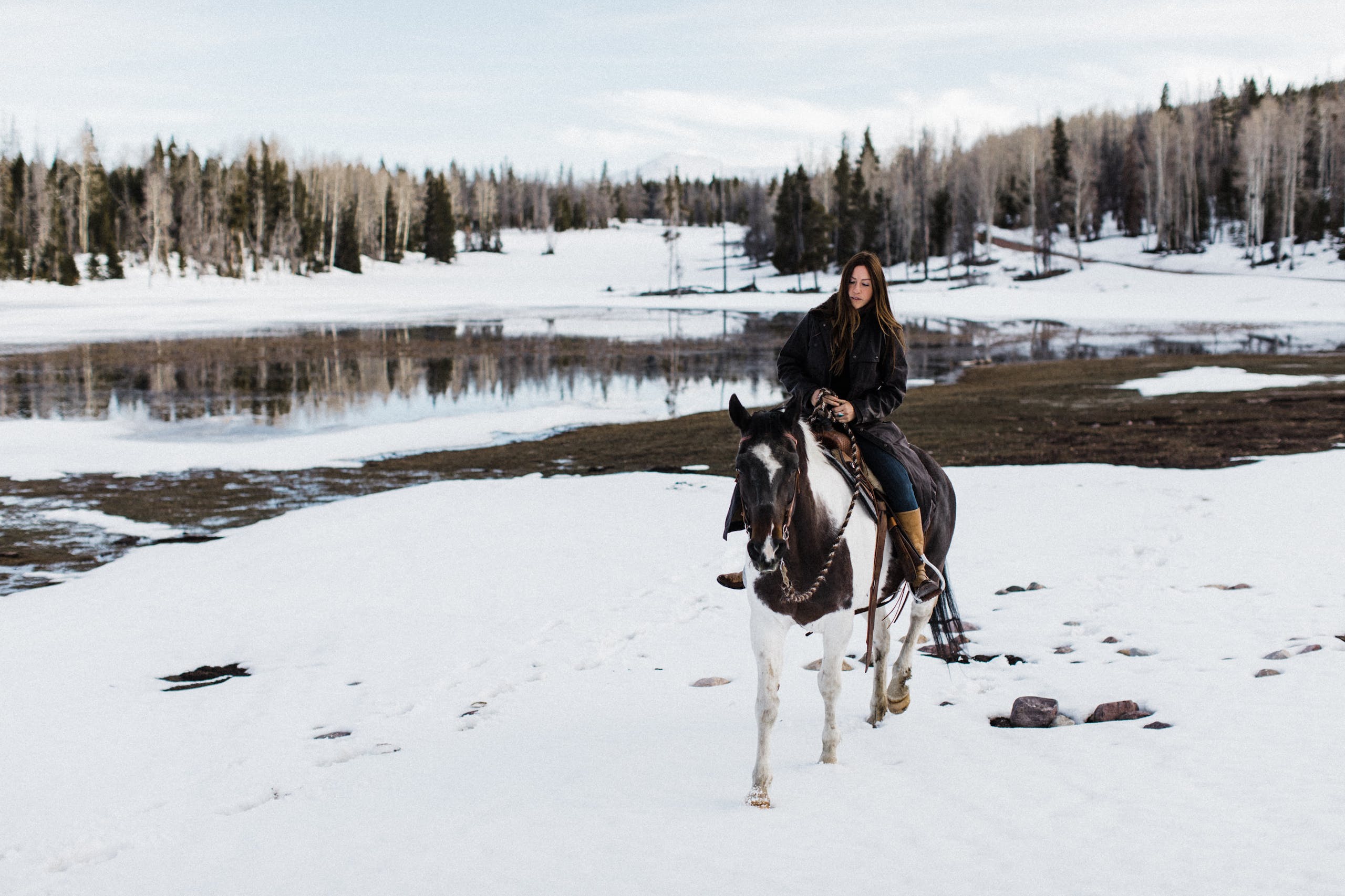 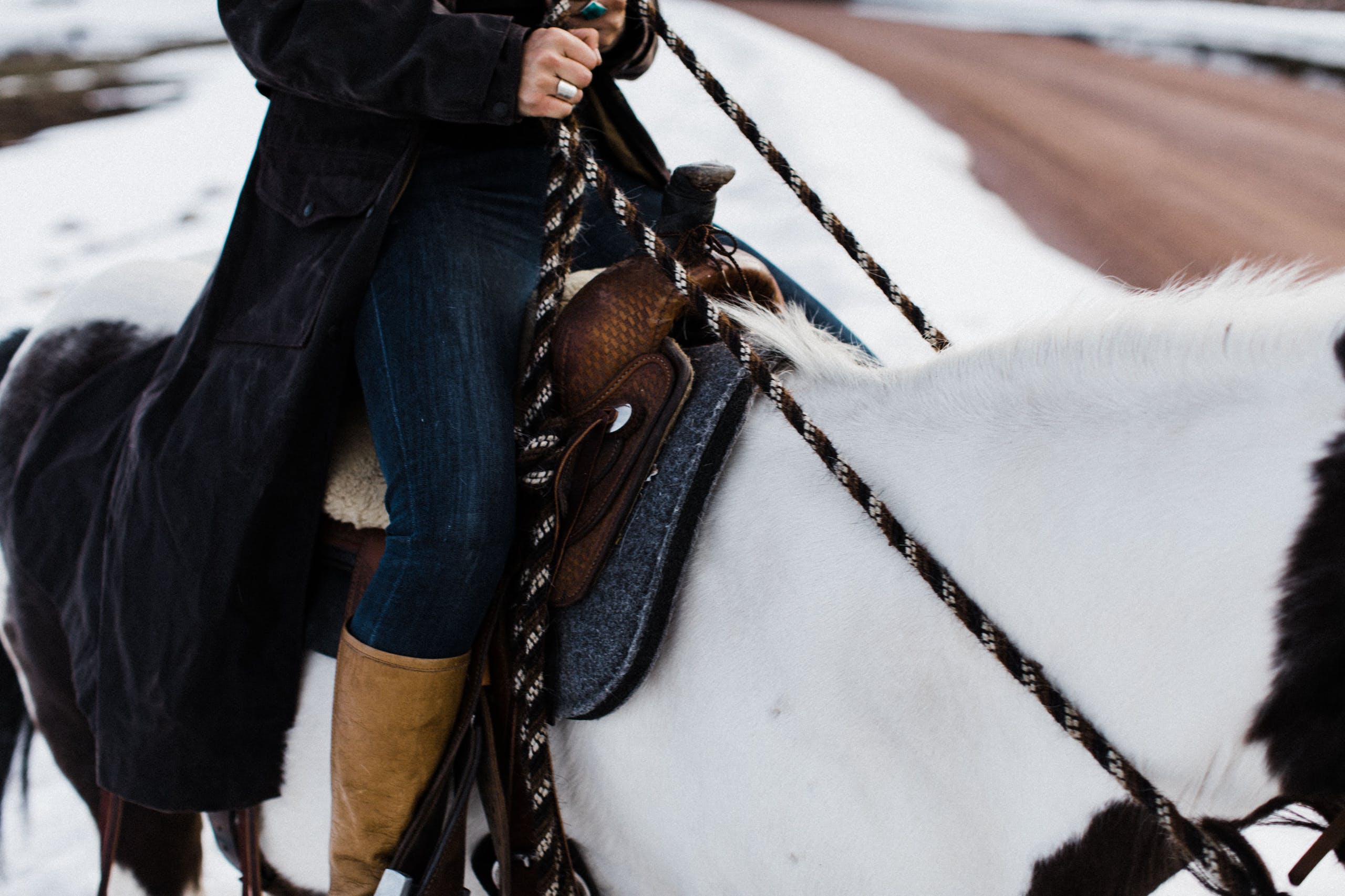 Without thinking through either option, my body chose for me.

I flew. Rather, I jumped and barrel-rolled.

I laid on the ground for a moment, gathering myself and doing a body scan from my toes to my skull. Neck pain. Blood on my jacket. Nothing broken. I looked up at my horse who had stopped immediately after I jumped. I screamed every expletive I could think of and then had the urge to laugh at the absurdity of attempting to communicate with him through human swear words.

I played it cool on the ride out in the dark but when I got home that night, I sobbed in the bathtub, tending to my wounds. Trauma is like a layer cake and when you trigger the collapse of the outermost layer, you can feel the formidable weight of the older ones pulling you deeper into powerlessness. I wanted to run out of my body. Out of pain.

Of course, we are not horses and you and I both know that fear and pain can never be outrun. Intrinsically, I think we all know that real power lies in staying; in fighting for what we believe in, or sometimes, in simply staying present to the pain we so desperately want to escape. 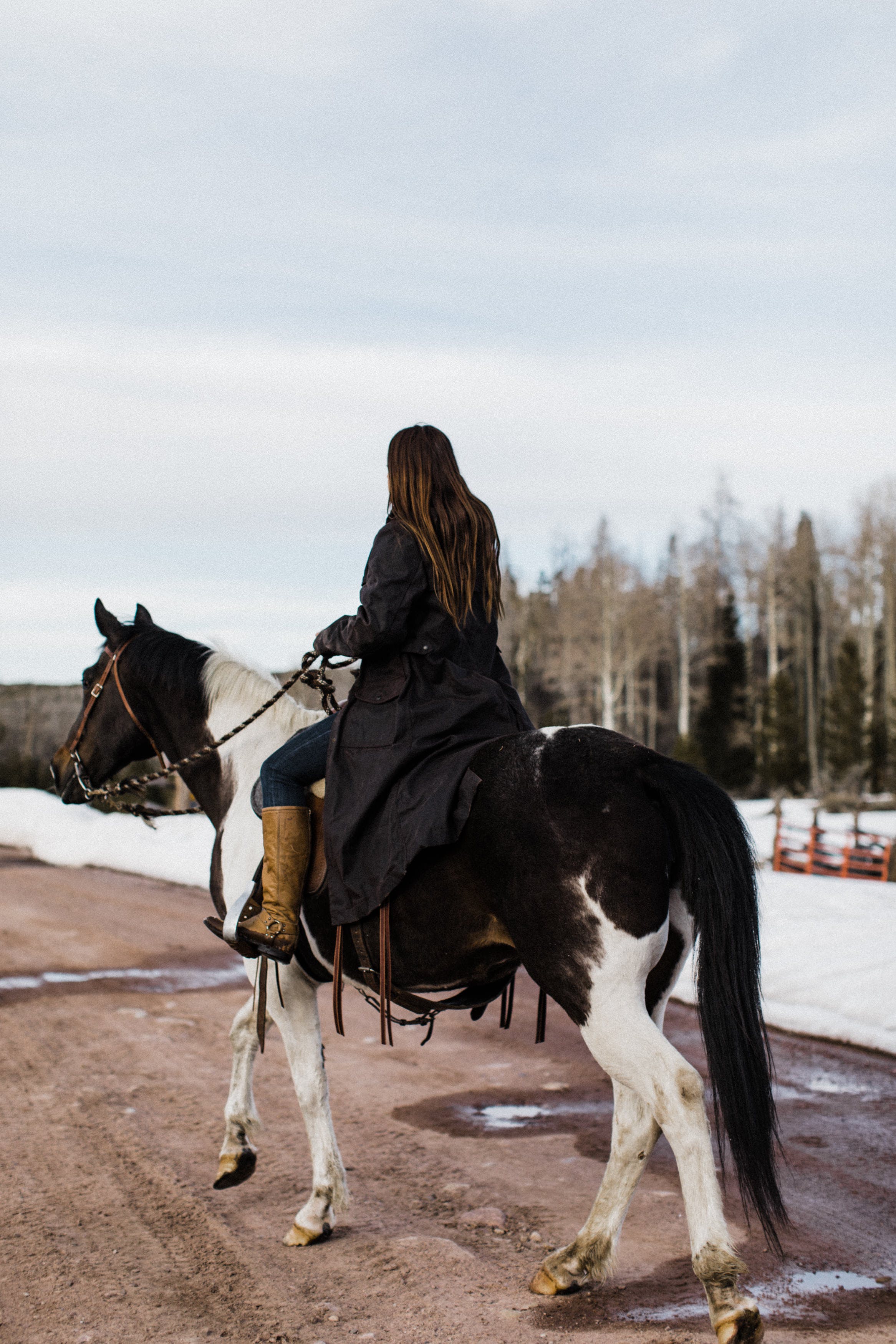 You have to figure life out as you go. Sometimes this feels like taking an enjoyable ride on your horse up a beautiful trail, and sometimes it feels like riding to certain death at 40 miles an hour down the mountain.

Don’t get me wrong. There are certainly times when it’s appropriate to run. But more often, it takes real skill and clarity to stay for the ride, even if you get thrown off every once in awhile. The habits that we pay attention to become who we are, one moment at a time, one day at a time. A small action repeated, is not a small action — it is the building block of courage, and I believe that’s what we’re here on earth to learn.

It is excruciatingly hard some days. But you are not alone. Pick yourself up.

And get back on the horse. 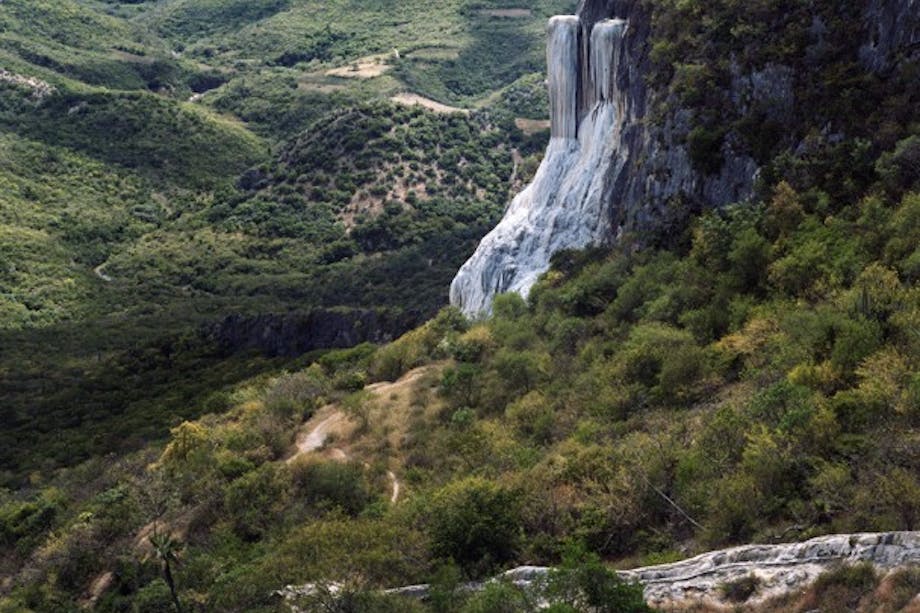 After carefully reviewing the multitude of impressive photo entries we received, we are pleased to announce the winners of the Filson + Magnum Outdoor Photography Contest. We couldn’t have been happier with the caliber of submissions and portfolios from our fans, and wanted to thank all those who entered.   First-place Winners and recipients of