Many a man has felt the pace and stress of life wash from his soul while standing mid-river, fly rod in hand. Solitude is perhaps the thing most often sought by the seasoned fly-fishermen; the thrill of landing a fish is a welcome addition to an already fine experience. Read along as we follow once such fisherman, swinging for Steelhead on the Klamath River. 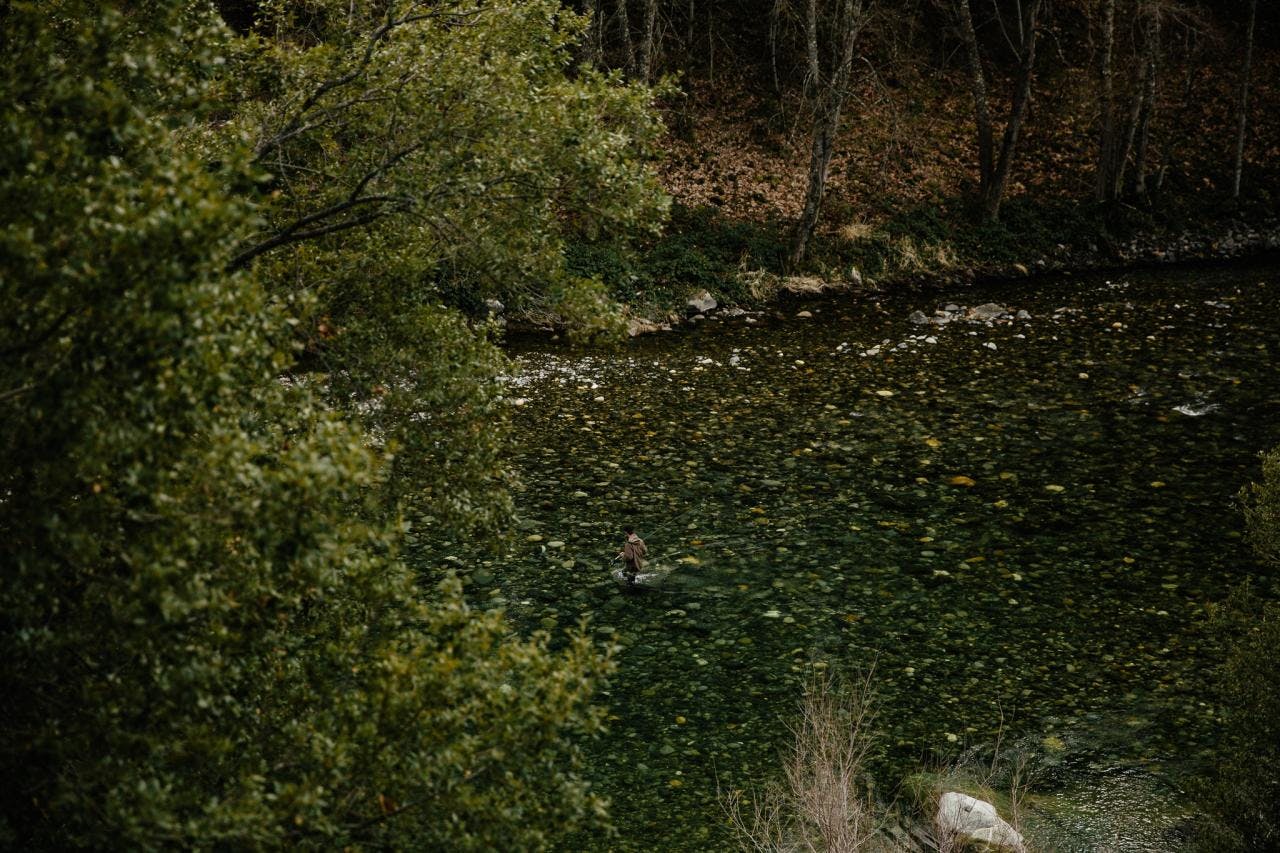 It’s often said that fishing isn’t always about the catch, but rather the experience as a whole. It’s my personal belief that the majority of times that statement has been uttered come fresh on the heels of being skunked. That’s not to say there’s zero truth in the colloquialism, but when the air freezes your boot laces stiff and you’re struggling to keep the feeling in your extremities, it’s not unnatural for even the most adamant anglers to question their motives. No one may be more in tune with that sentiment than the modern steelheader. 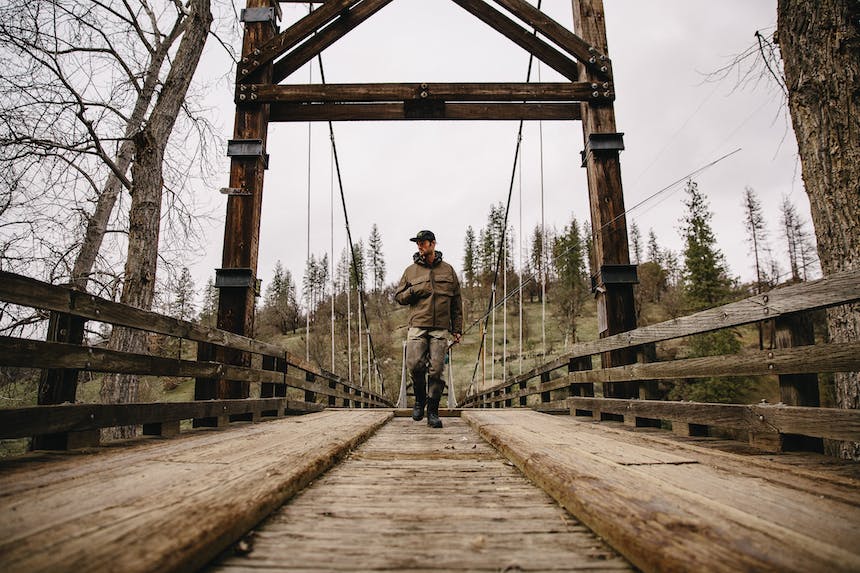 With a success rate likened to that of a unicorn hunter, steelheaders have got to be onto something.  Viewed through their lens, maybe the catch itself really doesn’t matter as much as we want it to. Could the miles in the truck, the sore rowing shoulders, and riding the high of what could find its way onto the end of your line be worth more than the end result? What I do know for certain is steelheaders aren’t out there because it’s easy, even though watching a seasoned spey caster effortlessly send their line through a juicy run sure makes it look that way. A host of finicky factors are working against them, from ideal water temperature to flow rates and seemingly everything in between. So, if not for the sake of the fish itself, can there be any other reason to stand in a river “waving a stick,” as beloved angling author John Gierach says? On a brisk afternoon on the famed Klamath River amongst overcast skies and intermittent precipitation, I take in the sights and sounds of my friend Keith mid-cast, fully immersed in the singular moment before me, and the answer comes rushing in. 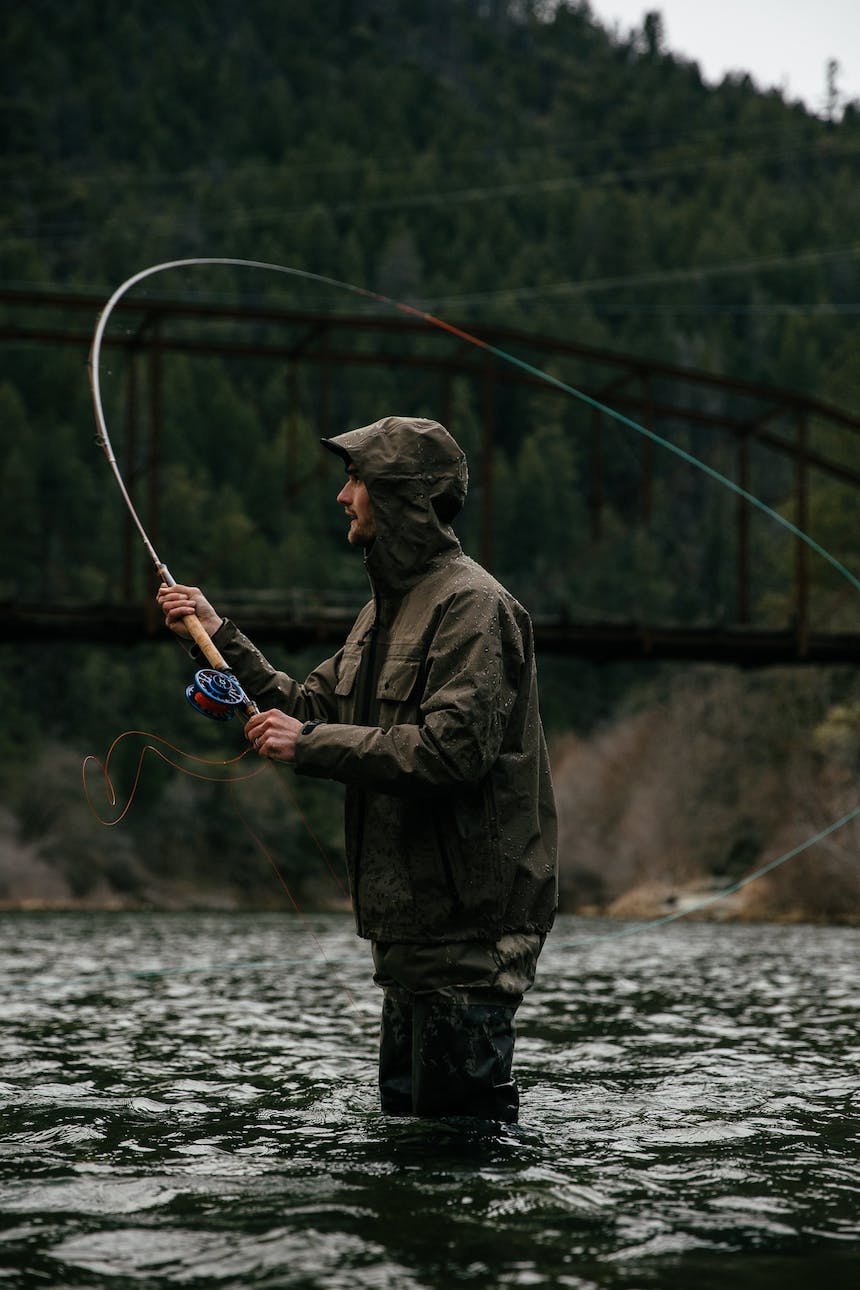 There’s a tangible solitude in fly fishing that can’t be duplicated elsewhere, or at least I haven’t been able to do so. My mind completely empties of cluttered thoughts, trapped lyrics to that nagging song I can’t seem to remember entirely, and anything else but what’s right in front of me. Moments unfold around you in ways they don’t seem to elsewhere.  You’ve never seen an osprey in the same light as you do when you’re knee-deep in its territory and the screech of its call echoes off the timber along the bank. Time seems to stand still, yet you’re keenly aware you don’t have enough of it. The dance of low-lying clouds kissing the tree tops becomes a distraction for the task at hand. I’ve never praised the beauty of a routine Tuesday like I have when I’m wading. Knowing there are fish darting around in that same river almost becomes a consolation prize. Almost. 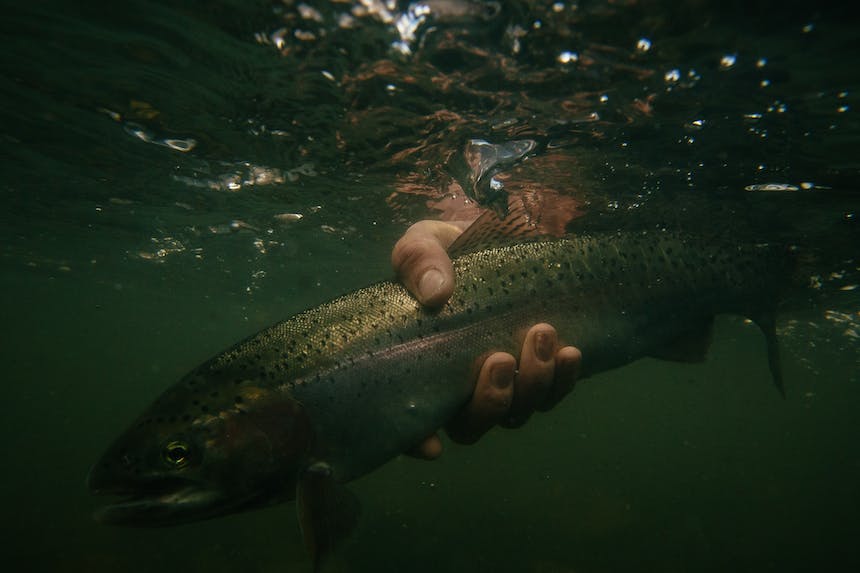 Perhaps the modern steelheader isn’t searching for a singular result as a measure of success. The tension in the line from a connection with a fifteen-pound sea monster is undoubtedly one such indicator, but simply bringing to hand a modest, albeit healthy, specimen having spent only a year at sea is meaningful and should be celebrated with all the same vigor. Allowing yourself to contemplate the grandeur and complexity of a steelhead’s journey can make you feel quite small in the scope of the natural world and do wonders for combating that feeling of failure on the slowest of days. 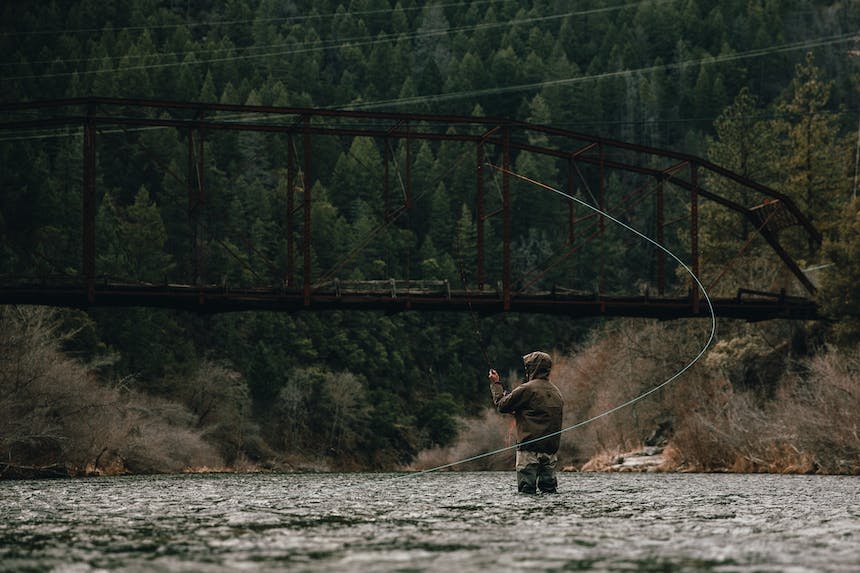 It’s those small moments with modest fish that continually bring a smile to my face while I’m trapped inside the concrete jungle. Those moments serve as a great reminder of why most of us picked up a fly rod in the first place: to connect with something on a deeper level and embrace the experience of swinging a fly. 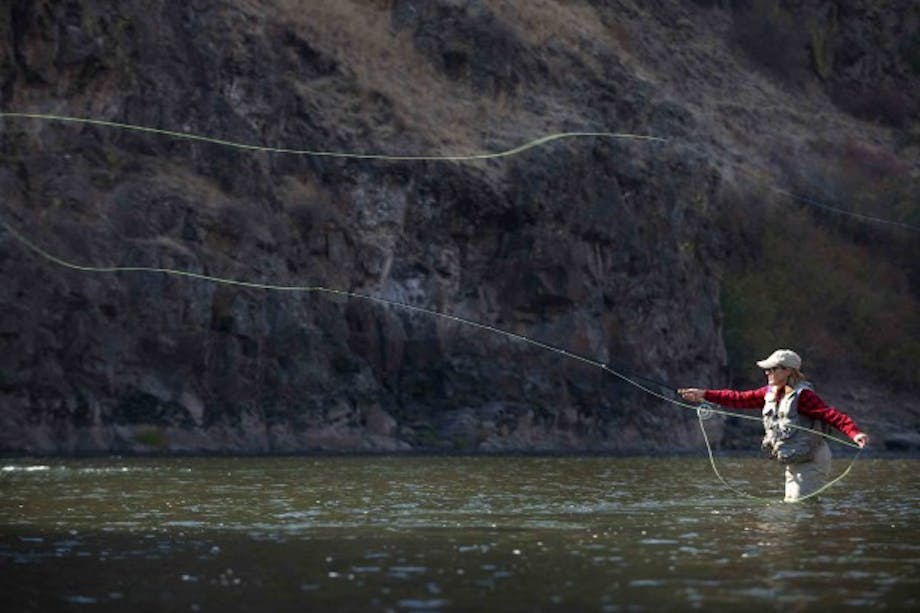