THERE ARE WARNINGS GALORE FOR THOSE WHO PULL ONTO THE DALTON HIGHWAY. LARGE SCRUFFY SIGNS TELL OF THE HARDSHIPS THAT TRAVELERS WILL FACE ON THE 414-MILE ROAD. SEVERE WEATHER, RUDIMENTARY ROAD CONDITIONS, AND EXTREME ISOLATION ARE FAMILIAR COMPANIONS FOR ANY WHO DECIDE TO DRIVE NORTH ON WHAT’S BILLED “THE LONELIEST ROAD IN AMERICA.” PARALLELING THE TRANS ALASKAN PIPELINE, IT’S THE MAIN SUPPLY LINE FOR THE NORTH SLOPE’S OIL FIELDS AND HOSTS A CONTINUAL CARAVAN OF SEMI TRUCKS HAULING ALL TYPES OF GOODS.

It also serves as an access point to some of the most pristine and remote hunting grounds on the planet, areas that most have only read about, areas that cause hunters to lay awake with Jack London dreams. The peaks and valleys of the Brooks Range and the endless plains of the Arctic north of Fairbanks, are home to moose, bear, caribou, sheep, and a host of other species.

For all of recorded history, the returning sunshine of spring has been a signal for hunters. It has always been the time when animals reappeared in abundance, and the time when the hunt for sustenance began. So it is along the Dalton Highway. Bruised and battered vehicles start to traverse the roadway headed north, slowly working their way through icy patches of blacktop and rutted-out stretches of gravel. Inside each car, hunters steel themselves for the upcoming journey into the wild, much like countless others have before them.

Like so many things in Alaska, hunting alongside the roadway requires a different level of commitment. Unless you are a member of an indigenous tribe, no motorized hunting is allowed, and for four miles on each side of the road, no rifle hunting is permitted. To hunt, one must work.

Hunting for game on skis is not easy. It requires commitment. The weather is often harsh, the trails, if any, challenging, and the quarry difficult to find.

Hunting for game on skis is not easy. It requires commitment. The weather is often harsh, the trails, if any, challenging, and the quarry difficult to find. It’s a more organic way of stalking prey. The advantages that the modern hunter has are fewer. It’s more akin to times past when hunting was much more rugged and dangerous. Skiing into the backcountry off the highway can be deadly, especially in the spring. Storms can blow up unexpectedly, the temperatures often top out at twenty below, equipment fails, and there is no lifeline. You are on your own.

The four men on one particular hunt knew that they were here to do something common in Scandinavia and other parts of the world, but not so much here—they were going ski hunting for caribou. As they pulled their forty-pound sleds up the first ridge, each man’s breathing increased and their heads were shrouded in clouds of frosted breath. The sleds were a necessary encumbrance; they would be used to haul out their kill. Soon they were shedding layers to avoid soaking their clothes in sweat. The silence was deafening. You could hear the ice crystals crack underfoot as their skis slid over them. As they climbed higher, the views got better and better. The day was brilliantly clear and the windswept slopes were covered in snow. Nothing living moved except the four men. Animal tracks were all around them. After several hours they stopped to set up camp near the frozen Itkillik River in a quiet valley that offered some shelter from the arctic winds.

After a night spent wrapped in sleeping bags inside tents that groaned under the omnipresent winds, they headed out in search of their prey. Their dirty white coveralls blended in with the glistening snow. Rifles hung over their backs, swinging slightly from side to side as they skied over the tundra. Almost immediately, they came upon piles of scat and a plethora of tracks stamped in the snow. In addition to the distinctive hoof marks of the caribou, there were also paw prints left by the wolves that continually follow the herds.

The caribou of the north are the masters of their terrain. Their senses have evolved to allow themselves to detect even the slightest movement in the distance, the better to avoid wolves and stay alive. When they move, their hooves skip over the snow, and they can quickly disappear. By traveling in groups, their odds of survival increase.

The caribou of the north are the masters of their terrain. Their senses have evolved to allow themselves to detect even the slightest movement in the distance, the better to avoid wolves and stay alive.

“As a hunter, I enjoy getting back in touch with my roots. There is something primal about working hard for your food,” says Eli Sturm. “It connects you with the hunters that came before you who did not have snow machines and modern tools.”

For three days, the men ventured forth, silently gliding over the frozen terrain, continually searching for their elusive prey. Using the scopes on their rifles, they would scan the horizon, searching for the caribou herds that had just recently been there. Each trip from camp was an exercise in caution. The lure of distant hills was strong, but to be caught far away from their base at nightfall when the temperatures would plummet was dangerous. Without the shelter of their tents and sleeping bags, plus their stoves to melt snow into water, they would die. Plus, each day their clothing became more soaked with sweat, slowly losing its capability to warm their bodies. This far north, there is no wood for campfires to dry gear around. One learns to cope with the ever-present cold.

In the end, they were unsuccessful. After three days, their supplies were running low and it was time to head out. The sleds were empty as they skied back out to their car. Like hunters before them, they knew when it was time to leave. But they will be back to head into this untamed wilderness, to test themselves again, as countless others have done in the past. 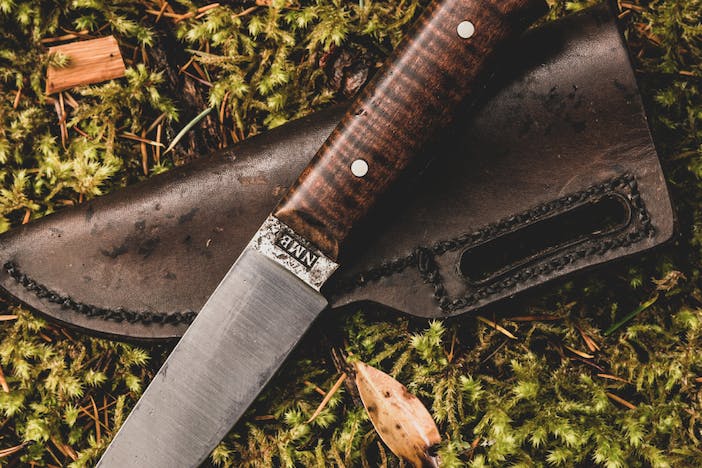 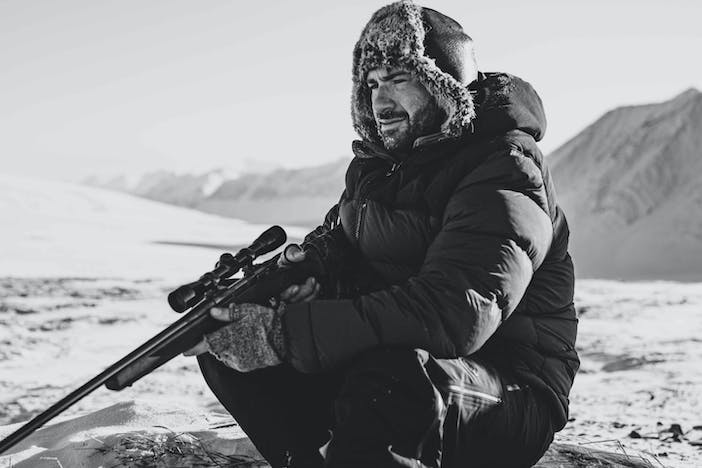 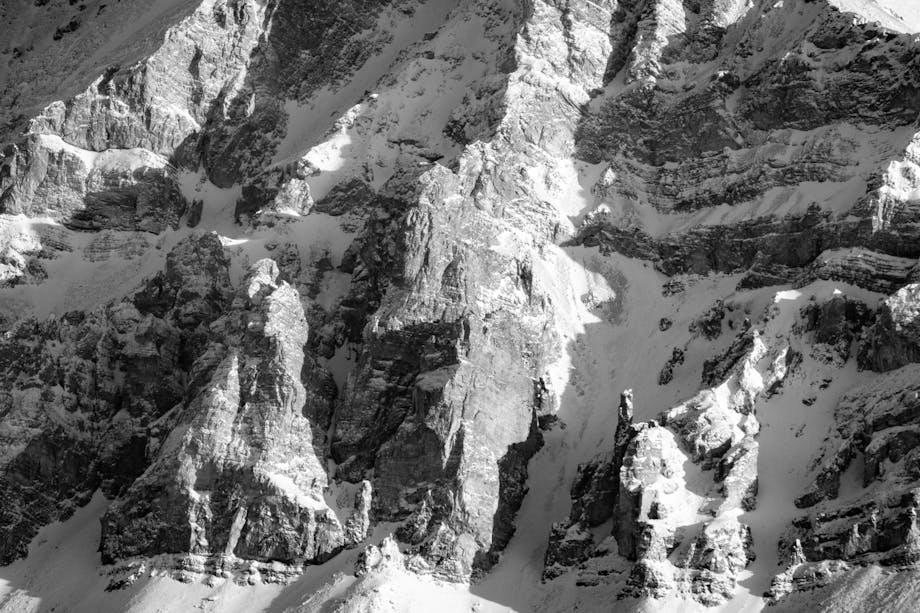 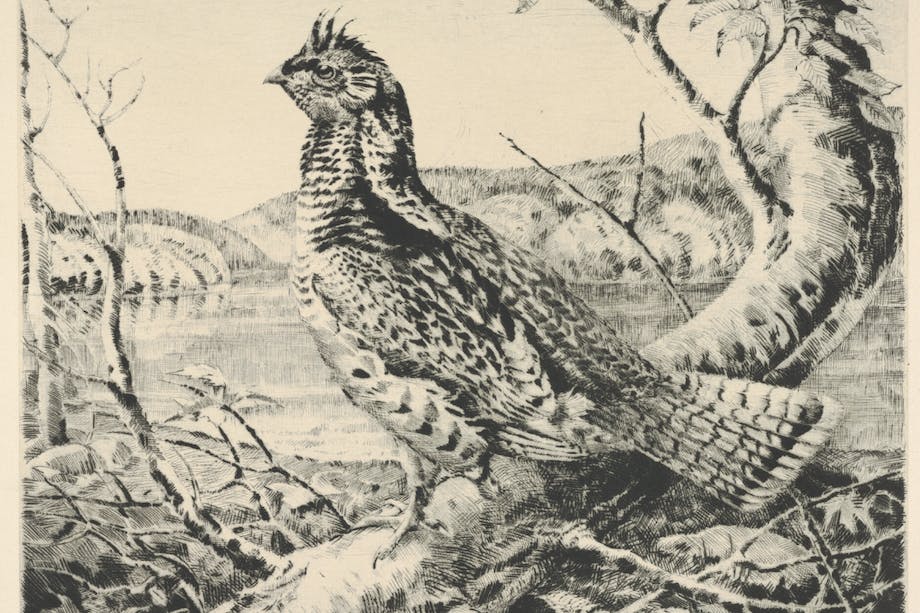 The ruffed grouse is affectionately called the king of game birds by those who enjoy hunting them on crisp autumn days. As their nickname hints, the ruffed grouse is challenging prey for new and seasoned hunters alike. They are swift fliers, wary, and learn by experience the fine art of avoiding predators of all kinds. But by using a few basic principles you can start off on good footing, and with any luck, bring home a few ruffs for the table. 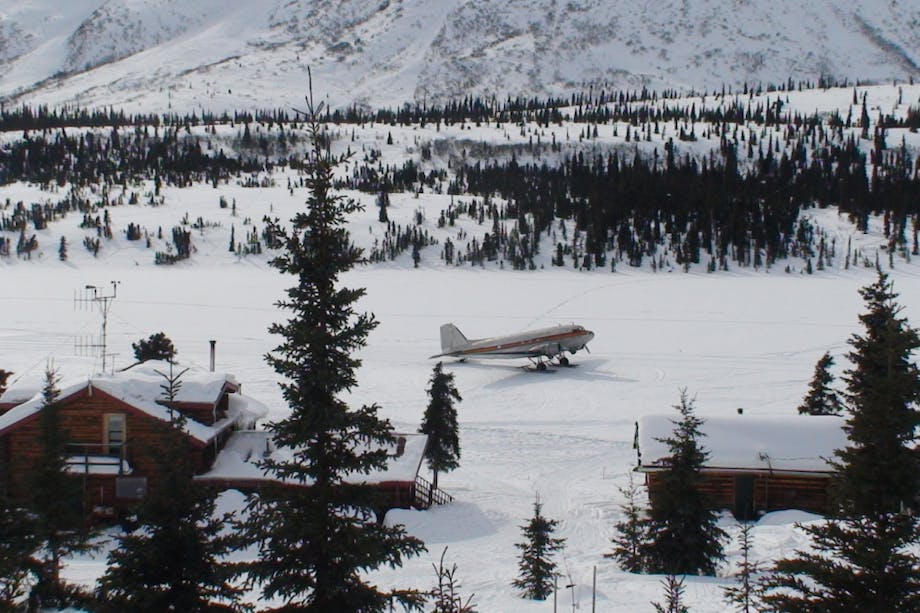 At age 17, Steve Perrins paid $1 to watch a home movie that rearranged his brain. It was March 1974. The 16mm reel, screened at a New Hampshire high school, was filmed by Buckey Winkley, an Alaska hunting-and-fishing guide, who was there fresh from the backcountry. Sitting in the audience, Perrins was transfixed by the images of bears, Dall sheep, trout, and salmon. Afterward, thirsty for adventure, he approached Winkley. “I’m going to Alaska,” he said, definitively, and he asked the guide for help.