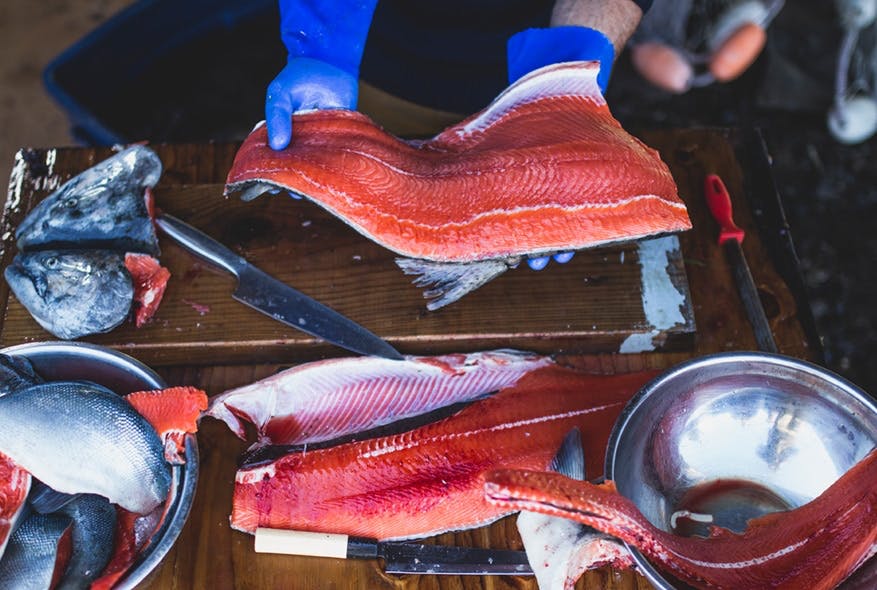 Early in the long days of summer here in Bristol Bay, I constantly feel as if I am holding my breath. Our family’s 32-foot drift boat has sat on blocks all winter, and the anxiety for the moment when my husband will turn the engine over for the first time each spring is incomparable. Commercial vessels here log a full year’s worth of hours in 4-6 short weeks only to sit dormant for months in the freezing cracks and thaws of winter.

Invariably in early summer, at least one cussing injury will occur, some type of frustration will spring up, grease will permeate every load of laundry we run, and in every conversation will be the silent, lingering question, “When will the boat be ready?” The batteries will need to be charged, wiring harnesses on engines checked, terminals cleaned, and oil changed; then, the moment of truth will arrive.

The key hits the ignition and every deckhand holds their breath. The diesel engine turns over and the crew’s whoops of celebration ring quick through the scent of exhaust across the boat yard. We are one step closer to going fishing. 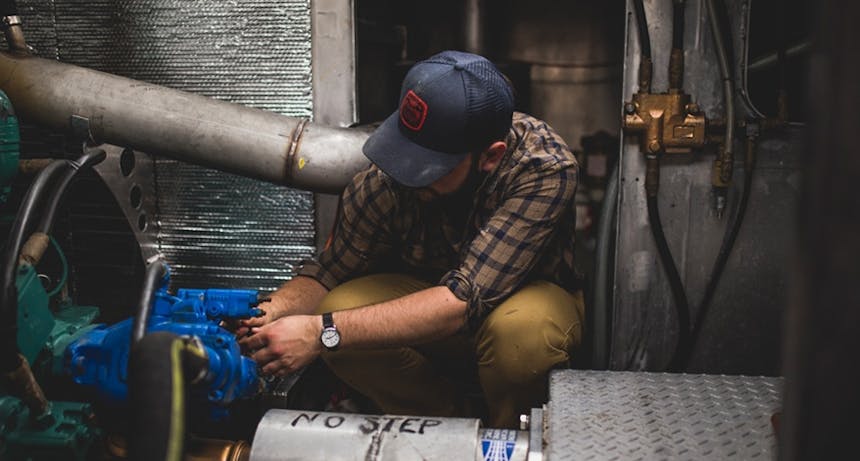 Bristol Bay is salmon centric; the year here begins anew with each salmon season. This remote southwest Alaska region spans 47,000 square miles and is home to the world’s largest wild and sustainable Sockeye salmon fishery. With over 56 million Sockeye returning to the Bay in the 2017 season, the numbers were staggering. Salmon have an immense impact on the culture, economics, and vast ecosystem of Bristol Bay.

For centuries, Yupik, Aleut, and Athabascan peoples have called Bristol Bay home, and salmon are intrinsic to their way of life. Their traditional techniques are evidenced in the first wind-dried and wood-smoked King Salmon strips that come out of the smokehouses each spring; these morsels are eaten and shared as treasure. Salmon is a culture unto itself, and many rely on it to feed their families year-round, including us. We salt buckets of Silvers for pickling months later. Sockeye and Chum are split and filleted, frozen or jarred, and Kings are prepared just as their name would imply—as fish royalty—with all their parts utilized. 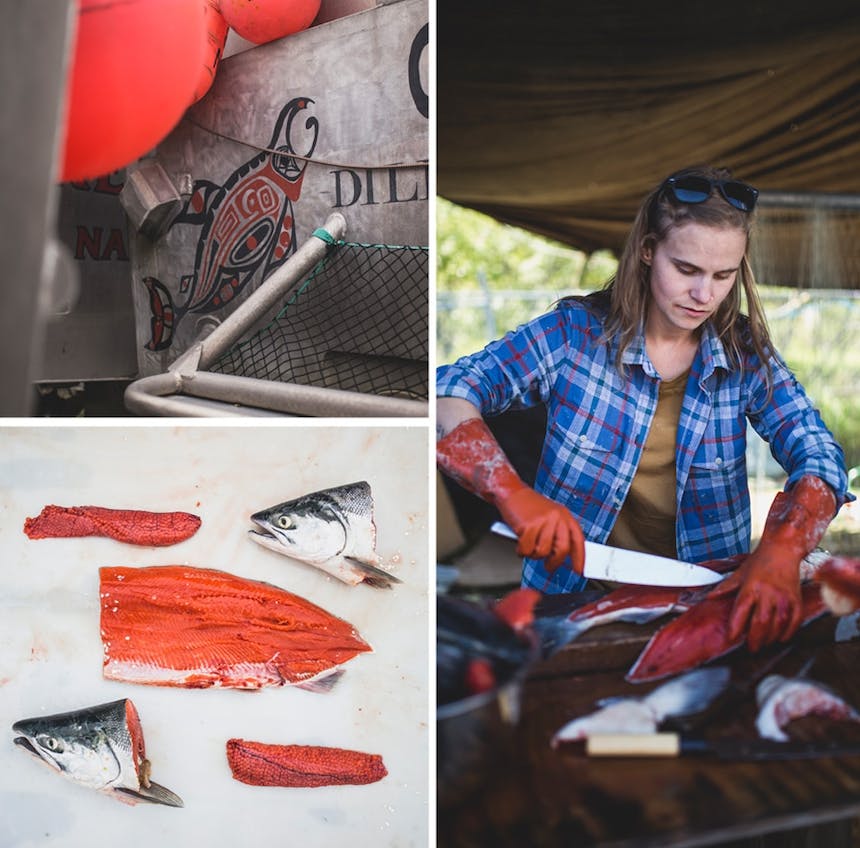 My own love affair with commercial fishing began a few short years before my husband Bronson and I began to share our salmon affections. Our passion for fishing endures, renewed each season with the tide. Bristol Bay’s commercial fishing endeavors are hard to beat when it comes to the history of a fishery.

Late in the 1800s, on the shores of what is now the Nushagak District (the site of our home), salteries and canneries brought floods of foreign fishermen and workers to harvest the bounty in the waters here. From near the conception of the fishery to well into the 1950s, all commercial fishing here was undertaken with only sail power. Not only did you have to be a good fisherman to succeed, but you also had to be an experienced sailor.

The iconic imagery of the period is that of sleek double-enders with their square sails and two-man crews. Men outfitted in oilskins, subsisting on mainly hardtack biscuits during the peak of the run, were often found wet, chafed, and hungry. Boat fires were a common occurrence. Fierce rivalries between canneries encouraged risk-taking among the crew; injuries and cold-weather conditions wore on all in the fleet. Storms and rapid riptides combined with large catches led to precarious situations as sailboats offloaded their scaly cargo at the scow. Often boats would swamp, washing away catch and crew. The promise of a good season’s pay outweighed the danger each hand on deck knew to be inherent. It was a time when fishing truly relied solely upon the grit of fishermen, the wind, and the tide.

In 1951, fuel power entered the Bay and began modernizing the fleet. The mechanics changed, but the integrity of the fisherman did not. Every season, captains and crew continued to face the dangers of rough seas snapping lines, large catches swamping back decks, grueling hours without sleep, competitive fishing, engines and stoves sparking boat fires, tie-ups going awry, and even lost limbs or lost lives. 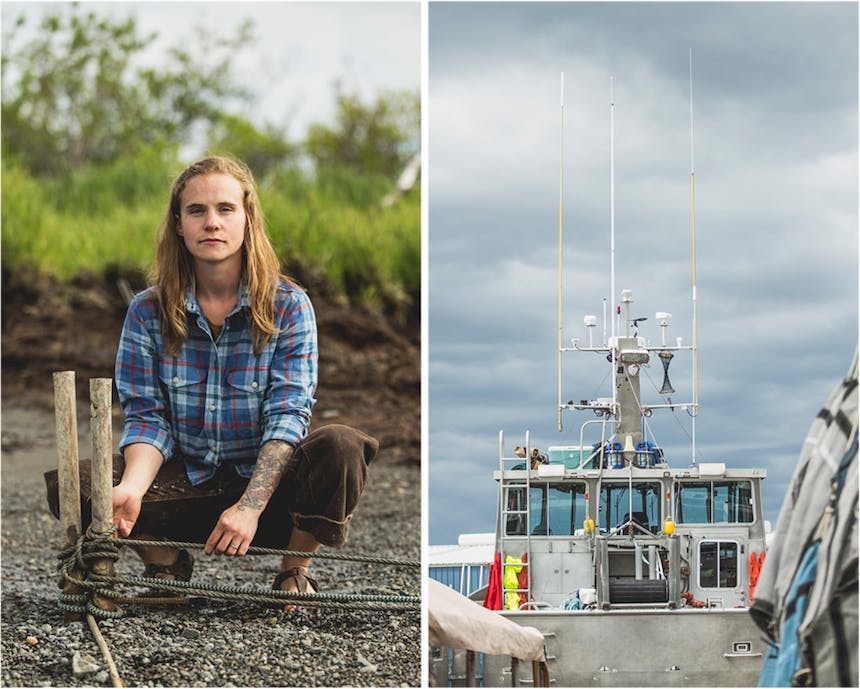 My husband’s grandfather first came to Bristol Bay in 1952 to drift the wooden sailboats amidst some of the newly powered vessels. Currently he is a spry 80 years old, and one of the most hardworking men I have ever met, drifting the entire season last summer putting younger men and women to shame. He is often found alone on his deck in late season running the net and gear, something most fishers wouldn’t do, as an errant anchor chain, a miscalculated lay-out of the net, or a rough tie-up easily could lead to disaster. Yet there is no dissuading the man once on his course. I’ve often seen this sentiment in my husband and his brothers, who all captain their own boats in the salmon fishery.

Unfailingly, they persevere through breakdowns and rough seas to make our livelihoods. Bronson and his brothers are third-generation commercial fishermen who are now teaching our children the value of a hard tide’s work, the joy in salmon coming over the back deck, and that smidgen of stubbornness that is hard-earned. There is an innate sense of pride in late season when we fish as a family for Silvers and Pinks, wrangling our twelve-, five-, and two-year-olds on the back deck, my two young daughters clamoring to pick the fish from the net while our nephew runs the reel.

This time of year, we begin to look ahead. As I write this, we are still in the throes of winter, but with long days of light quickly approaching, salmon fishing will soon be here again. Every spring we feel excitement as seasonal fisher-folk arrive among our year-round ranks.

Eagerly, I will trudge out onto the mud flats to pound pegs for our subsistence set net site, run my lines, and set my net. I’ll wake at the ebb tide to pull my gear and hope for fresh salmon, as our freezers have been emptied of the harvest from the season before. I’ll greet friends on the beach, coffee in hand, and compare catches. I will split fish, share the first fillets, and light the smokehouse anew. Our crew will arrive, and the yard will begin bustling with net work. I will hang and mend gear while Bronson and the crew commence boat cleaning along with maintenance of the deck gear, engine, and water-chilling system. That moment when the key hits the ignition will occur once more, and soon we will all go fishing.

As the fleet strives to maximize the quality of the catch, it is the quality of the fishermen in Bristol Bay who are the salt of the earth and sea that make my life richer. At the heart of our family, we are salmon people who know no better way to live, and in this life we are fulfilled.