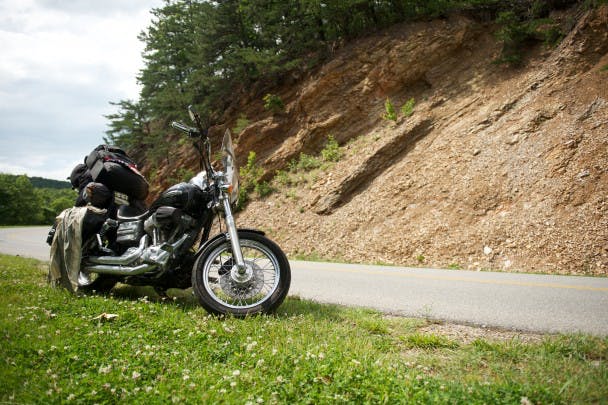 Tyler Sharp is a documentary photographer, writer, and filmmaker based out of Dallas, Texas. Traveling extensively on assignment, he has filmed and photographed a myriad of cultures and landscapes, and slept under the stars in some of the most remote regions of the world.  Spend 6,000 miles in the saddle with Tyler as he details a cross-country motorcycle trip.

For as long as I can remember, I have been fascinated with the idea of the great American motorcycle trip. With a mixture of adventure, freedom, and danger, there’s something ruggedly romantic about the concept of jumping on a motorcycle, and taking off on some forgotten country roads, cameras and camping gear in tow. And following the purchase of my first motorcycle last winter, I did just that. I planned a route, made some arrangements, and ripped out of town on my dream machine. I call her Night Wing. 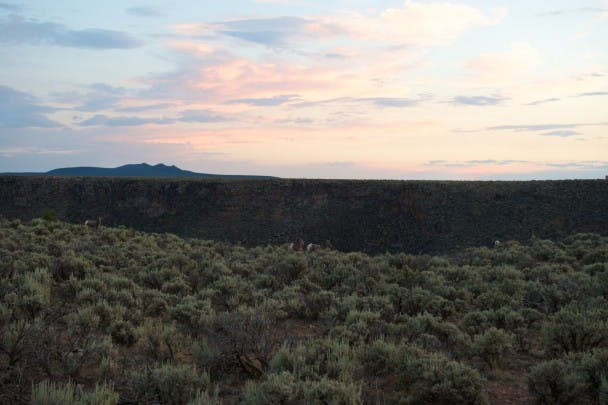 Over the course of 4 weeks, I rode through 10 states, and clocked 6,000 miles in the saddle. Setting off from my home state of Texas, I rode east through Arkansas, and into Tennessee and Virginia. The rolling hills of the south were by far some of the most beautiful terrain, as the lush and fertile landscape stretched north up through the Smoky Mountains into the Shenandoah Valley. Cruising up the Blue Ridge Parkway in Virginia was breathtaking, and I had to stop on several occasions to let black bear or deer cross the road.

Rain was a factor during the first week of the trip, as I got caught in several storms, and had to pull over to stay dry (somewhat). Even with rain gear on, riding a motorcycle in a downpour is not a good idea. But as the storms passed, and the sun would set, the moisture of Tennessee and Virginia would take to the air. Despite it being summer, it was surprisingly cold riding at night. I would put on my mackinaw wool vest and the whipcord jacket over it to keep some warmth, and block the frigid evening air. I camped along the way, stopping at National Parks & Forests, having just enough energy each night to set up camp, and exhaustedly crawl into my tent for a seemingly dreamless sleep. Breaking down camp, loading and unloading the bike became harder each day, as the miles, weather, and solitude began to wear on me. 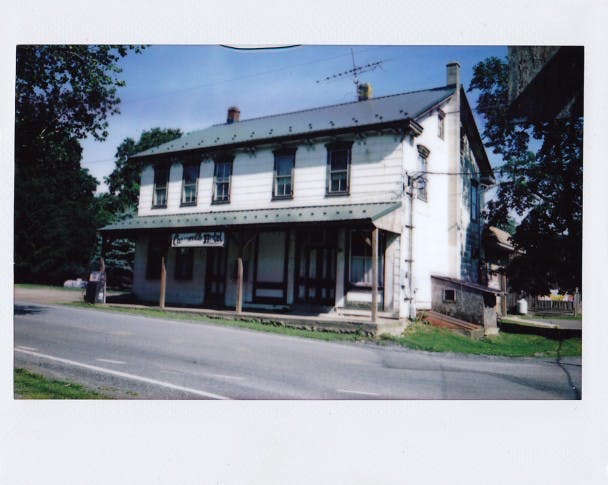 Pressing on, I wound my way through the forests of Western Pennsylvania, intersecting the Appalachian Trail at several points. I befriended the owner of a small historic hotel in a tiny town called Carsonville, who let me camp on the back lawn under a giant white oak tree. Given that a large portion of the surrounding area was public hunting land, I was glad to set up camp in a known safe zone.  From there I pushed to upstate New York, where a group of 35 other photographers awaited at an annual creative retreat called Phoot Camp. It was refreshing to spend a week in the woods with my friends exploring, taking photographs, writing, and preparing for our gallery show in New York City shortly after. 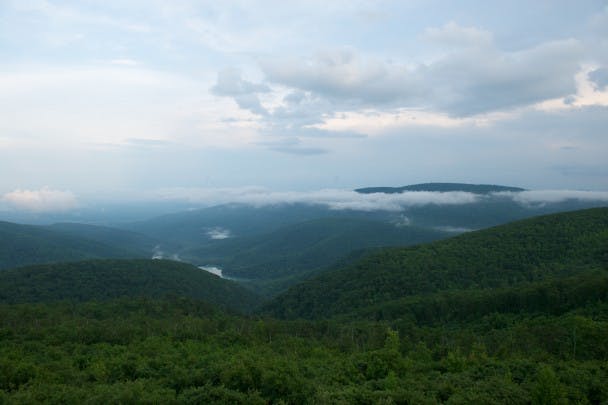 I stayed in New York City for two weeks, exploring the streets, shooting film, and meeting up with friends. The medium field bag is a mainstay in my Filson armada, as I am able to fit my SLR, several lenses, a Polaroid camera, my trusty Contax G2, some film, several journals, and a pair of sunglasses all in that modestly sized, and rugged carry all. It also fits nicely on the saddlebags of my bike, so that I could get to the cameras quickly whenever I rode upon a vista, saw a character in the streets, or spotted a black bear meandering across a rural road. 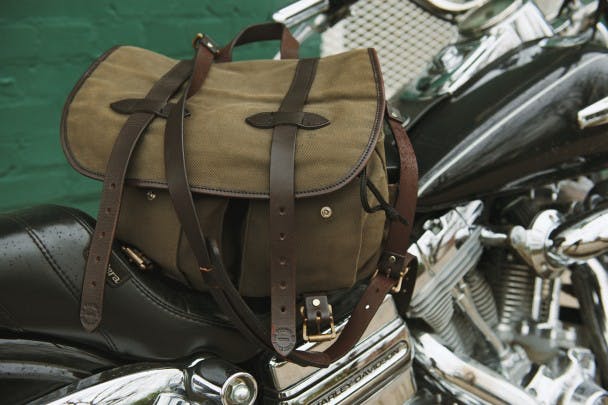 Reaching my point of metropolis saturation, I headed back to Texas, crushing the 1,400 miles to Dallas in three days. I was home for 48 hours to rest, re-pack, and gather attire to celebrate America’s birthday. Joining forces with my Dad, we rode through West Texas into New Mexico, stopping in Santa Fe and Taos to photograph and explore. Carrying ideal riding weather with us, we eased into Colorado to the Rocky Mountain National Forest, where his best friend hand-built the log cabin of his dreams. As we celebrated the 4th of July, I had time to reflect on the fact that I had just ridden through a fifth of the states in our great country, and seen some of the best America has to offer. There are few places in the world where you can ride uninterrupted for that long, and experience such a diversity of landscapes, altitudes, and climes. 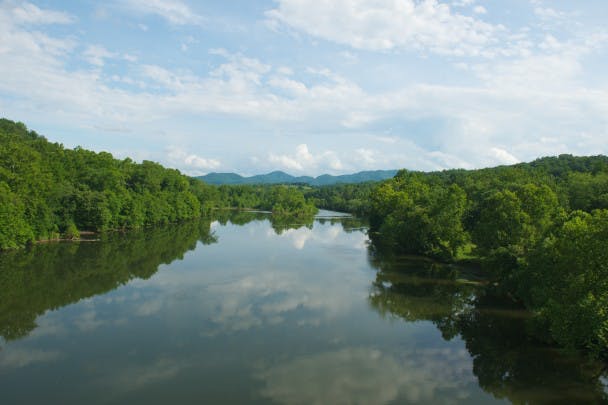 Being on a bike forces you to experience the landscapes you are encountering on a physical level, feeling each change of weather in your bones.  You are not just viewing the passing landscapes through a window, but riding openly through the very heart of them. I will never forget the scents of that trip; the earthy smell of fresh rain on green grass in Tennessee and Virginia, the cool, clean forest air of Western Pennsylvania, the arid juniper scrub deserts in New Mexico, the crisp pine laden breezes in the Rockies, and the methane stench of cattle farms in the Texas panhandle. They are all seared into my olfactory memory, which is the strongest of all our recollections, and it’s not likely they’ll fade anytime soon.

And as the motorcycle remains my main mode of transportation, I do my best to enjoy the open-air everyday in my comings and goings. But there is much less magic in city riding; with traffic jams, oblivious motorists on cell phones, and where intermittent weather is less of an adventure, and more of an inconvenience. Motorcycles were made to be out in the open, moving freely, unhindered by the congestion of urban roads and this is clear to anyone who has taken a distanced trip as I have. Knowing this, there is a constant pull in my soul to just tear out of town, take the back roads, and leave everyone else behind. And I still frequently do. Not necessarily to get anywhere, or to find anything, but just to ride. To borrow wisdom from a classic novel, Zen and the Art of Motorcycle Maintenance, “Sometimes it’s a little better to travel than to arrive.” And so I travel, and Filson goes with me. 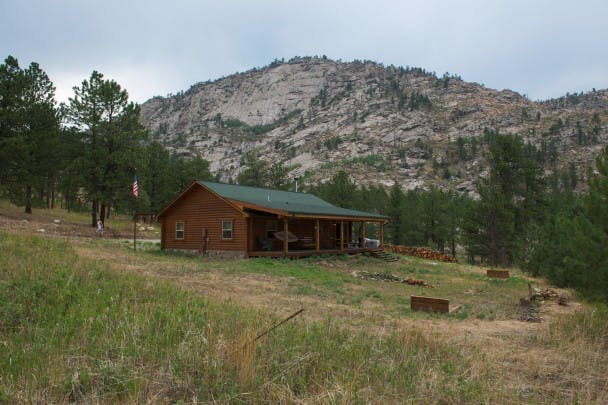 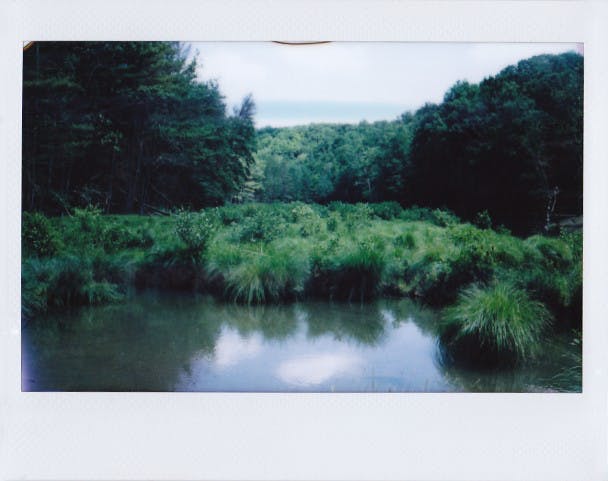 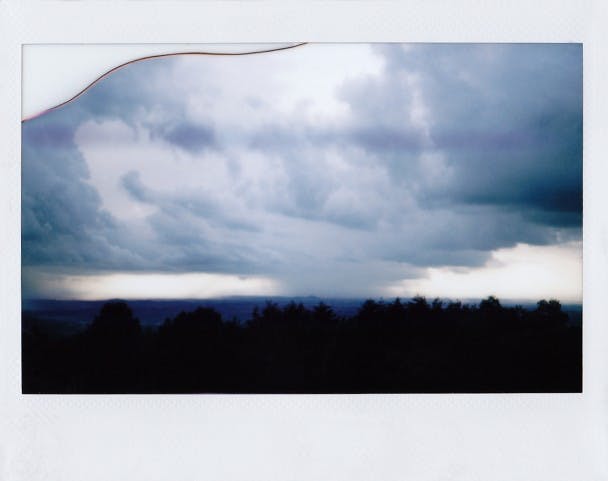 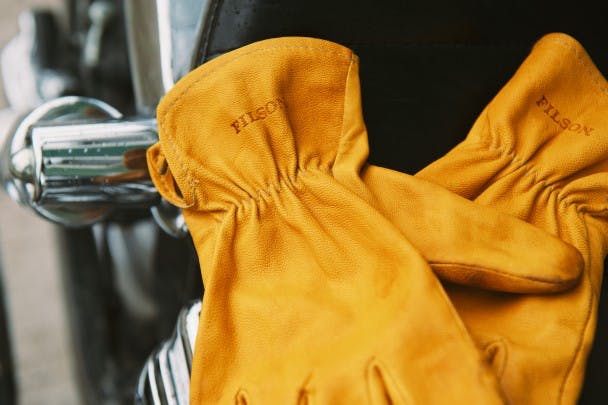 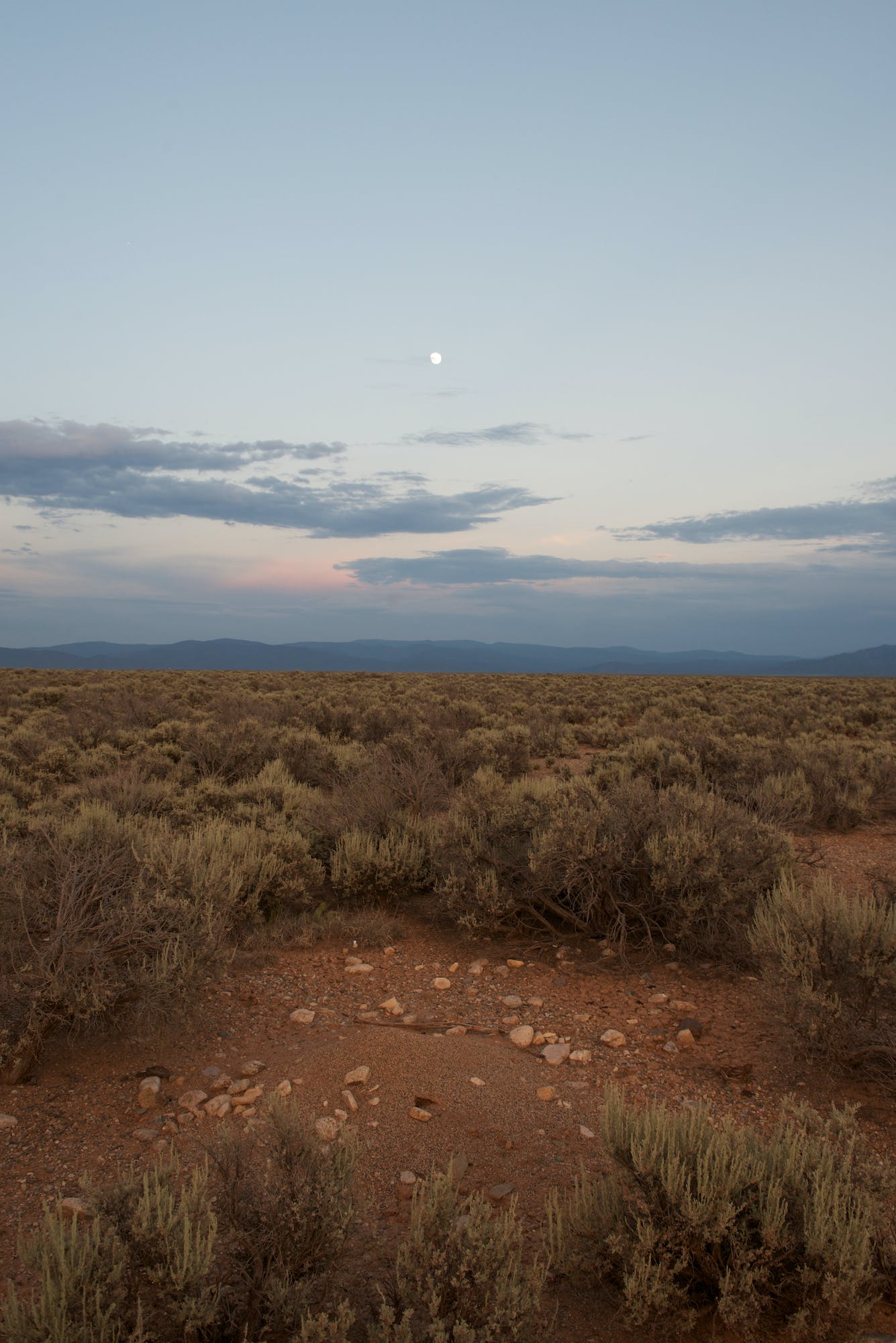 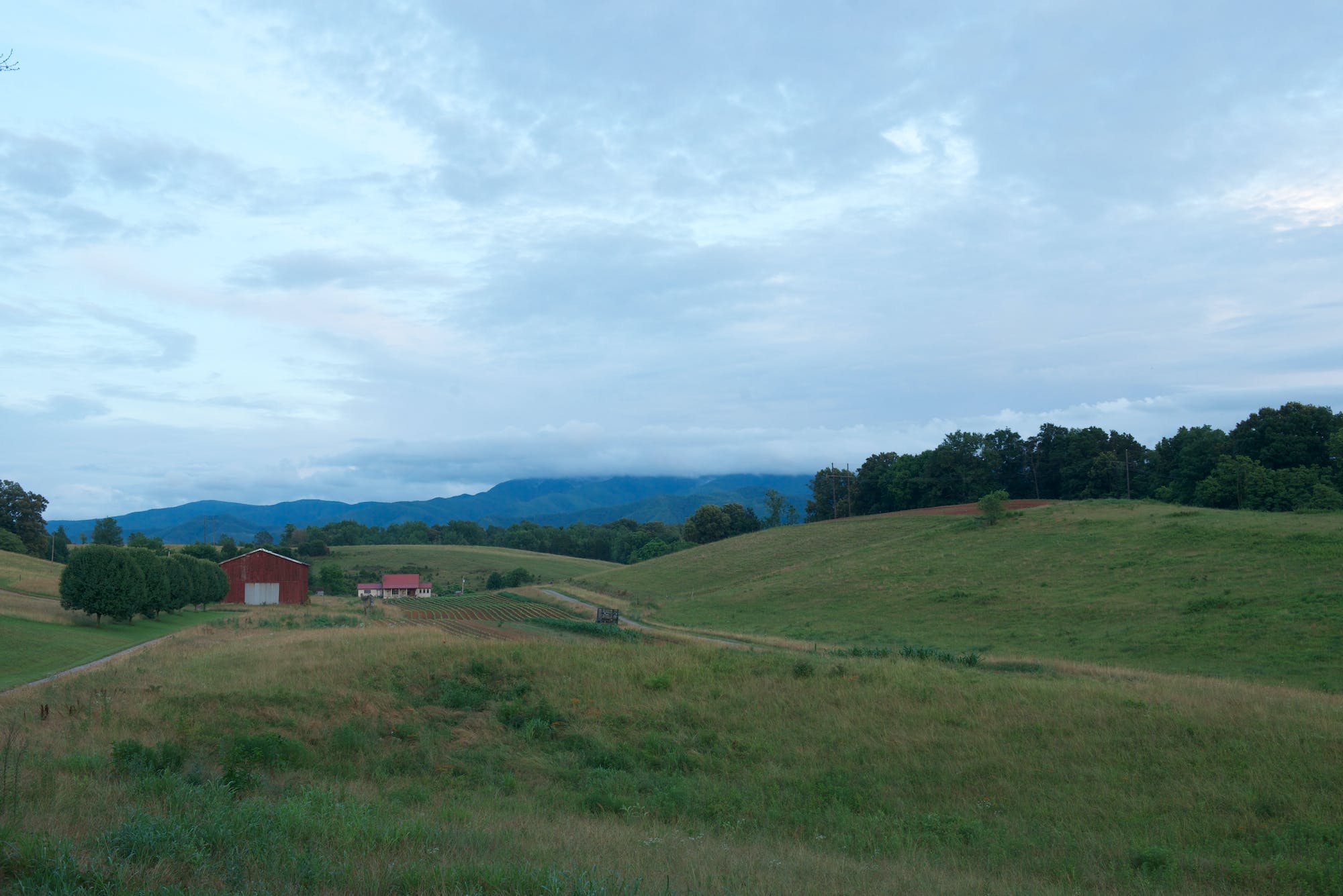 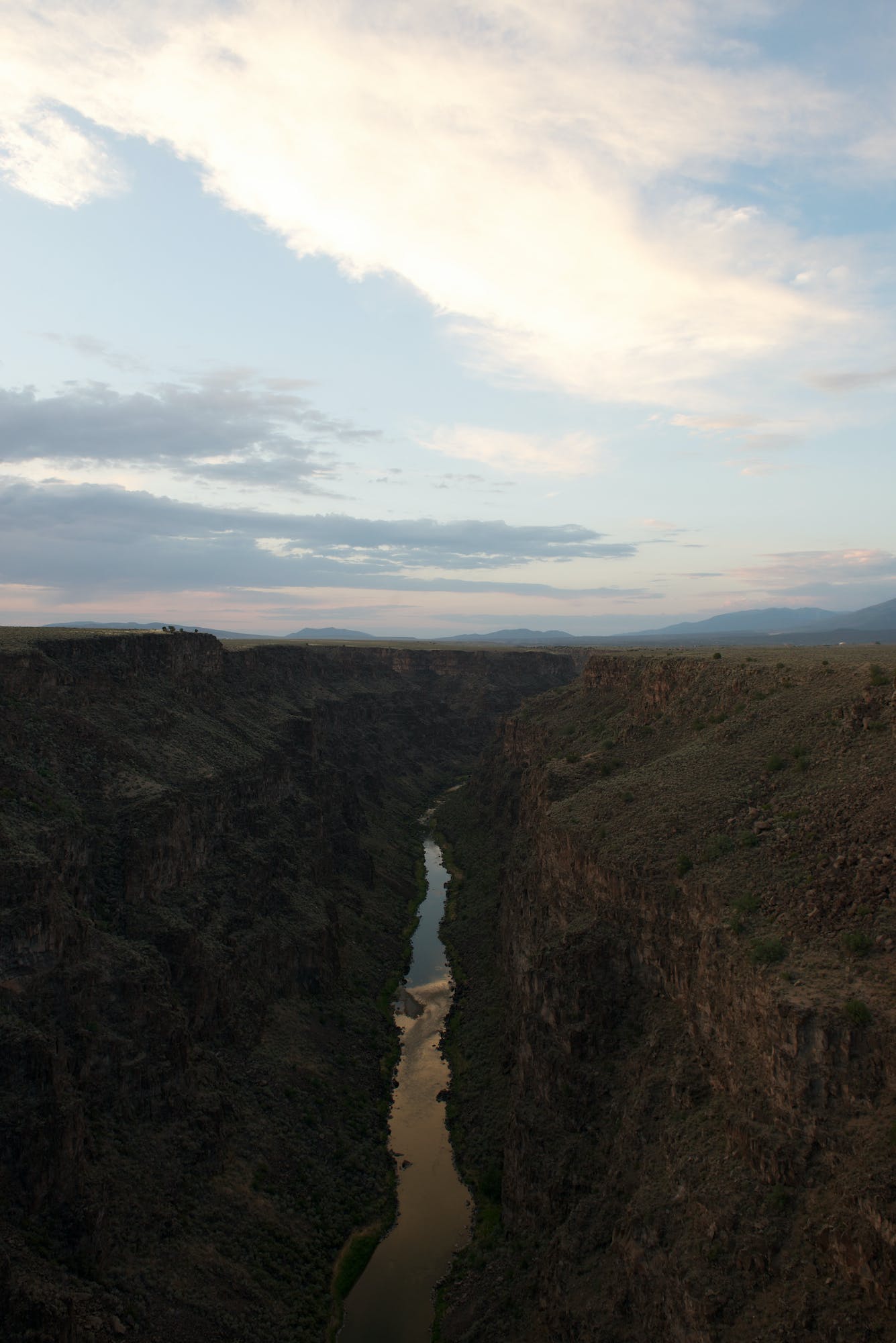 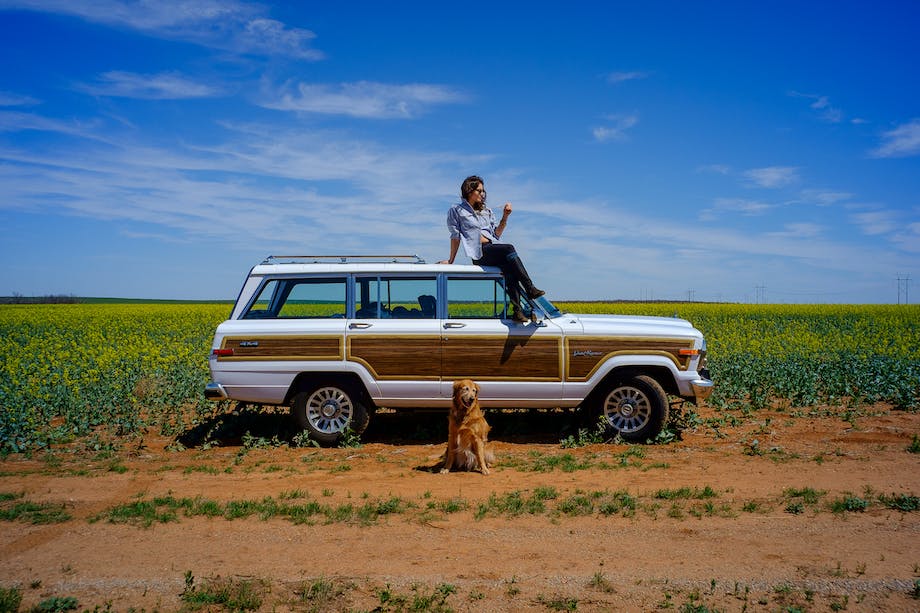 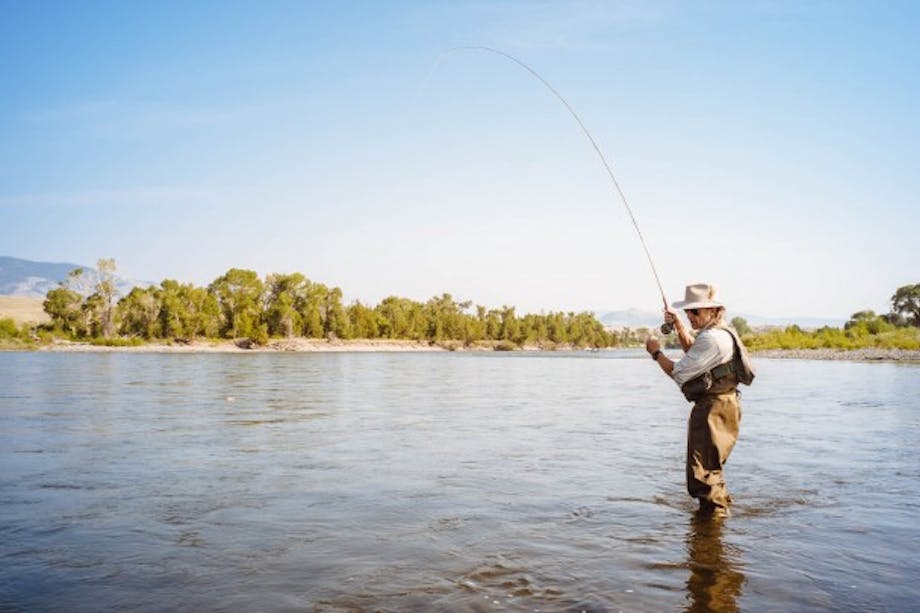 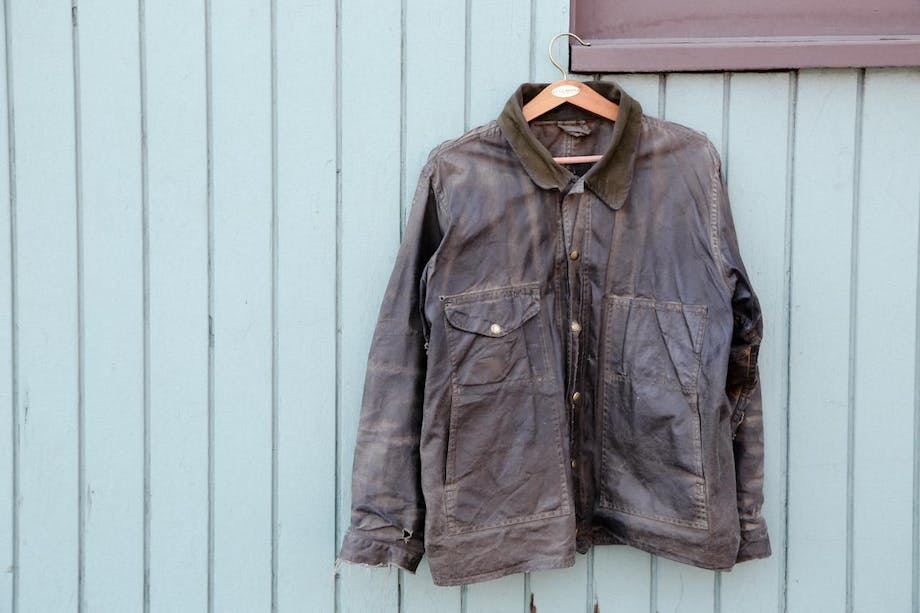 ‘In Your Words’ explores the incredible stories we’ve received from Filson fans across the globe.  Send us your own experiences with our clothing or product here for a chance to be featured on the Filson Life blog.  David C., an over-road trucker with 22 years of experience, wrote us regarding his Filson jacket which has faithfully served him

Tricks of the Trade: Treat Burns in the Wild