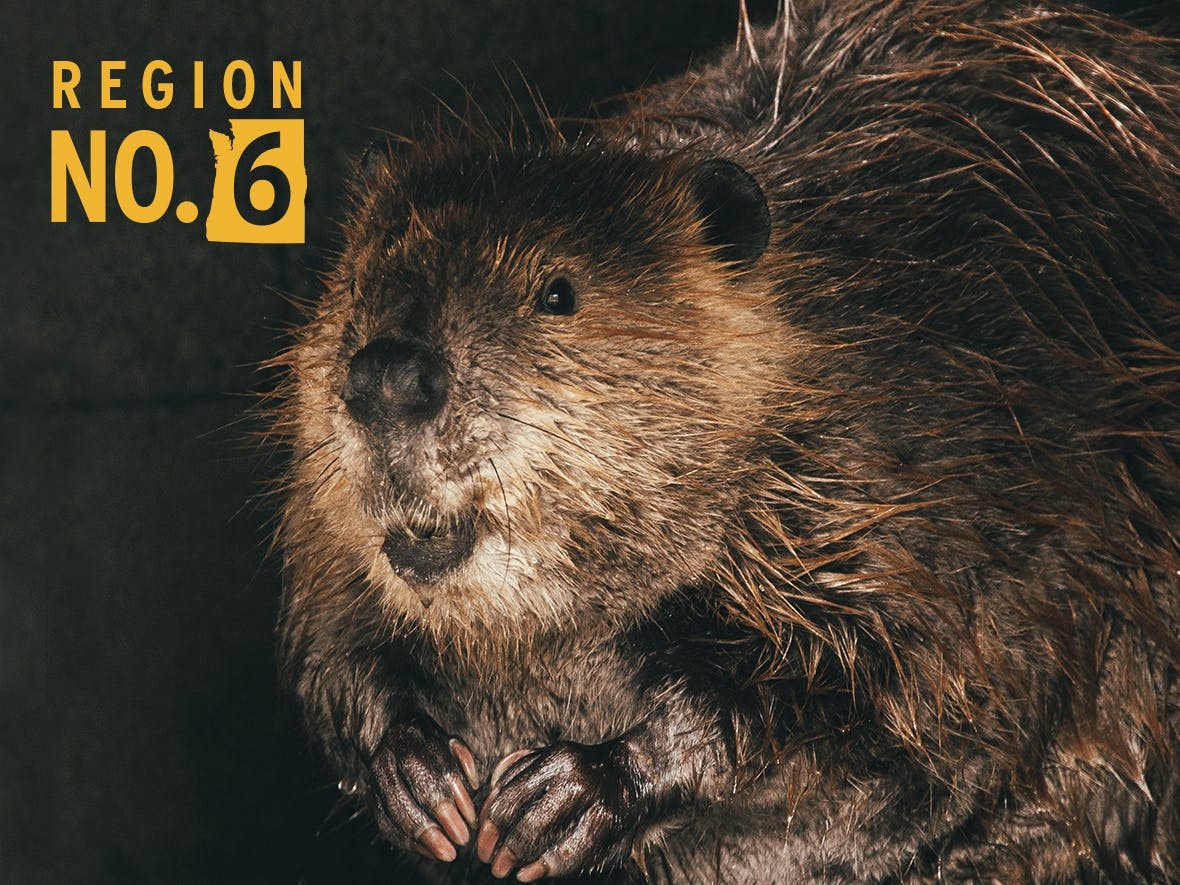 Beaver ponds store a lot of water. Millions of gallons. And scientists are now realizing that reintroducing the animals to struggling streams is a way to buck a drying trend. This Filson Life is part of Filson’s celebration of the Forest Service and the people of the Pacific Northwest Region of the USFS, Region 6.

As the Northwest gets less snow, Kent Woodruff says it needs more beavers.

Less snow means less rainfall. Less rainfall means less water for farms and streams – which leads to a decrease in spawning ground and shelter for salmon.

Beavers dam streams and streams flood their floodplains, which produces more trees for more dams and provides millions of gallons of water for everything in the vicinity. It even provides shade for salmon.

“One of the things we know is that beavers improve streams,” says Woodruff, a beaver biologist with the Forest Service. “Beavers make things better by adding complexity to streams to enhance everything that needs to happen out there.”

For the past ten years Woodruff has been the driving force behind the Methow Beaver Project, a partnership that relocates problem beavers – those that have dammed up irrigation ditches or felled high-value fruit trees – from private land to mountain streams in the National Forest surrounding Central Washington’s Methow Valley. 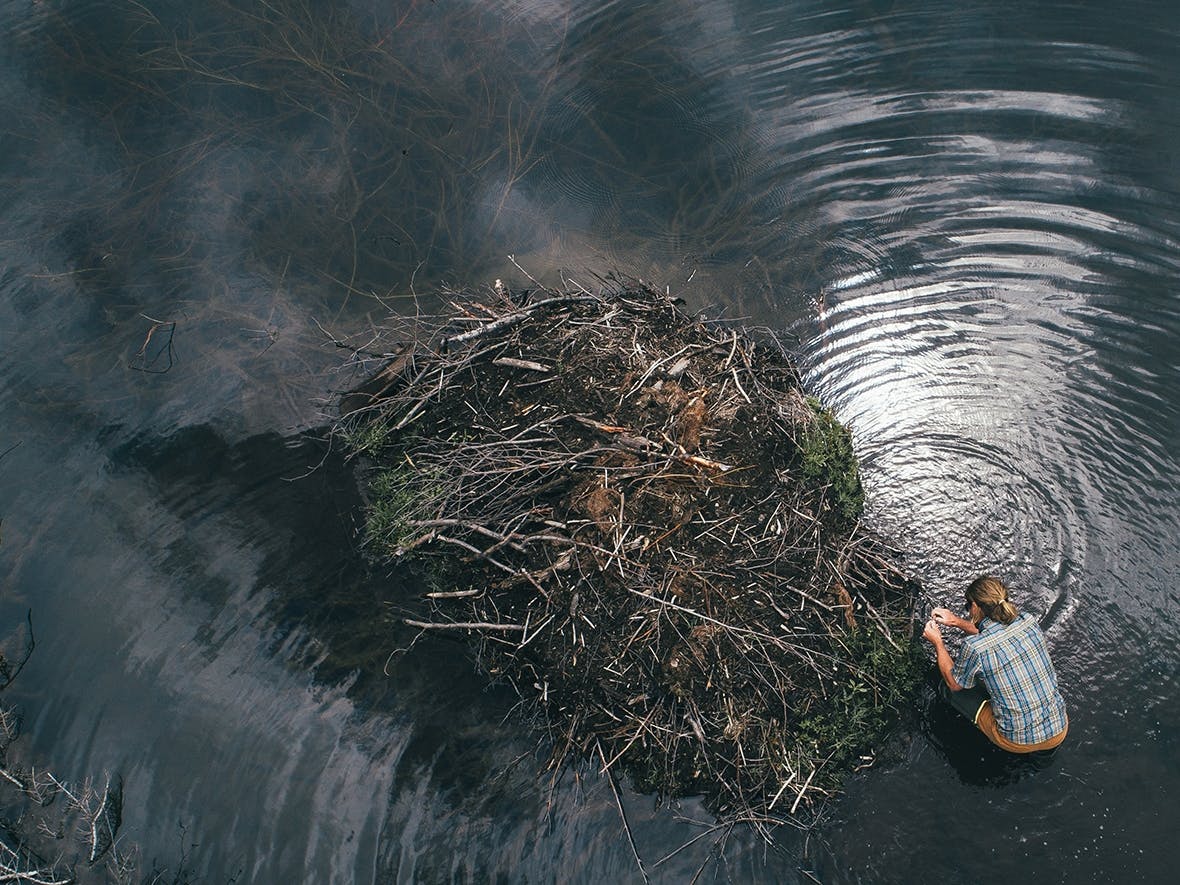 “We’re in a very water-limited situation in the Methow Valley,” he says. “So we do this balancing act between the towns, the rural folks, the agriculturalists, and the fish. To find a natural solution in beavers for water storage and temperature moderation, which are critical limiting factors to endangered salmon, is really exciting to what we do.”

After trapping a problem beaver, Woodruff temporarily keeps it at an old fish hatchery that he’s set up with beaver homes. He’s found that relocating beavers is best done with male-female pairs, and he waits until he traps a beaver of the opposite sex before pairing the two at the fish hatchery. He then transplants the pair—with a bundle of sticks and willow switches they’ve been chewing at the hatchery—to a suitable, beaver-free stream in the forest.

“We’ve found that a male-female pair is a lot more sticky than just a lone beaver,” he says. “Two of them are more likely to stay where we put them than just one.” 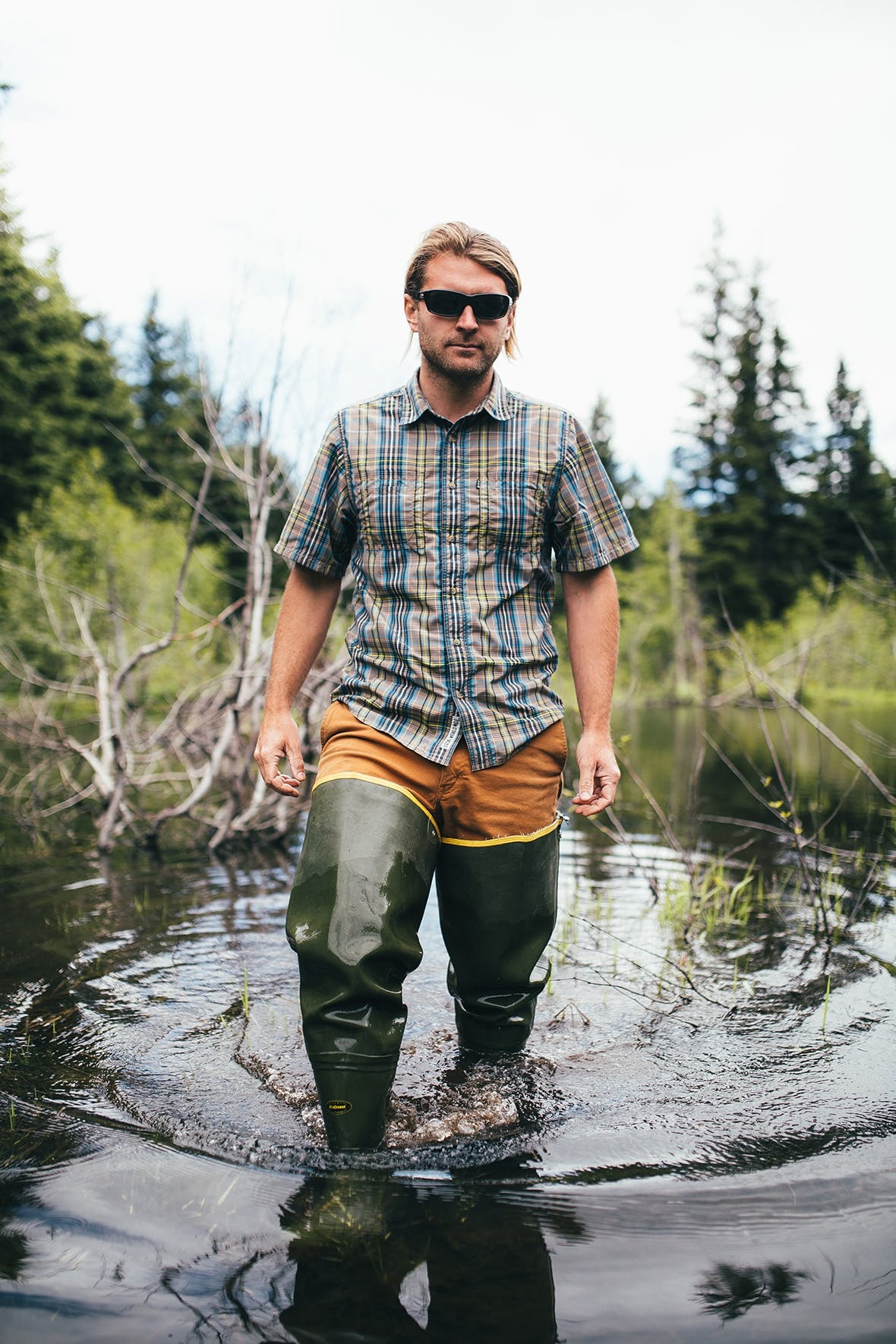 Beavers were nearly killed off in the West in the 1800s for their fur. A beaver’s hair contains a high number of very small barbs. When the hair is matted together, the barbs lock into each other to form a durable, breathable, flame-resistant cloth known as felt. All animal hair can be felted, but none does it so well as beaver fur.

In the 1800s, felt was used to make top hats, which had become popular in Europe. The hats were so popular, in fact, that the European appetite for beaver felt eventually reduced the North American population of the animals to about one percent of what it was before Europeans showed up. The fur craze ended in about 1850, the same time the beaver population dried up in the U.S.

Without beavers, stream morphology and wetland ecology across the West changed in a way that it hadn’t since the last Ice Age ended 10,000 years ago. Then in the 20th century, government efforts to straighten rivers to prevent overflow and harness the water for agricultural use further changed the hydrological landscape. Today, we see vastly different river systems than did Lewis and Clark’s Corps of Discovery when it came through in 1805. 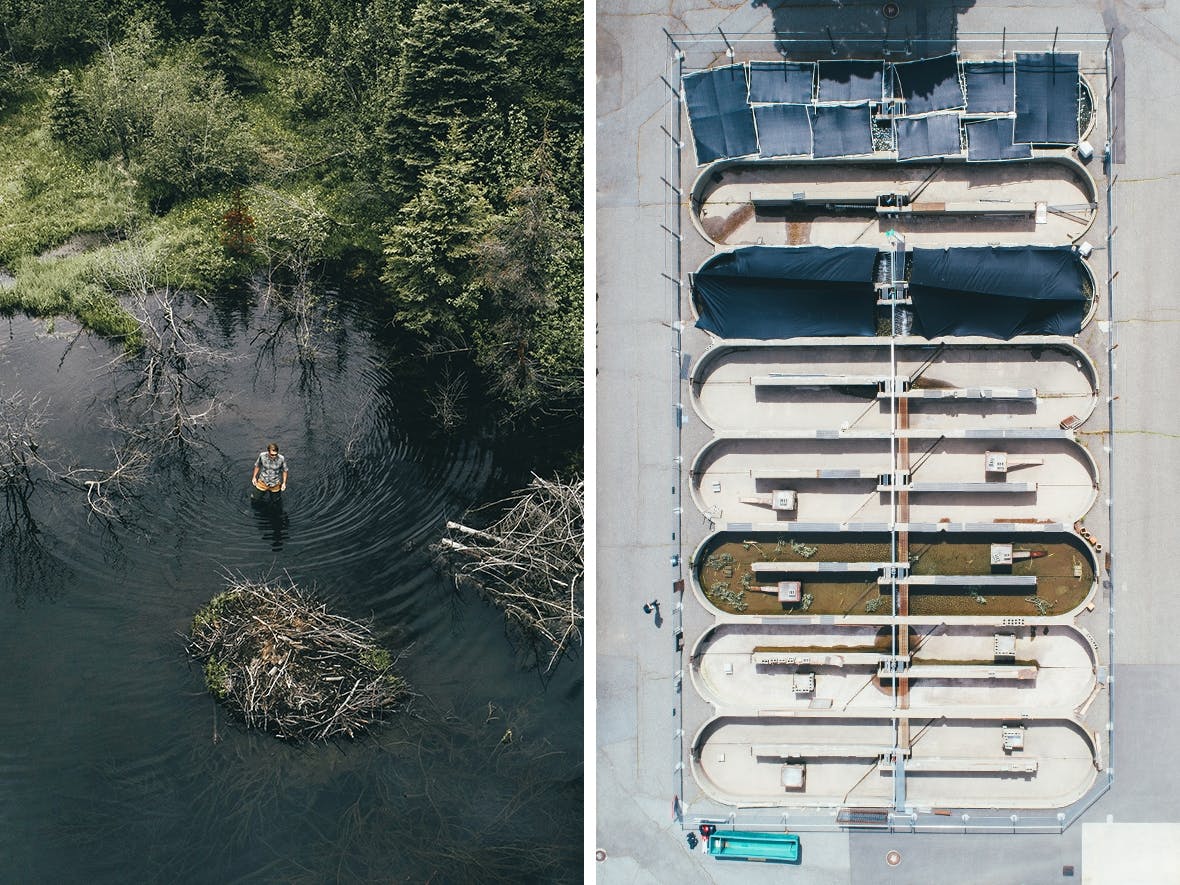 Woodruff and his team are trying to restore the historical ecology, if even on a small scale. To date, they’ve relocated about 300 beavers, mostly to high-mountain streams that run thin and straight and historically were ponded wetlands. Those high streams, says Woodruff, are some of the most important places to keep water. He calls the small tributaries, like those above the Methow Valley, the capillaries of the system, and he says that storing water at the top benefits much of the downstream hydrological system.

“There’s probably ten times as much water in the ground as on the surface,” says Woodruff. “A lot of the water in the system is being pushed into the sponge that surrounds the wetland.”

The idea is catching on. 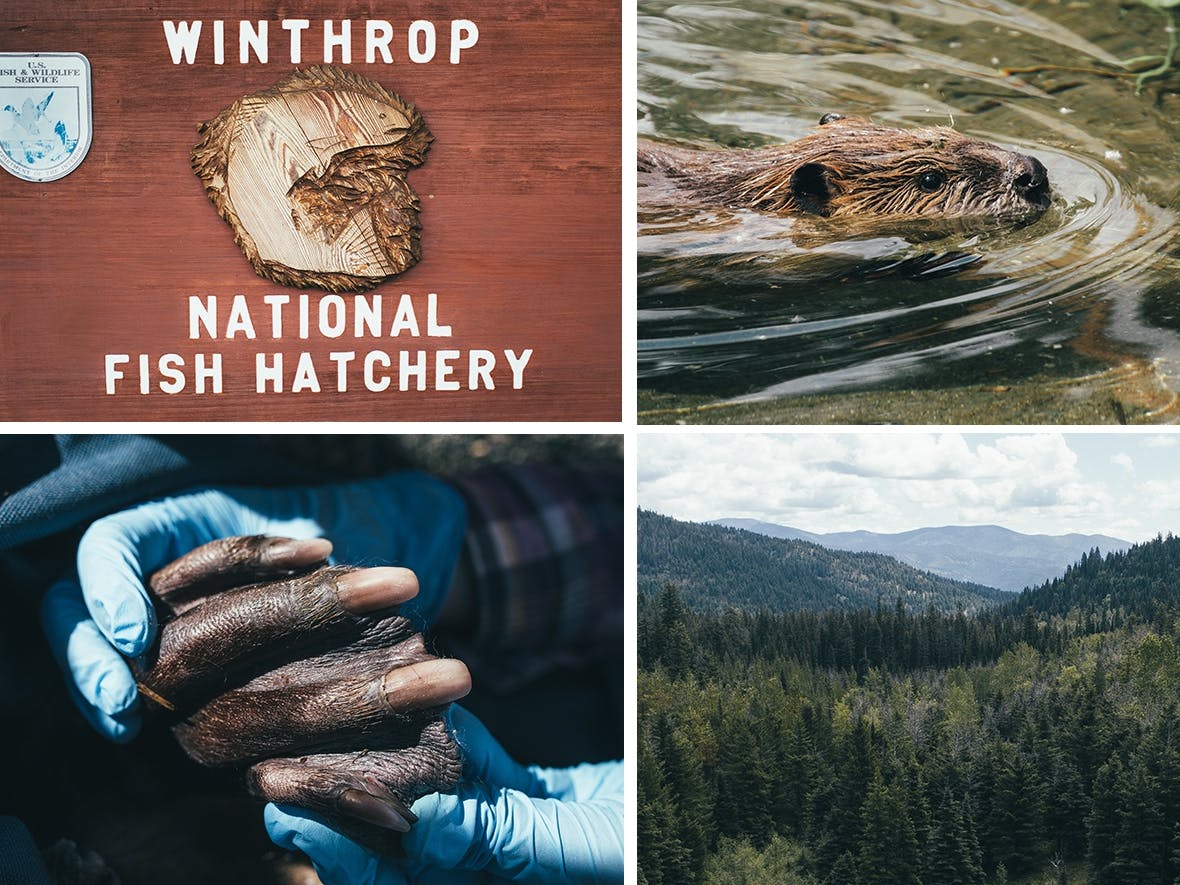 Half a dozen universities are making plans to use his beaver restoration work as laboratories to answer questions about the role of wetlands in the larger ecosystem. How much carbon does a large beaver complex store? How do beaver ponds contribute to the insect life of a river? How many gallons of water are stored in the spongy soil surrounding a wetland? Interns, graduate students, and Ph.D. candidates from colleges and universities around the Northwest will show up in the Methow Valley this summer to work toward answering those questions.

Woodruff and Johnson estimate that their pro-beaver message reached 2.8 million people in 2015. The benefits of beavers, Woodruff says, are becoming more widely recognized. Biologists in Canada, Mexico, and Europe are interested in the work coming out of the Methow Valley and elsewhere around the region.

“California is very interested in modernizing its approach to beavers,” Woodruff says.

“Washington state is beginning to take similar steps. We’re talking to people in Britain where beavers have been extinct for 600 years, and now in the past ten years they have them in five different places. Idaho has a fledgling relocation program, too. It feels to me like we are just getting started learning where beavers could help.” 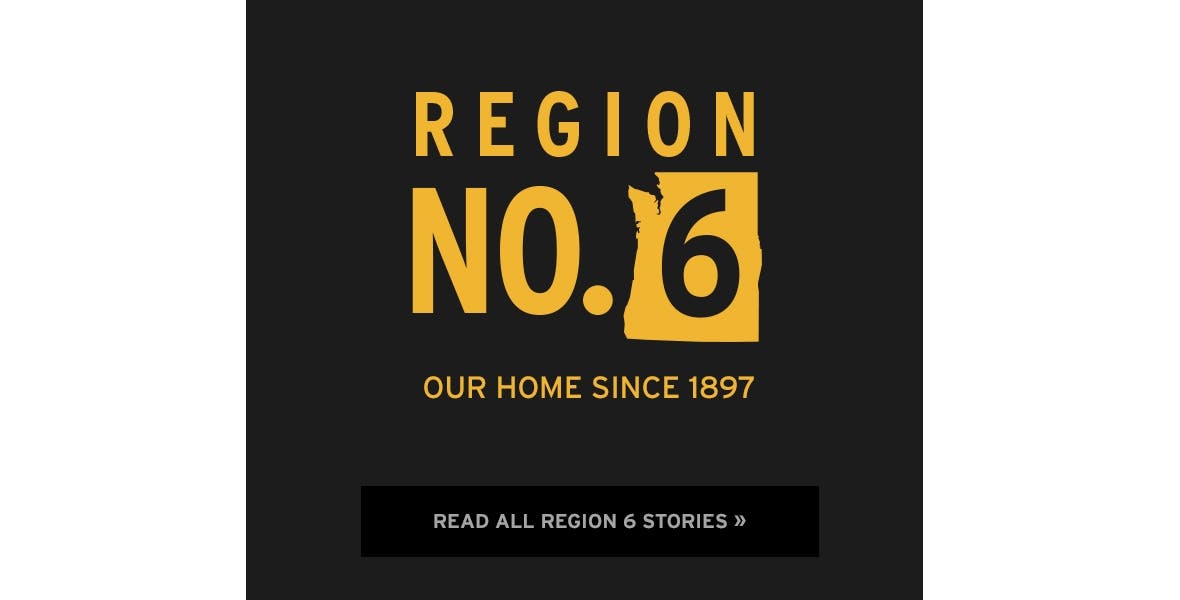 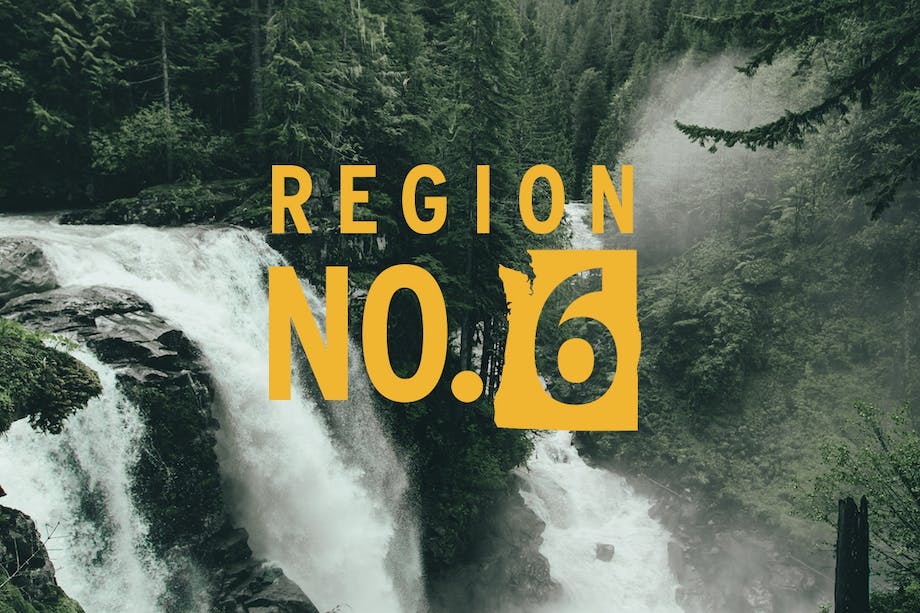 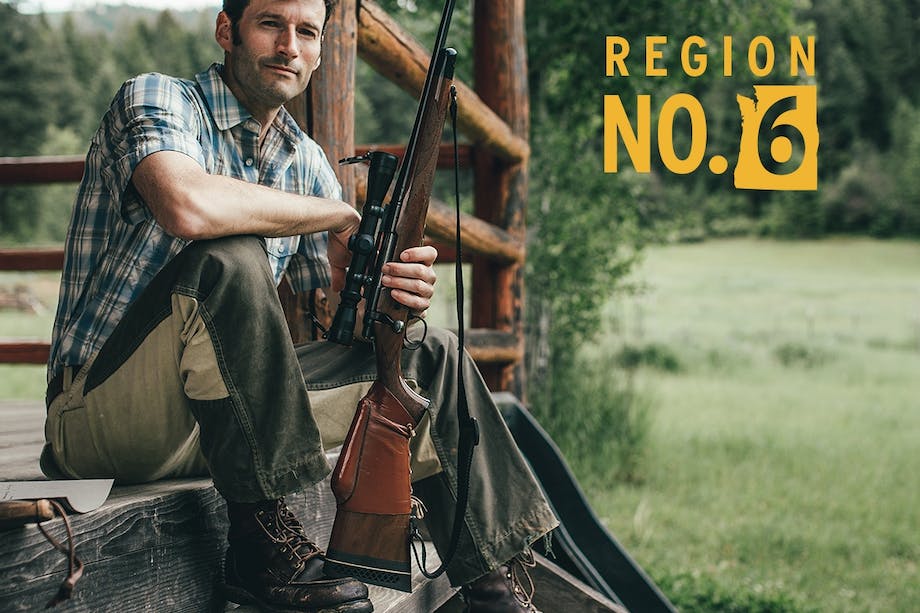 Region 6: Understanding the Land Through Hunting

Last fall, Bruce McGlenn started his hunting school in Central Washington. It’s exactly what the sport is in need of: a modern, holistic approach to harvesting wild meat. 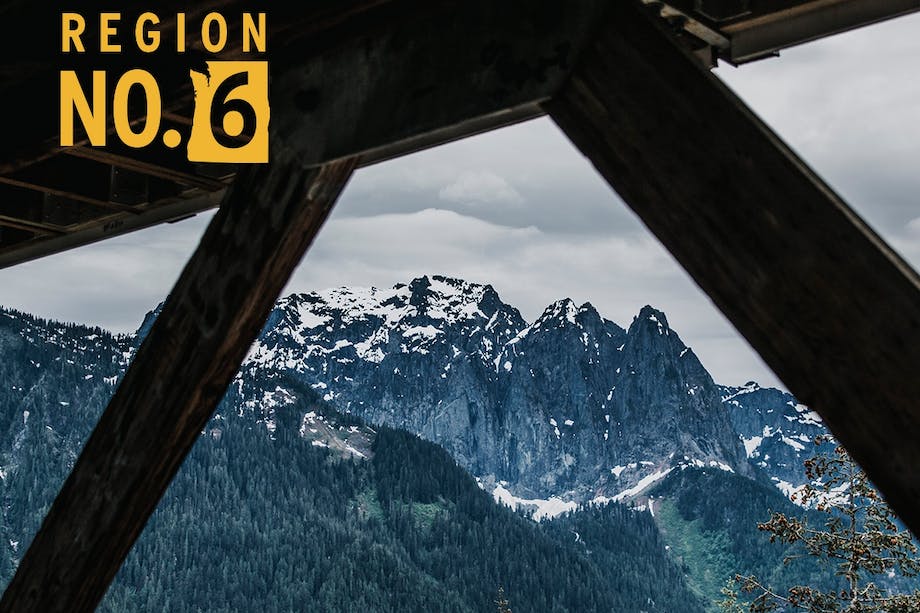 Bill Austin is one of the lucky few to have the job of manning a fire lookout tower. And as a veteran of more than 25 seasons of scanning the horizon, he’s not about to give up his post. This Filson Life is part of Filson’s celebration of the Forest Service and the people of the

Region 6: Giving Rivers Back to Fish