Shoveling their beaks through the shallow water, the teal were rummaging for protein-rich invertebrates that would help them bulk up for the rest of their northerly migration and the coming breeding season. Twice a year these and other waterfowl and bird species make the long journey from south to north and back again along the Pacific Flyway, stopping at reservoirs, wetlands, and shallow lakes along the way to both rest and feed.

One of those migrants is aerodynamically svelte at barely a tenth of an ounce and shaped like a 3-inch-long missile when in flight. The rufous hummingbird is a true long-distance warrior of the air. From its breeding grounds in southern Alaska, the species makes a nearly 6,000-mile trip south to winter in central Mexico, before retracing the path north come spring.

Perhaps better built for a long migration is the whimbrel, a shorebird that weighs nearly a pound and has been known to fly 2,500 miles nonstop south from Canada across the Atlantic Ocean via the Atlantic Flyway to reach its summering grounds in South America.

And then there’s the northern pintail. Though probably better appreciated for its sharp, distinctive tail, this duck is no slouch when it comes to migration. Back in 2017, one hen left Bristol Bay, Alaska, for the central Oregon coast some 1,900 miles away and made it in 27 hours, averaging 70 mph.

Driven by internal compasses, these and other bird species—grassland species, shorebirds, and waterfowl—have traced the same routes for so long that they have essentially carved “flyways” through the sky.

Look at a North American map of these paths and you’ll find these four—Pacific, Central, Mississippi, and Atlantic—that can stretch from Northern Canada to the tip of South America. Each has its own habitat qualities that provide for the species, as well as a local audience of hunters and birders interested in the health of the bird populations and their habitats.

Biological bird sense alone can’t ensure these flyways remain sustainable. After all, passenger pigeons were once thought to be the most numerous winged species on the continent, yet they went extinct more than a century ago due to overhunting and habitat loss. Concerns for additional extinctions of bird species remain today, and recent news that the avian world has lost nearly 3 billion individuals since the 1970s seems to justify them.

What is driving the losses? If you could overlay the maps of the flyways on the ground, some of the factors become obvious. Native prairie habitats have been transformed into croplands and urban areas, buildings with their reflective windows are mortality zones, and pesticides and cats also contribute to the losses.

Long before the current crisis surfaced, Ducks Unlimited was spurred by another crisis to organize and work for the conservation of habitats and their waterfowl: the Dust Bowl of the 1930s, which sent duck numbers spiraling down as wetlands vanished.

As the usual rains returned at the end of that decade, a group of sportsmen came together to see what they could do to better protect the habitat waterfowl needed and formed the nonprofit organization Ducks Unlimited (DU). As the nonprofit organization grew, armed with membership dues, fundraising support, and other revenues, it moved forward with restoring wetlands, studying avian biology and habitats, and working with landowners to increase and improve habitats.

As the decades passed, DU became a key source for supporting studies into waterfowl, habitat acquisition when needed, and mapping the need for, and effectiveness of, its wetlands restoration. On the ground, restoring wetlands and their adjacent grasslands, so important for nesting and protection from predation; reforesting bottomland hardwood areas for important backwaters for wintering ducks; and protecting watersheds from pollution and from becoming silted became routine tasks for DU.

Healthier habitats can translate into healthier and more productive birds, points out Greg Green, manager of conservation programs in the Pacific Northwest for DU. “These migrating, stopover habitats, these staging grounds as I refer to them, they are all valuable for ultimately returning a hen in good condition so that she’s ready for nesting and brooding,” he explains.

However, improving habitat along the Pacific Flyway is no small task. The flyway fills the sky, stretching roughly 4,000 miles from the Arctic to South America, and bulging some 1,000 miles wide in places. It encompasses Alaska, Arizona, California, Idaho, Nevada, Oregon, Utah, and Washington, and touches Colorado, Montana, New Mexico, and Wyoming.

The Pacific coastline and Utah’s Great Salt Lake, Lake Mead in Nevada, and the tail end of the Colorado River on its way to the Gulf of California are all part of the flyway. The boreal forests of Western Canada reside within the flyway, as does Puget Sound in Washington. The Channeled Scablands, a geographically grooved and rippled landscape in eastern Washington, is included, as are shallow, alkaline water bodies, such as Summer Lake in Oregon, the wetlands and marshes associated with San Francisco Bay, and even the Salton Sea in southern California, and other saline lakes in the West.

During migrations, some birds fly farther than others, and different flocks rely on different resting grounds.

“A majority of the waterfowl that use the Pacific Flyway winter in the Central Valley of California,” Green says. “There are other outliners that are important, but from a wintering standpoint, that is the most important area for shorebirds and waterfowl. It’s a relatively small geography, with a significant number of birds packed into that geography: somewhere like 8 to 12 million birds during the winter.”

Come spring, as the winter snowpack in the west begins to melt, the birds reverse course. On the way north, many stop in the Klamath Basin along the Oregon–California border to eat heartily for the rest of their trek to their breeding grounds, while some take a break at Puget Sound, and others in the Channel Scablands.

“A majority of the waterfowl that use the Pacific Flyway winter in the Central Valley of California. From a wintering standpoint, that is the most important area for shorebirds and waterfowl. It’s a relatively small geography, with a significant number of birds packed into that geography: somewhere like 8-12 million birds during the winter.”

While canvasbacks, surf scoters, scaup, and other duck species prefer areas on and near San Francisco Bay, many shorebirds, along with more than half-a-million green-winged teals, head to Great Salt Lake to feast on brine shrimp, brine flies, and midges. “They stage in those areas for a couple of weeks if not six weeks and just get fat and get better body reserves,” Green says of the various migratory rest stops. “And then they go up to the prairies, ideally to pair with a drake. They build a male–female pair, make a nest, try to have a successful brood. That’s kind of the process of the flyway.”

Relying on these landscapes twice a year are more than 300 bird species, from that feisty rufous hummingbird and cackling geese to black oystercatchers, shovelers, and teals. To ensure they have spots to stop, rest, and refuel, DU works at restoring or building habitat along the Pacific Flyway. The organization has helped return to health nearly 1,000 acres of a former salt production plant as part of the 1,400-acre Napa–Sonoma Marshes Wildlife Area at the northern end of San Francisco Bay.

In Nevada, the organization is spending $3.3 million from partner and matching funds to conserve 8,780 acres in the Lahontan Valley for waterfowl and other wildlife habitat. DU’s Ducks in the Desert Initiative is aimed at restoring wetlands at Great Salt Lake in Utah as well as in Arizona and Nevada.

The organization works with various state agencies, such as the Oregon Department of Fish and Wildlife on projects at Summer Lake, and with private landowners to both help them with infrastructure needs and to navigate regulatory matters.

“We do lots of projects in the Willamette Valley and the Oregon coast. Near Westport, Washington, we just worked with the State of Washington to purchase 1,700 acres,” Green notes. “Actually, it’s two phases. Eleven-hundred acres and then there will be another 600, but by the end of this calendar year, we’re hopeful to have purchased all 1700 acres, and it’s a new wildlife area.”

“A vast majority of that 1,700 acres is wetlands, wet forest, so really good freshwater habitat for birds directly adjacent to Grays Harbor, where you have tidal wetlands. It kind of diversifies the habitat in that area.”

While loss of habitat is a constant problem for bird species, DU and its partners and stakeholders never lack for projects to counter those losses, and not just for waterfowl. Some benefit salmon as well, such as the North Puget Lowlands Project near Seattle, which conserved 1,536 acres of habitat.

Other conservation groups could learn from the successes DU has enjoyed.

“There’s an opportunity for the broader birding community to use the hunting community as an example,” points out Green. “Here’s what you can do when you put in the right investments and be as strategic about the impact you’re trying to make.” 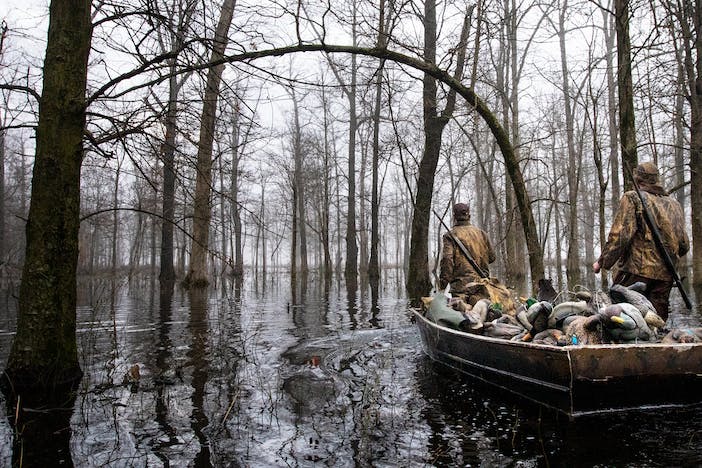 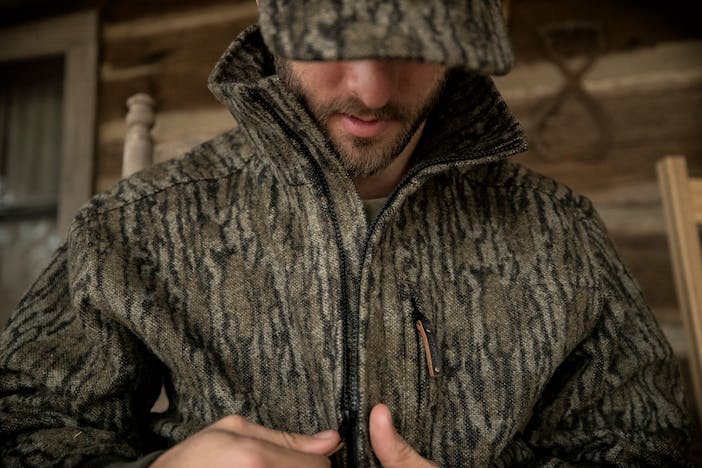 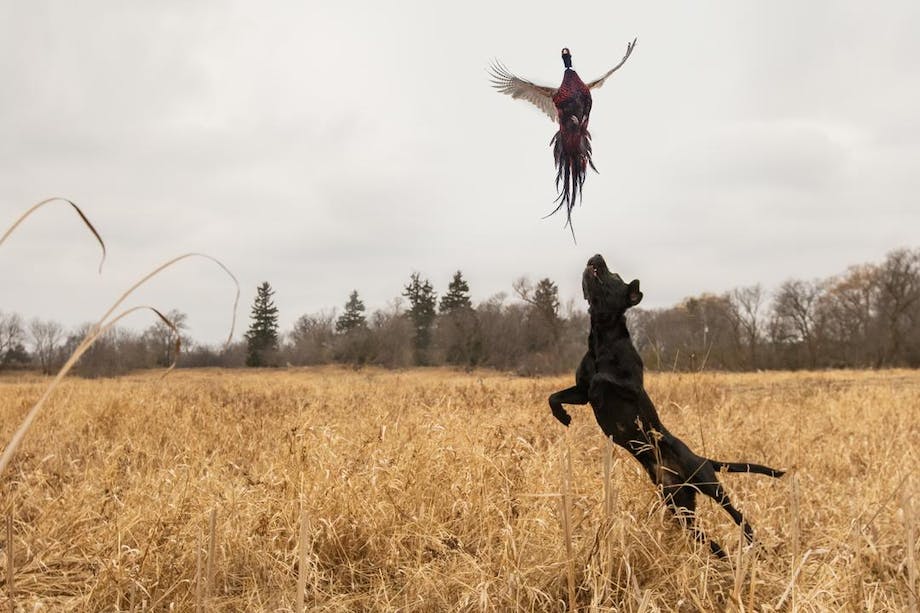