Jack Kos is a self-described Kiwi trout bum. What began as a passion for fishing soon developed into a desire to know more about the fish he sought. That pursuit led Jack to dive deep into the rivers and the history books as he wrote his dissertation and earned a PhD in history on the introduction of Brown Trout in New Zealand.

It’s a simple act to present a fly twenty feet. An act most of us could accomplish with eyes closed and a hand tied behind our back. One we’ve done a thousand times without ever questioning its difficult, and yet, presented with a twenty-six inch brown trout sporadically nosing the surface in water so clear you can count the spots on its flanks the simplicity of the cast is up for debate. The heart begins to overwhelm the head, basic motor skills falling by the wayside in the sheer intensity of the situation. Three deep breaths, then cast. The loop travels with a little less certainty, the fly lands a tad harder than desired, but the aim is true. The six feet the fly has to drift before reaching the trout takes an eternity, though the stream’s waters run swift.  Four feet, two feet, before all serenity is shattered by the improbably large kype sticking three inches out of the water right where the fly was drifting. This is what brown trout fishing in New Zealand is all about – the search coming to its culmination in that one perfect moment. 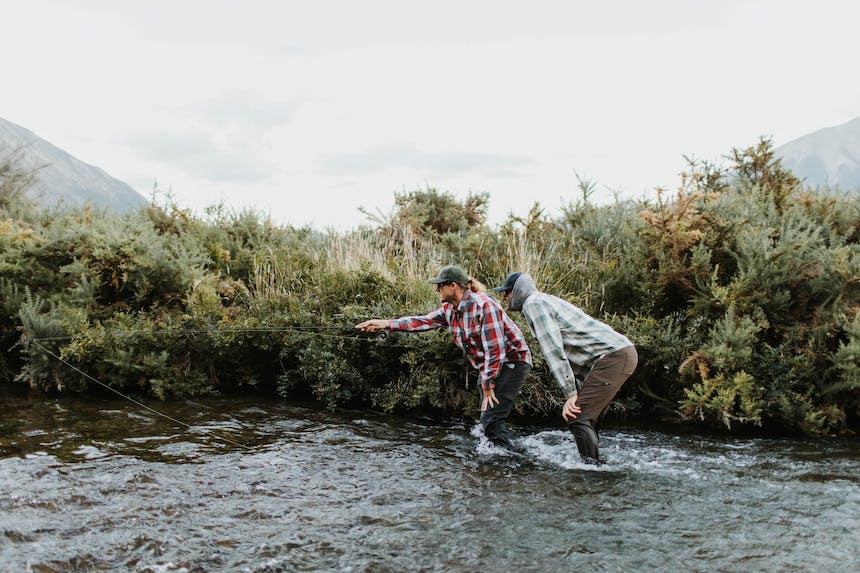 To say brown trout have become a personal obsession for me might be an understatement. As soon as I could drive I was spending summer holidays on the streams around Wellington and, when I moved to Christchurch to study, the backcountry rivers of the South Island became my playground. There were even a few years in there when my time on the river greatly exceeded my time in class. 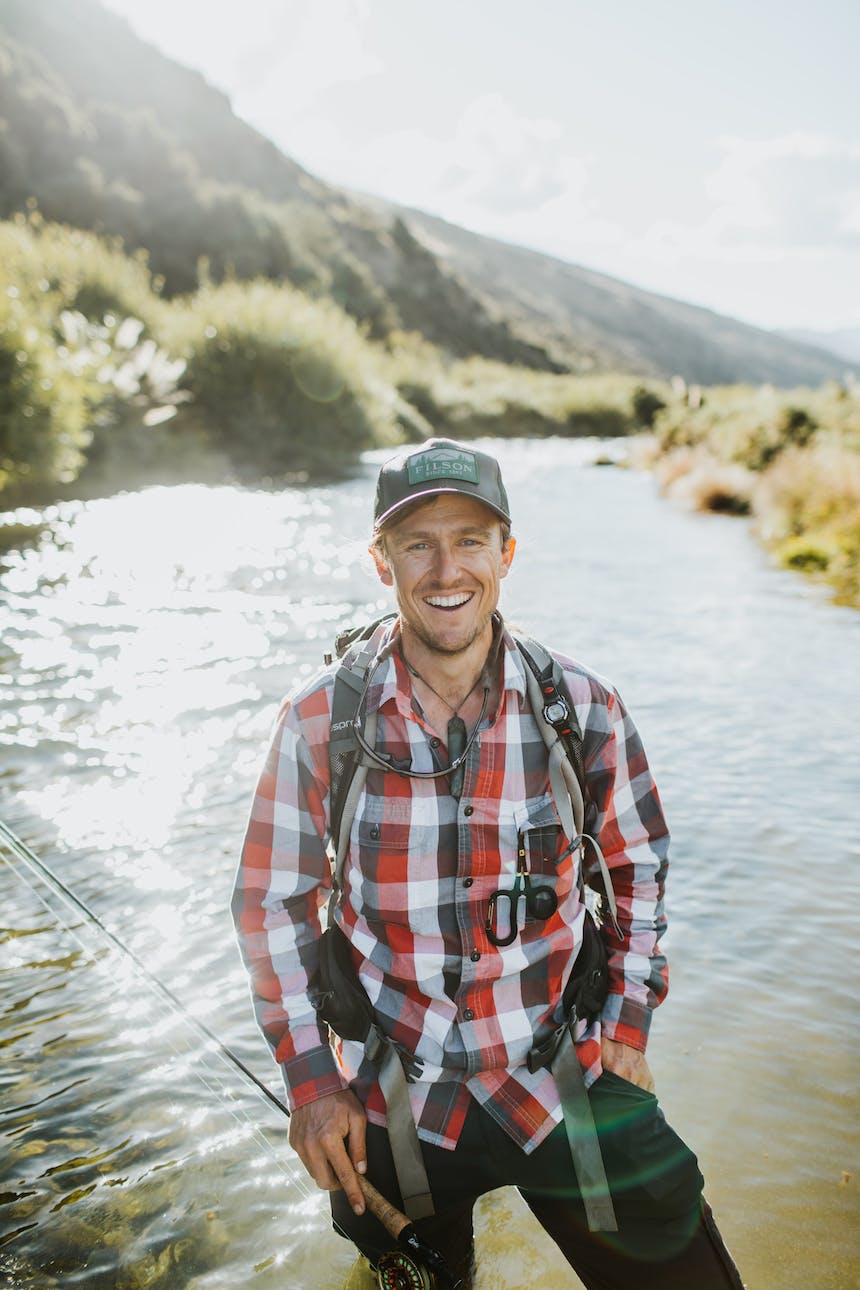 What started as a hobby became much more than that when I began a PhD in history on the introduction of brown trout to New Zealand. I spent three years thinking of almost nothing else, reading over 60,000 newspapers articles from the 19th century and writing what I hope will be a comprehensive history of brown trout. Such a project had, I think, the potential to rob me of much of pleasure I get from fly-fishing, but as it transpired the opposite was true. My time in the hills chasing trout became increasingly valuable as an escape, a refresher, and my passion for brown trout only deepened. 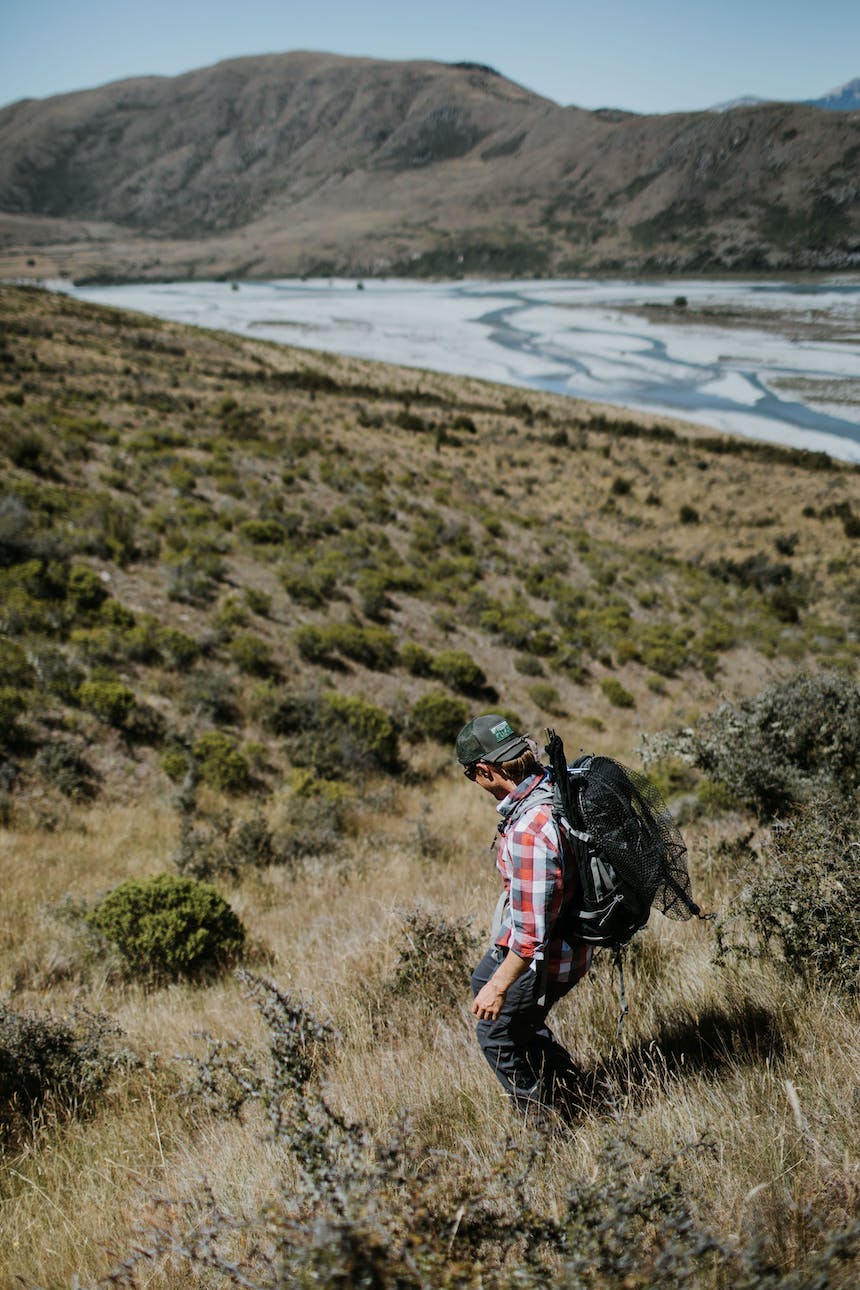 Brown trout occupy a curious and complex place in New Zealand culture. Lauded by many as a valued recreational species they are vilified by others for the damage they have done to indigenous freshwater species since their introduction to New Zealand in 1867. First brought to New Zealand from Tasmania, where trout were introduced from the United Kingdom in 1864, brown trout were symbolic of the re-creation of Britain in an antipodean setting. They represented the ability for British settlers to transcend the strict class system of the United Kingdom and obtain recreational opportunities that were only available to them back home at poachers risk. Today New Zealand’s brown trout fishery is recognised globally as one of the finest in the world, offering the ability to sight fish for large trout in crystal clear water, all whilst surrounded by some of the most beautiful scenery conceivable. 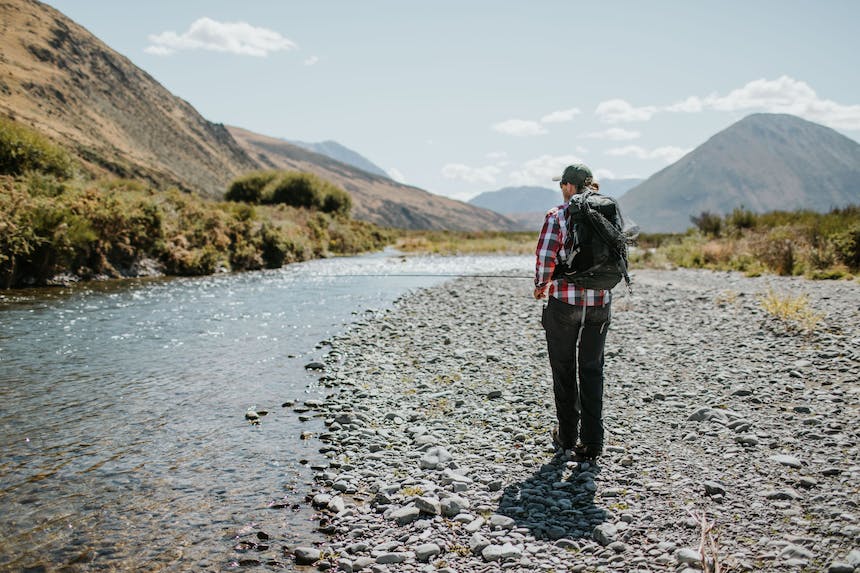 Today old timers talk of the good old days of New Zealand fly fishing with rose tinted glasses, heavily imbued with nostalgia. Superb angling can still be had in New Zealand, but if things continue in the direction they are heading then my generation may well be the old timers whose pessimistic words ring true. Our lowland streams are being subjected to increasingly intensive water abstraction to support a questionable dairy industry, whilst legal protections for freshwater in New Zealand are eroding under pressure from various commercial interests. Contrastingly, our backcountry fisheries are receiving a huge increase in angling pressure, particularly from a growing tourist contingent, sufficient to have a marked impact on the angling experience. As a friend put it to me: “We’re in danger of loving the river to death.” 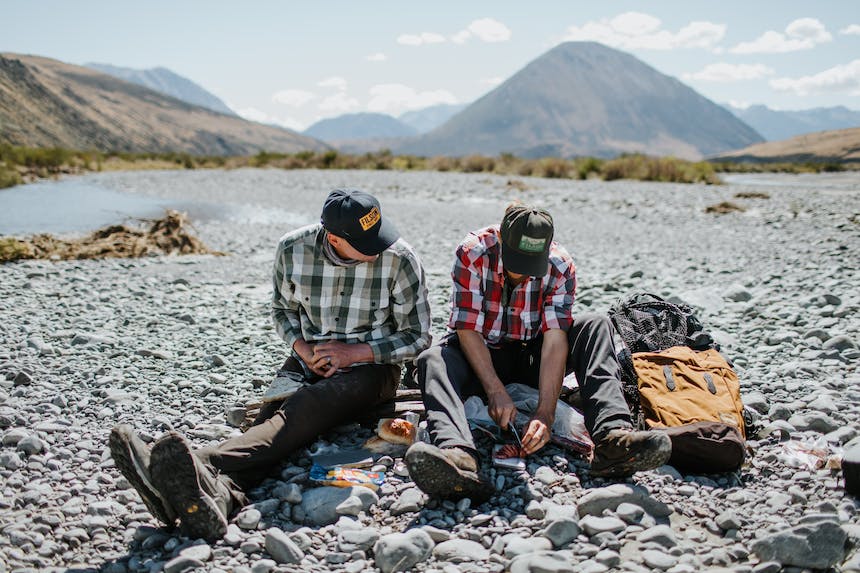 Neither of these problems have simple solutions, and yet nor does that mean we should ignore them. With the increasing desire to commercialise freshwater, trout represent perhaps the strongest lobbying point for freshwater environmental protection in New Zealand. Trout fishermen and the body that manages the fishery, Fish and Game New Zealand, are vocal advocates for not just trout, but for requirements common to all freshwater species in New Zealand: cold, clean and plentiful water. Thus trout may curiously be the most valuable ally to a spate of indigenous fish upon which trout predate. 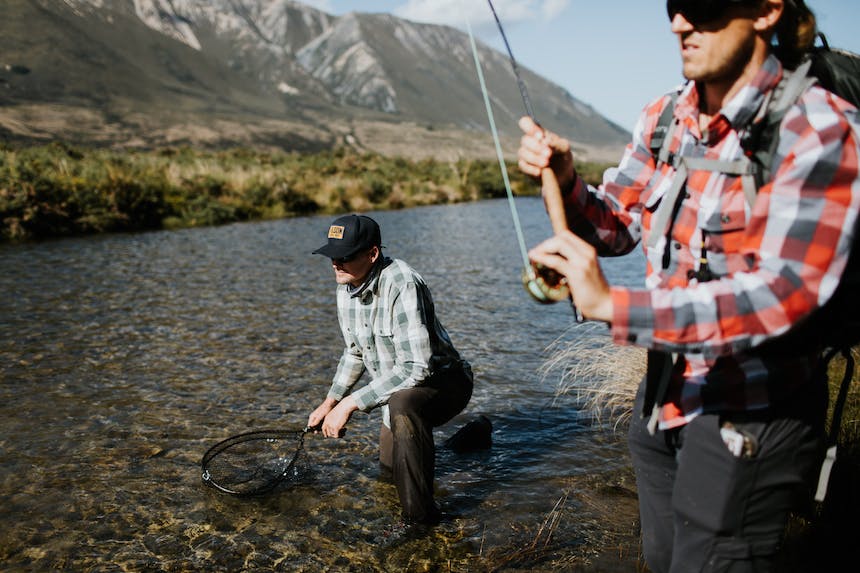 Now I realise this all got a little bit serious, but there’s a time and a place for serious moments. My hope is not to put anglers off from fishing New Zealand’s rivers and lakes, but rather to instil a sense of the value of the resource and the threats it faces. If you’re visiting New Zealand from overseas then on one level you know the value of the fishery, because you’ve travelled from halfway around the world to be there. But you might not be aware of just how fragile it is and how susceptible it is to angling pressure. Unlike many overseas fisheries that have several thousand trout per mile, some New Zealand rivers have fewer than fifty trout a mile (and sometimes significantly fewer). Because of the clear water and low numbers, each individual fish can receive very targeted pressure such that the fish are forced to change their behaviour and feeding practices. So don’t simply fish the big name rivers that you know receive significant angling pressure, but rather branch out and explore things for yourself. I assure you the rewards will be even higher when you catch a superb fish from a river of which you had no expectations. 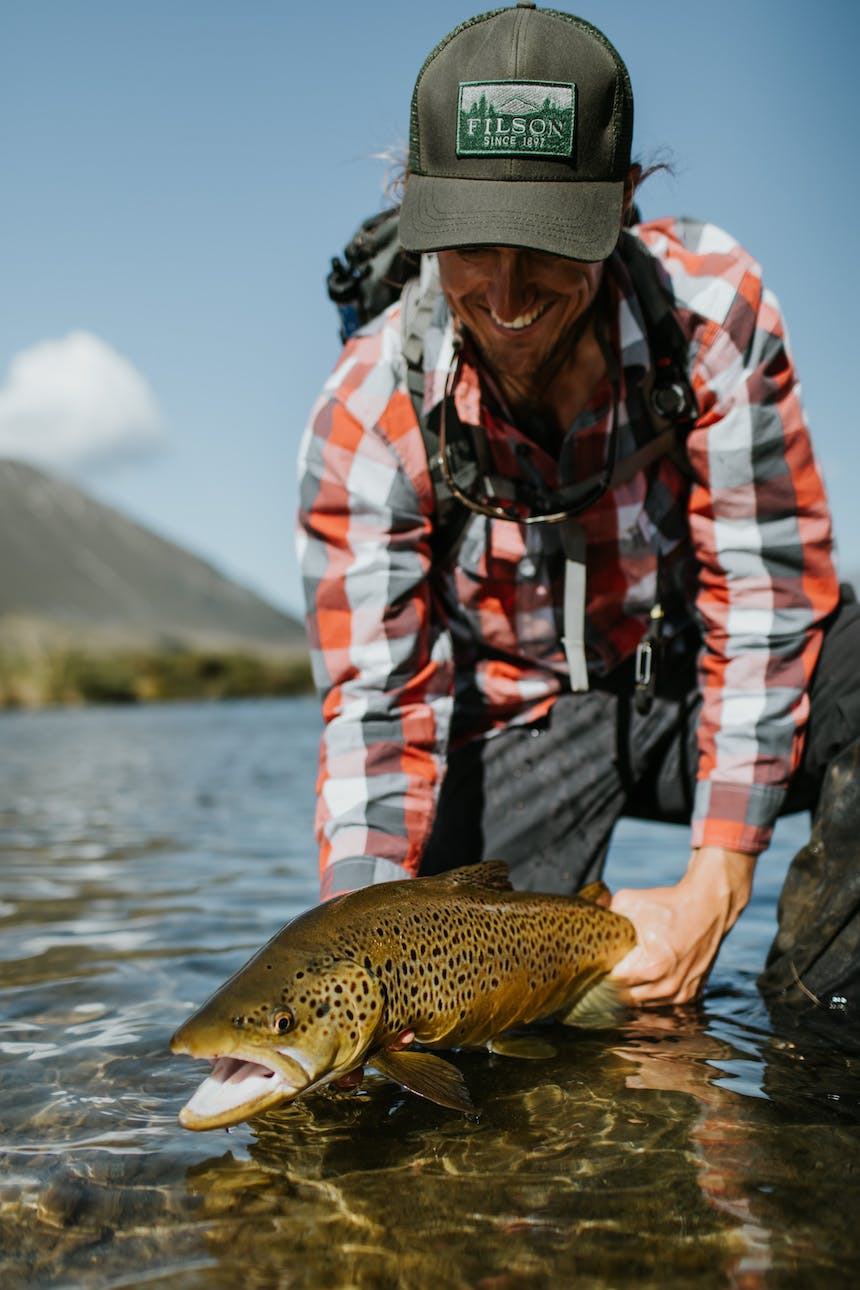 For locals and tourists alike, next time you are wandering a stream in search of trout, stop for a moment and let everything sink in. Realise the value you personally get from something as simple as trying to catch a fish, and stand up for it. Ensure future generations know that simple pleasure. Because few things compete with that little moment when all of a sudden a twenty foot cast isn’t so simple.

Come by It Honestly: Born into Bull Riding