Jeff Thrope of outdoor lifestyle blog, Cold Splinters, is always on the road looking for the next adventure and oftentimes the adventure finds him. His love and adoration for the great outdoors has made him the avid hiker and camper he is today. For those of you looking to load up the car and head out on a camping trip this summer, Jeff recaps his favorite camping spots in the nation.

As I’m sure most of you will agree, telling someone the whereabouts of your favorite campsite in the woods/desert/canyon etc. is like sharing a treasure map with a pirate. Sort of. You just don’t do it. It’s your spot. In any case, here are a few of my favorite places to camp that aren’t really that secretive. Anyone can find them, and because they’re so handsome, that makes me happy. Just make sure you don’t leave your trash there so the rest of us can have just as good of a time when we roll through.

Enjoy it out there. 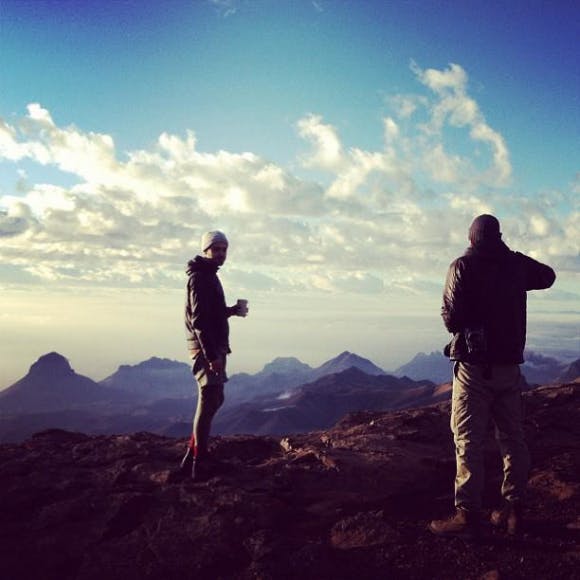 SOUTHWEST THREE (BIG BEND NATIONAL PARK, TEXAS)
This is the campsite to get if you’re going to be doing any backpacking in Big Bend. It’s a pretty mellow hike up the Chisos Mountain Trail (Edward Abbey’s “emerald isle in a red sea”) to the edge of the South Rim, which has one of the best national park views I’ve ever seen. Southwest Three is a secluded campsite right near that grand ol’ view, so it’s easy access for sunrises and sunsets. And the campsite is also right on a cliff, so your second (!) balcony looks over the Rio Grande and Mexico. Not bad. Reserve it at the visitor center as soon as you arrive. 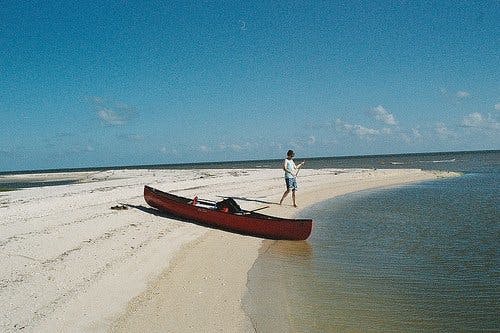 MIDDLE CAPE (EVERGLADES NATIONAL PARK, FL)
Paddling around the Gulf of Mexico is one of life’s great – not to mention hot – pleasures. Mangroves and undeveloped beach for miles, fires in the sand when the sun sets, and sharks that swim right next to your canoe as you set sail from Flamingo, FL. Middle Cape is a hard and long paddle for your first day, but it’s worth it. And whatever you do, don’t forget your Crazy Creek.

TEN MILE RIVER LEAN-TO (APPALACHIAN TRAIL, CT)
This one is a sentimental choice. Sure, it’s an amazing campsite. There’s a river, a big field, a lean-to so you don’t have to pack a tent. But it’s also two hours from the city and you can take the Metro North train to get there. I’ve spent many many nights at that lean-to, sometimes as a last minute decision on a Saturday morning to escape the concrete. No matter how much planning is involved, I always have a great night, feeling refreshed and ready to head home to Brooklyn. Argh. 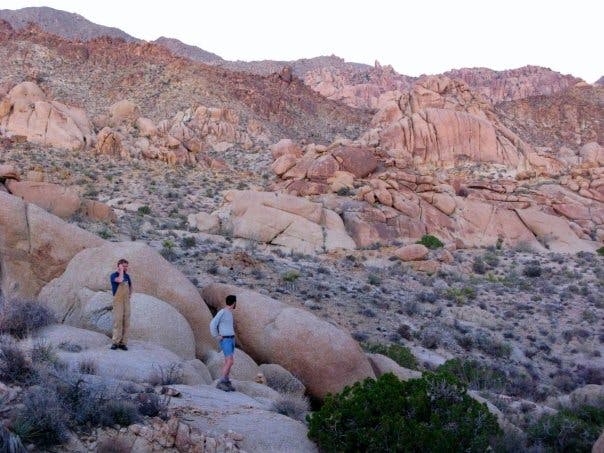 49 PALMS OASIS TRAIL (JOSHUA TREE NATIONAL PARK, CA)
This is one of the best nights I’ve ever spent in a national park, hands down. The trail to 49 Palms is inundated with tourists during the day, which is fine, I suppose. It should be, right? It’s beautiful so lots of people want to see it. But very few of those people will have packs on their backs, so take yours with you and, when it feels right, veer of the trail at least 500 feet (park rules) and set up camp behind the rocks. Even a few feet from the trail, hidden behind giant boulders of red, is a different world. The trail starts emptying out as the sun is setting, so after your tent is up, get your ass down to see 49 Palms, then hurry home for dinner and whiskey. 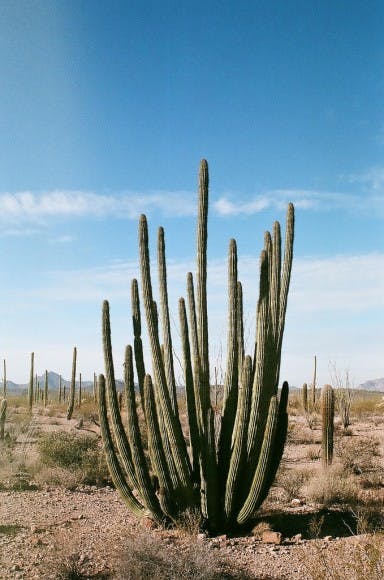 ALAMO CANYON CAMPGROUND (ORGAN PIPES NATIONAL MONUMENT, AZ)
Unfortunately, there’s no backcountry camping in Organ Pipes anymore. Too many dangers from the drug trafficking that runs rampant in the area. A ranger was shot a few years back, so there’s a reason for the strict rules. Either way, the primitive Alamo Canyon Campground isn’t the worst thing in the world. It’s a little secluded from the big campers that can fill up the parking lots, and since it’s Organ Pipes and that means miles and miles and miles of desert, you still get the feeling of being in some backcountry. Because, as you’ll realize as soon as you get a few miles out of Phoenix, Organ Pipes is not Yellowstone. There’s nothing there. And THAT is why you go, of course. It doesn’t really matter where you sleep. 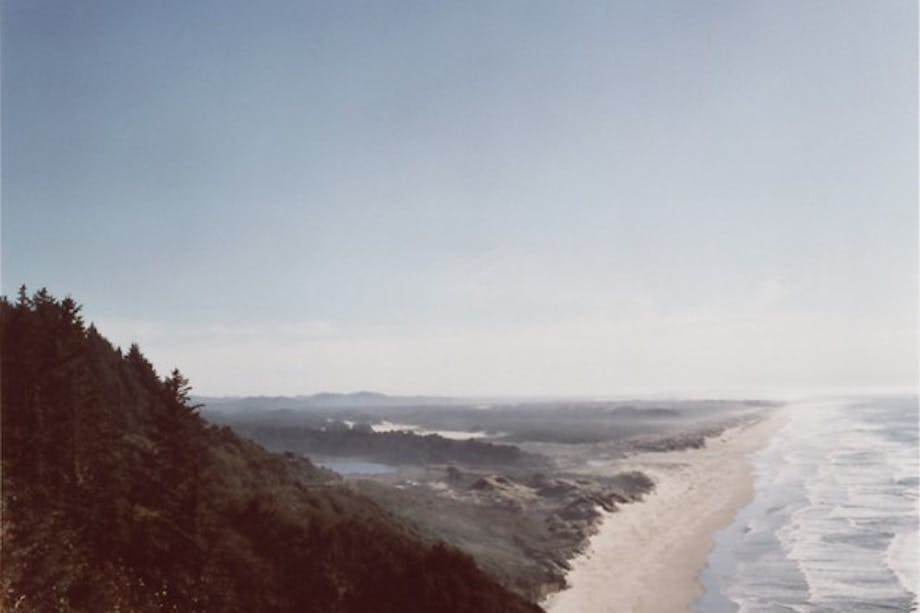 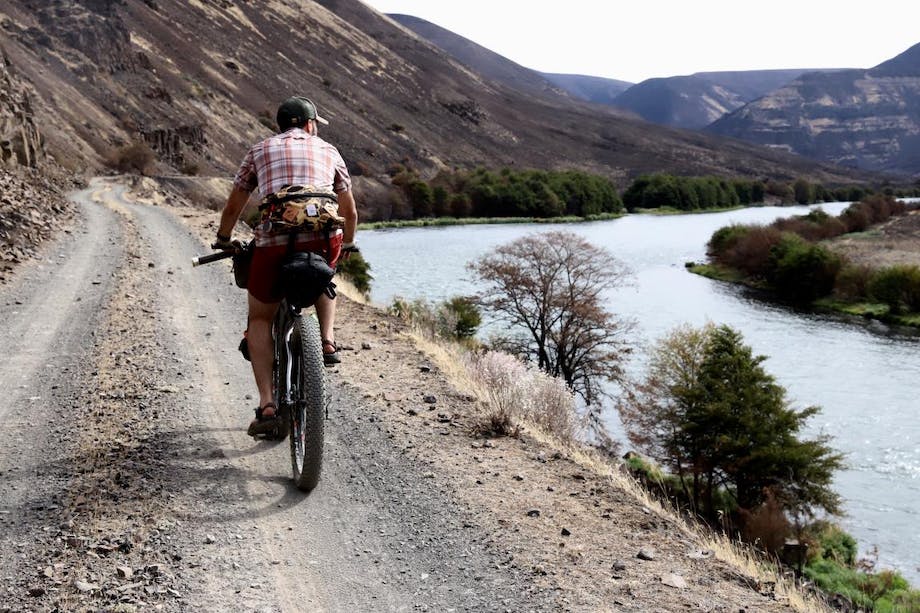