As a vital, but often unseen, part of our outdoor landscape, game wardens are jacks-of-all-trades—part policeman, part researcher, part educator. They are the folks on the frontlines ensuring that the outdoors we all love is being treated respectfully and correctly. From federal wardens patrolling our coastlines and backwoods to local officials working the streams and parks near our homes, they complete various tasks in close contact with all manner of creatures— humans included.

In a state as vast and diverse as Washington, the game wardens spread throughout its borders work in varied terrain—from parched high desert lands to verdant waterways wending through deep valleys. It’s safe to assume that they have seen and dealt with some interesting scenarios, and here are just a few.

I got a call about a dead porpoise in the middle of an illegal marijuana grow operation in Anacortes. When I showed up, the police were just leaving, and this guy with dreadlocks, a seashell necklace, and no shirt or shoes on, only a pair of ratty overalls, comes out and asks me if I am there to see the Ultimate Pirate Booty, AKA the porpoise.

He takes me onto his property and excitedly tells me about how he and his buddy found a dead porpoise on the beach while blissing out playing circus games. They decided to bring it home and use it for compost and maybe make some art out of its skull. He acted like it was just the most normal thing ever.

When he showed it to me and I told him that it was illegal to bring it home, he was shocked; he figured everyone could have a dead porpoise in their home. He helped me load it up, insisted I see his now-decimated grow operation, and invited me to a party the next week. Strangest call I ever had.

Another officer and myself were floating the Calawah River looking for people illegally fishing. We rounded this curve and saw four fishing poles in front of a house that were set up to snag steelhead trout, with bells on them to alert the occupant when a fish was on. That’s quite illegal. We went up to the house and knocked on the door, and this older gentleman opened the door, saw us, and said, “You got me, I was illegally fishing.”

Just then, his wife came to the door and coolly told us to throw the book at him. They had a deal that if he got any tickets for doing things like this, she got to spend the same amount of money on jewelry for herself, and she wanted something nice for Valentine’s, which was in a week. The guy was sweating bullets. When she walked away, we told him we could easily fine him close to $700, but we would go easy on him and cut a few corners if he would not do this again. She still got to buy herself something good that year though.

I was driving my truck down a divided highway near Anacortes when I saw a Merganser Duck stranded in the middle of the median, trying to get across the busy road. I decided to help the little guy and went back to catch him. I chased him all over that median until I finally caught him and took him to my truck.

I put him in the back and started to drive down the road to the next exit to let him out. All of a sudden, I see him hop up on the side of the bed and look right at me. I swear, he shrugged his shoulders and then jumped out, right into the path of a minivan flying by at sixty miles an hour. It was like a feather pillow exploded.

“I was patrolling the docks in Tacoma at the beginning of crabbing season to ensure that no one was breaking the rules. From my hidden spot, I could see this guy stuffing Dungeness crabs into his backpack, and then he must have run out of space, because he started stuffing crabs into his pants.”

I was patrolling the Wynoochee River in late January a few years ago, and I came upon this guy standing on a bluff about twelve feet over the river. I was behind him, and he didn’t know I was there. He had a large fishing pole in his hand that you would normally use for deep-sea fishing, so I knew something was up. I got to almost ten feet behind him when he finally snagged a steelhead and jerked it out of the water and over his head.

The fish literally landed at my feet, and the guy pounded on it and clubbed it to death. Then he stood up, tossed it into the brush, and went back to the river. He was so focused on the fish he didn’t even see a six-foot-two warden in full uniform towering over him. I said, in a calm voice, “Hey, turn around.” He looked at me, all the color drained out of his face, and he said, “Am I going to jail?”

I was patrolling the docks in Tacoma at the beginning of the crabbing season to ensure that no one was breaking the rules. From my hidden spot, I could see this guy stuffing Dungeness crabs into his backpack, and then he must have run out of space because he started stuffing crabs into his pants.

I stopped him on the dock and started talking to him. While we were talking, his pants looked alive with movement in the crotch, yet he kept acting as if there was nothing going on while trying not to squirm. Finally, I told him, “I know you have crabs in there,” and he seemed almost relieved to pull out several female crabs.

WHAT YOU CAN DO TO HELP

The most crucial component to ensuring that game wardens can quickly and effectively do their jobs is the public at large. Besides looking up and following local laws, they are also the eyes and ears that can help wardens patrol their areas. If something does not look or feel right, then it probably is not, and wardens welcome a call to report it. Paying close attention and being able to be a good witness can help them catch perpetrators and keep our wildlife safe and sound. 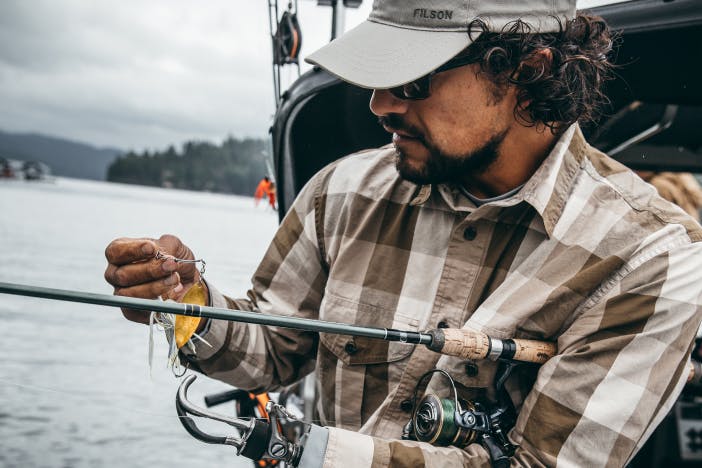 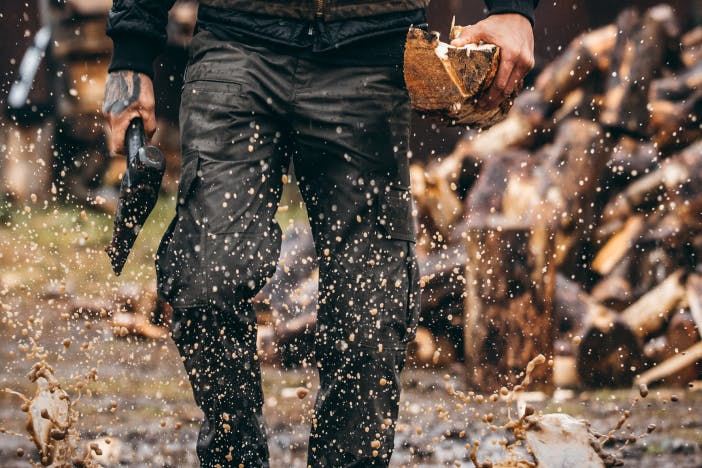 Train Like a Wildland Firefighter, Workout 3: “The Pack Challenge”