As they migrate south every autumn, North American waterfowl bring more than just hunting opportunities and a spectacular migration display. Many carry critical intelligence for the future of their species and others. That information is contained on small metal leg bands worn by tens of thousands of ducks and geese. When recovered, that band data gives biologists powerful insights that boost waterfowl management, research, and conservation. And waterfowl hunters make much of that process possible.

“It’s an absolutely awesome data set that ecologists, biologists, and wildlife people around the world use to answer broad questions on how animals live and die,” said Dr. Michael Schummer, Roosevelt waterfowl ecologist at the State University of New York College of Environmental Science and Forestry, which trains waterfowl and wetlands scientists and conservationists. “And that’s been vitally important for science in general across the years.”

Banding has been used for centuries. In 218 B.C., besieged Roman soldiers reportedly used thread to tie a message on a crow’s leg and then released the bird. John James Audubon and Ernest Thompson Seton pioneered early banding methods in the United States. Federal banding programs were established in the 1920s after the Migratory Bird Treaty of 1918.

Birds are fitted with an aluminum leg band engraved with a number. That number, plus information on the age, sex, and species of the bird, is sent to the federal Bird Banding Laboratory (BBL), part of the U.S. Geological Survey, in Patuxent, Maryland, where all the information is kept in a database. Subsequent data is gathered through follow-up encounters with banded birds, which occur through hunter harvests or when researchers recapture banded ducks or geese.

From 1960 through to Sept. 30, 2019, according to USGS, the BBL recorded banding data for almost 14.1 million ducks and more than 6 million geese. It’s also recorded more than 2.21 million subsequent encounters with banded ducks (about 15.7 percent of the total banded ducks) and almost 1.6 million with banded geese (about 26.3 percent of the total banded geese).

“Banding in general is important to compile data, primarily through harvest reports,” said Dan Delawyer, director of fund-raising and volunteer relations for Region 6 of Ducks Unlimited, North America’s largest waterfowl and wetlands conservation organization. “The banding data gives us a wealth of information, and that data is provided by ethical waterfowl hunters. Without that data, we would be doing a lot of guessing and hypothesizing, as opposed to doing what we’re doing now, which is getting hard numbers and getting a really good idea of the migration patterns and behaviors of these migrating waterfowl.”

Schummer said banding data allows gaining insights into waterfowl migration, reproductive success, and population trends. Further, it lets researchers monitor the ratio of juveniles to adults and compile annual survival rates—especially the critical survival rates of adult females. That information is then used to manage waterfowl populations. For example, scientists have long used banding data to track trends in mallard populations in the U.S. Fish and Wildlife Service’s Eastern Survey Area. A report by the New York Department of Environmental Conservation said mallard harvest estimates for the United States’ portion of the Atlantic Flyway decreased by about 45 percent from 1998 through 2018. That and spring population surveys were critical considerations when the Atlantic Flyway Council decided in October 2018 to decrease the 2019 daily mallard limit from four to two—a move actually welcomed by many hunters.

“We care more for waterfowl than we do the harvest, so without question, we understand there are times when we have to make modifications, such as with black ducks and wood ducks, populations of which have favorably recovered,” Delawyer said. “We’ve experienced reductions in bag limits in the past, and we’ll expect reductions in bag limits in the future. Its just another way that waterfowlers truly show they are the best stewards of the gift for which we have a passion.”

Much of that passion lies in the mysteries of waterfowl migration, and Schummer said bands and the data they supply reveal many stories to hunters fortunate to shoot a banded bird. Further, hunters can receive that information almost instantly nowadays simply by using the USFWS’ report band  website.

“I think that’s what really fascinates waterfowl hunters,” he said. “Migration in general is what attracts a lot of people to waterfowl hunting. These birds are coming thousands of miles, sometimes over short periods of time, and end up over your neighborhood or in front of your duck blind on a given day. If somebody gets a band, it’s exciting to see where that bird came from. Some folks are lucky to get a fair number of bands in their lifetime, but some only get a few.”

Often, the secrets bands disclose are surprising. Schummer said he once shot a banded blue-winged teal in the Bootheel region of southeastern Missouri. The duck had been banded two days earlier in North Dakota and had traveled about 1,000 miles in a day-and-a-half.

“These are the types of journeys these bird are making,” he said. “They are very efficient animals at making massive movements when they need to. And we get a lot of that info from banding: How far can they move in what period of time?”

Banding data actually reaches further than just waterfowl management, into areas such as human health. Schummer said banding efforts with pintails in Alaska let researchers know that those birds often go to Japan, return to Alaska, and then migrate to California. That led to increased surveillance for avian influenza and research into various strains of the disease, which is caused by a virus that occurs among wild aquatic birds globally and that can infect domestic poultry and other animals.

So the next time your retriever brings you a duck or goose wearing leg jewelry, appreciate the importance of the moment. Sure, the band will tell a great tale and look cool on your lanyard. But more important, you’ll be participating in a process that will help waterfowl, other wildlife, and perhaps even humans continue to thrive. 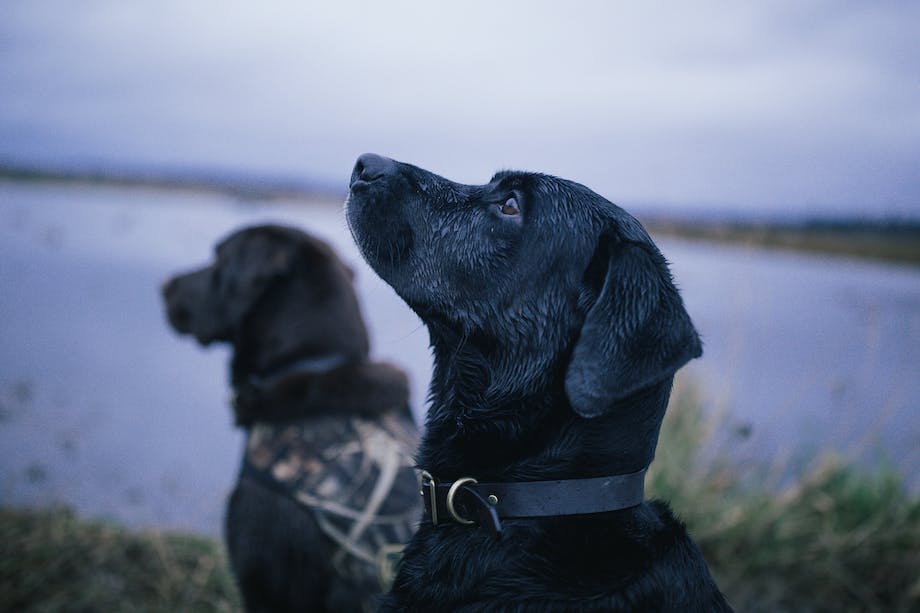 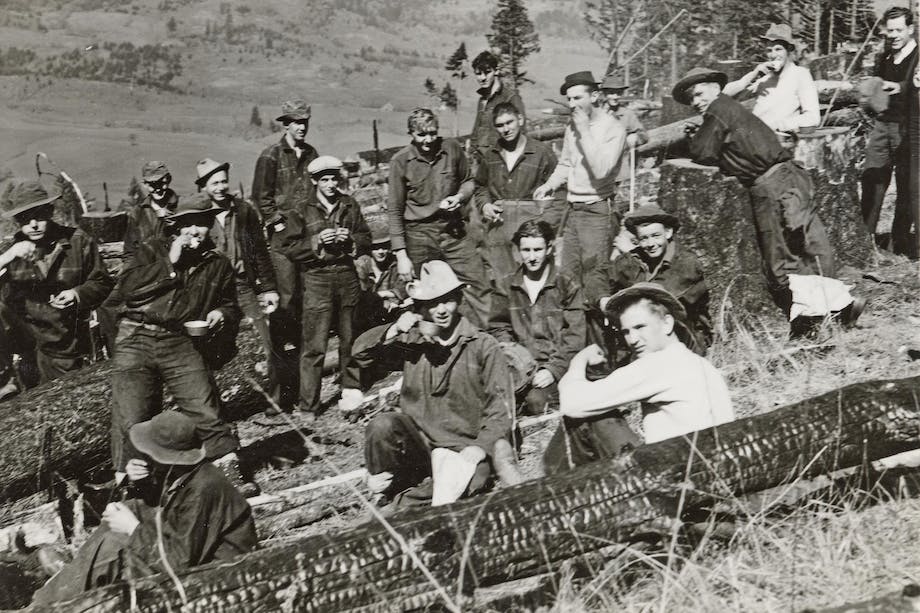 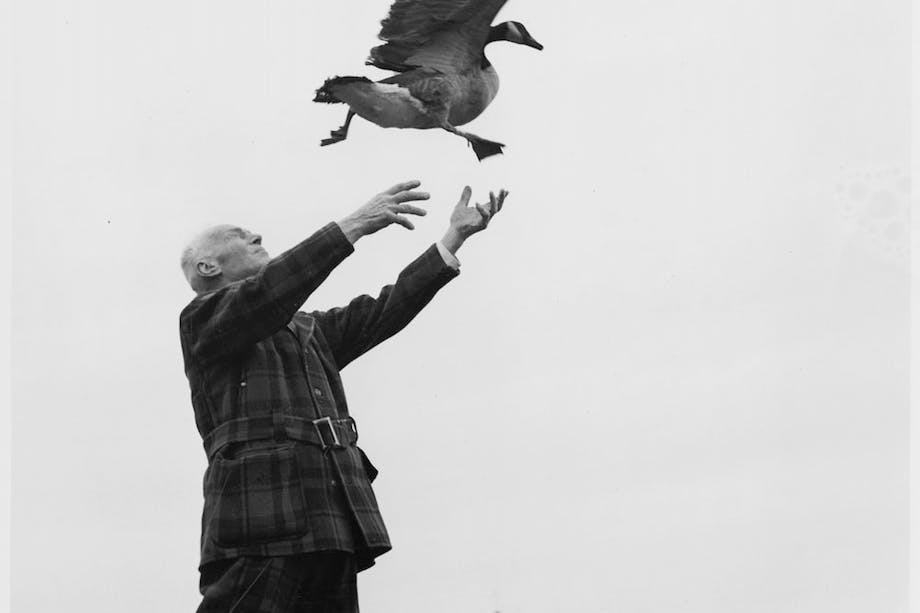 University of Georgia Deer Lab Boosts Our Knowledge of America’s No. 1 Game Animal