This work-horse of an aircraft has earned a reputation as one of the most capable bush planes ever built, and it was easy to see why as we flew out over the ocean and through island valleys in the remote stretches of the Kodiak archipelago.

Willy’s grin crept out from behind his distinctively Alaskan mustache as he turned to face us, “you boys ready to go flying?” Our headsets crackled to life and we shared off-color jokes as we taxied away from dock and made plans to fly out to a distant beach on the other side of Kodiak. The engine roared and the pattern of the spray from the floats felt familiar, like the spray from the hull of an aluminum boat hung with too much motor skipping across a small pond. Willy pushed on the throttle and we broke free of the water’s surface, quickly climbed up to 700’, and made the turn away from town. Without realizing it, we all were living a rare dream, we were flying in a de Havilland Beaver.

Fully designated as the de Havilland Canada DHC-2 Beaver, the “Beaver” is a single-engine, high-wing, propellor-driven short take off and landing (STOL) aircraft. It was developed by the de Havilland Canada corporation shortly after World War II as the company made a transition from producing military aircraft to designing and building aircraft for civilian applications. The Beaver was initially designed with utilitarian purposes in mind, cargo and passenger hauling, aerial spraying, and various other duties that would lend itself to being agreeable to any number of tasks. After the maiden flight on August 18, 1947, the plane went into full production. De Havilland Canada would produce 1,657 Beavers over the next 20 years until the original assembly line was shut down in 1967.

Over the course of the production lifecycle, the Beaver became renowned in the aviation world for its ability, build quality, and adaptability. Historically powered by a 450 hp Pratt &amp; Whitney R-985 Wasp radial engine, it has sufficient power to handle decently heavy loads for it’s size, and the design of the aft doors allows for stowage of larger cargo, most notably, 55-gallon drums. The Beaver is also quite capable on floats, such as the plane we flew in, and when upgraded to the more powerful PT6A-34 turbo engine making 680hp, it becomes an even more capable aircraft in both performance and payload.

The Beaver has become the stalwart of the bush pilot industry, with several hundred of the planes still in service across Alaska, Canada, and the Pacific Northwest. Viking Air of Victoria, British Columbia bought the tooling for the Beaver and has long made replacement parts and in 2006, also bought the type certificates for all the original de Havilland designs, including the Beaver. This gave them the ability to begin remaking original DHC-2 Beavers should they choose to do so, however the company has largely focused on building the turboprop versions from existing airframes. Kenmore Air of Kenmore, Washington also owns many supplemental type certificates and makes “rebuilt Beavers” that are very highly regarded in the aviation community.

This work-horse of an aircraft has earned a reputation as one of the most capable bush planes ever built, and it was easy to see why as we flew out over the ocean and through island valleys in the remote stretches of the Kodiak archipelago. The example we flew in had been meticulously maintained and responded promptly to all of Willy’s inputs, doing exactly as he asked of it without complaint. We talked over the radio and asked what other planes he’d flown and where he’d lived and at the end of a long dialogue he concluded, “but this plane and this place, these are by far my favorites, and I don’t intend to fly anything else, anywhere else.” Willy had found his home in the cockpit of a de Havilland Beaver above the rugged landscape of Kodiak, AK. May we all be so fortunate to find such a home. 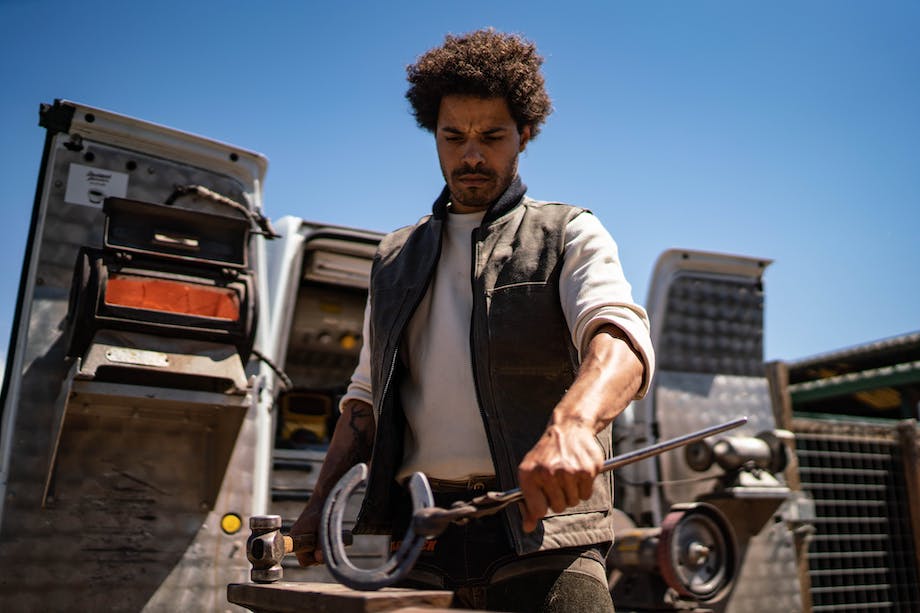 The Balance of Trust

Farriers spend years mastering the ancient craft of horseshoeing. It requires many hours of standing next to a hot forge, swinging a hammer, bending in uncomfortable positions, all within striking distance of a horse’s kick. “Ferrarius” is Latin for “of iron” or “blacksmith,” and farriering, in addition to skilled manipulation of hot metal, requires a